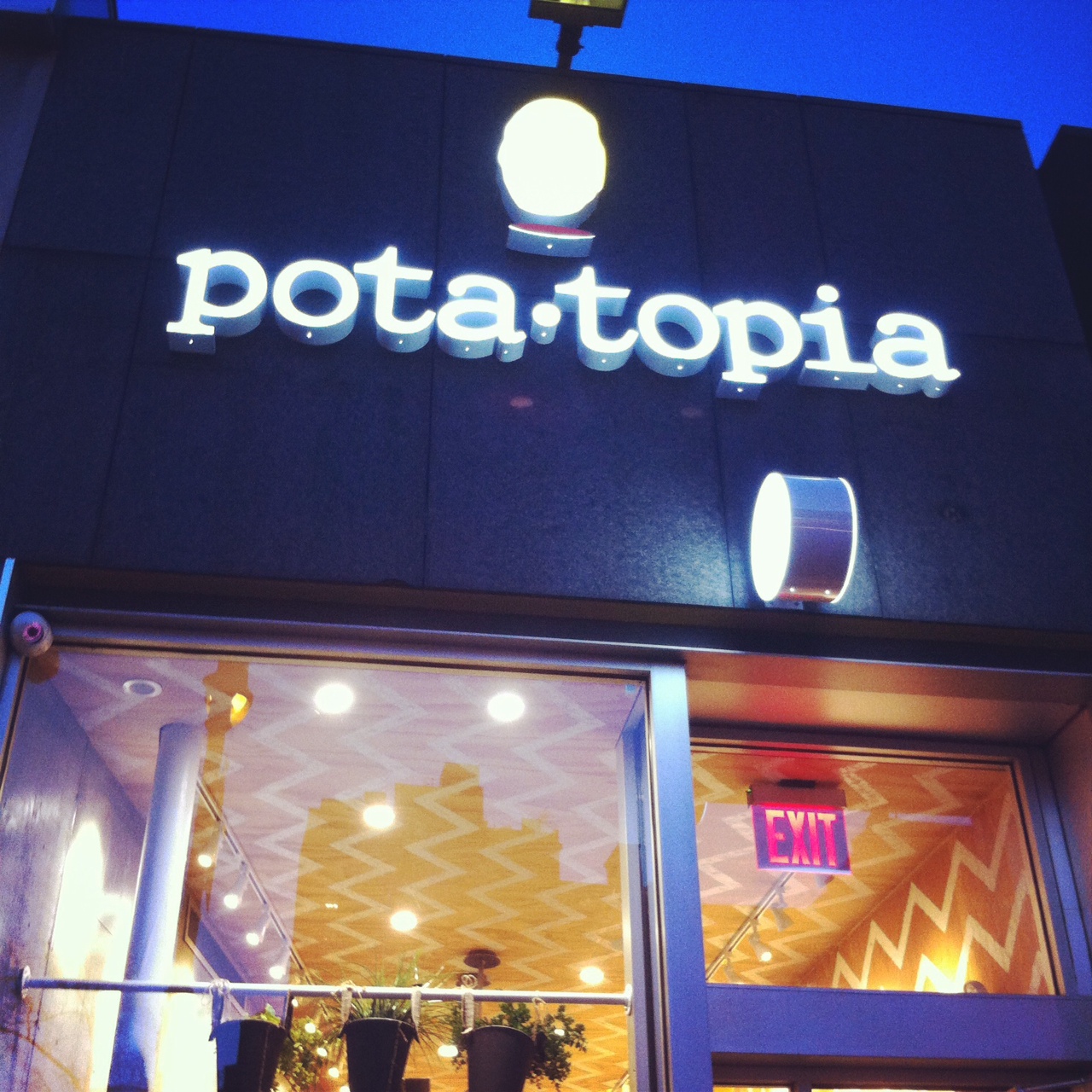 This post is dedicated to all the carb lovers out there! It’s been over 2 years since Angela and I started going on monthly noodle dates. While we still love ramen, we’ve decided to branch out to other carbs, like potatoes! Located in Greenwich Village, Potatopia is a little fast food joint that only serves potatoes. Perfect for carbaholics like myself. 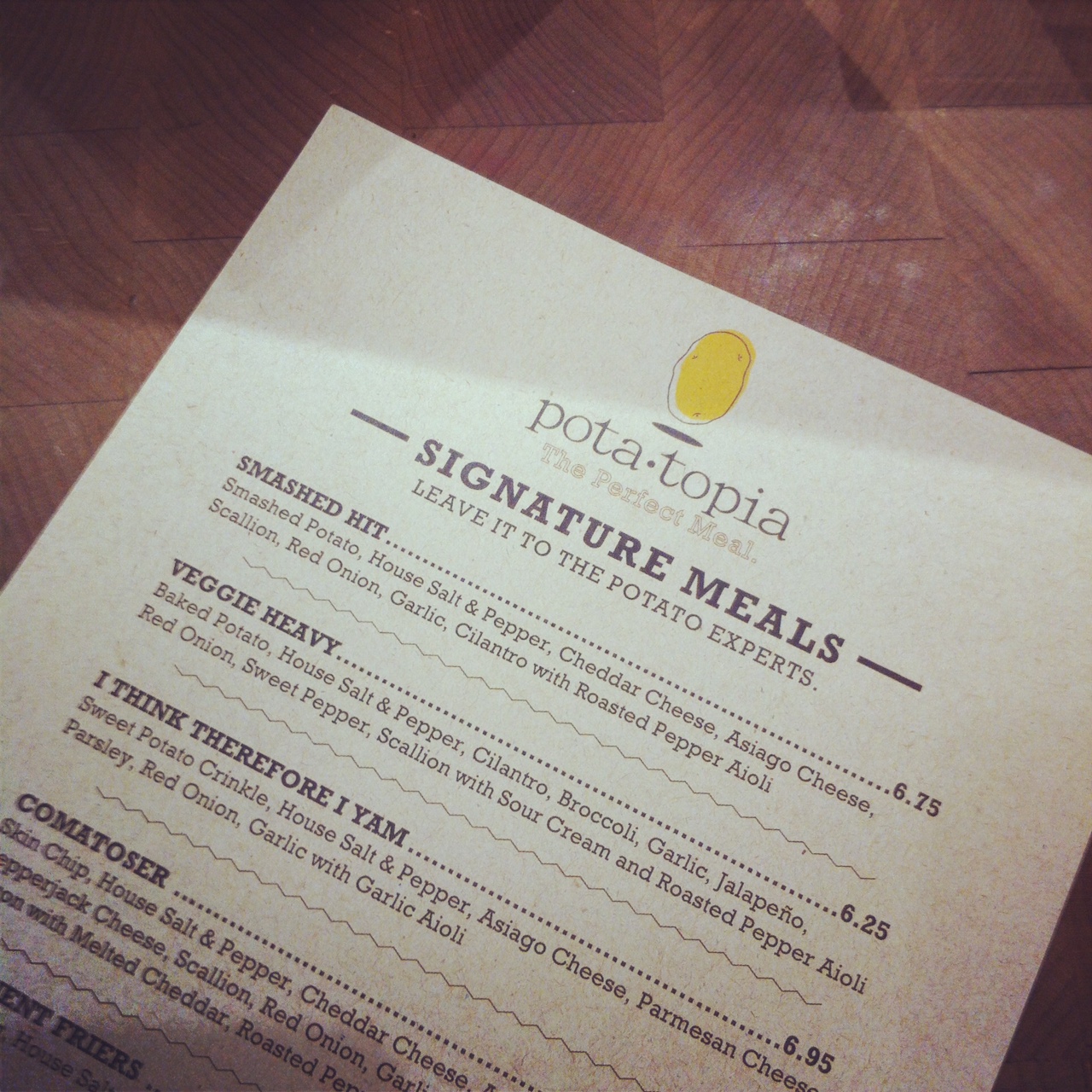 At Potatopia, you can build your own meal from a selection of 9 different potato styles, ranging from smashed potatoes to au gratin, and an assortment of toppings, proteins, and sauces. Choices are nice, but they also offer 6 signature meals. Believe me, it was hard for me to even decide between those 6 options.

Angela ordered the Curly Sue ($6.50). Curly cut fries, house salt & pepper, pepperjack cheese, parmesan, jalapeño, garlic, scallion with chipotle ketchup and garlic aioli. Looked pretty good, but goodness, they could tone down the sauces a little, especially as the potatoes themselves as already well seasoned. A bit too salty for Angela. 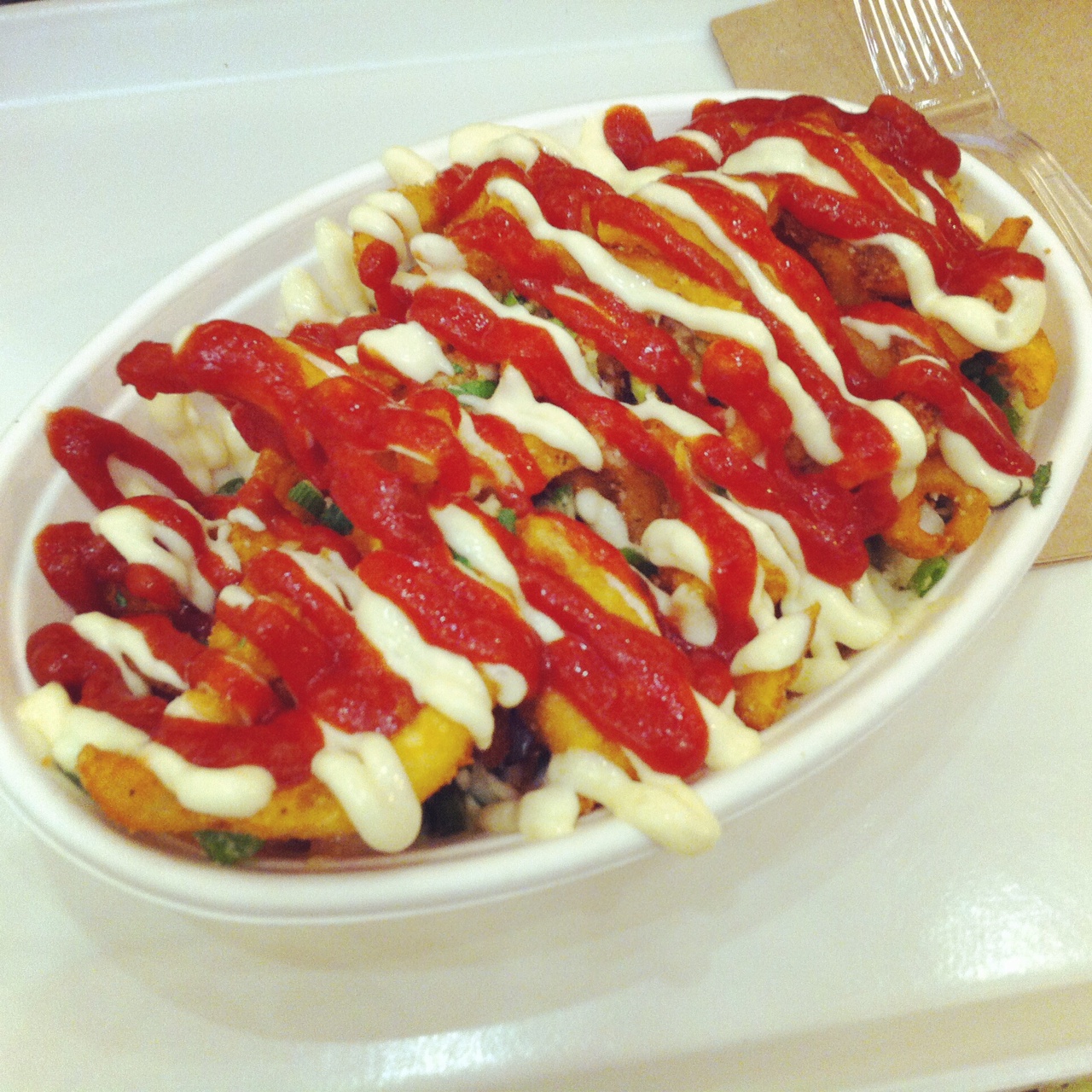 I ordered the Comatoser ($7.75) and asked them not to include the bacon. Potato skin chip, house salt & pepper, cheddar cheese, asiago cheese, pepperjack cheese, scallion, red onion, garlic, cilantro, jalapeño, broccoli, melted cheddar, roasted pepper aioli and ranch. What a beauty. The skin chips were definitely the right choice. I would have preferred less sauce, but I enjoyed this thoroughly. Mmm, carbs! 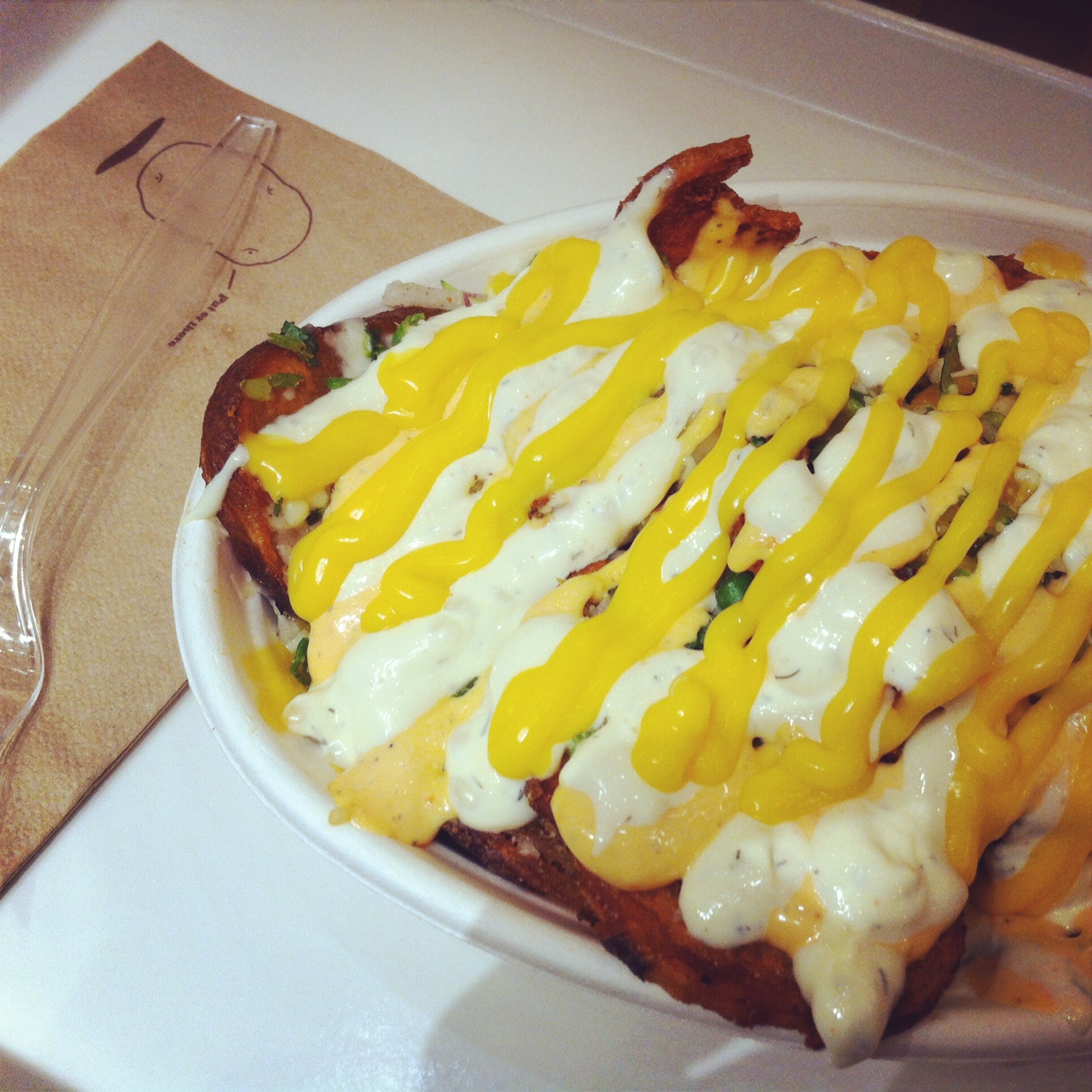 Beer is the obvious choice if you’re going to be binging on potatoes, but they, unfortunately, did not have beer that day. We ordered lemonade-tea instead, which was refreshing, but not quite the same. I’m sure I’ll be back sometime, and I know John is looking forward to trying this place too. Until next time, Potatopia! 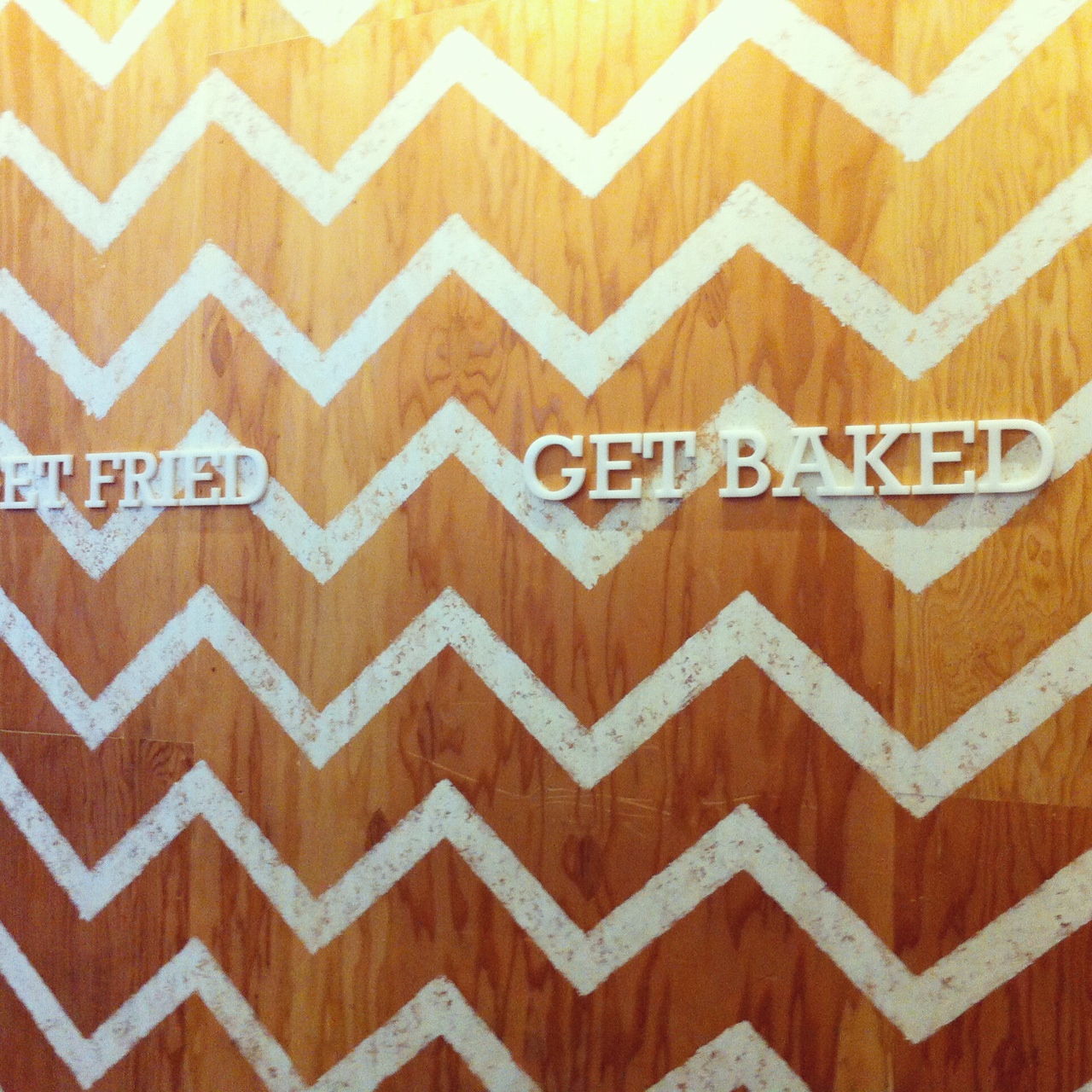 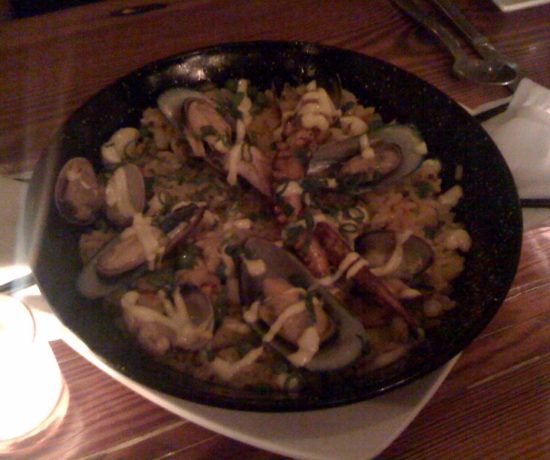 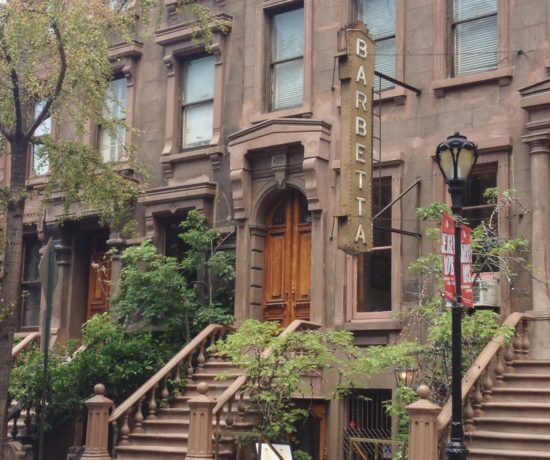 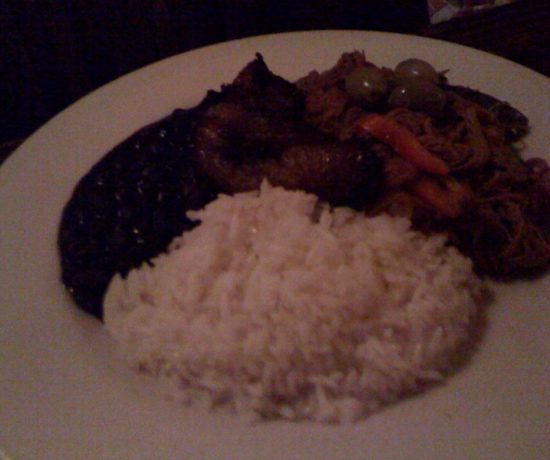