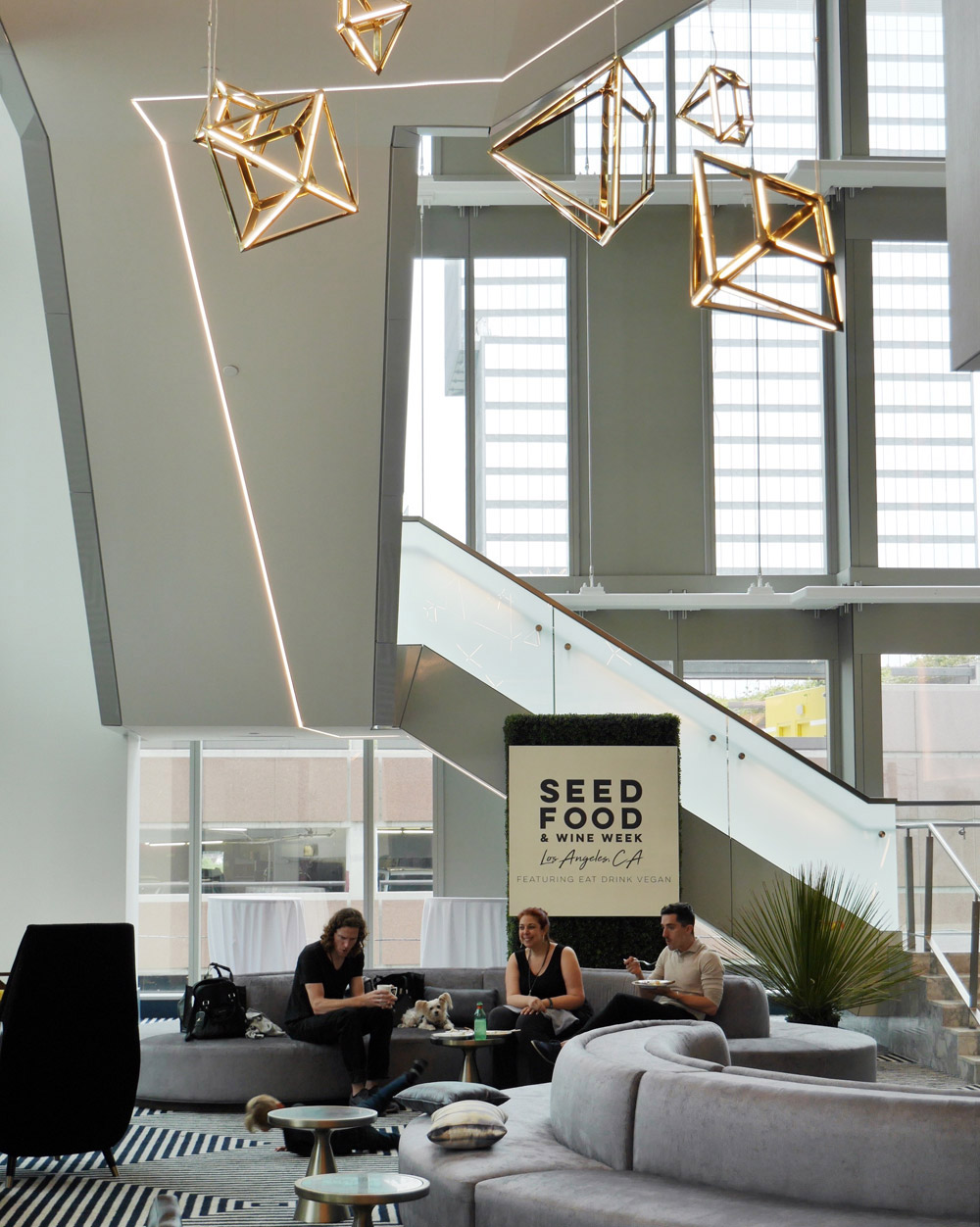 Back in May, I attended Seed Summit, the plant-based conference that marks the start of Seed Food & Wine Week. This was the first time Seed Summit has been held in Los Angeles, and it drew vegan bloggers, influencers, entrepreneurs, and business owners to the Hotel Indigo in Downtown LA. There were even a couple cute dogs at Seed Summit, and as you can see from the photo above, someone’s kid had a grand old time rolling around on the trippy carpet at the Hotel Indigo.

What is Seed Summit?

Seed Summit is a 2-day series of panels, workshops, and networking opportunities focused entirely on the vegan movement. The $250 ticket includes both days of the conference, the vegan fashion show, Seed Grand Tasting, and VIP access at Eat Drink Vegan. Breakfast and lunch are included during the Summit, as well as networking happy hours and an influencer and brand speed dating session (such a great idea!).

Speakers are announced on the Seed Summit website in the months leading up to the conference, but it isn’t 100% final until a few days before the Summit. For example, I recall seeing Joshua Katcher of Brave GentleMan on the speaker list when I purchased my ticket, but he was later removed from the list. They did, however, add Moby to the lineup at the last minute, which was really exciting. He’s been vegan almost as long as I’ve been alive.

Some of the other vegan leaders and influencers at Seed Summit 2018 include: Vevolution, Bosh TV, Sweet Simple Vegan and Conscious Chris, Hot For Food, Jackie Sobon, Badass Vegan, Keegan Kuhn (of Cowspiracy and What the Health), RawManda, Neto the Raw Boy, Sweet Potato Soul, Marco Borgos (he inspired Jay and Beyonce to go plant-based), TK Pillan (founder of Veggie Grill), and Colleen Holland (founder of VegNews). I happened to sit next to Colleen before Moby’s panel, and we briefly exchanged hellos, and like a fool I didn’t realize the woman with the VegNews shirt was the woman behind VegNews. #facepalm 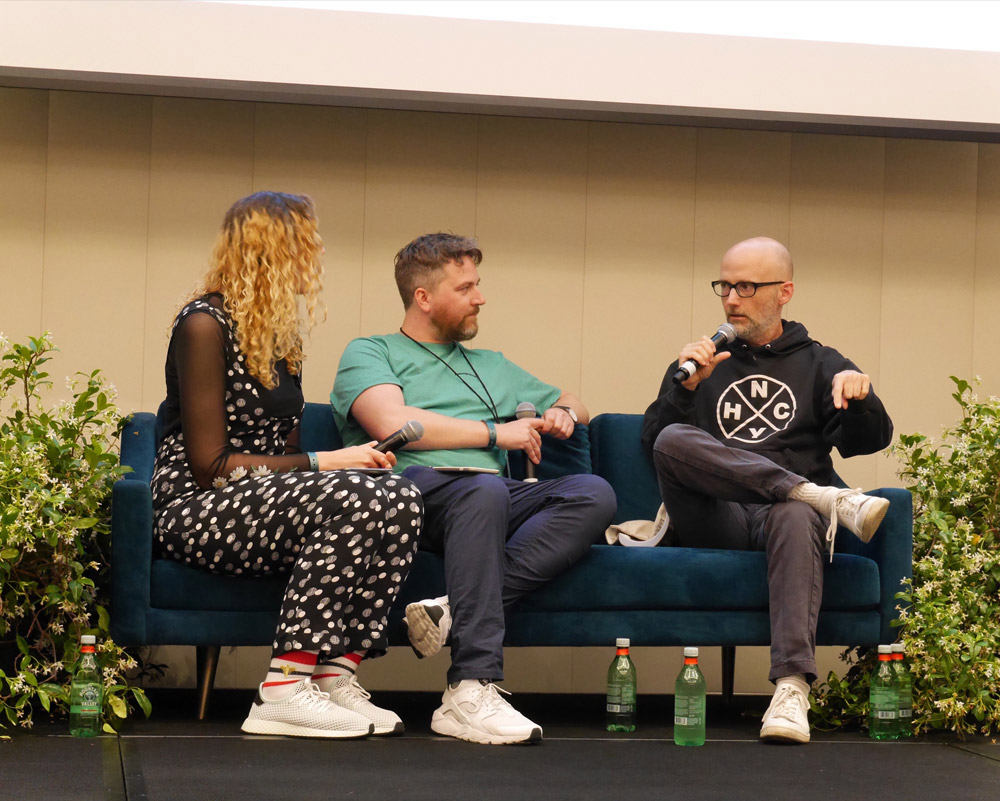 Is Seed Summit worth it?

Absolutely! I’ve been blogging for some time, but only “got serious” more recently, and I learned so much in just two days. I might have been overwhelmed if I were completely new to blogging, but Seed Summit is a great fit if you’re an existing blogger/influencer/business owner who’s looking to take the next step. For me, it was good to help shake that burnt out feeling and get inspired all over again.

One downside to Seed Summit is that there are two panels happening simultaneously, and you’re forced to choose between the two rooms! There are no bad panels, but some were clearly a better fit than others for me personally. In a couple cases, after I chatted with other attendees, I realized that I chose the wrong one. The best thing to do would be to come to Seed Summit with a friend, split up to cover everything, then regroup and share your notes.

At Seed Summit, the panels covered everything from blogging and social media, to book deals and food photography. Many panels revolved around the foodie angle to veganism, but many speakers also focused on wellness, activism, and sustainability. Some panels were more motivational and inspirational, while others got down to the nitty gritty of necessary, but not so thrilling things like editorial calendars. 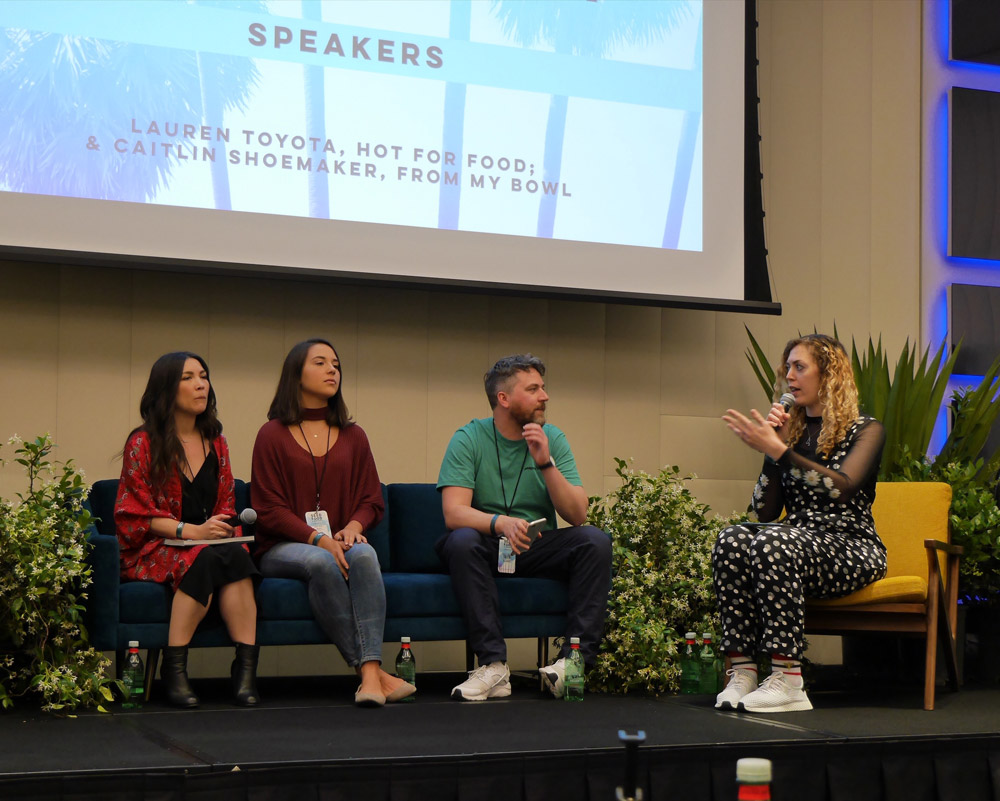 Some things I learned from attending Seed Summit:

1) Bring a good sized notebook. I originally planned to take notes on my phone or my tiny travel notebook, but on a whim, I decided to pick up a 5×7 notebook on my way to Seed Summit. Thank goodness I did because a lot of note taking went down. Some people brought laptops, but I personally find it difficult to pay attention to a speaker when there’s a laptop in front of me. I saw a couple attendees with mics to record the panels.

2) Let me just say: networking sucks when you’re an introvert. Even if you’re an extroverted introvert (yup, that’s me), it ain’t easy. Don’t feel like you have to meet and network with every single person. If you’re just attending Seed Summit alone, grab a table during breakfast/lunch, and I guarantee you that some nice folks will join you at your table.

3) People often think that influencers, especially those with hundreds of thousands of followers must be super outgoing and overly confident, but that’s not always the case. The influencers I spoke with at Seed Summit were approachable, genuinely kind, and very humble.

4) The one thing that stuck with me most from Moby’s panel was when he said and repeated “vegans should not attack others vegans.” I think of that every time I come across any type of vegan vs. vegan situation. For example, vegans shaming other vegans for not being healthy enough, for continuing to use non-vegan products that they purchased long before they went vegan, for supporting the controversial Impossible Burger etc. Just STOP. We should be working to help the animals, and if what you’re doing doesn’t help the animals, then it’s a waste of energy.

5) Another thing that Moby and many other speakers brought up is that there are different angles to promote veganism: emotive vs. data driven, food, health and wellness, climate change. You can use the different angles to appeal to different people, but people respond more to your tone than your content, so your voice is so incredibly important. Badass Vegan John Lewis mentioned that he always responds with positivity even if someone posts some kind of profane anti-vegan comment on his Instagram. Positivity always wins.

6) When it comes to your personal brand, be genuine, be authentic, be vulnerable. Don’t be product based, be messaging based. Know your voice, and know who you are. Show your true self because your followers will see through a persona. Be real.

7) Work hard. A lot of my blogger friends will talk about how much work goes into a blog post or Instagram post, but here’s the thing, that never changes. One thing that was brought up again and again at Seed Summit is that quality content creation takes time. Even the big influencers, the ones who seem like they’ve made it, still work around the clock into the wee hours. It’s a never ending learning process, and you’re constantly refining your craft. 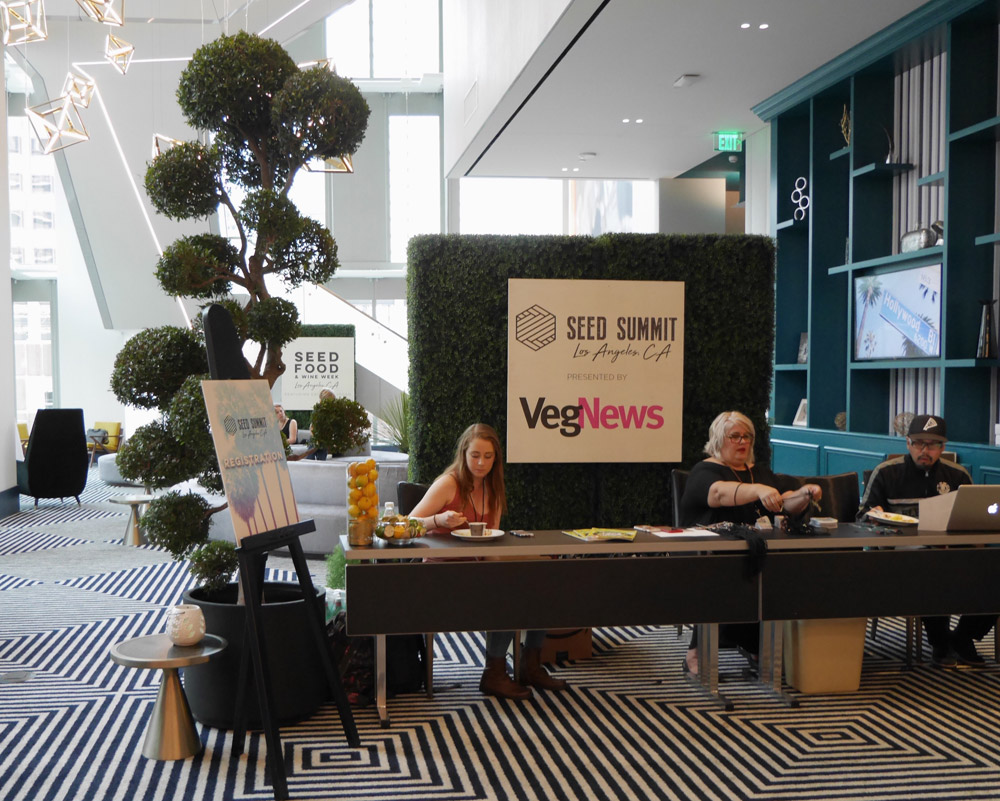 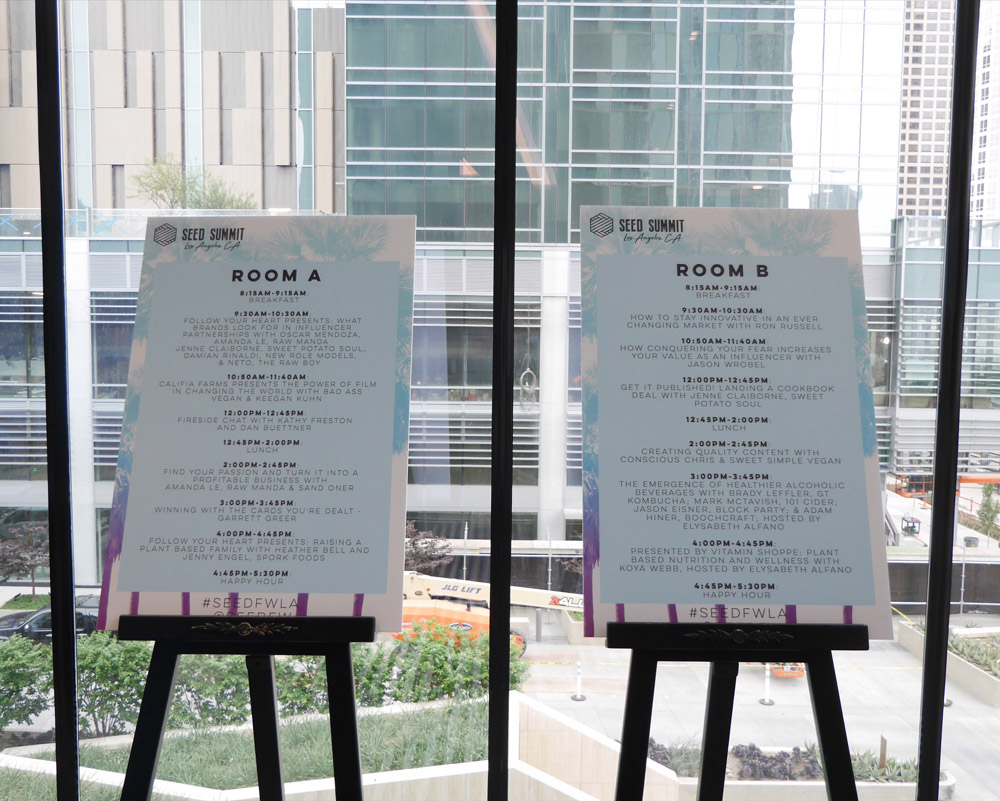 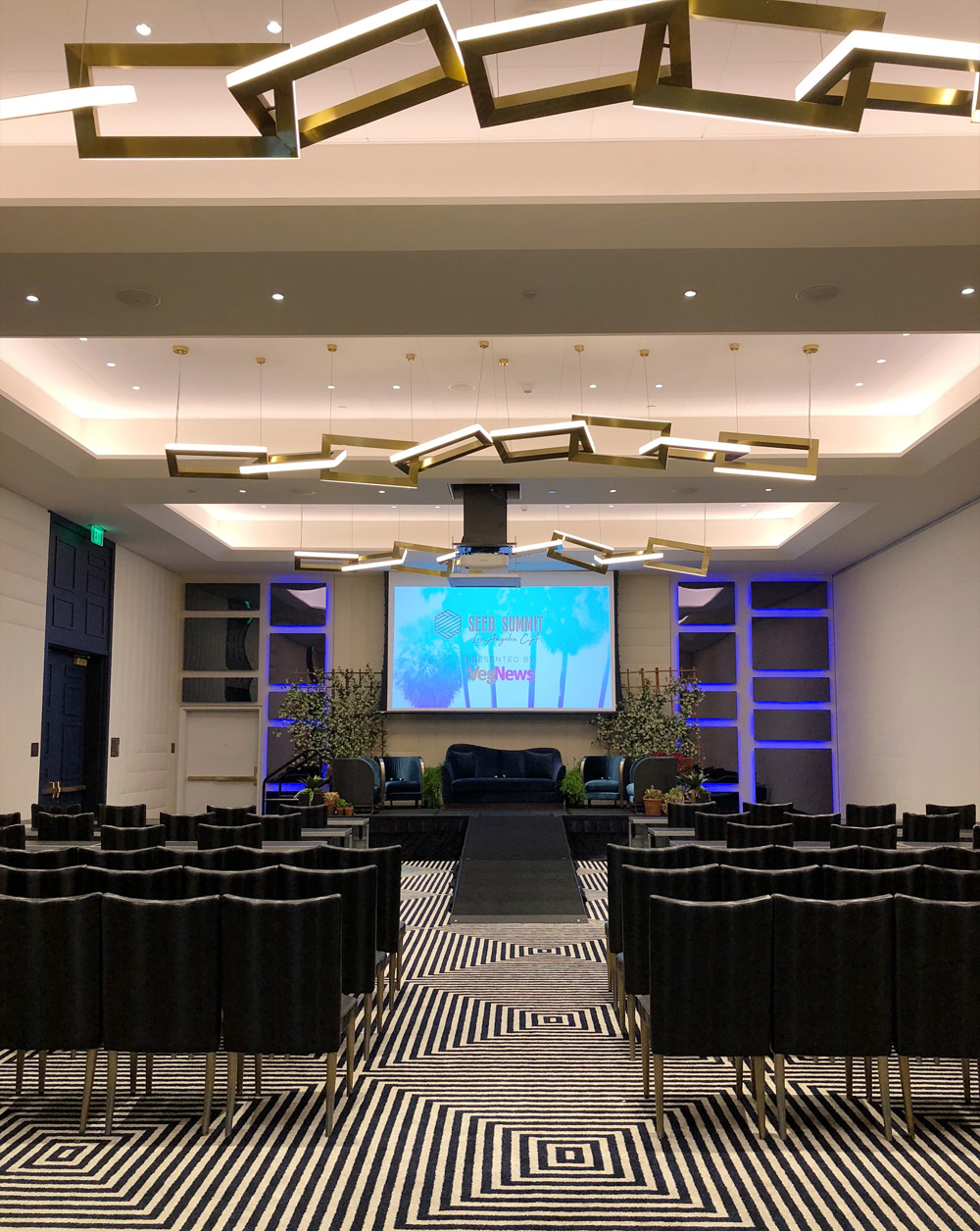 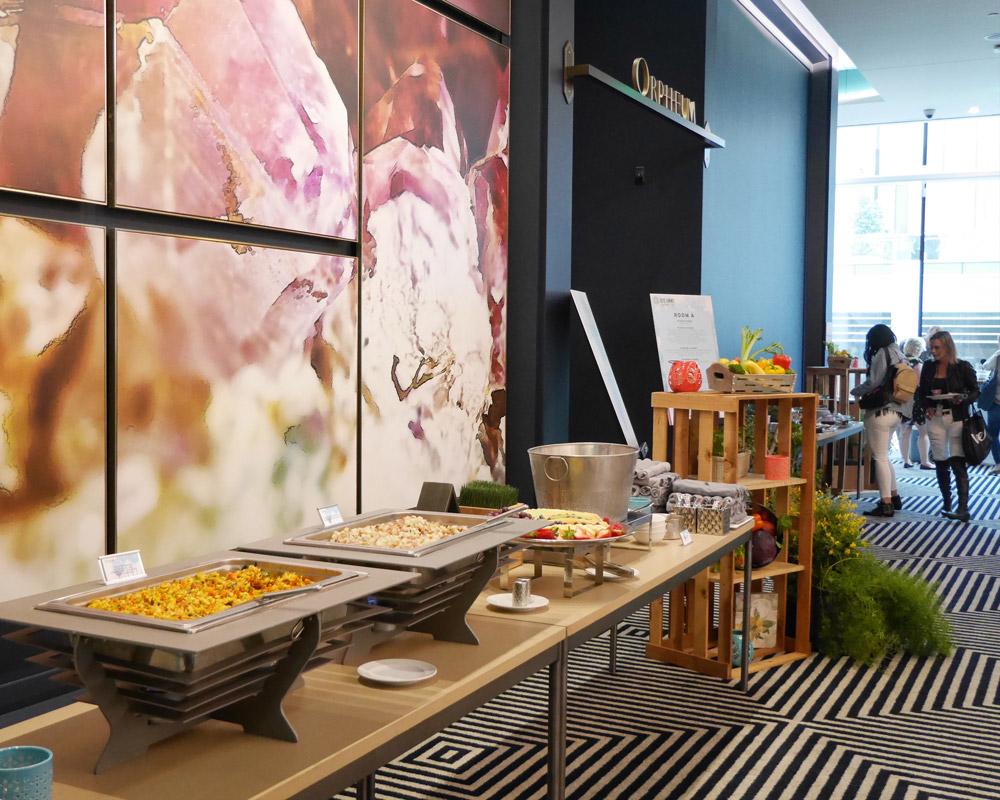 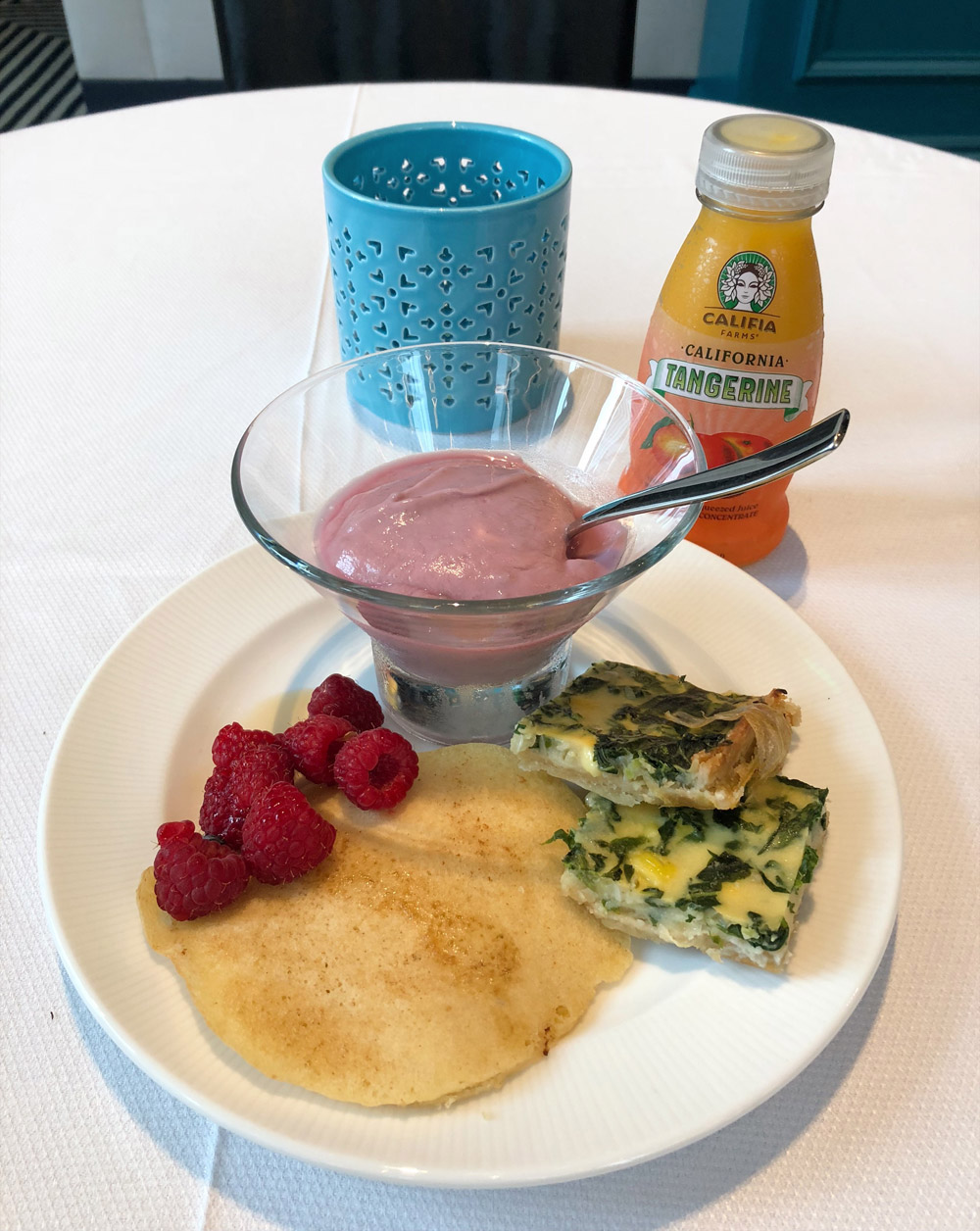 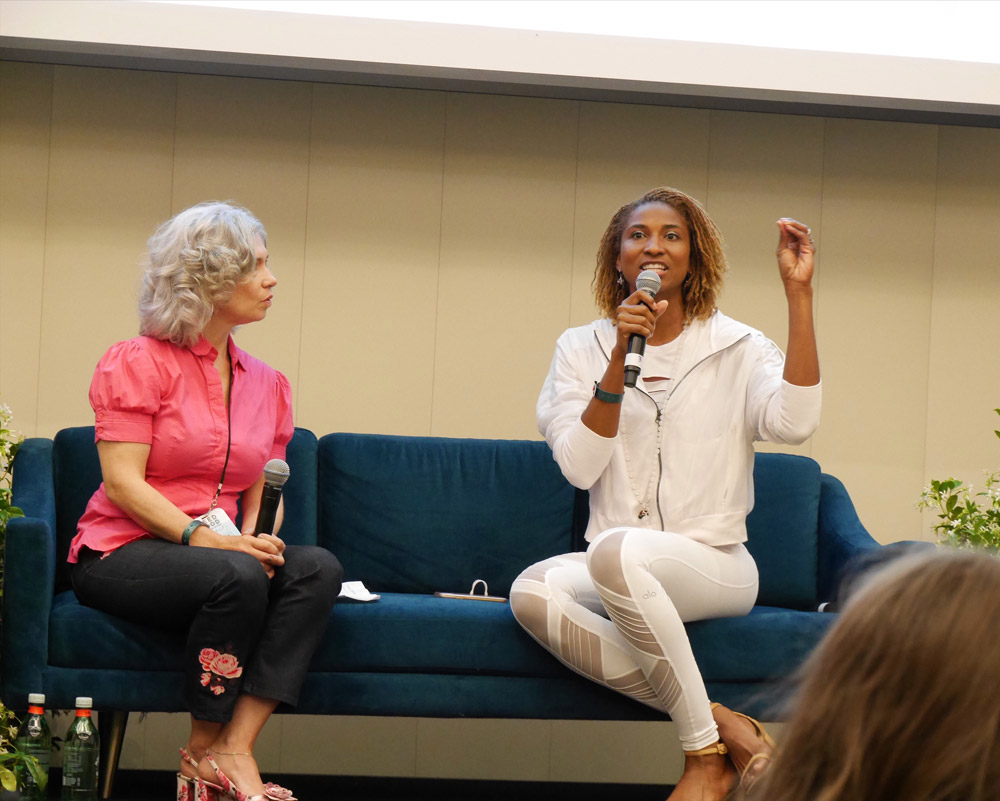 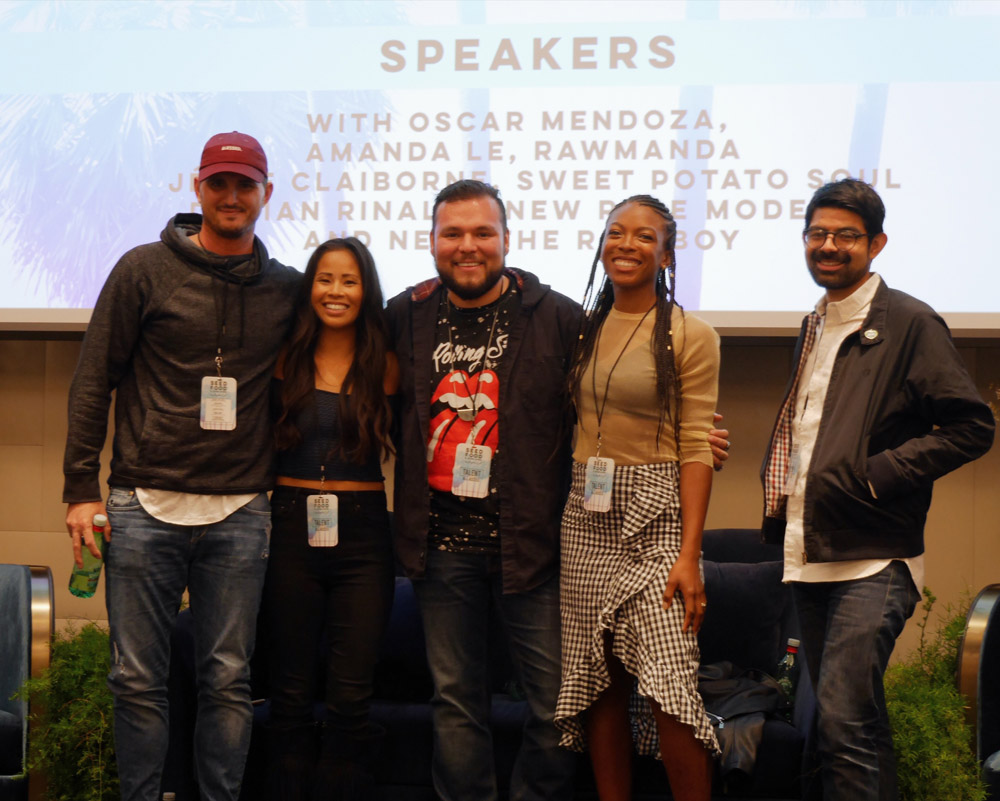 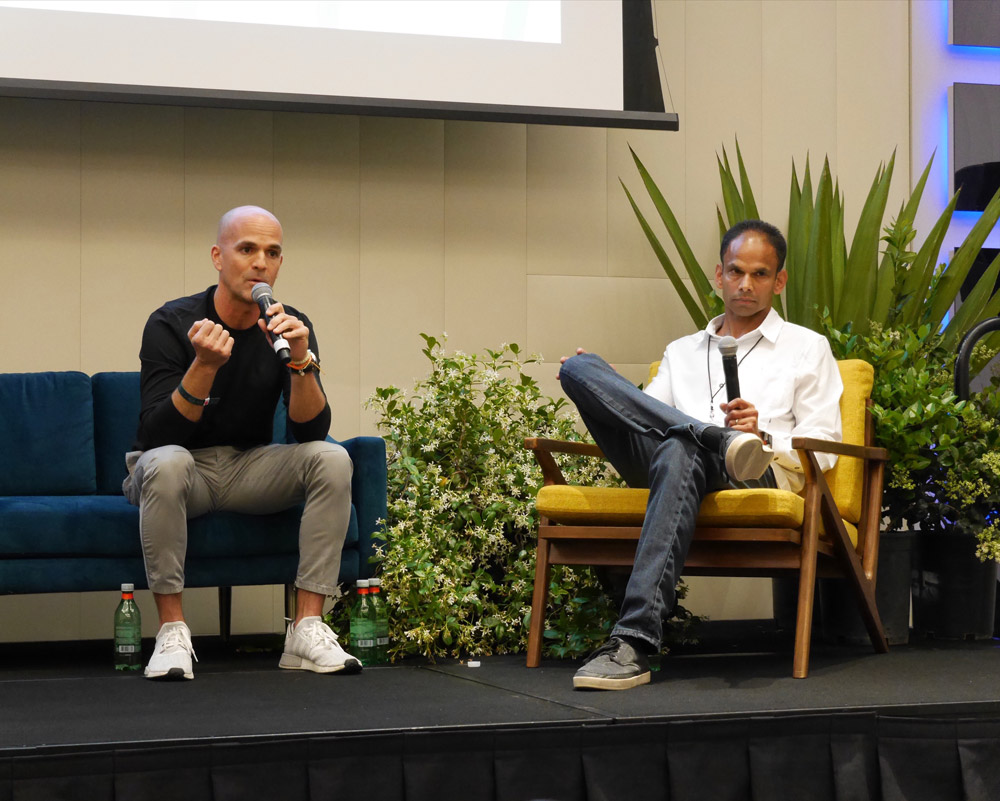 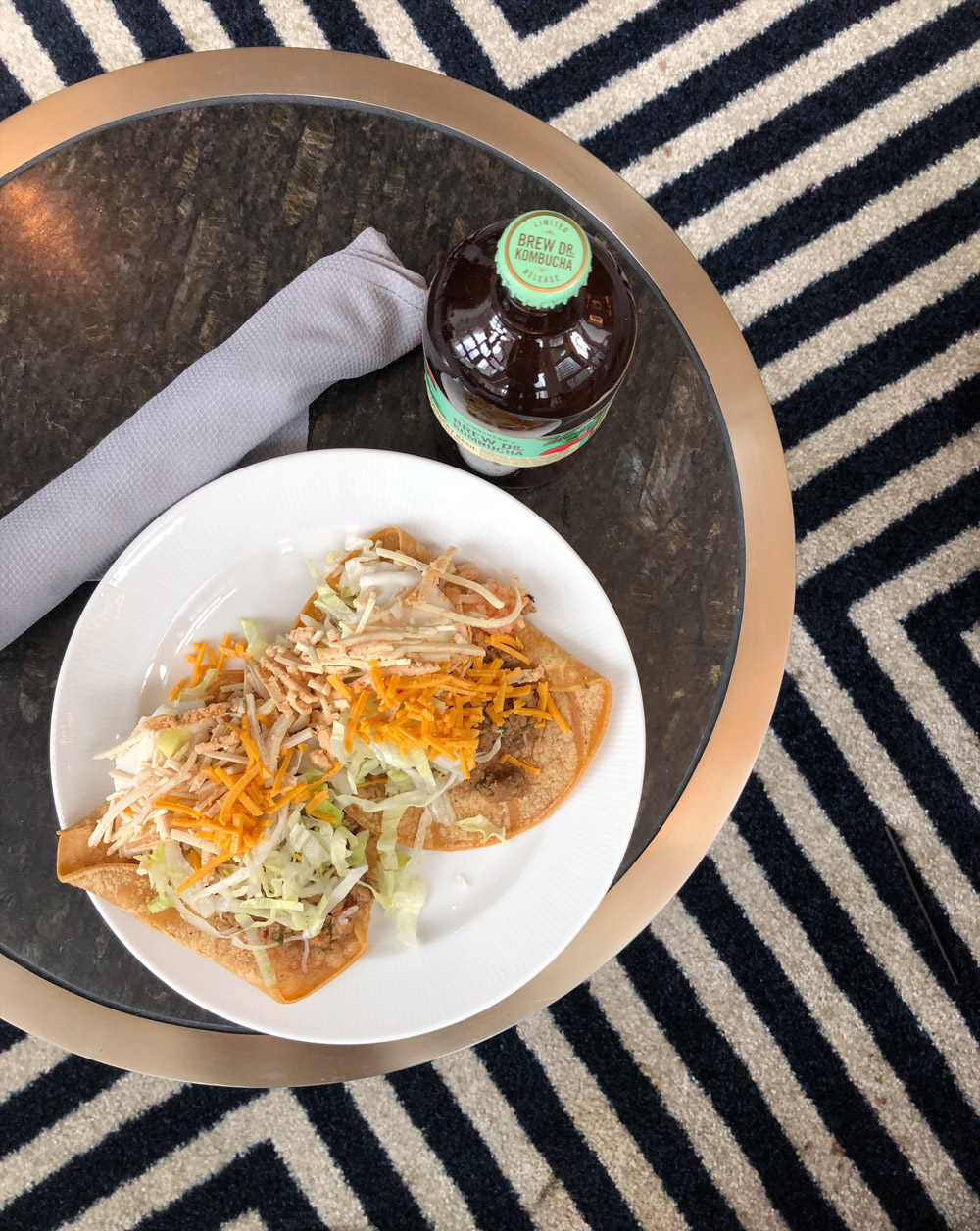 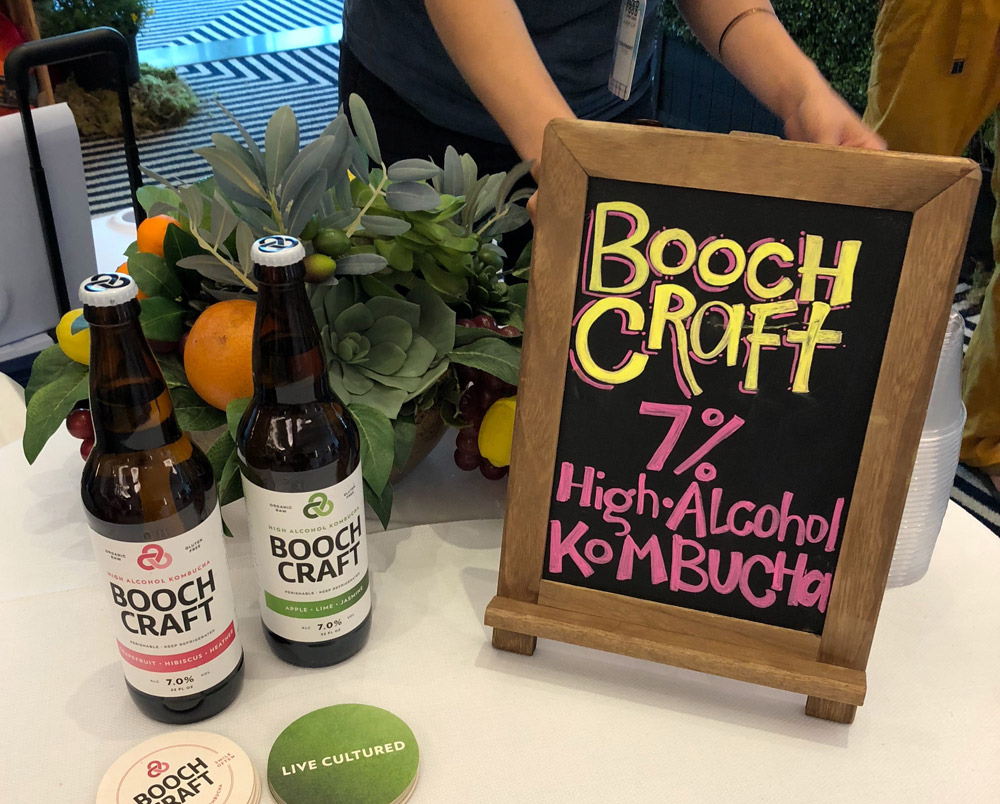 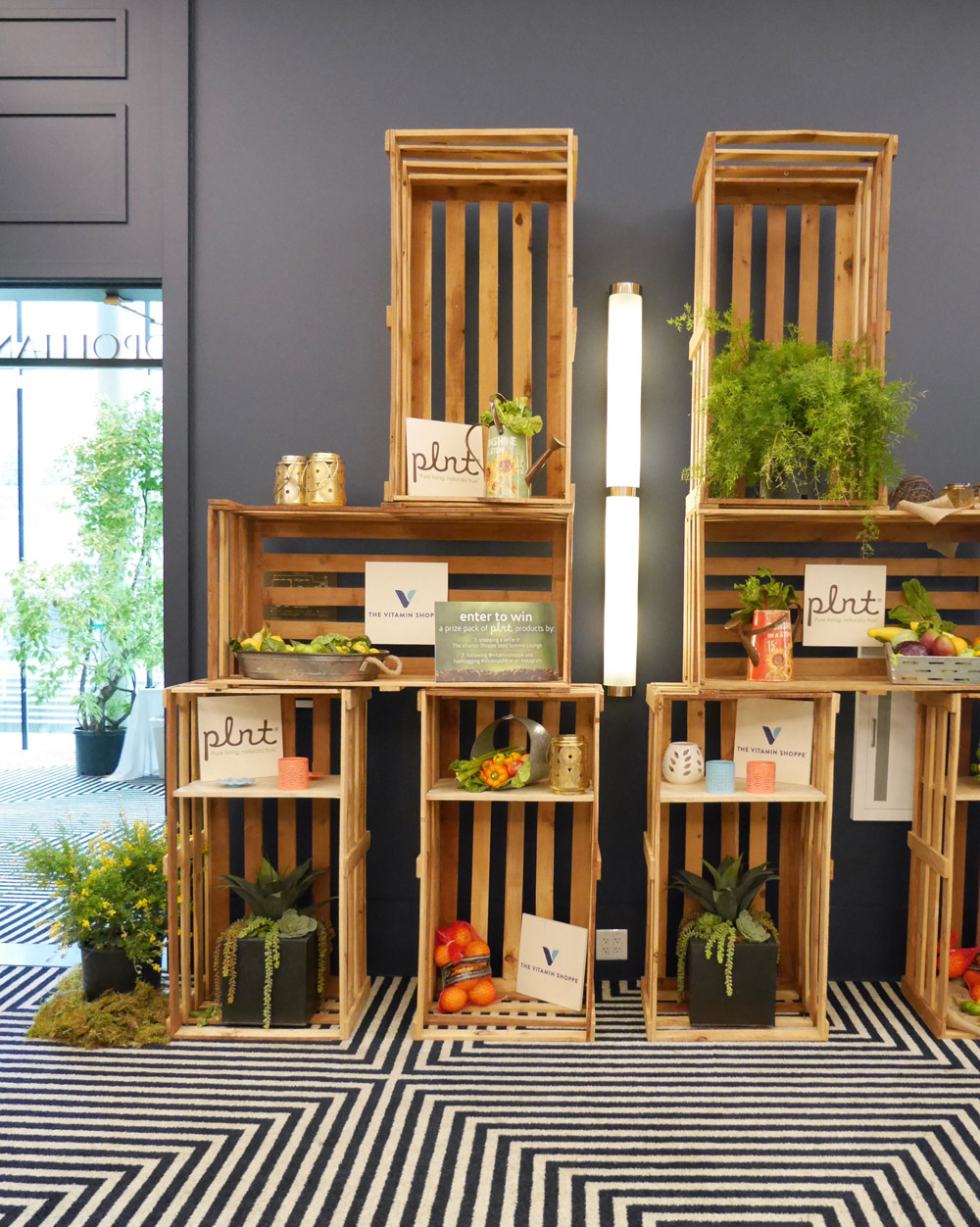 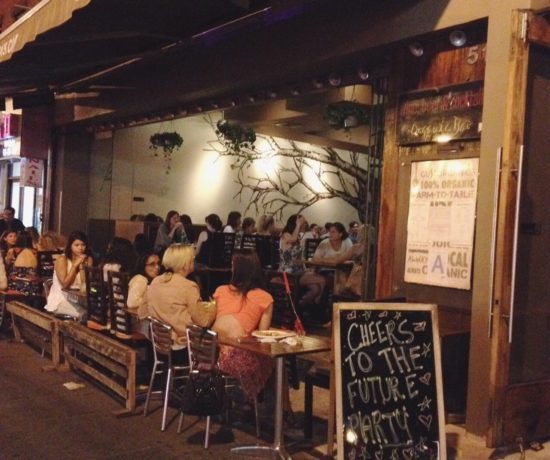 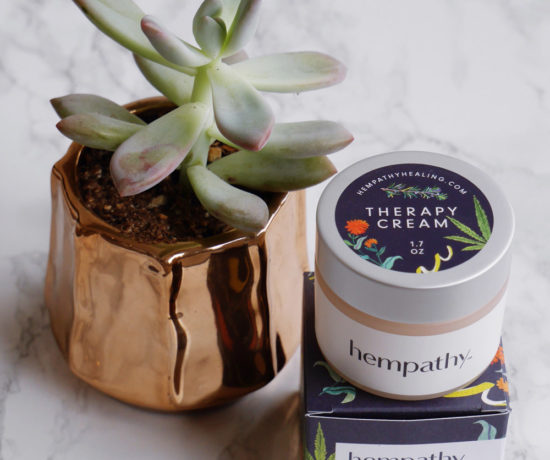 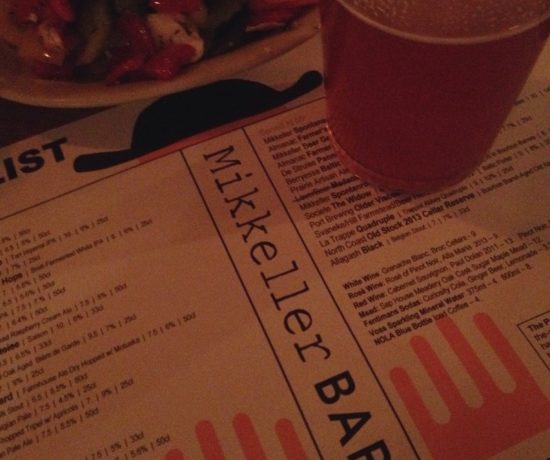