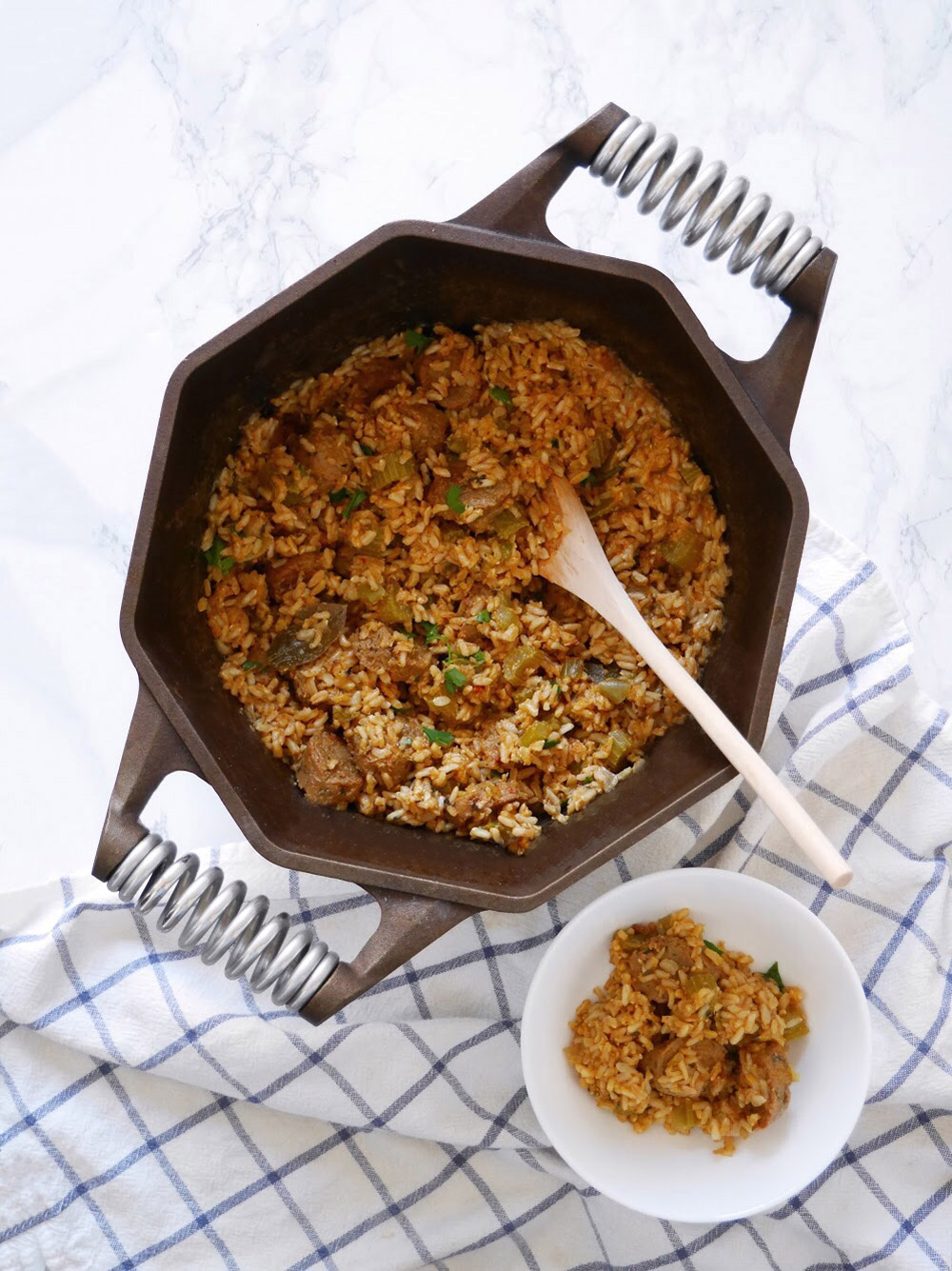 Based right here in Portland, FINEX crafts heirloom quality cast iron cookware that meshes the history of vintage cast iron and the functional elegance of modern design. I had the opportunity to tour the FINEX facility earlier this year when they launched the highly anticipated 5-quart Dutch oven, bringing their collection to a total of 12 pieces.

Just like the skillets and grill pans that came before it, the FINEX Dutch oven has a distinctive octagonal shape that allows you to pour from any angle. Every step in the manufacturing process requires a meticulous attention to detail: shaping, cutting, polishing, tumbling, pre-seasoning, and assembling. All FINEX products are pre-seasoned twice with organic flaxseed oil, and they use rags to wipe off the excess oil in an effort to cut back on waste. The branding designer works predominantly in paper and fabric, and he wanted to collaborate with FINEX so his work would be on something that would last longer than him. I know many people will think “yikes!” when they look at the FINEX price tag, but keep in mind that a premium quality product means buy once, good forever.

Speaking of buying FINEX, they’re currently offering their classic 12″ Cast Iron Grill Pan for $30 off for a limited time. You can also enjoy free shipping with my promo code “WazWuFINEX” now through Labor Day 2018. 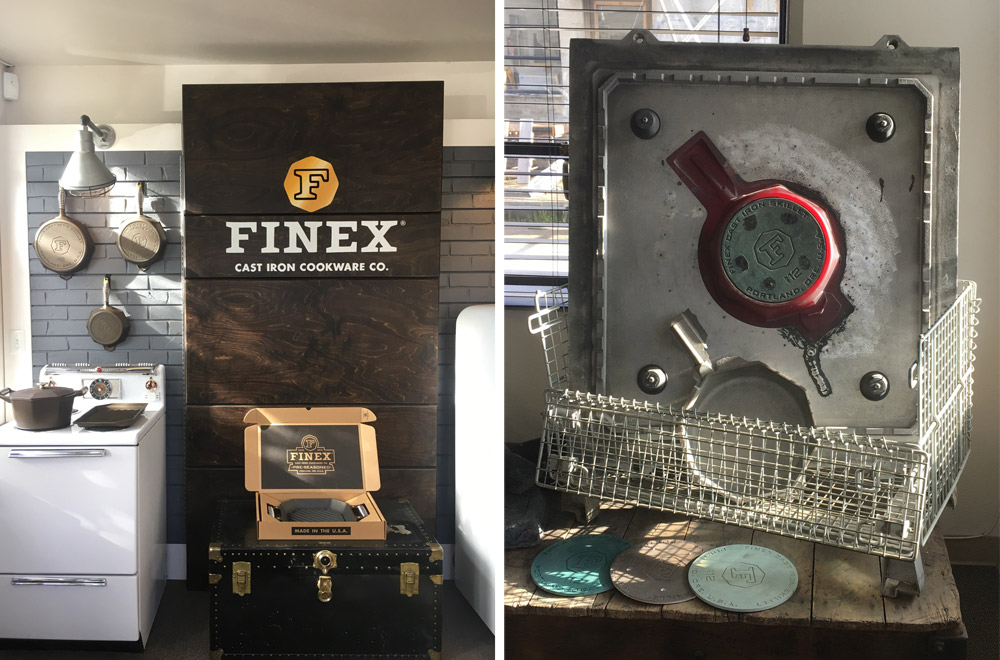 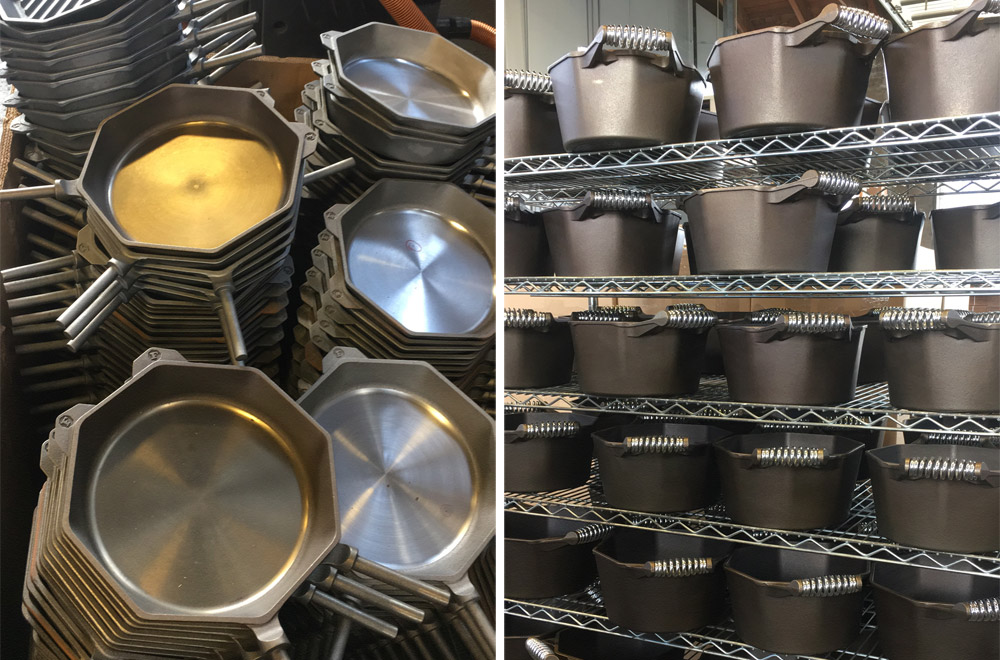 I was lucky enough to receive one of the new Dutch ovens from FINEX, making me one of the first to give it a test drive. Right off the bat, the first thing that stood out to me was the size. The 5-quart is large enough for holding plenty of ingredients, but small enough that I don’t feel like I’m feeding a herd of people. When cooking for 1-2 people, you have leftovers, but it’s a reasonable amount of leftovers.

Dutch ovens are the original all purpose cookware, and you can use it for everything from soups and stews to breads and casseroles. I have yet to try cooking pasta directly in the sauce, but that is on my list. Cooking with a Dutch oven intensifies flavors, so any slow cooking recipes where you layer ingredients on top of each other is perfect for the Dutch oven.

Some of you might remember my Instagram story poll, where I asked if ratatouille or jambalaya should be my first FINEX Dutch oven blog post. It was a close call, but jambalaya won! If I had made this jamabalaya recipe in a regular old pot, I’d have to stir it every 5-minutes to avoid having a layer of burnt rice on the bottom. That’s not a problem with the Dutch oven as the thick bottom and walls heat evenly, and thanks to the nature of cast iron, it retains heat very well. I’d also like to point out that the FINEX’s ergonomic handles stay cool longer than the average handle, but you’ll still want to use oven mitts if it’s been on the stove for a long time. 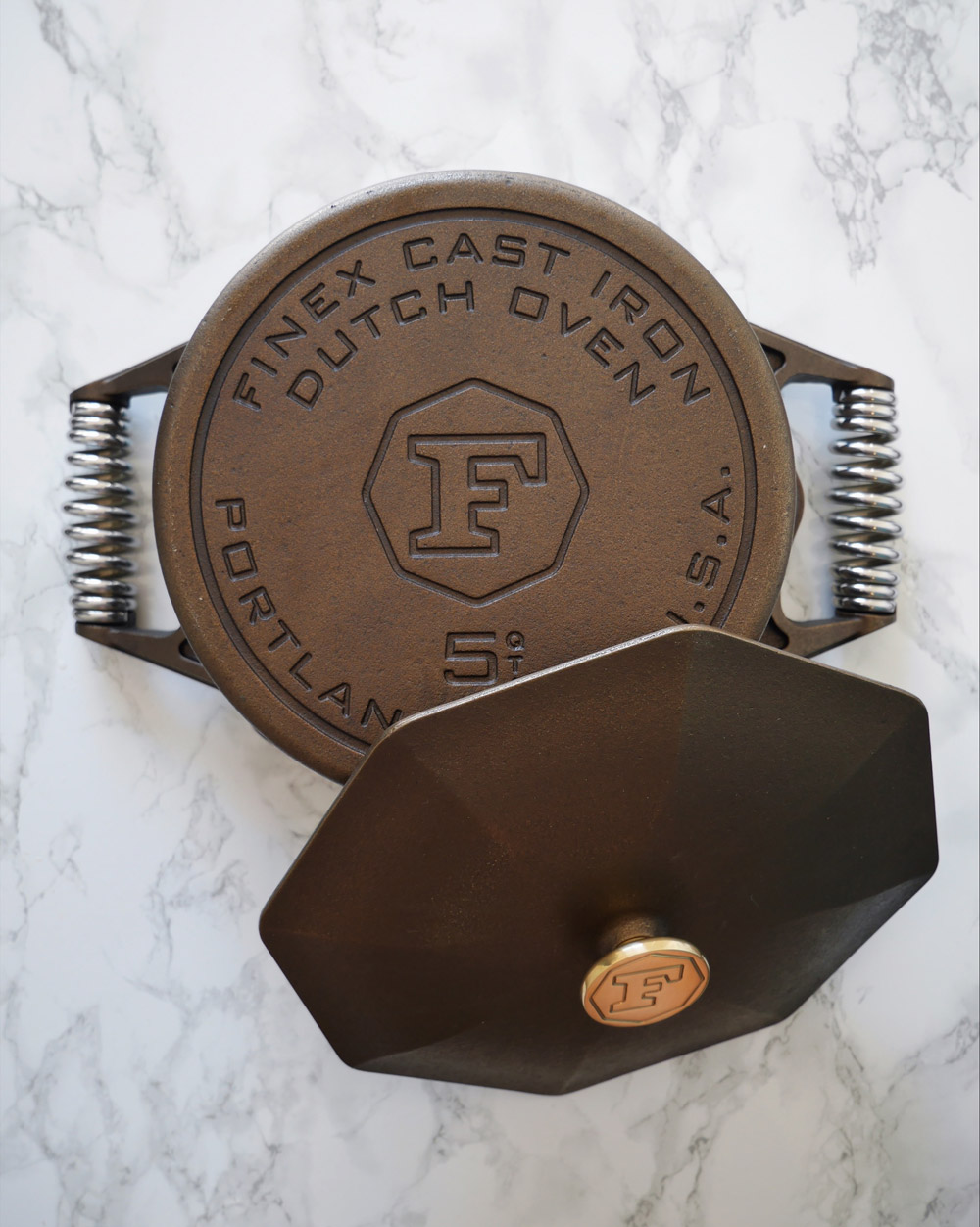 Earlier this year, I visited New Orleans, my first visit since I had gone vegan. I’ve had the meat and seafood heavy versions of traditional NOLA cuisine before, and I don’t see why vegans have to miss out on those great flavors. To develop this vegan Cajun jambalaya recipe, I did my research and consulted omnivore friends who live in NOLA.

If we’re going to talk jambalaya, we gotta mention paella, gumbo, and etouffee too. So, let’s talk basic differences. Jambalaya is the new world version of paella, and the main differences are the rice (long vs short grain) and the use of saffron (the main spice component in paella). Gumbo and etouffee are both served over or alongside rice, whereas jambalaya has the long grain rice mixed in with the other ingredients. Gumbo and etouffee both use a roux (butter/oil and flour mixture) as the base, but jambalaya does not have a roux. Gumbo uses okra and file powder, etouffee is shellfish heavy, and jambalaya is known for its sausage and meats. 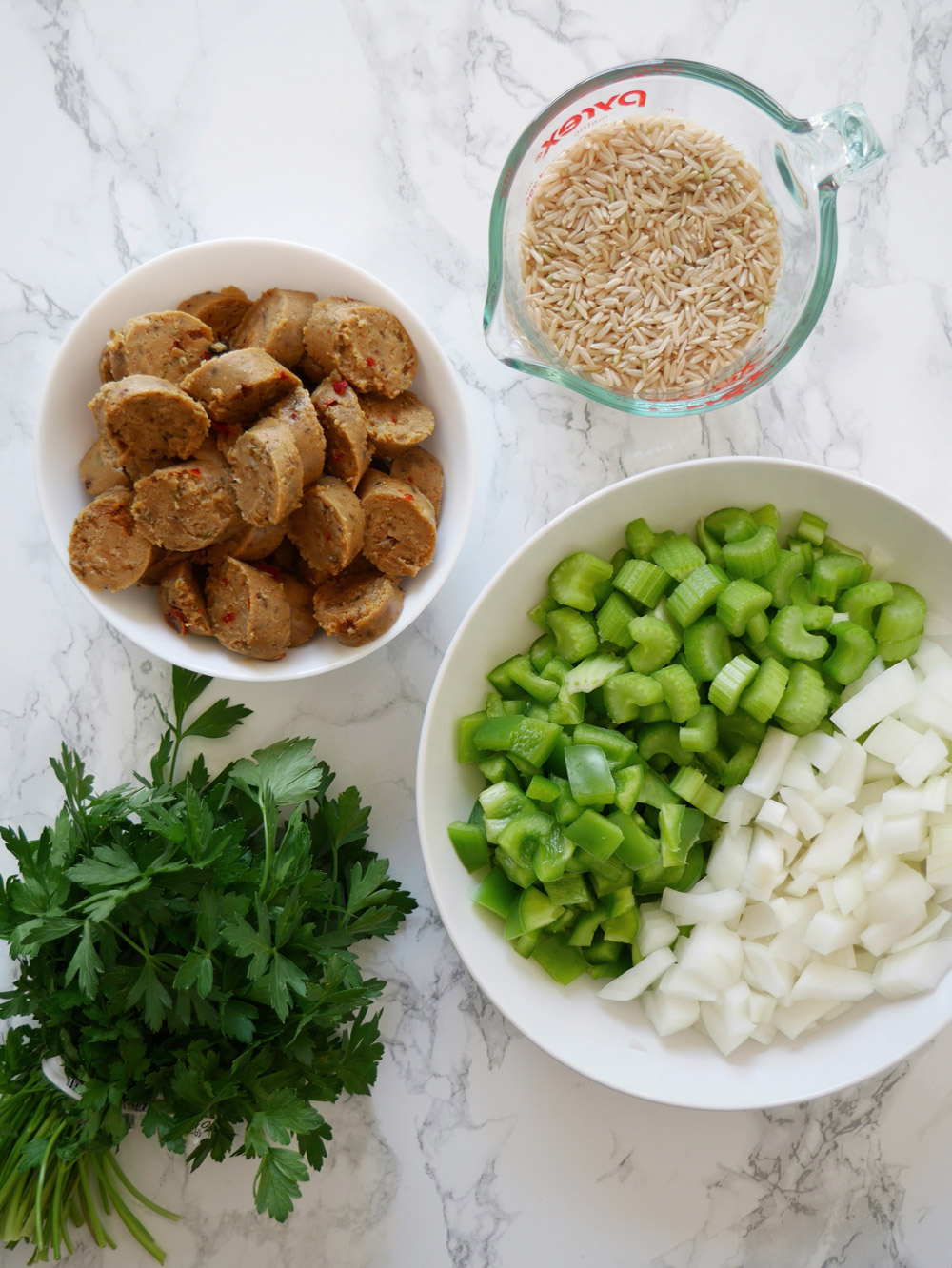 For my vegan Cajun jambalaya, I saute Field Roast vegan sausages for that rich, smoky flavor that brown jambalaya is known for. Field Roast is just one of many plant-based meat alternatives on the market, and it’s made of non-GMO ingredients right here in the Pacific Northwest. Most vegans don’t give up meat because they hate the taste/texture of it. They give it up because they don’t like where it comes from. I’m thankful that there are alternatives available for recipes that need that meaty touch.

With traditional animal-based meats, you would brown the meat, then leave in there and add the rest of the ingredients to the Dutch oven. I don’t recommend doing that with plant-based meats, especially with a slow cooking recipe, as they do not cook in the same way. Even the Impossible Burger, which is the closest thing on the market to real beef, cooks differently, which is why many restaurants were overcooking it when they first got their hands on it.

In my Cajun jambalaya recipe, I brown the Field Roast in the Dutch oven, set it aside while everything else cooks, then stir it in during the last 5 minutes. That sausage-y flavor is left in the Dutch oven before the veggies go in, and you don’t run the risk of overcooking the vegan sausage. Win, win! 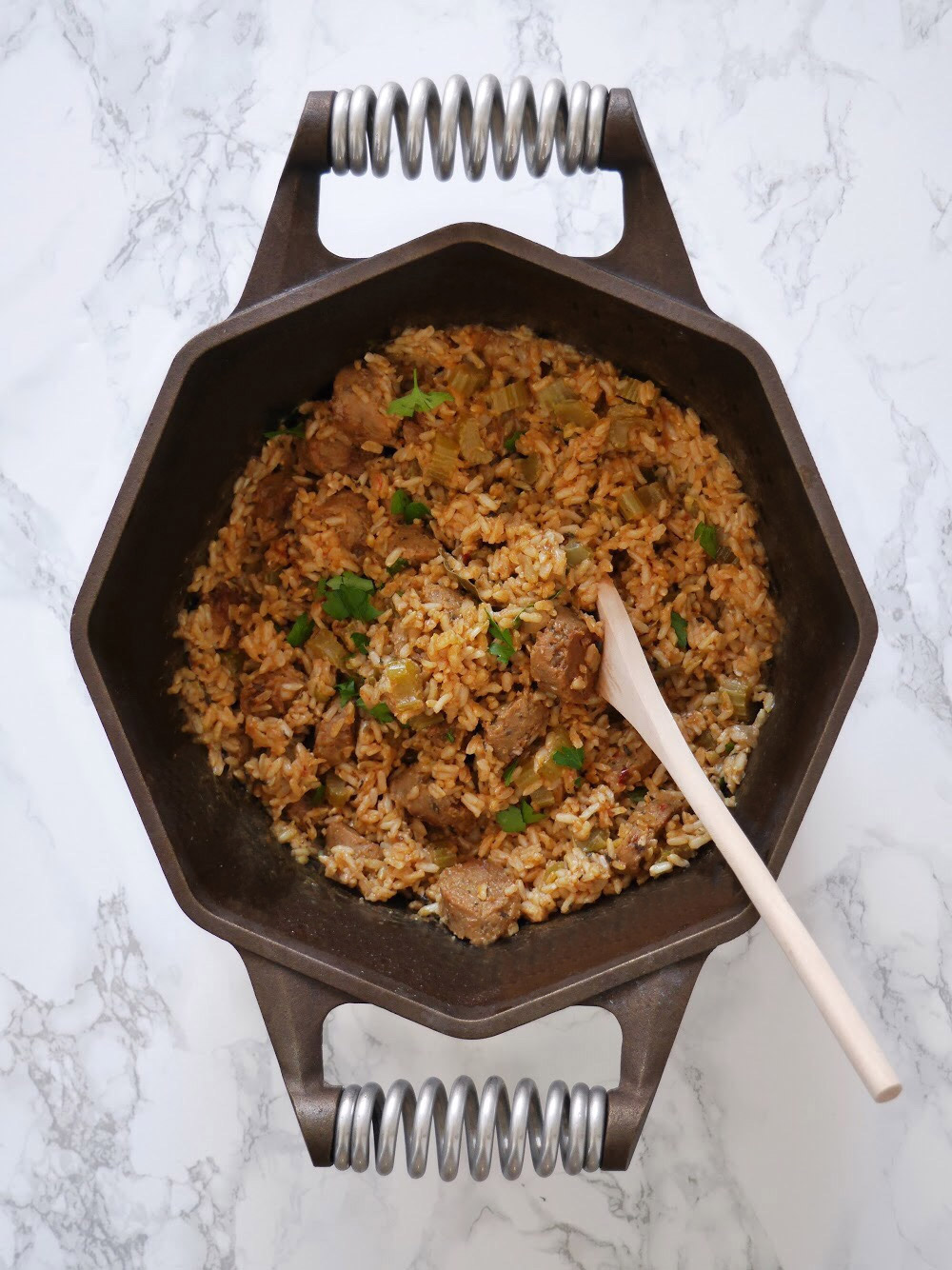 Heat the butter in the Dutch oven over medium-high heat. Add the vegan sausage and saute for about 5 minutes, until nicely browned. Transfer to a plate and set aside.

Add the olive oil to the Dutch oven. Add the garlic, onion, celery, and bell pepper. Saute for a few minutes, until the onions are translucent.

Add the rice, stock, bay leaves, basil, thyme, oregano, paprika, and cayenne. (Use 1/2 tsp for a milder jamabalya and 1 tsp or more if you like more heat!) Stir to combine. Continue cooking over medium-high heat until it reaches a simmer.

Reduce heat to medium-low. Cover and simmer for 30-45 minutes, until the rice is cooked through and almost all the water is absorbed. Give it the occasional stir so you can see how much water is left.

Stir in the vegan sausage. Discard the bay leaves. Remove the Dutch oven from heat and let it stand for 5 minutes before serving. 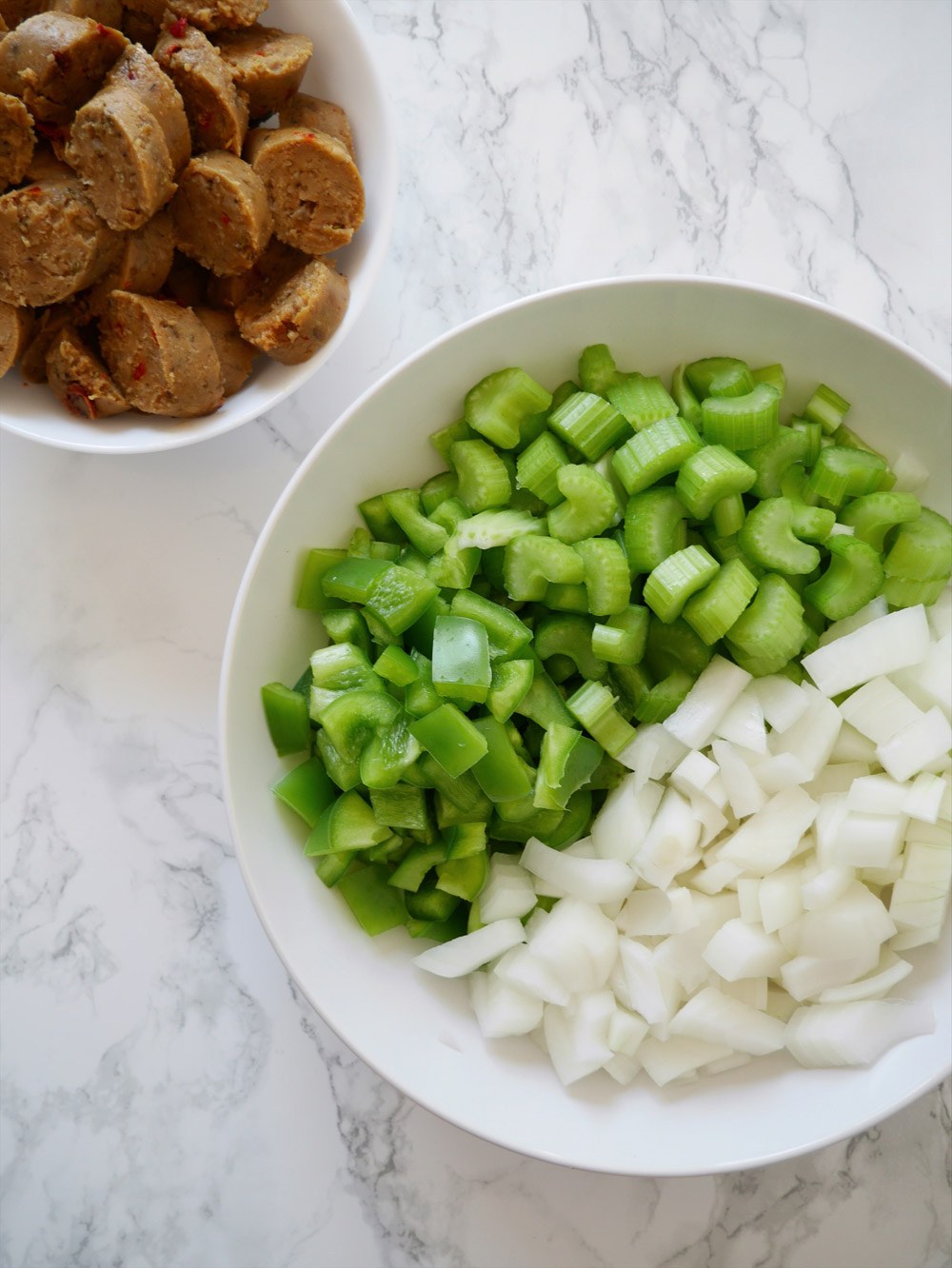 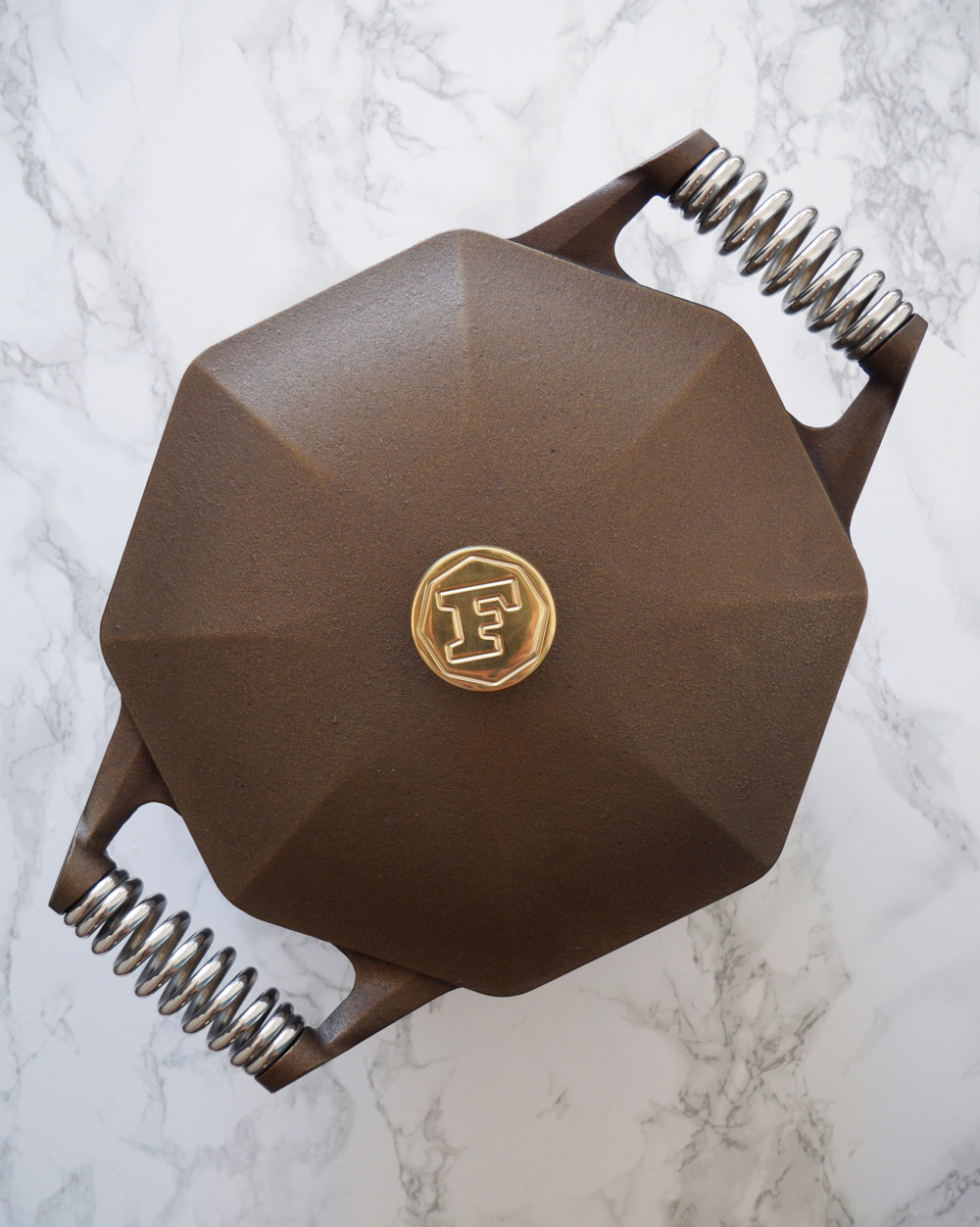 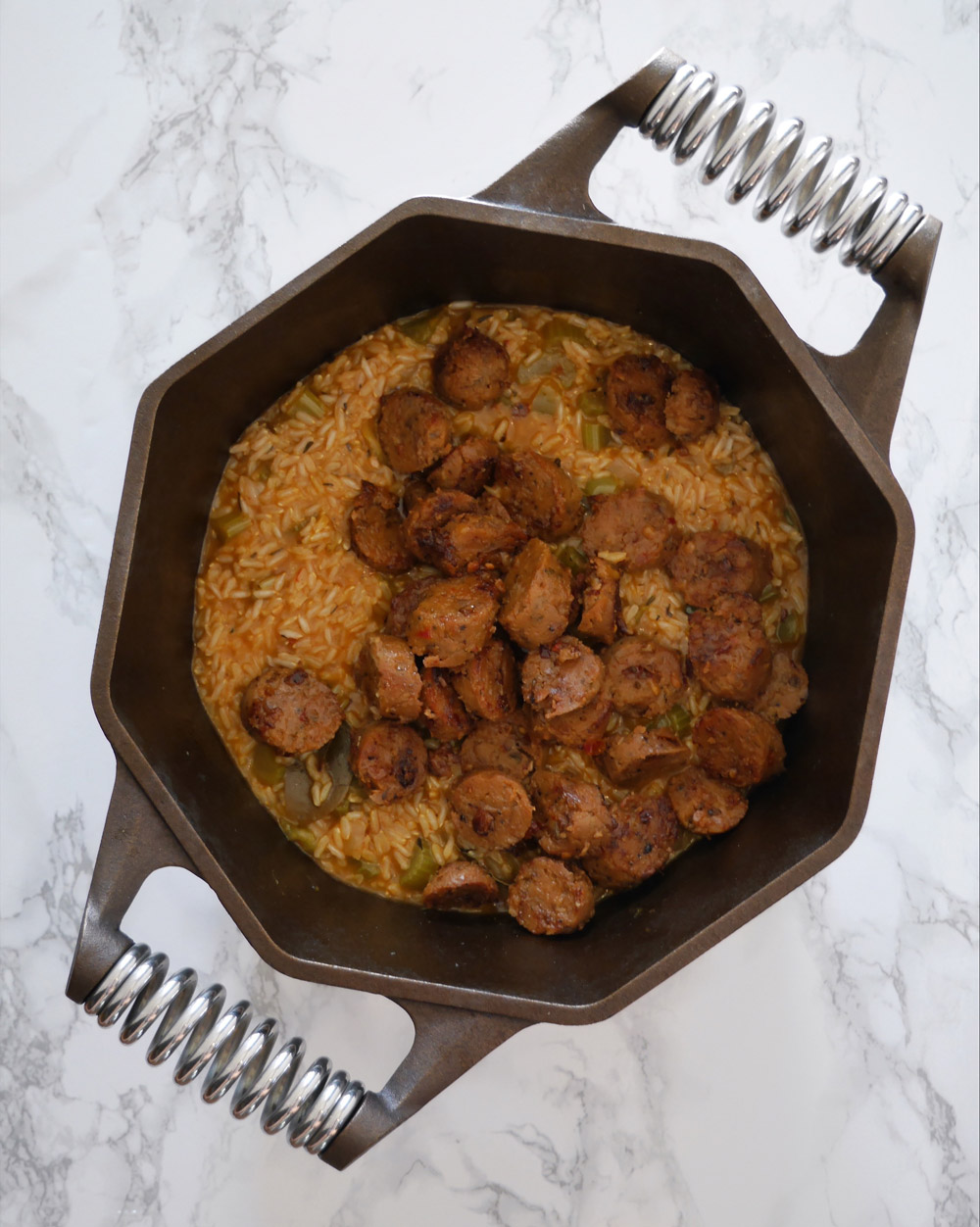 Note: This post is in collaboration with FINEX. I was invited as a guest to tour their facility and received a complimentary Dutch oven. This was not in exchange for a positive review and all opinions expressed here are my own. 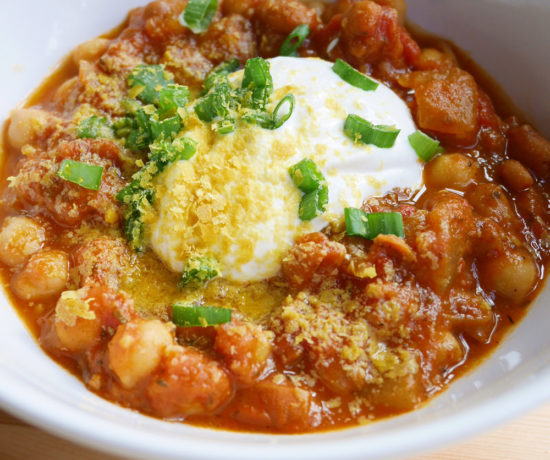 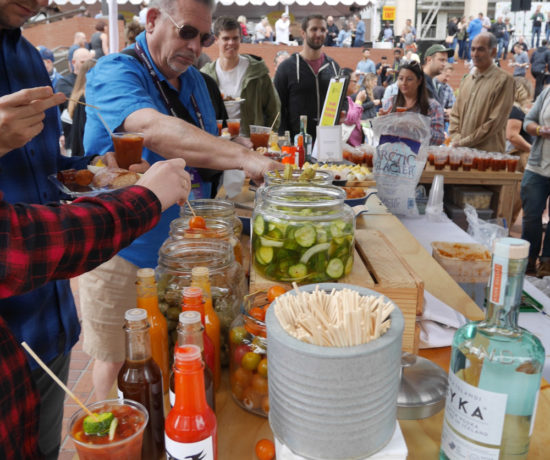 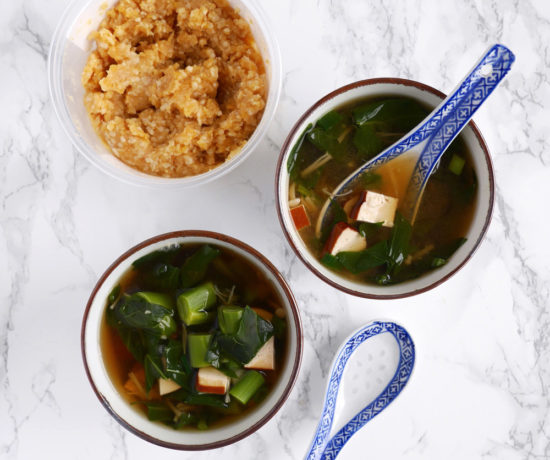