Another month, another vegan tasting event with U.S. Veg Corp. This time around, it was all about vegan cheese. As a bonus, there were organic wine pairings too. You can’t have a cheese tasting without wine, right?

Many people hear the words “vegan cheese” and immediately assume that any and all vegan cheese must be horribly processed plastic. That couldn’t be further from the truth. Lovingly handcrafted, every entry in this cheese competition was either 100% organic or at the very least non-GMO. Vegan cheese isn’t just for vegans, but for lactose intolerant folks and cheese lovers in general too. I was quite pleased with myself for managing to convince a non-vegan food blogger friend to attend this event too. 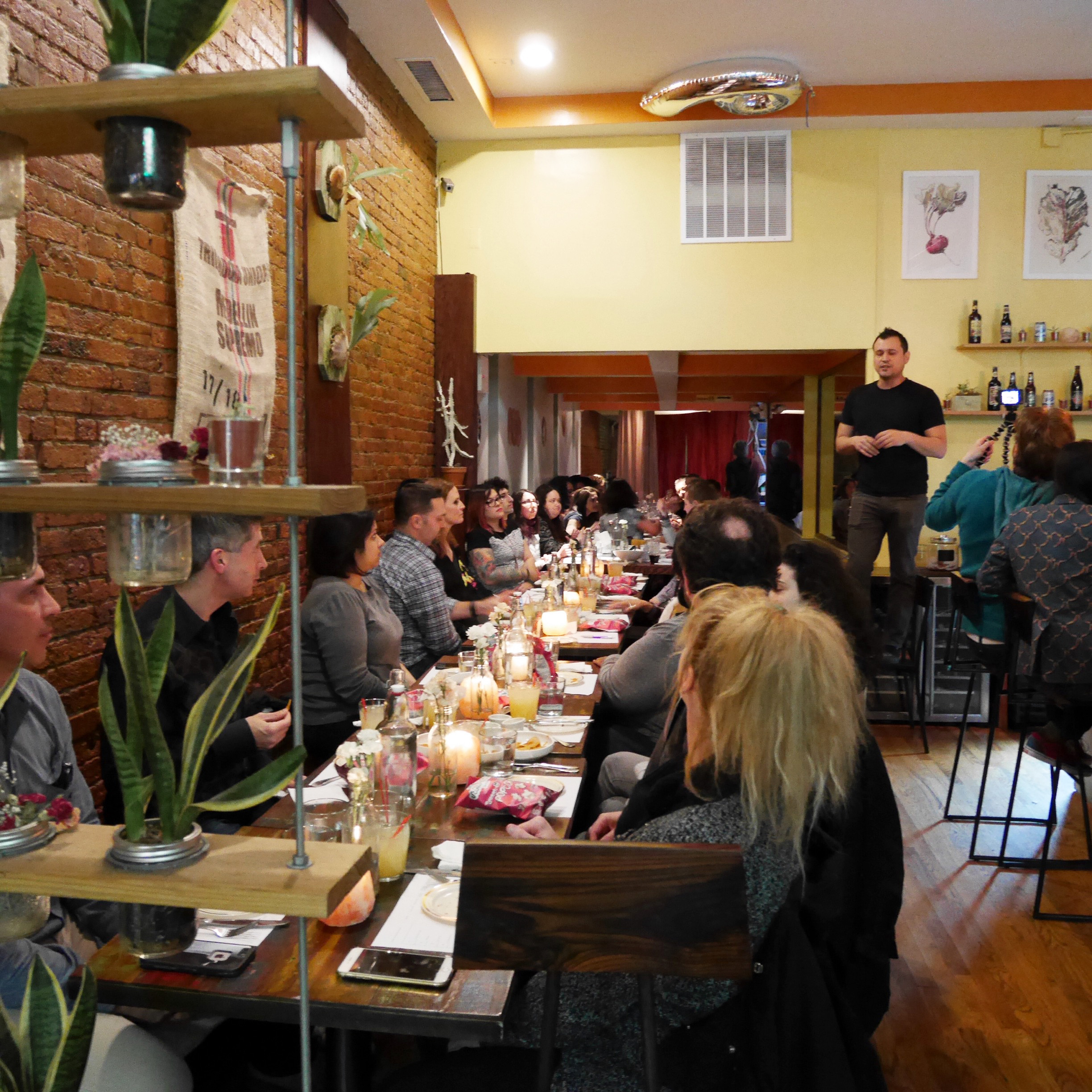 As always, V-Spot was completely packed, but the setup was slightly different from past events. We waited patiently for our turn to get cheese, and they were so worth the wait. The five competitors were pulling out all the stops and did not skimp on samples. All these cheeses may be made of plants, but goodness, they’re still so rich.

First up, Treeline hailing from New York. The Treeline team served a mixture of French-style soft cheeses and firm, but creamy nut cheeses. Soft cheese and beets are always a winning combination, but I fell in love with the classic aged nut cheese. The slightly smoky flavor was so tasty with Lobetia tempranillo.

We sampled four different cheeses from Miyoko’s, each more delicious than the previous one. Smoky, tangy, earthy… so many flavors dancing on my palate. The French Style Winter Truffle was the most unique one with its ‘shroomy flavor. Why didn’t anyone introduce me to Miyoko’s when I lived in the Bay Area? 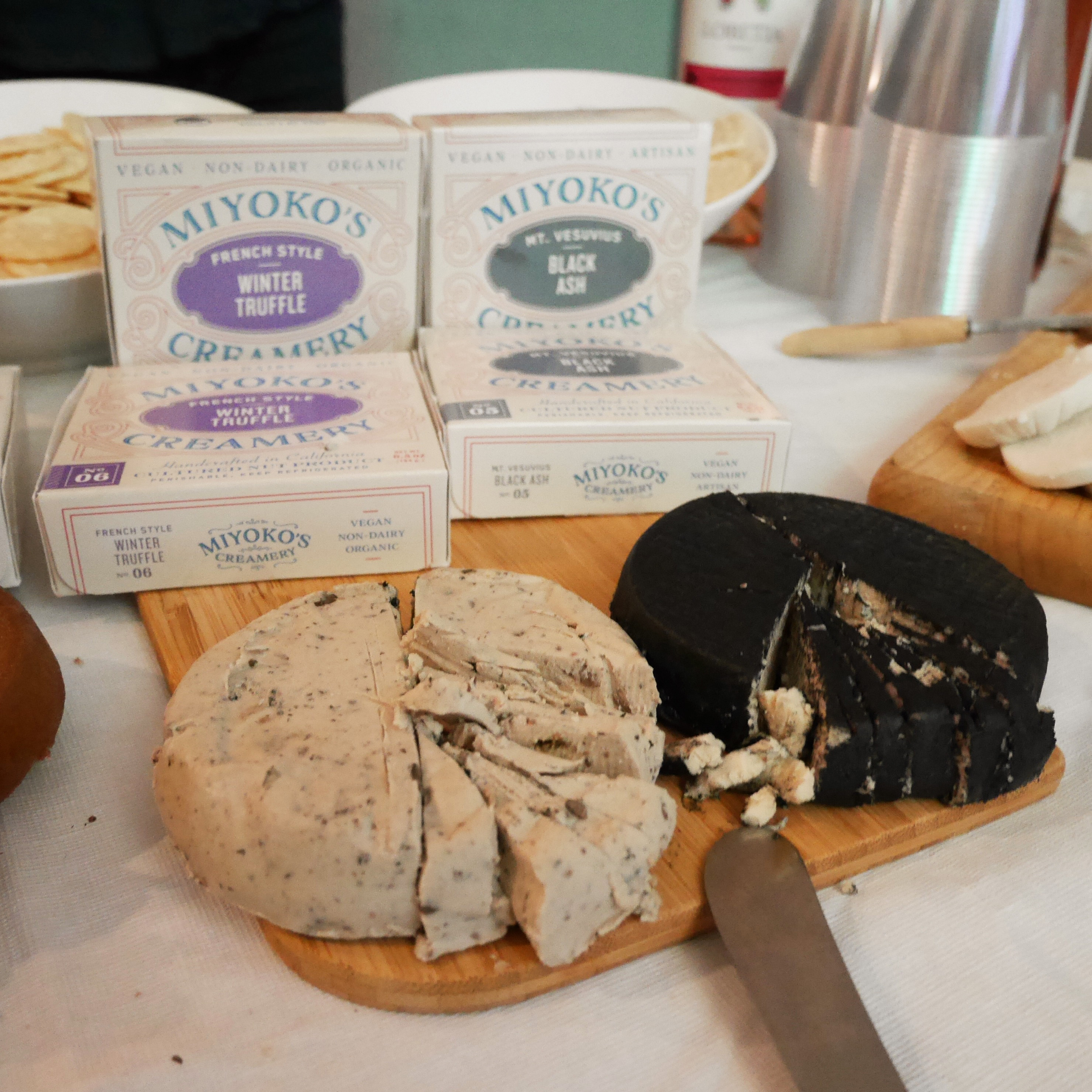 MozzaRisella offered something different by using germinated whole rice instead of nuts to make their vegan mozzarella. Pretty nice on crackers and pairs well with a glass of rose, but I wasn’t a huge fan of this one. The texture was a bit off for me. 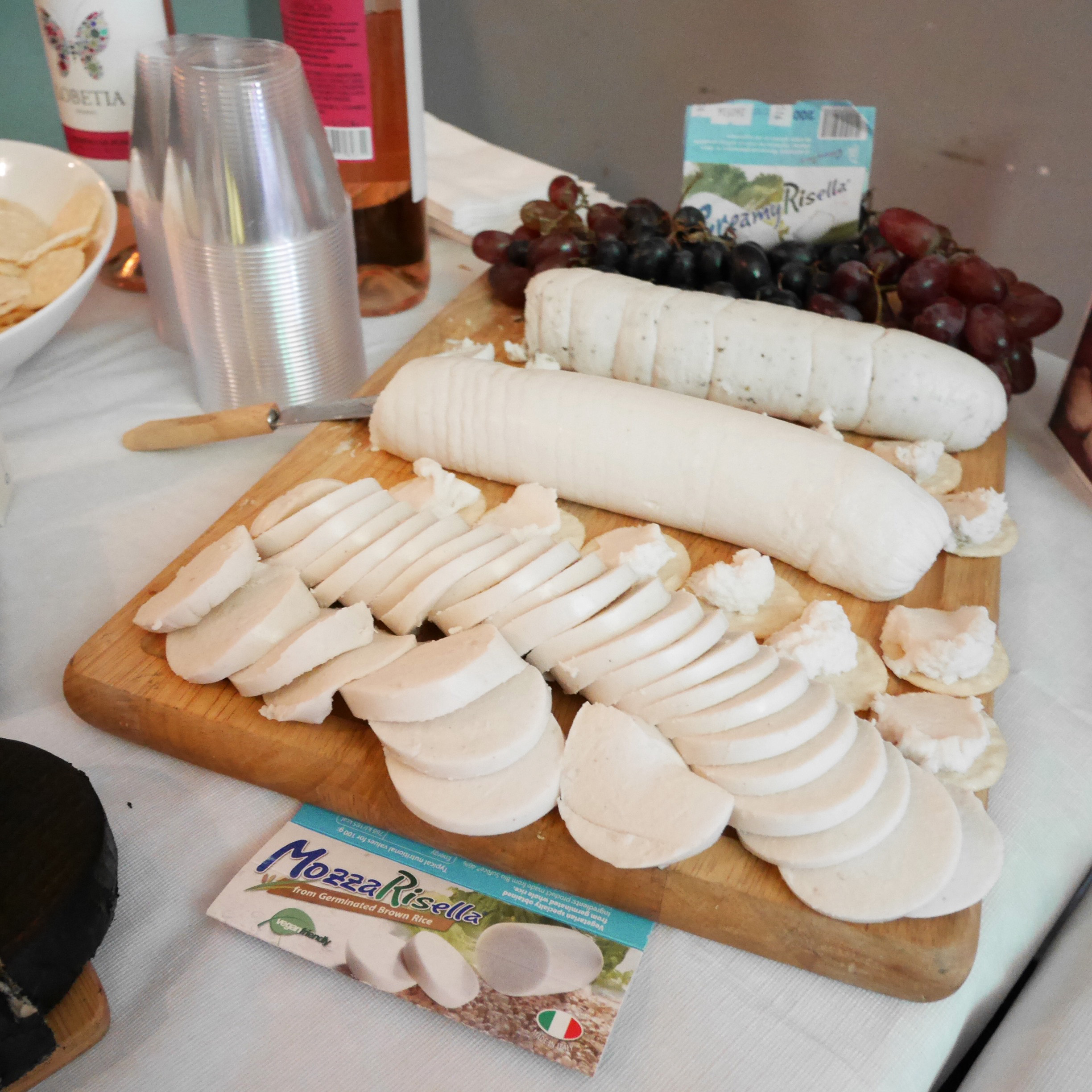 And then there was Cheezehound from the Catskills Mountains. I tried their cheeses at a vegan popup market a few weeks ago and was excited to see them here too. So many cheeses… or should I say cheezes? There was a tasty one with pink peppercorns embedded into the cheese and another with a delightful hickory smoked flavor, but their mozzarella was the real standout among the bunch. 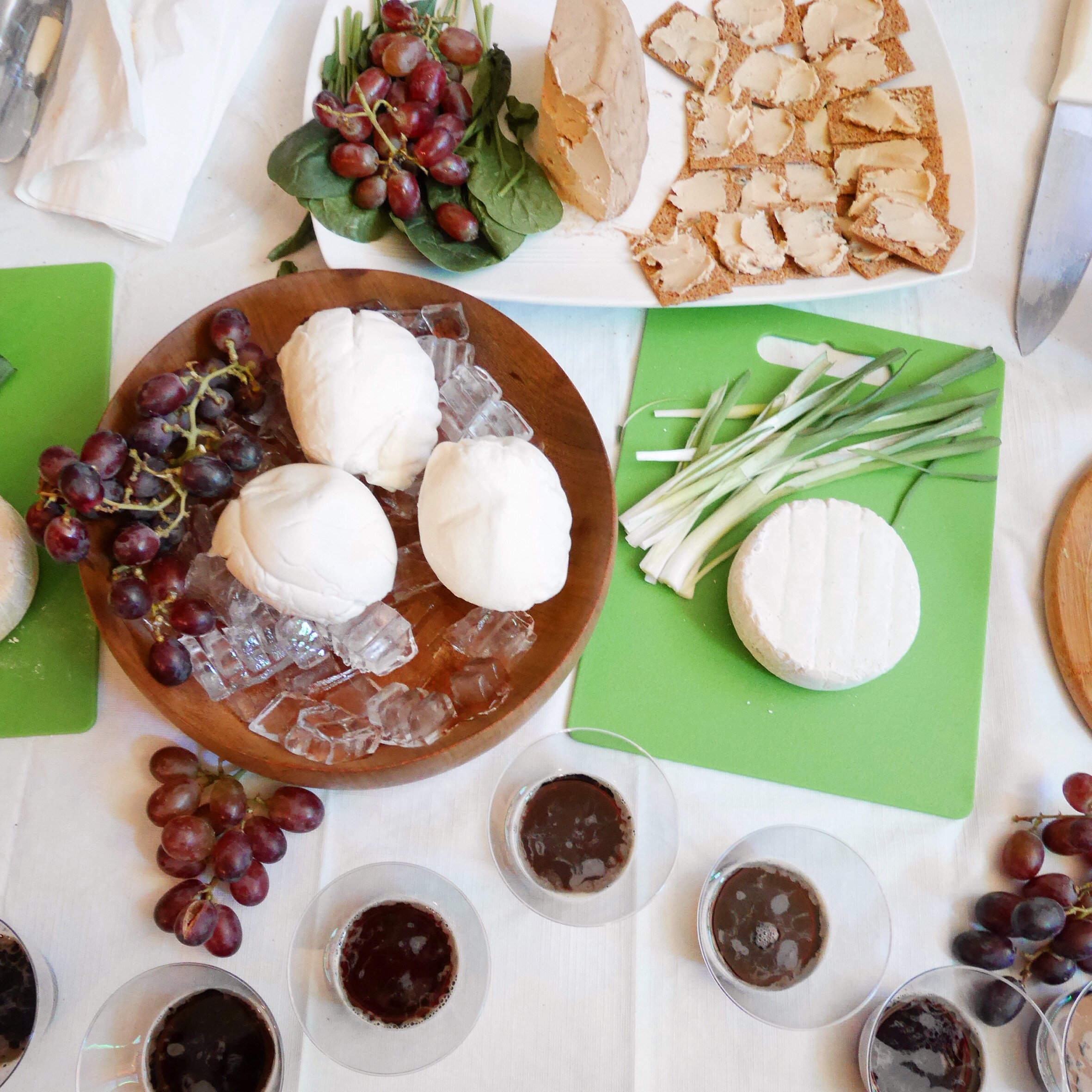 Last, but not least, there was Punk Rawk Labs’ cashew cheeses from Minnesota. At this point, I was suffering from some serious palate fatigue, but still wanted to nibble on samples from the last competitor. The smoked cashew cheese with a black pepper rim was my favorite of the Punk Rawk bunch and real nice with the chardonnay. 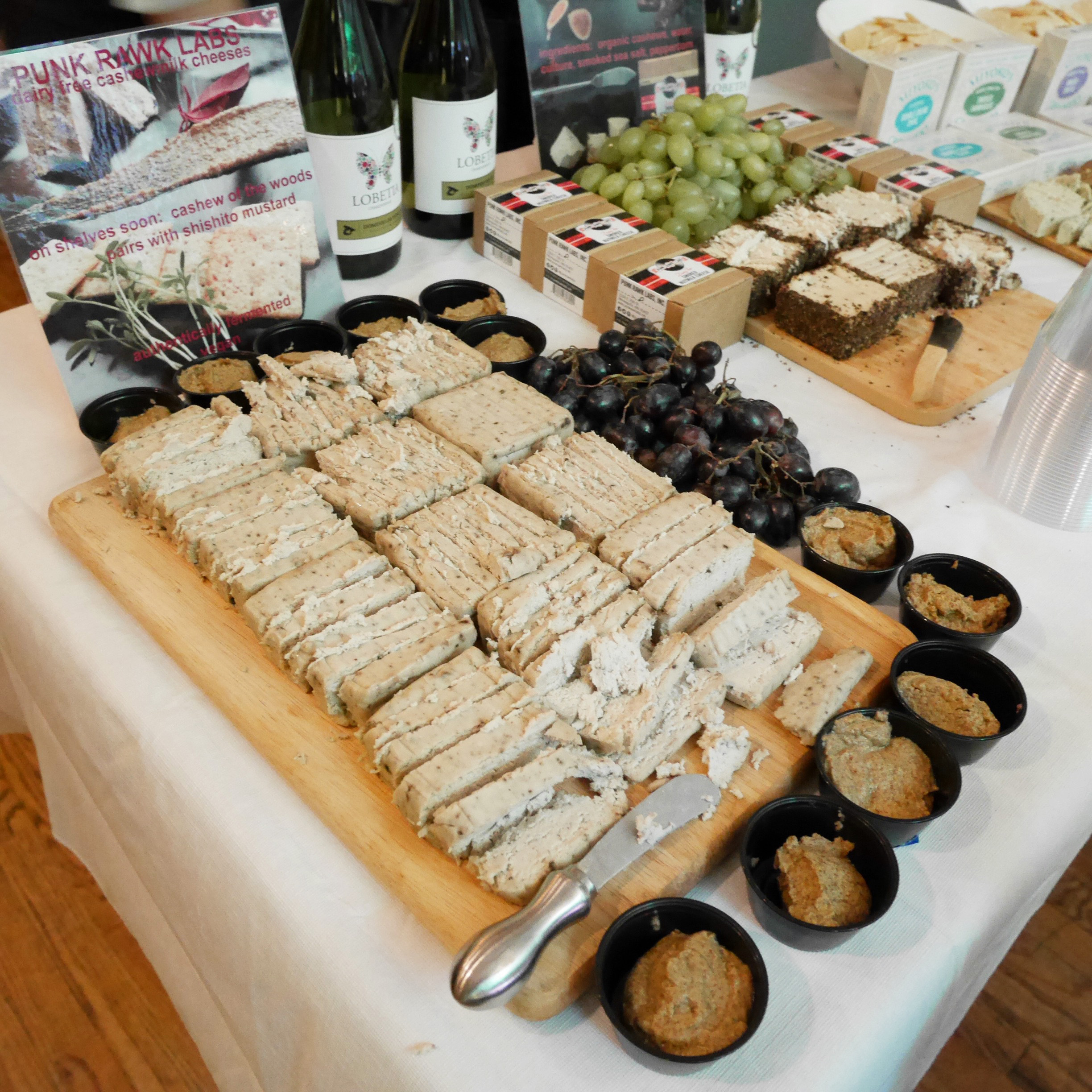 I had a tough time deciding if I should vote for Miyoko’s or Cheezehound before picking Miyoko’s. Naturally, the owner of Riverdel Cheese Shop was one of the judges, along with the folks from Rockin’ Raw. Big congrats to Cheezehound for winning both judges’ choice and people’s choice (that happens a lot at these events)! Here’s a blurry one of Lori from Cheezehound doing her thing at the event. Cheezehound is officially The Big Cheese! 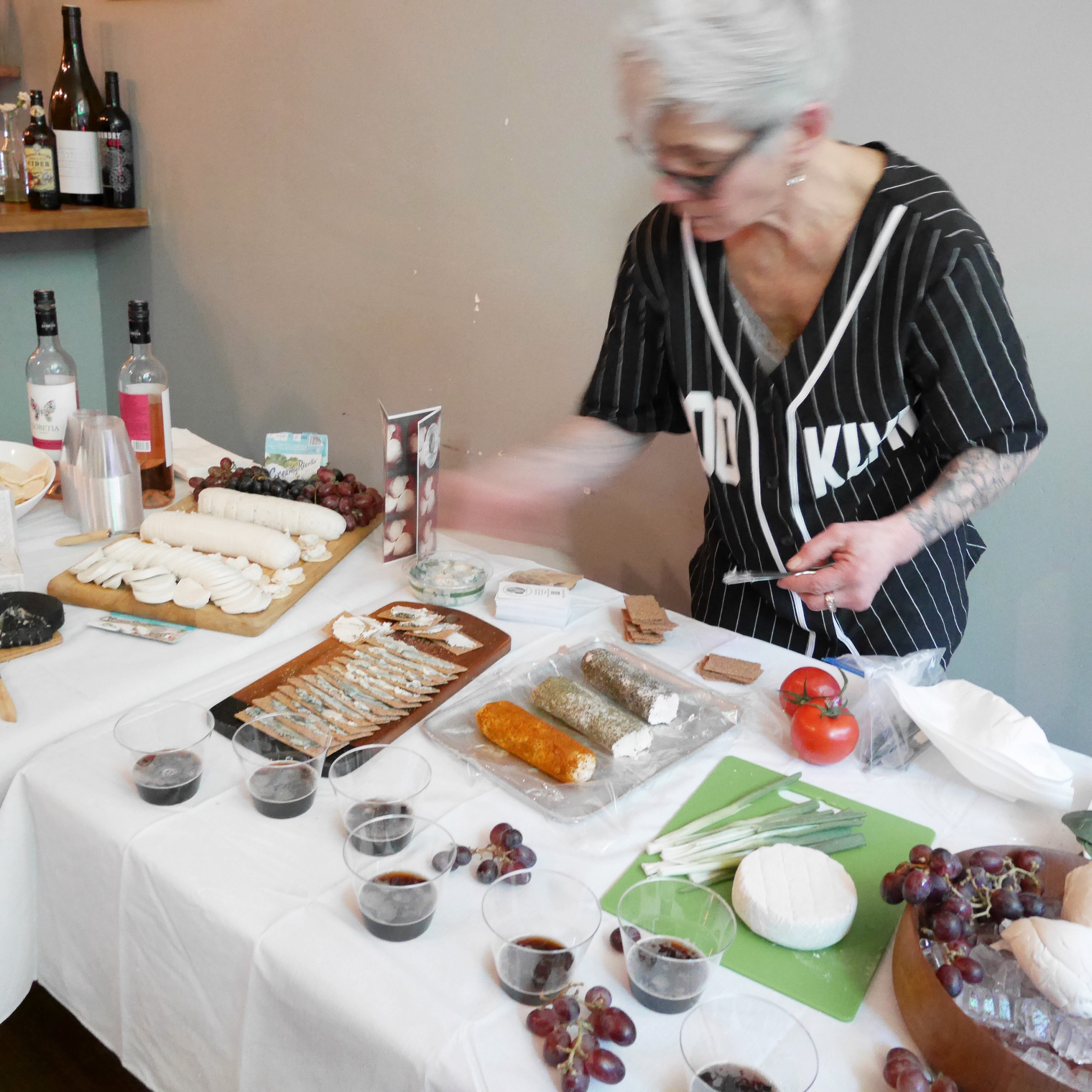 Note: This post is in collaboration with U.S. Veg Corp. I was invited as a guest and member of the U.S. Veg Corp team to this event and received a complimentary meal. This was not in exchange for a positive review and all opinions expressed here are my own. 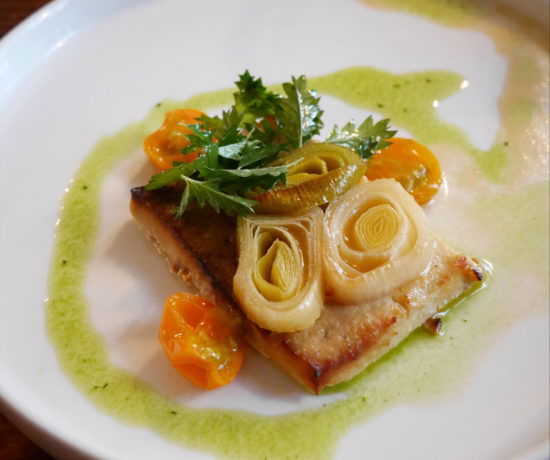 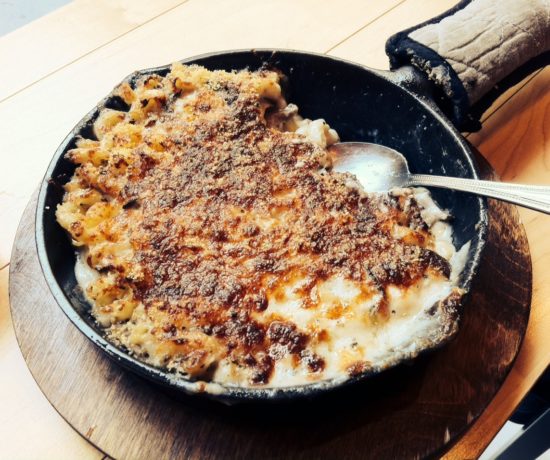 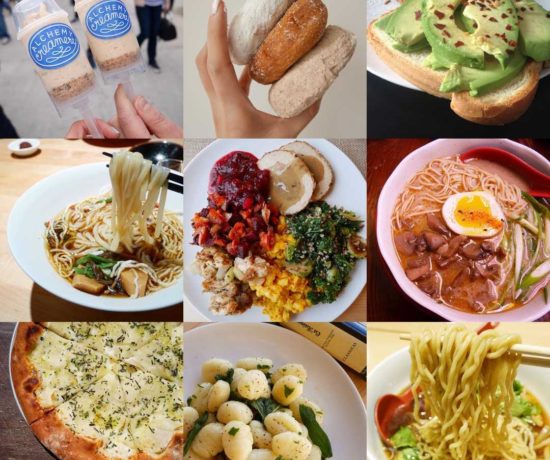