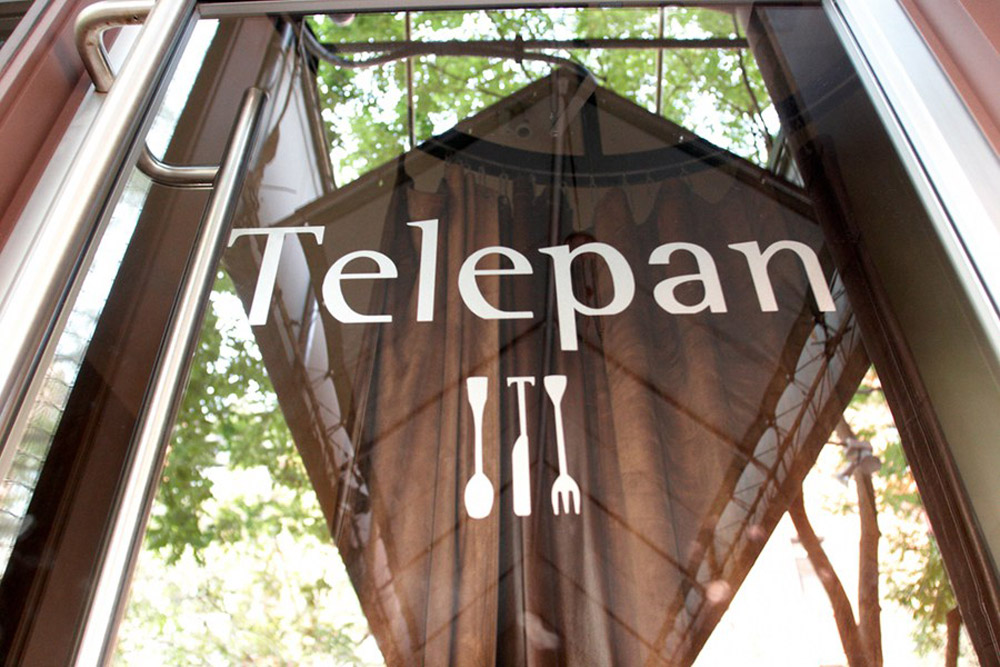 Last week, I was invited to Telepan for a Meatless Monday dinner organized by Vincent Paradiso of Let’s Dutch. Back in April, I teamed up with Vincent for my Earth Day event, and this dinner at Telepan is another example of what you can do with his site. (Photo credit: Telepan)

The name explains it all: Let’s Dutch is about going dutch and sharing experiences with new friends. At one point or another, we all find ourselves in the position where there’s a cool activity we’re interested in, but it’s tough finding enough friends to participate and split the cost. That’s where Let’s Dutch comes in. Anyone who is interested in your activity can pay for their share securely, and with everyone’s shares pooled together, your group can enjoy an activity that may not be accessible to individuals.

When I say activity, it can be all sorts of different things, like booking a luxury weekend retreat, enjoying the group rate at a spa, sharing table service at a club, or rounding up a group for a picnic. It can be as simple as making a group dinner reservation… 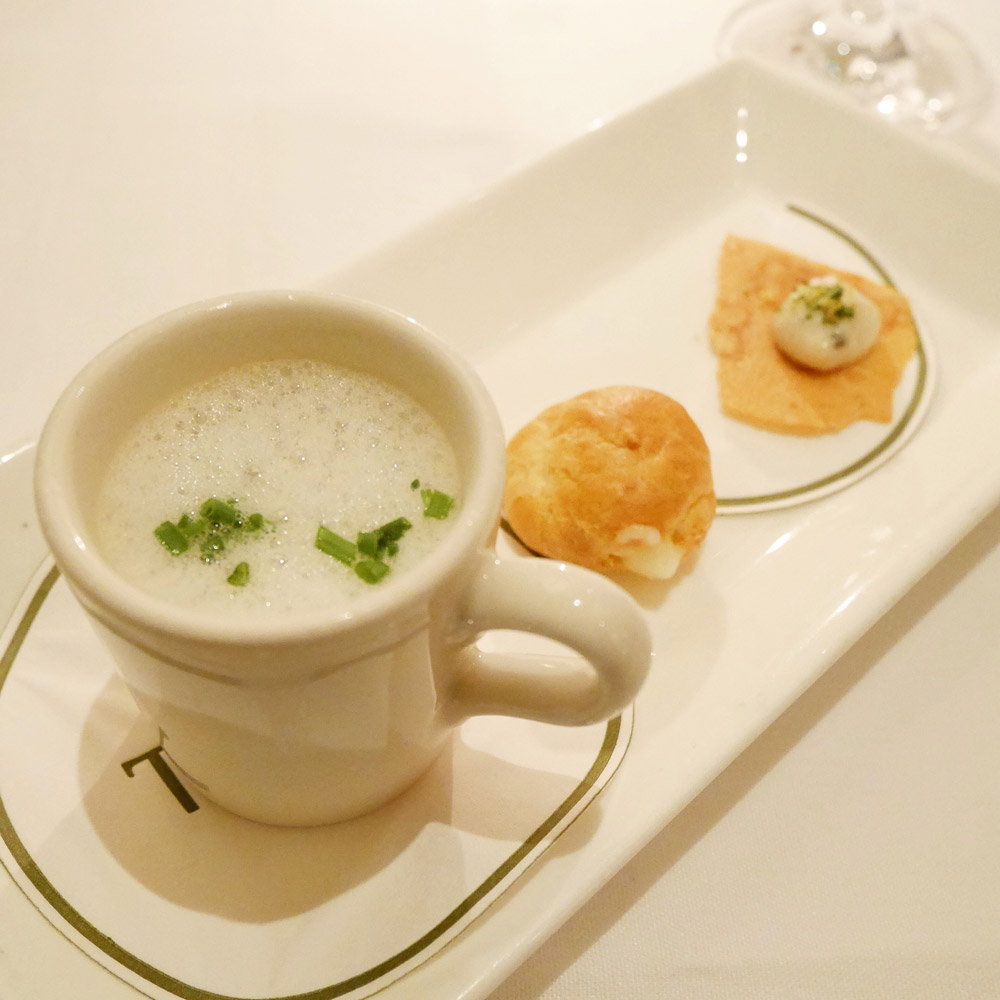 A week before our visit, I contacted Telepan on Facebook messenger to ask if the Meatless Monday menu is vegan-friendly. I could see that they had viewed my message, but never received a response, so I assumed the answer was no. I also saw Yelp reviews which mention that they don’t accommodate vegans. That’s a shame, and hopefully going vegan-friendly will be the next step in their evolution.

I typically expect an amuse bouche to be delicious, but barely even a nibble. Telepan surprised me with their amuse bouche trio of piping hot onion soup, little cheese puff, and cheese on cracker. We’re off to a good start. 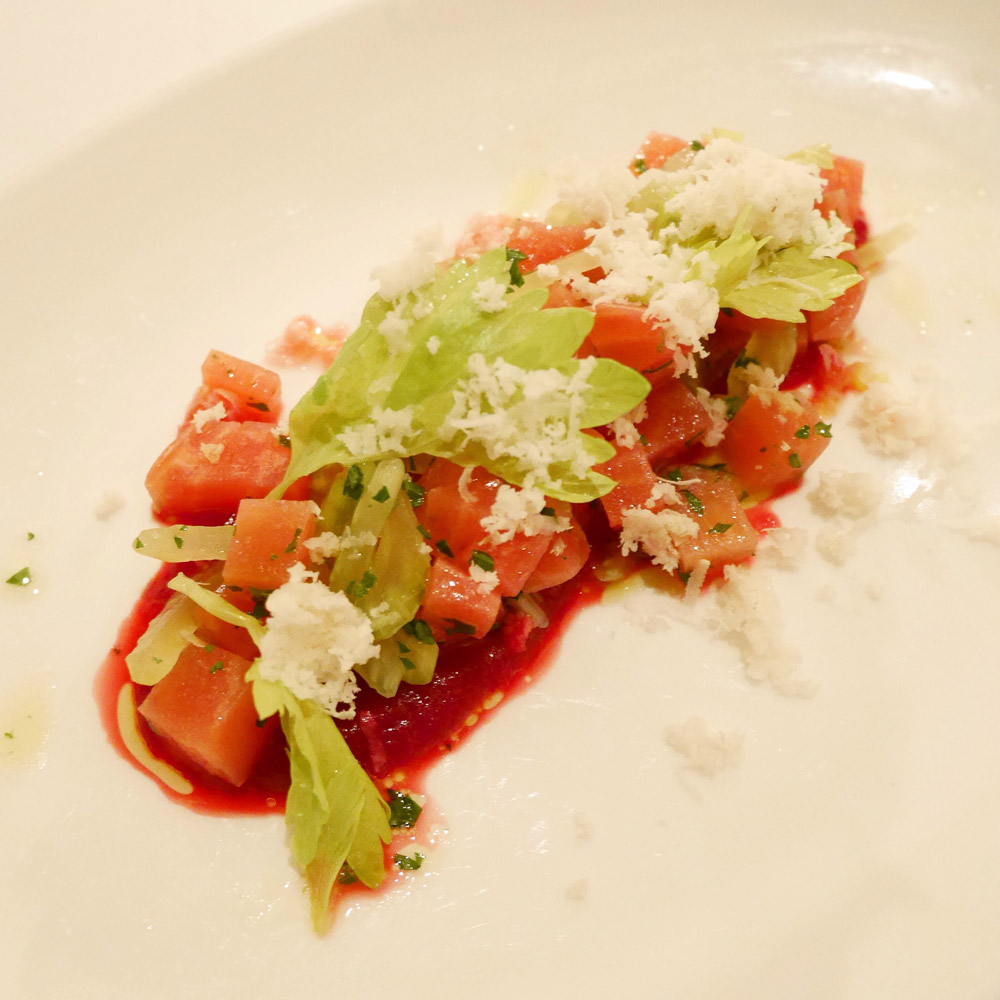 Among our group, we ordered every item off the Meatless Monday menu, so I’ll take you through every dish, even if I didn’t taste it. The candy cane beets were very pretty. The beets were lightly pickled, not too earthy. Nice crunch from the celery and surprises of heat from the horse radish.

The other appetizer, which I didn’t taste, was the house made mozzarella with fried artichokes and arugula. Beautifully plated, and the artichokes have such great color and texture. I appreciate a fine dining restaurant that isn’t afraid to fry things up. 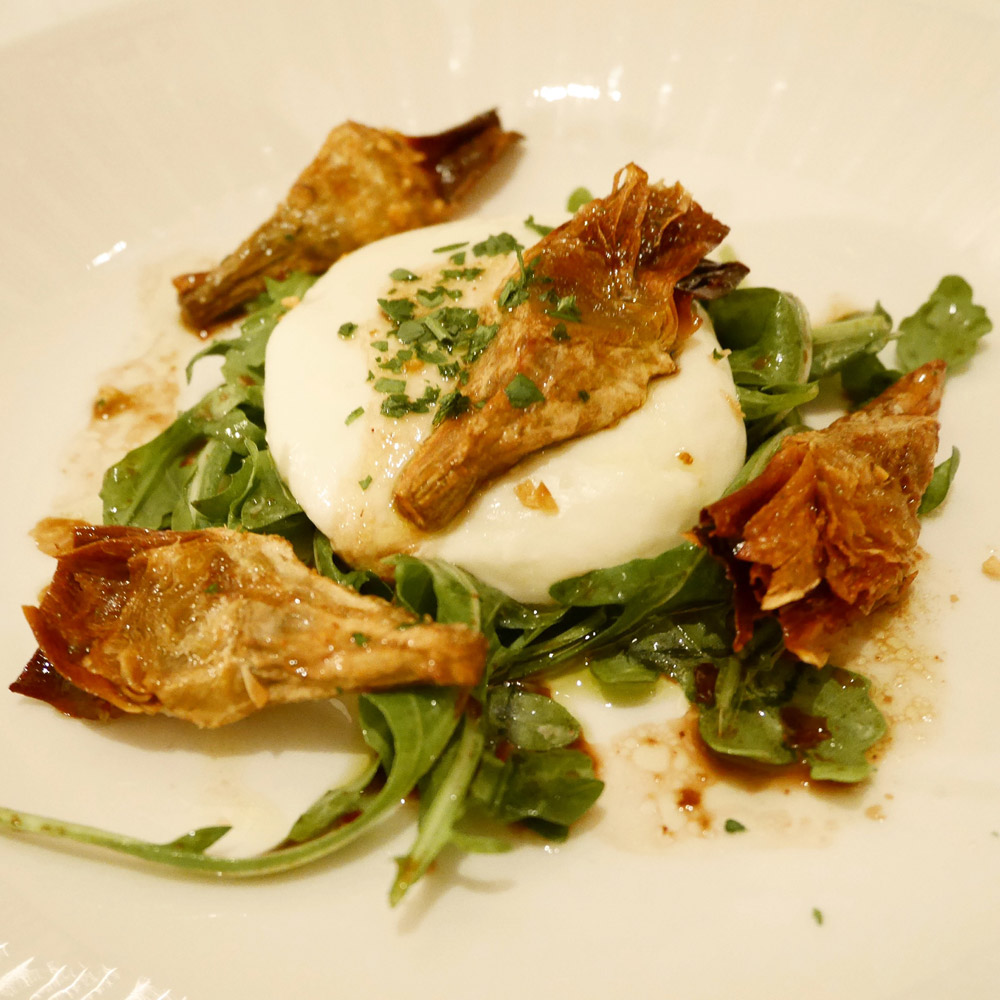 The risotto may not be the most attractive (what an understatement, heh), but its texture was spot on for a risotto. Instead of the usual arborio rice, this one was made of wheat berries. The fava beans add extra texture, and you’re living on the wild side by eating stinging nettles. The nettles were light with a crunchy batter, but didn’t really taste like much. 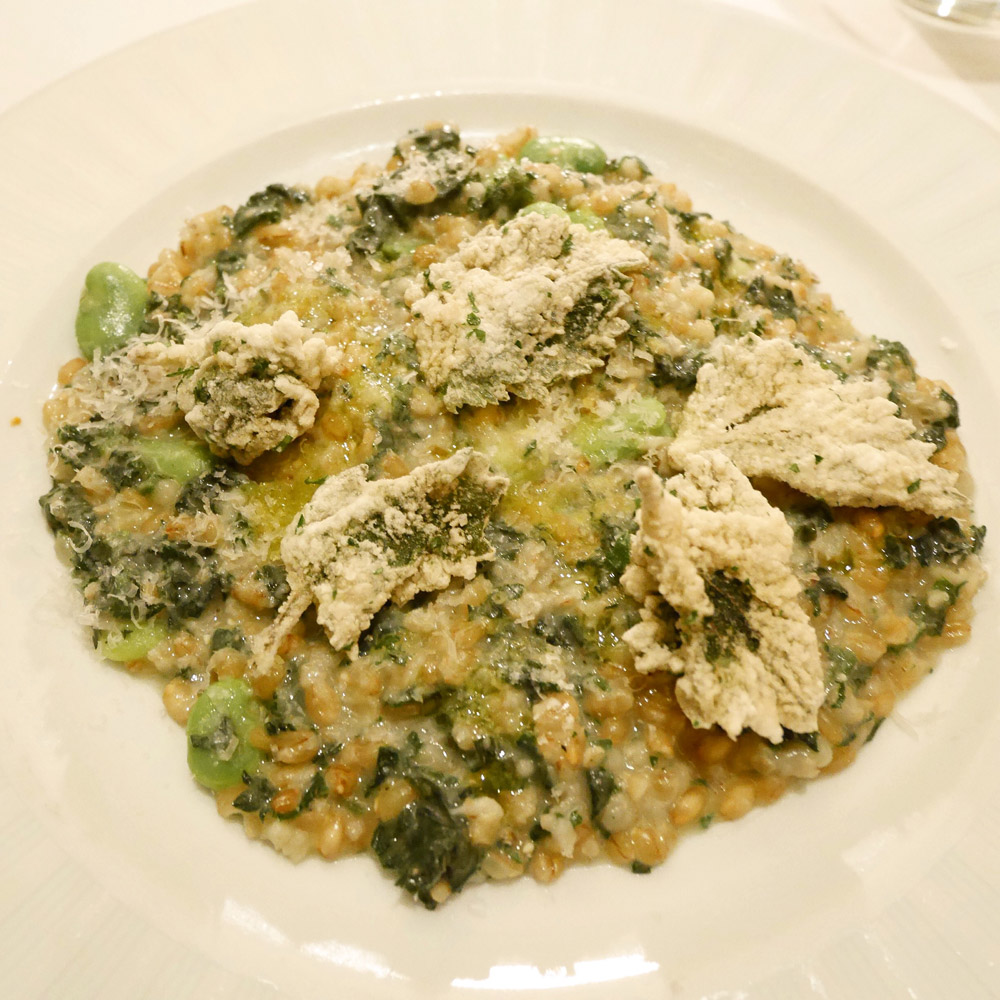 The fettuccine with asparagus was a far prettier dish. I had a little taste and really enjoyed the fresh, springtime flavors from the lemon, spring onions, and asparagus. When you go seasonal, veggies are fabulous even on their own. The only place where this dish fell short was on the pasta; I expected the fettuccine to be more al dente. 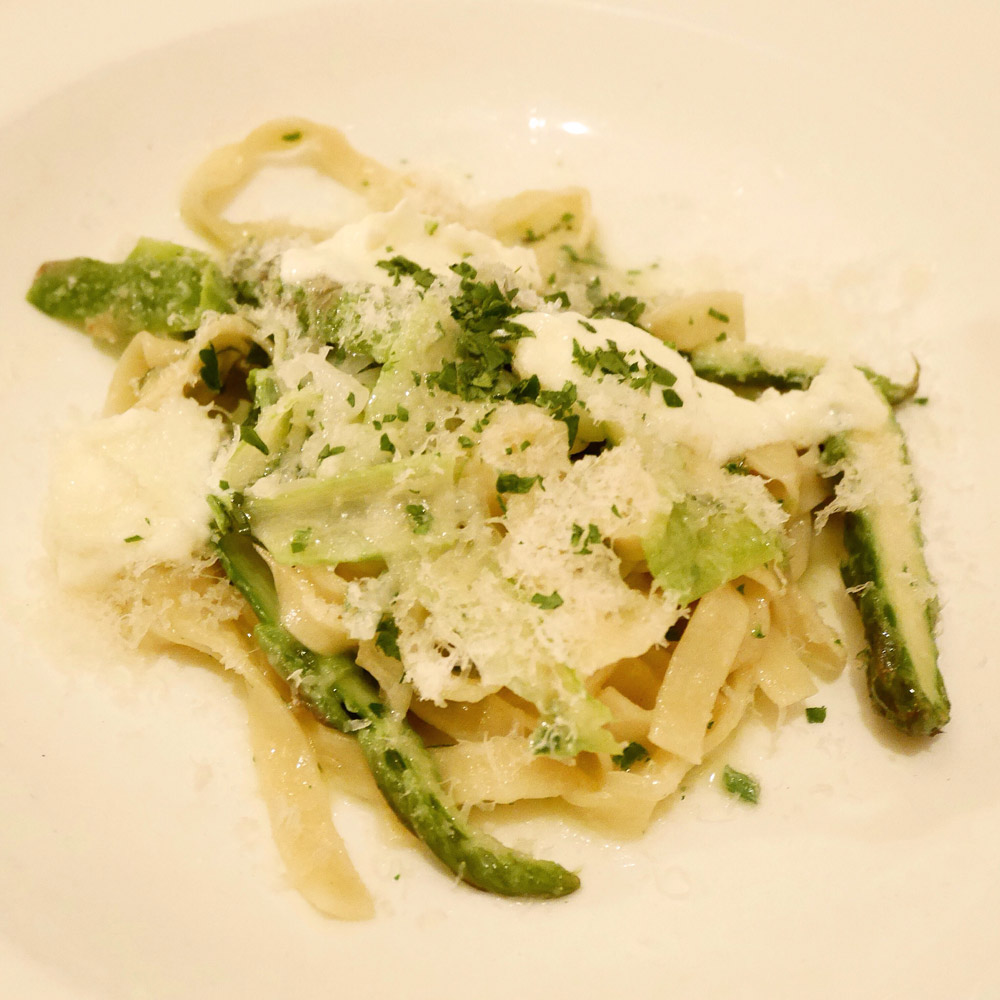 The pea pancakes are a springtime signature dish at Telepan, and it’s definitely in the running for my Best of 2016 list. The pea pancakes are served on pea puree and a bed of spinach. There are mushrooms and spring veggies in the mix too. Every component of this ode to spring is delicious, but I’m not sure if the agnolotti is really necessary. 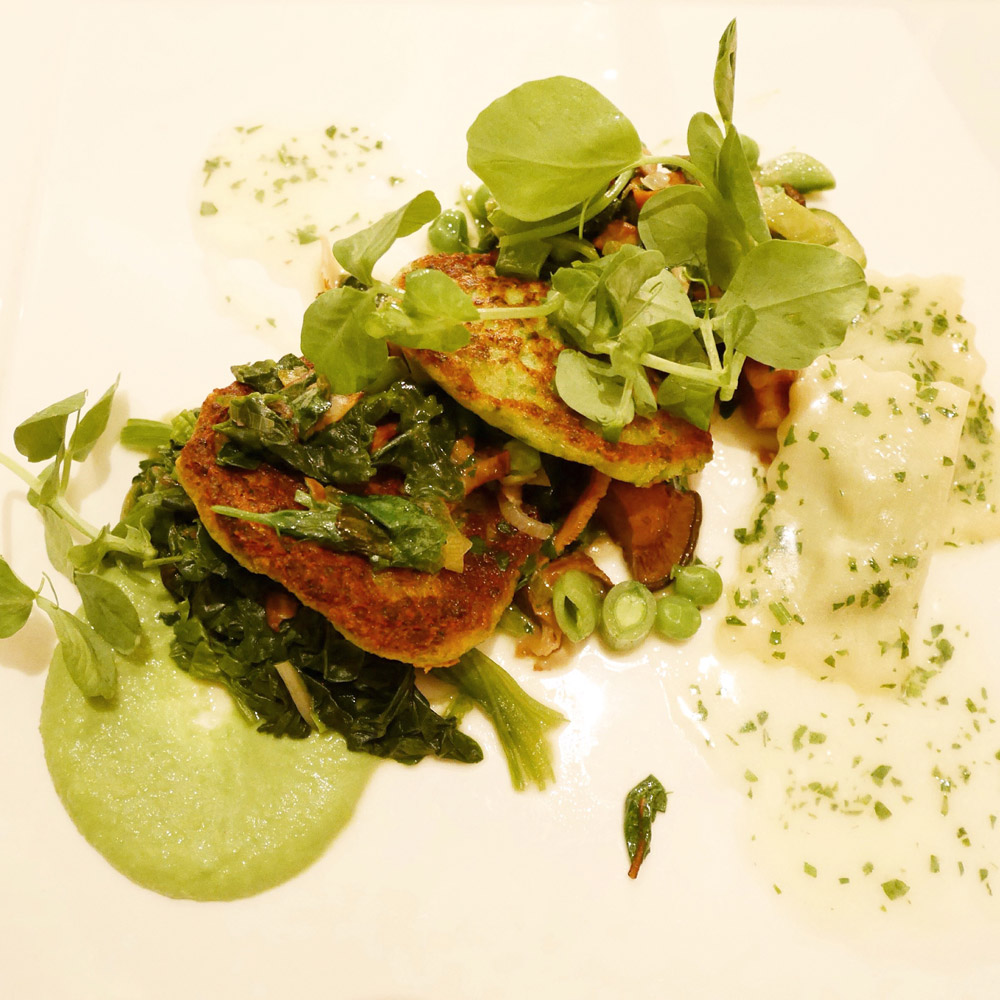 The other entree was the mushroom burger with aioli, gruyere, and crispy onions. I didn’t taste this, but it looked impressive and meaty. This is one of those burgers that you need to eat with a fork and knife. Comes with some veggie sides. At this point, Bill Telepan stopped by our table to say hello and check that we were enjoying our meal. 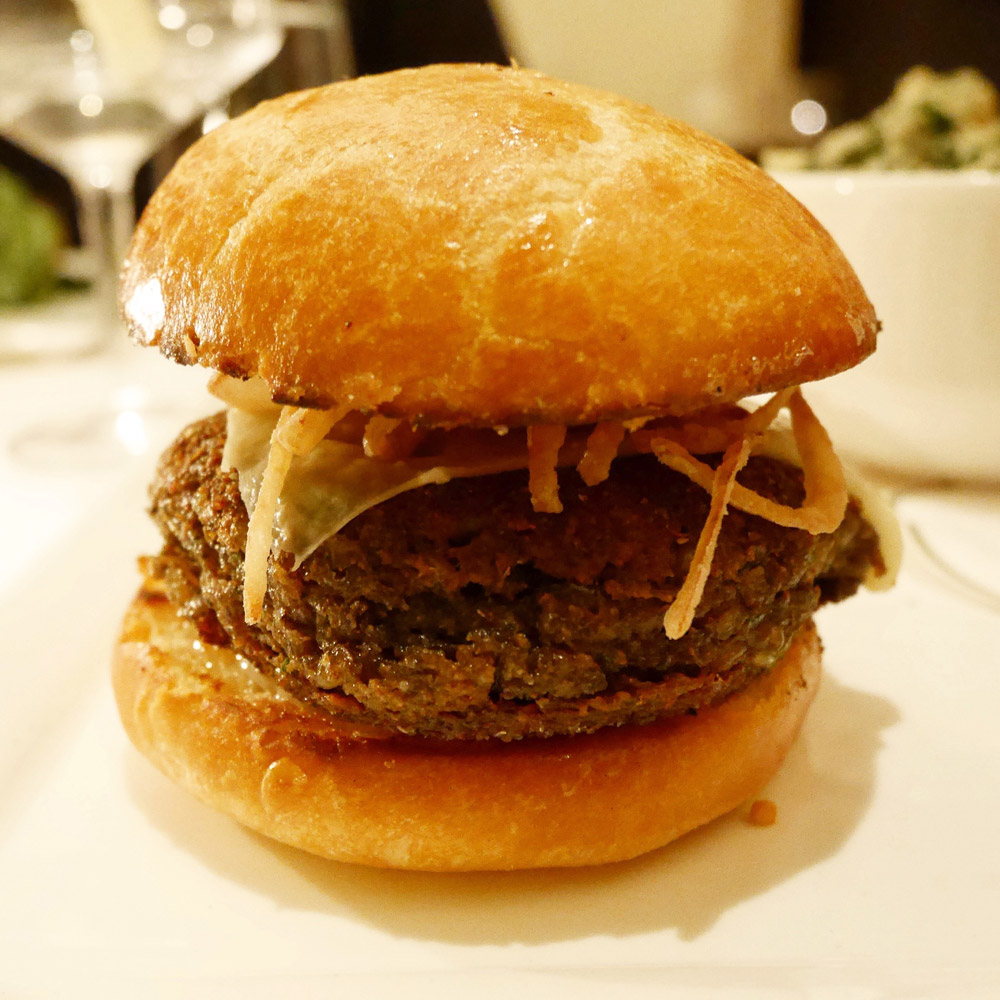 One of the best things about dining in a group? Sampling desserts! I got the ruby red grapefruit granita parfait partly because I haven’t had grapefruit in a while and partly because I was full and wanted the lightest dessert available. They pour a little prosecco over the parfait when it’s at the table. Lovely balance of sweet and sour. Very refreshing for spring or summer. Paired nicely with a glass of moscato d’asti. 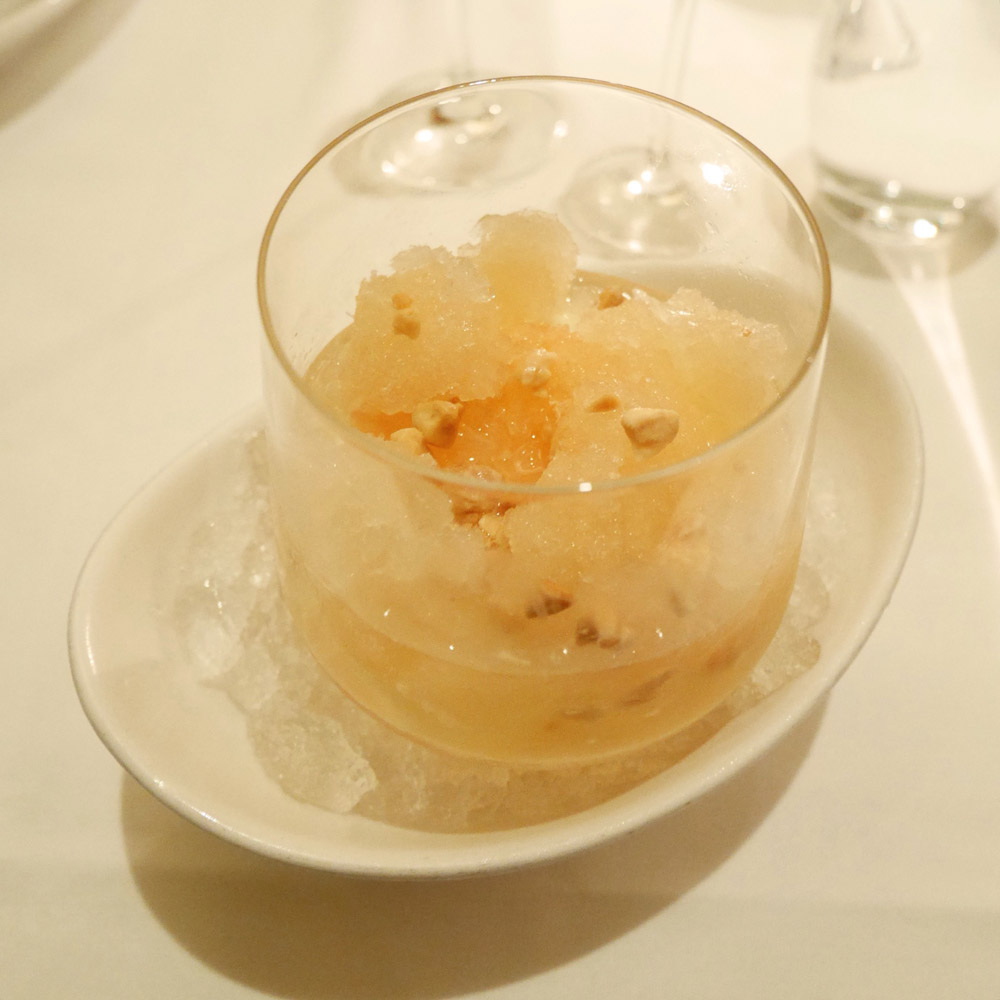 Simone, one of our new friends at this dinner, was visiting from Europe, and she had never had peanut butter before! This peanut butter and chocolate gianduja was her first PB experience. It also comes with peanut brittle ice cream on the side. A tasty enough option, especially if you’re into peanut butter, but not quite a wow dessert.

The coconut cake was light and fluffy with vanilla ice cream and shredded coconut on the side. This was nice, but I wasn’t inclined to go back for a second bite. Is it just me or do the desserts come in pretty hefty portions? 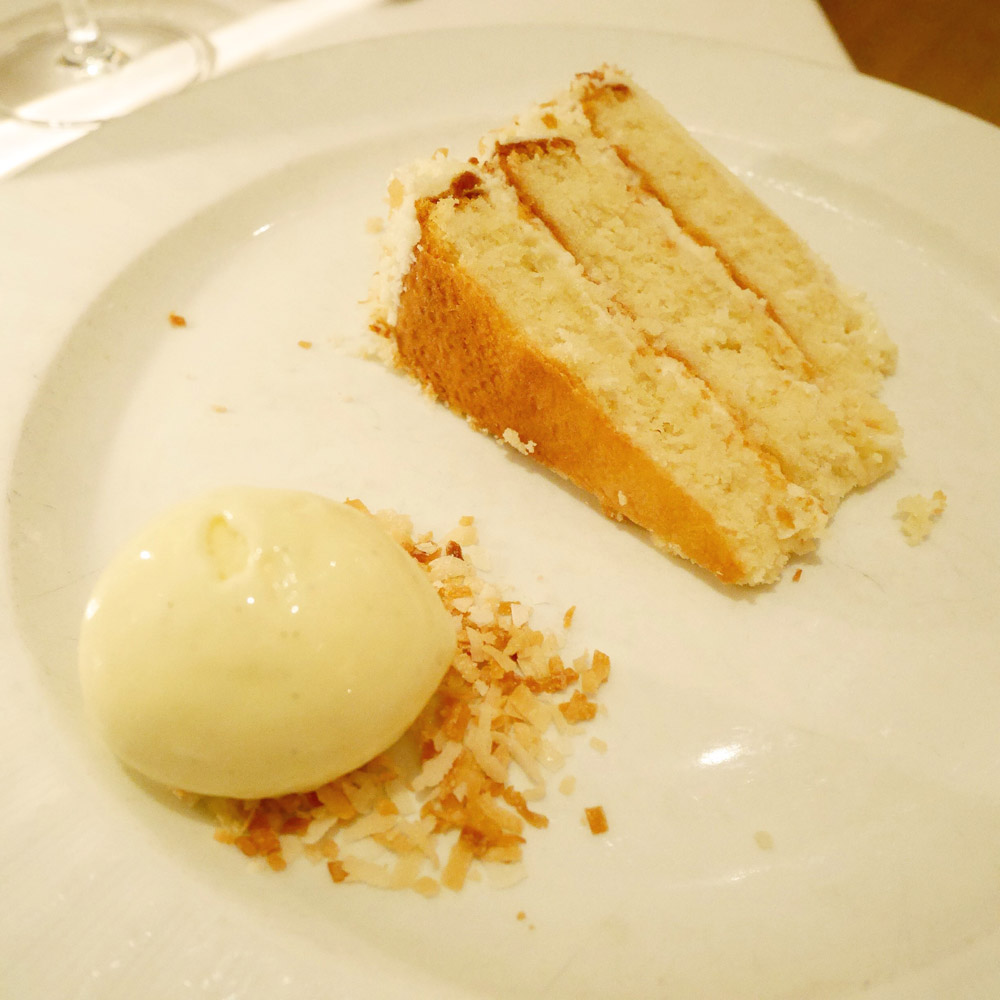 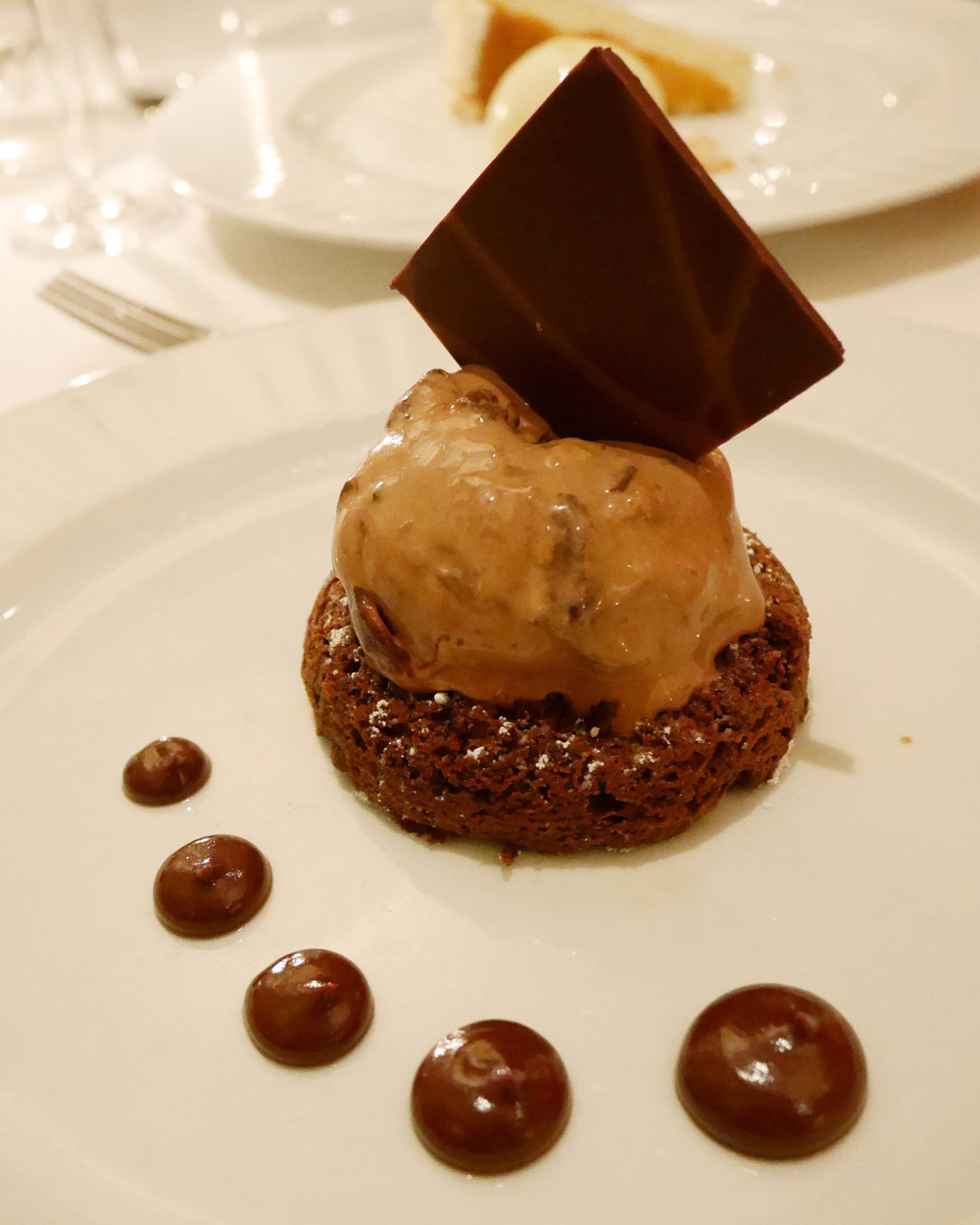 Note: This post is in collaboration with Let’s Dutch. I was invited as a guest to this event and received a complimentary meal. This was not in exchange for a positive review and all opinions expressed here are my own. 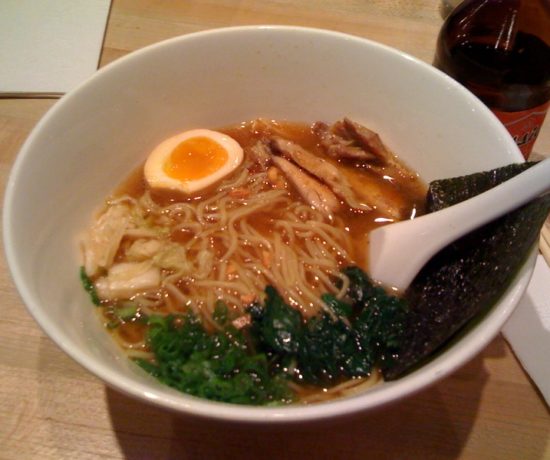