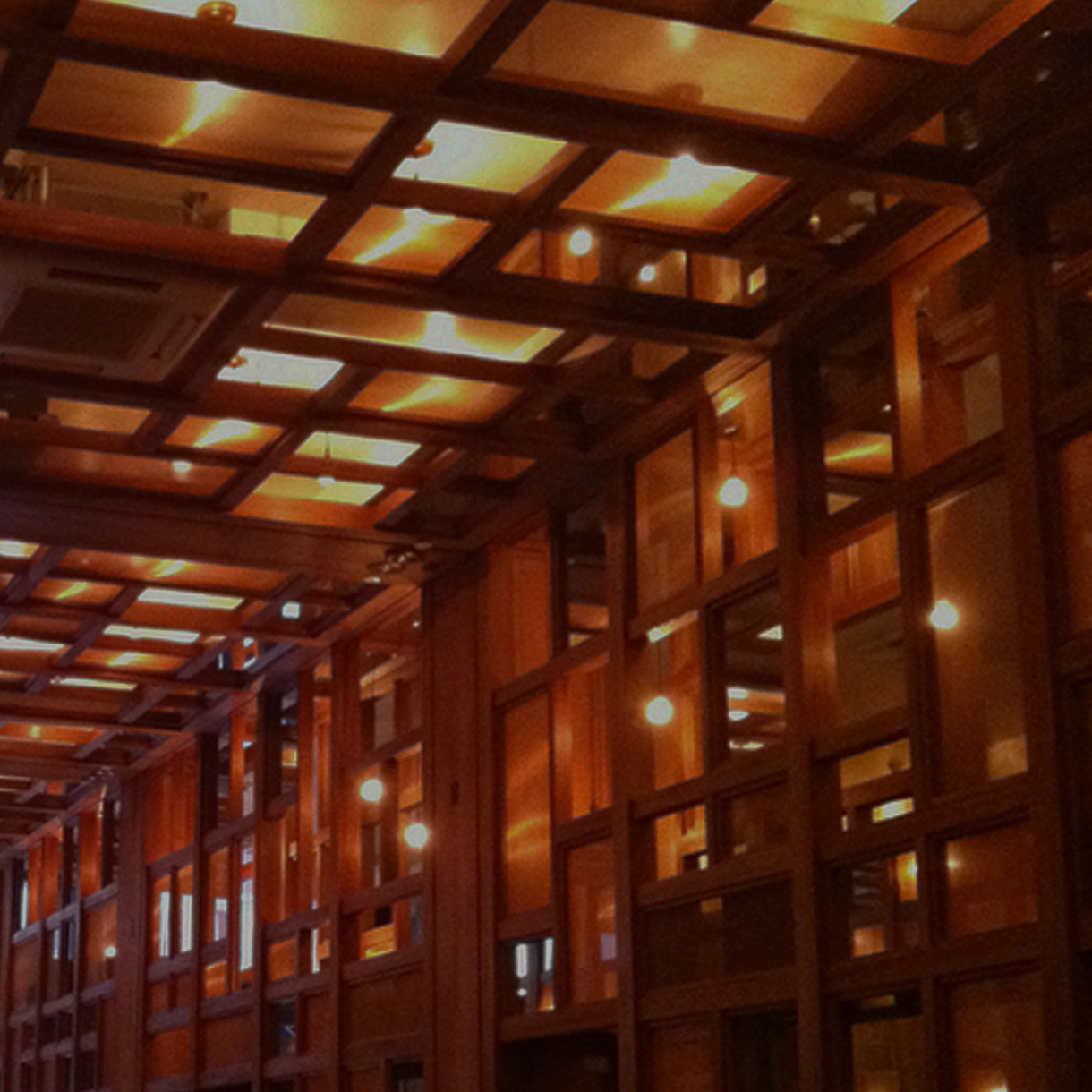 I recently won a bunch of restaurant gift cards, and the first thing I did was take my handsome hubby out on a date! I have heard some great things about ilili Restaurant, both the food and the space, and was excited to check it out.

Located in the Flatiron District, ilili offers Lebanese flavors combined with modern Mediterranean influences. The trendy interior and candle light makes it feel like a cool lounge. Unfortunately, our table was on the second floor, not in the grand dining room with the neat walls and ceilings, but the space we were in was very chill and intimate. Many date nights were in progress. 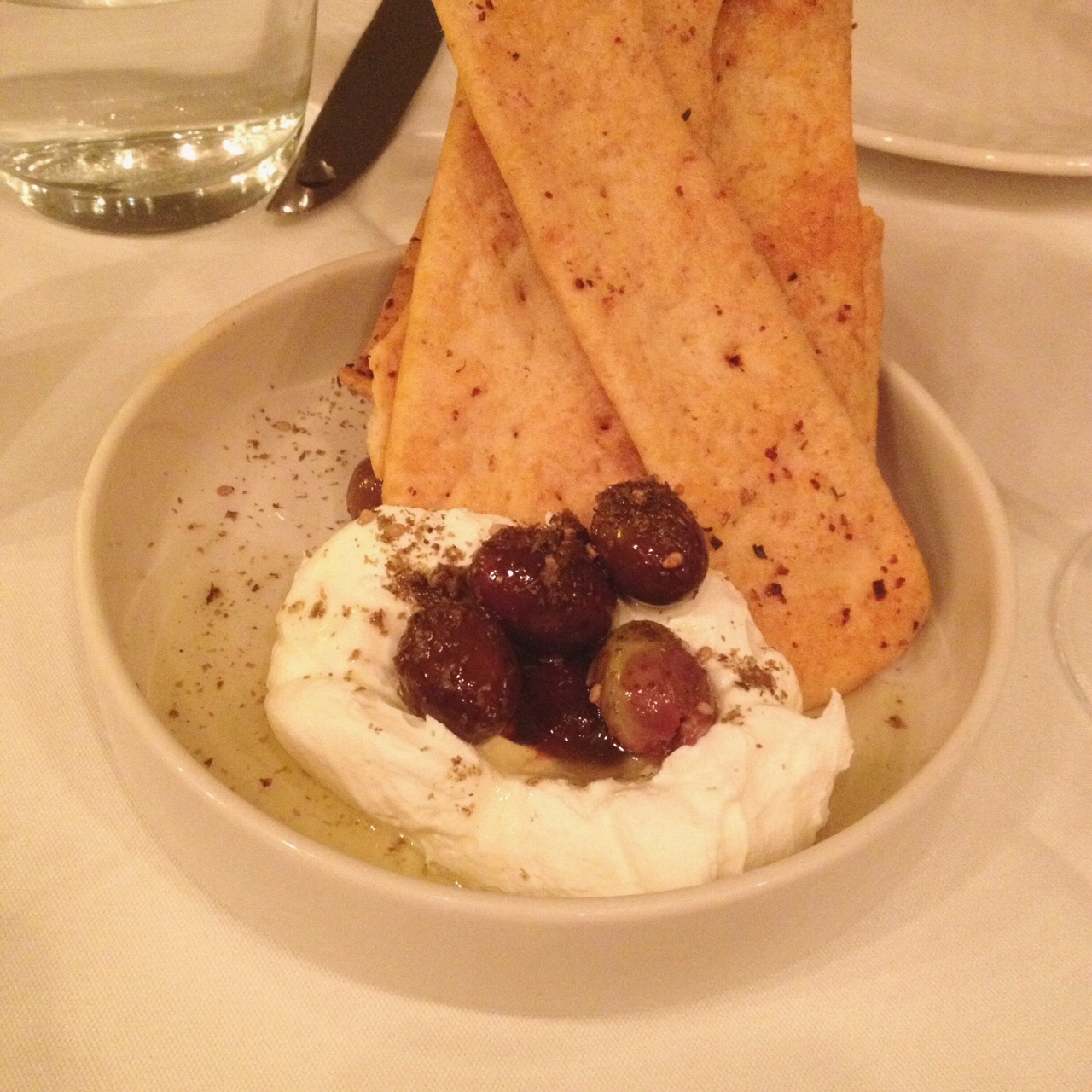 Shortly after our drinks arrived, the server brought out some olives with yogurt and seasoned pita chips. The yogurt was creamy, and the pita chips were tasty enough to eat alone. I sipped on the ilili Rosé Sangria ($11), while John had the 961 Lebanese Pale Ale ($9). Neither of us had ever come across any kind of Lebanese beer before. 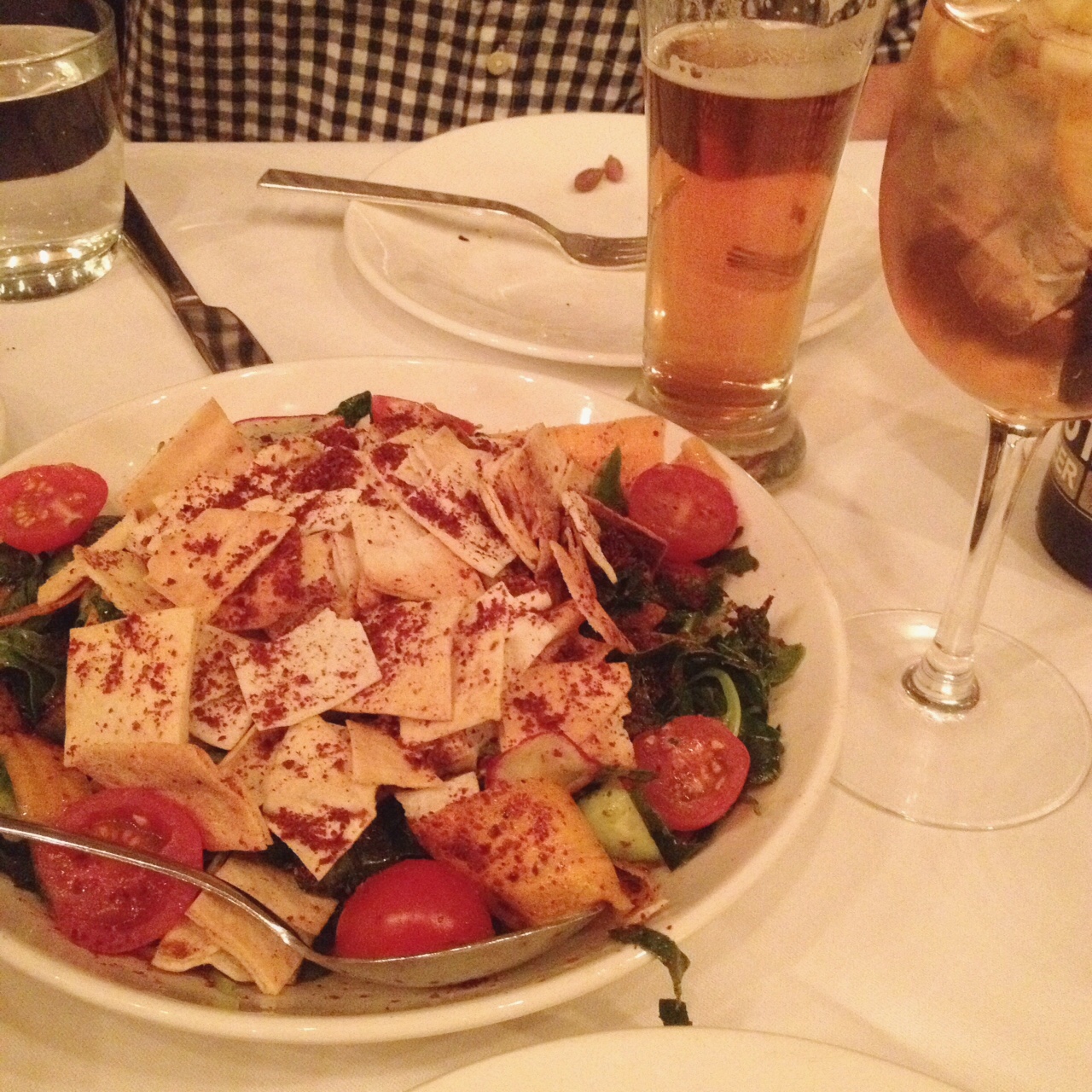 Mediterranean cuisine is always very vegetarian friendly. All the salads sounded good, but we settled on the Kale Fattoush ($13). This was a Lebanese garden salad with tomatoes, cucumbers, radish, carrots, and kale topped with toasted pita chips and sumac lemon vinaigrette. Healthy and refreshing! I’ll happily have this colorful salad on any day. 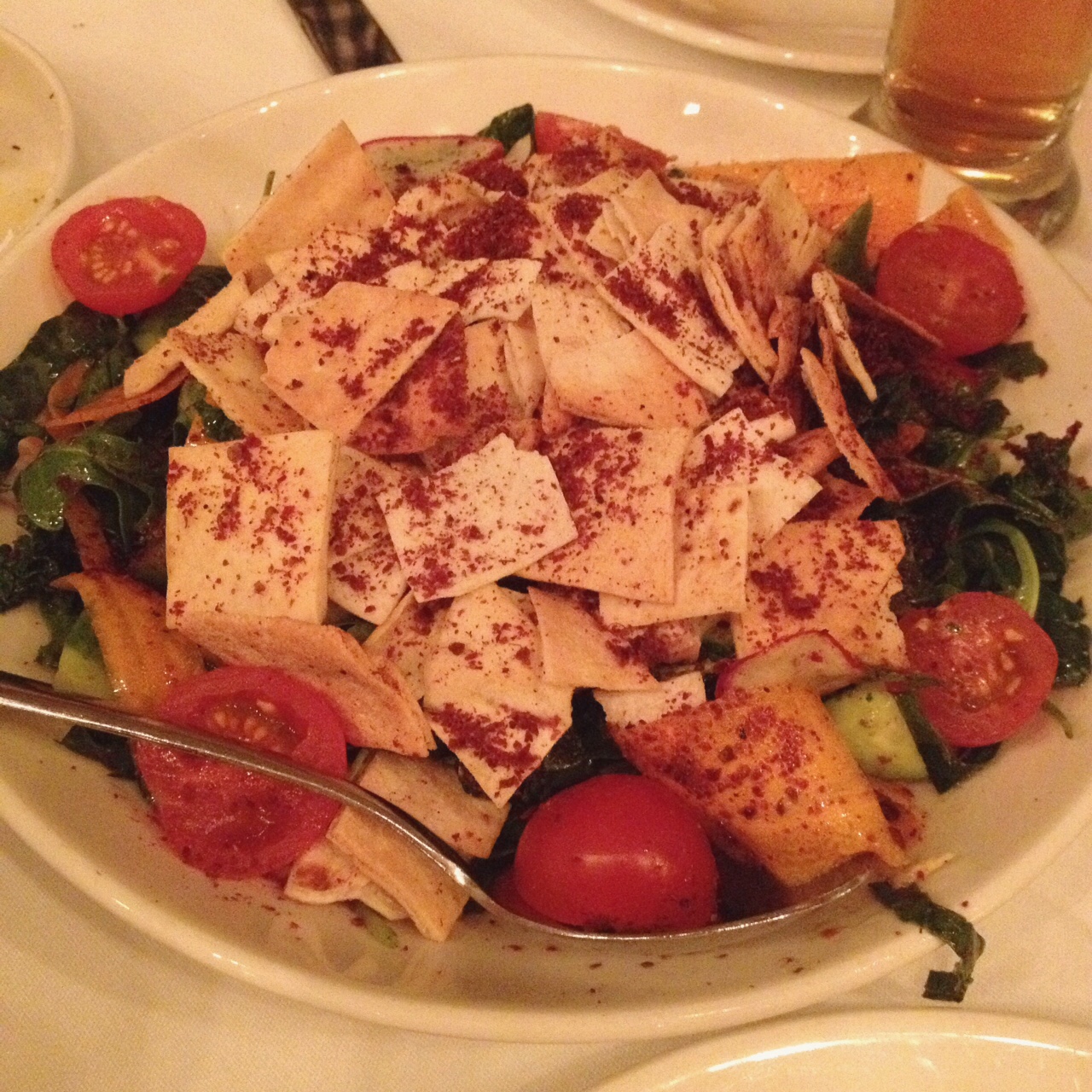 We also got an order of ilili’s Falafel ($8), which is made of chickpeas and fava beans. I don’t usually see falafel in blocks like this, but I really liked the crunchy edges. The center of the falafel had a nice flavor, but it was heavier and denser than I had expected. 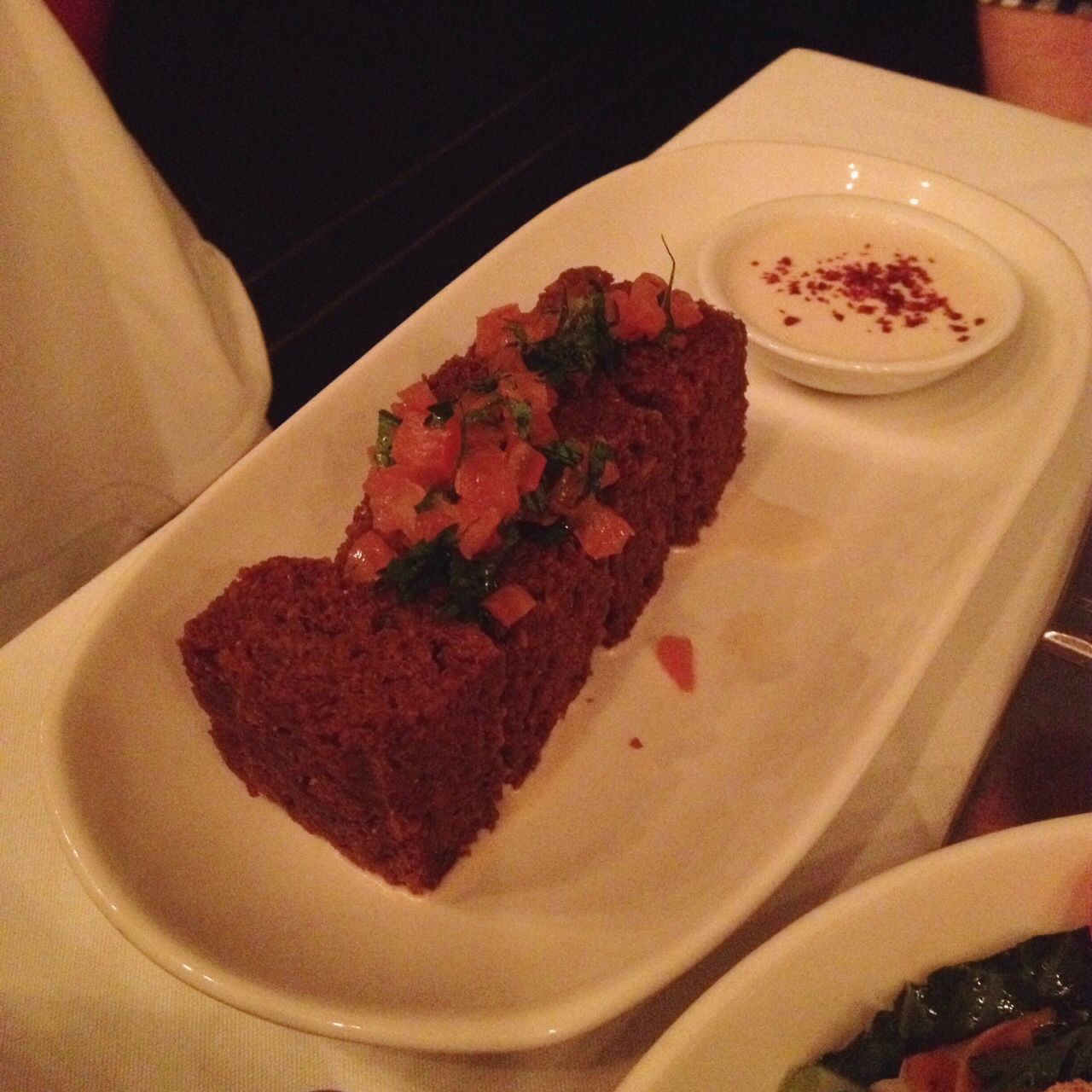 Our appetizers also came with a basket of warm, puffy hot pitas. They had just the right amount of chewiness, and the pockets are ready to be stuffed with anything. The pitas look like pillows, don’t they? At this point, I was getting full from the appetizers and ready to take a nap! 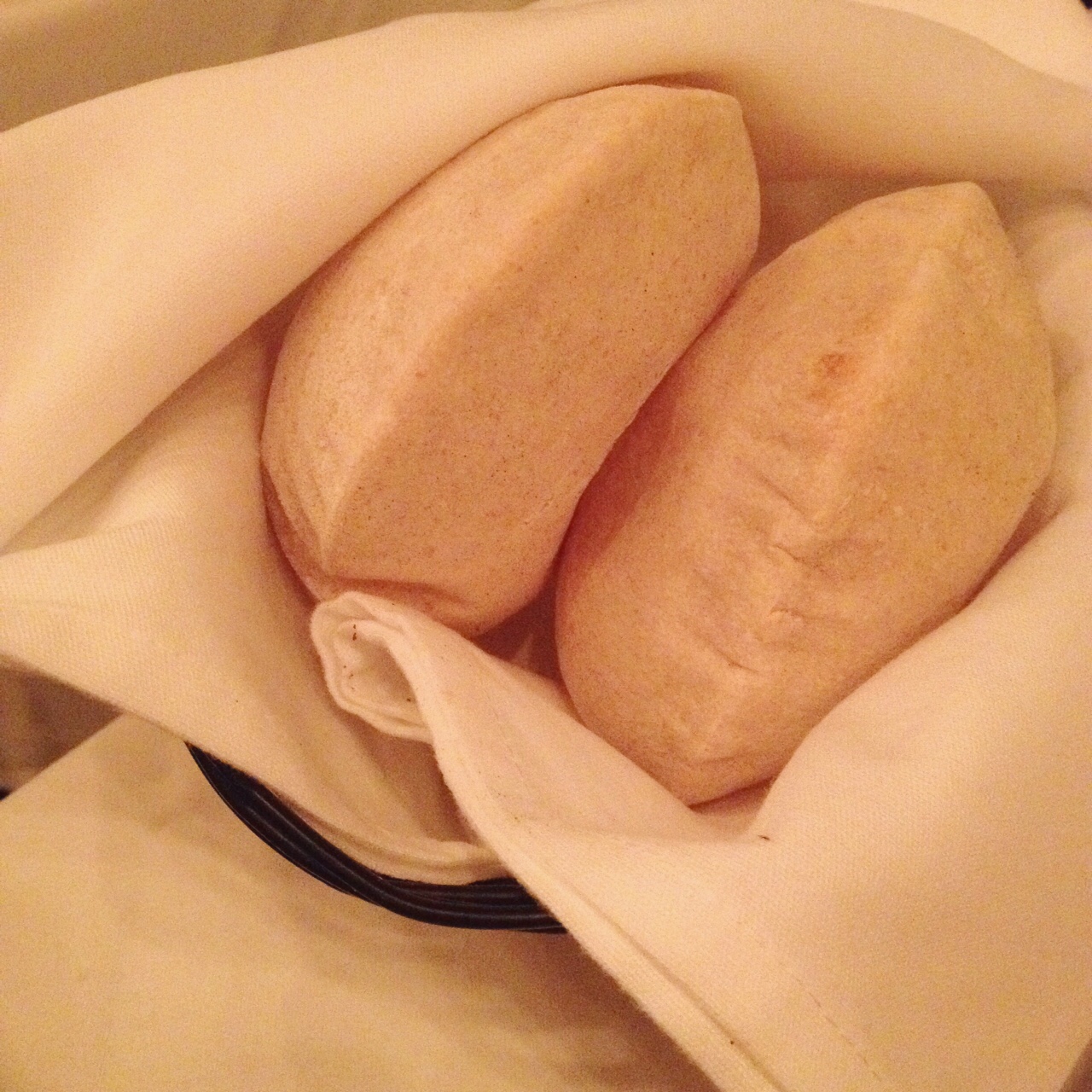 We ordered the Semolina Gnocchi ($22) to share, but had not made much progress with the appetizers when the entree came out. Since there was no room at our table, our server asked if he could serve the gnocchi was served directly onto our plates.

The gnocchi was soft and pillowy with a nice golden color. It melts in your mouth and when paired with the yogurt sauce with pine nuts and orange zest, it’s fantastic. Very filling though. The gnocchi entree would have been plenty for a table of four if you’re also sharing appetizers. 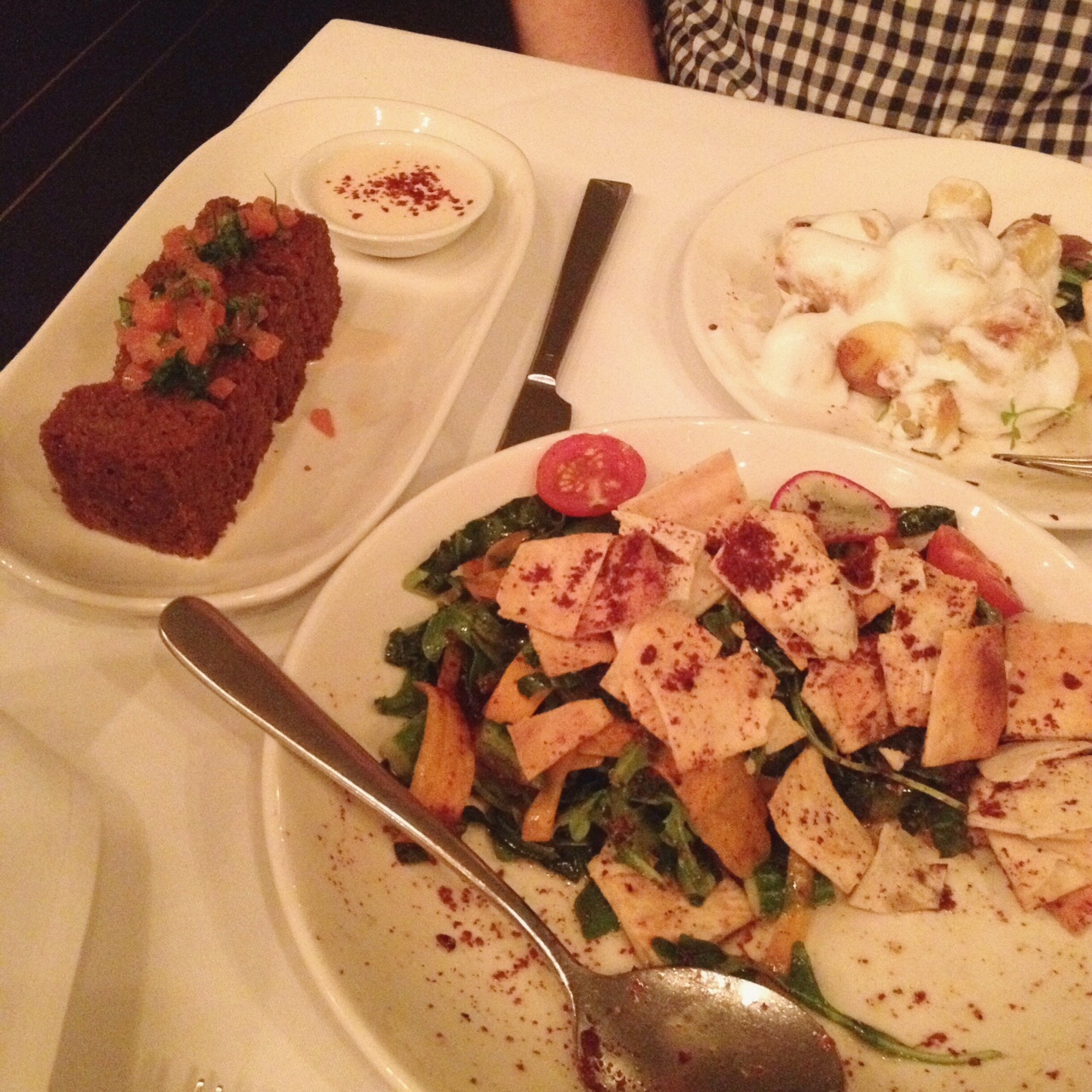 Unfortunately, we were too full for dessert and even had leftovers to take home. I’d love to come back and try more of ilili’s mezze dishes, especially as they’re so veggie friendly. And next time, I’ll be sure to save room for baklava! 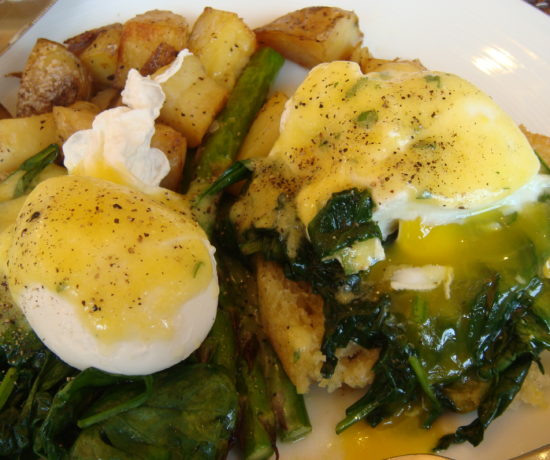 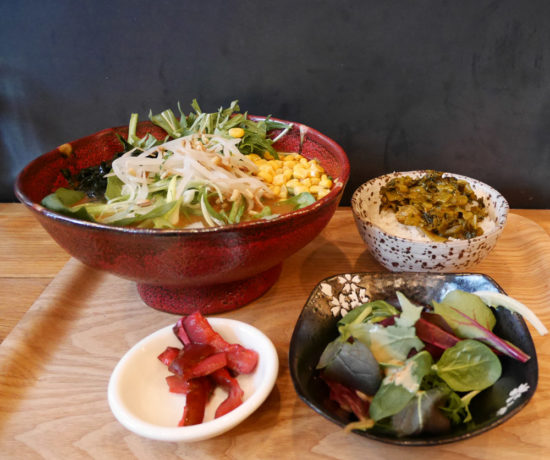 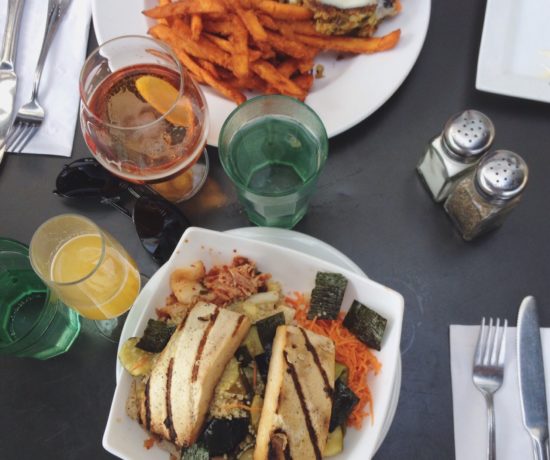