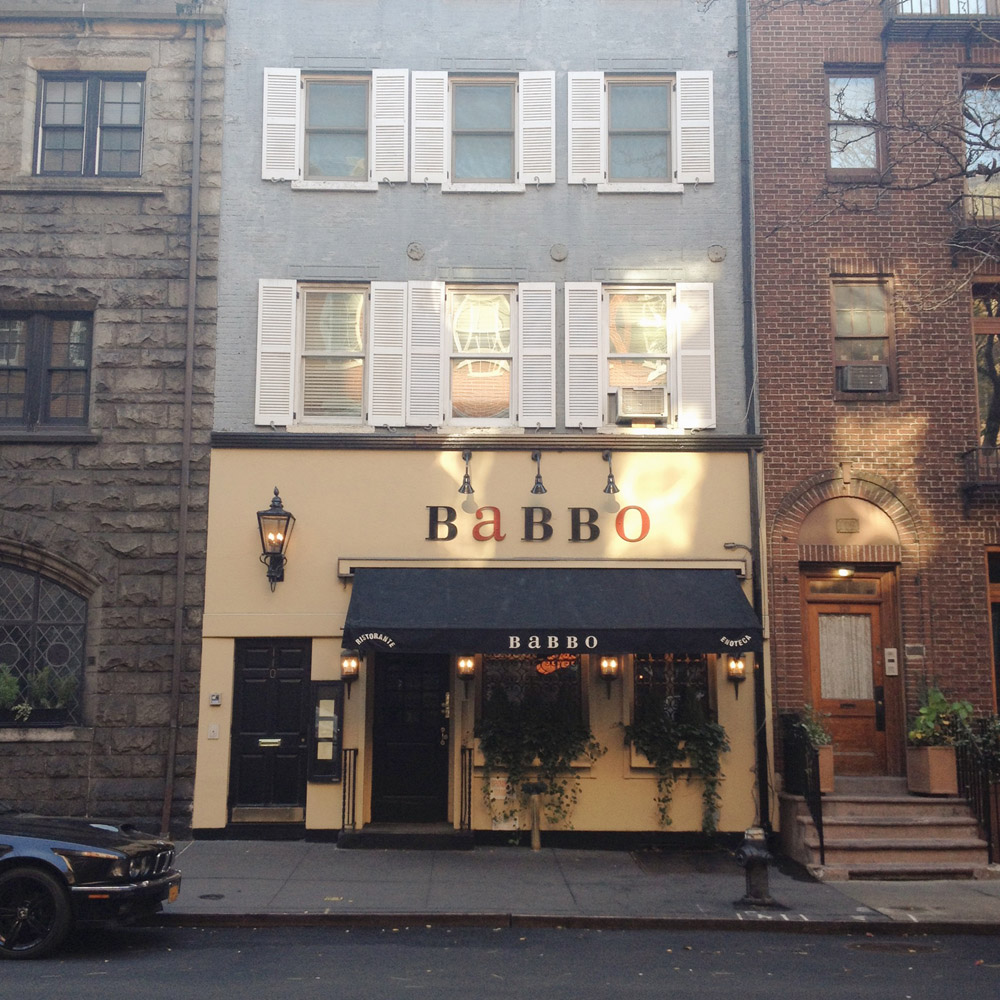 Back in 1998, Mario Batali teamed up with Joe Bastianich to open their flagship restaurant, Babbo, in Greenwich Village. Since then, the B&B partnership has grown into an Italian empire, but I’ve always wanted to visit the place where it all began. My sister and I visited Babbo for lunch on a weekday and were delighted to find that it had been decked out for the holidays. 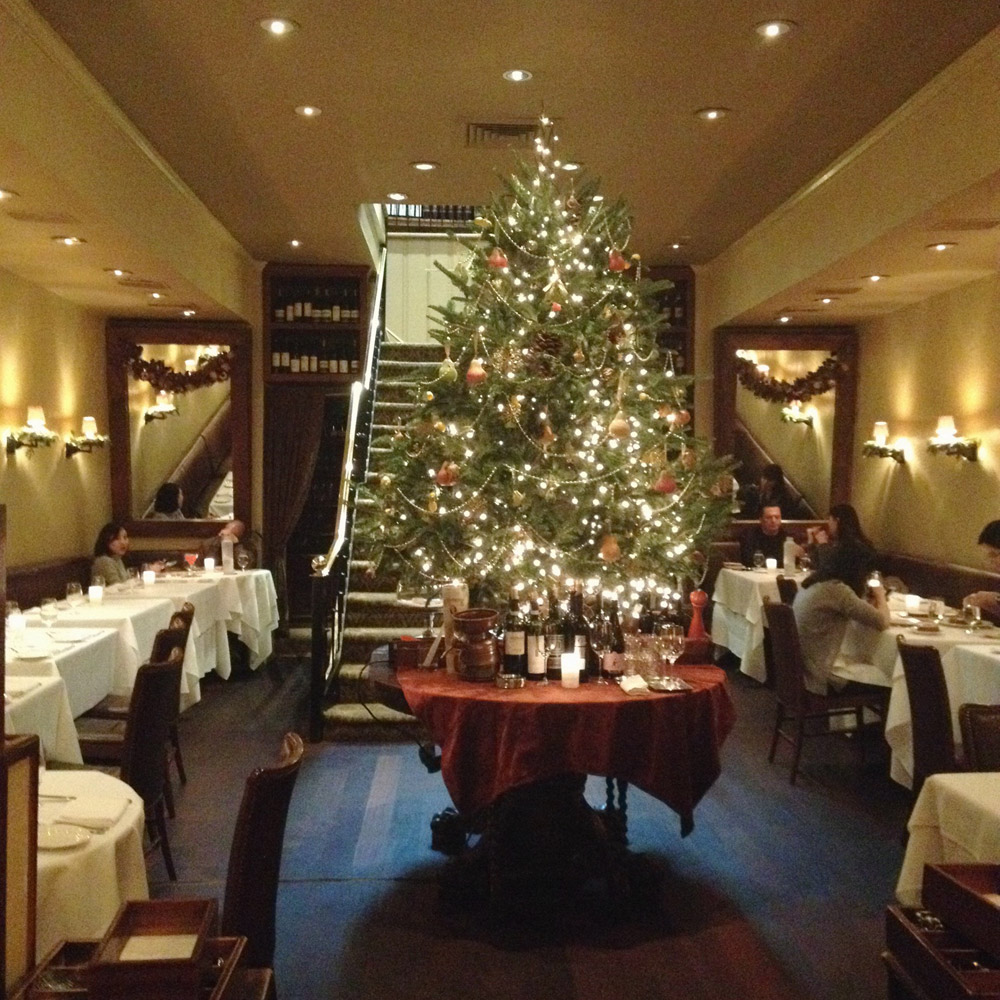 Warm and inviting, the dining room at Babbo is lovely for an intimate meal for two. Compared to most fine dining restaurants, the tables are packed pretty tightly together, but the lunch crowd didn’t show up until 1pm. It was nice to enjoy the soothing jazz for the first half of our meal. 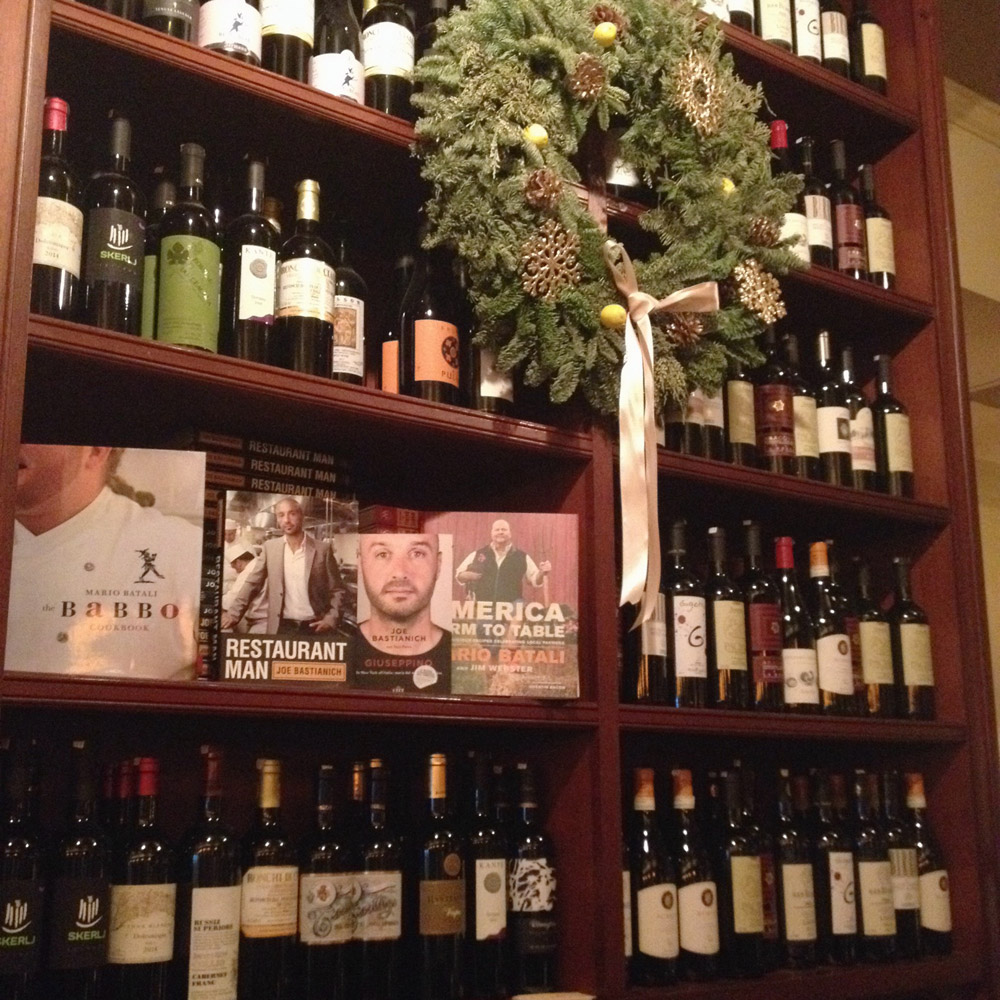 The service during our meal was good. However, the maitre d was no where to be found when we first arrived. We were left standing in the front for quite sometime before anyone greeted us. Oh well, at least it gave us a chance to say hi to Mario and Joe by the wines.

Our meal began with a chickpea and olive tapenade amuse bouche. Simple, but tasty. We were also served some good bread, but I was surprised it did not come with any butter or olive oil. 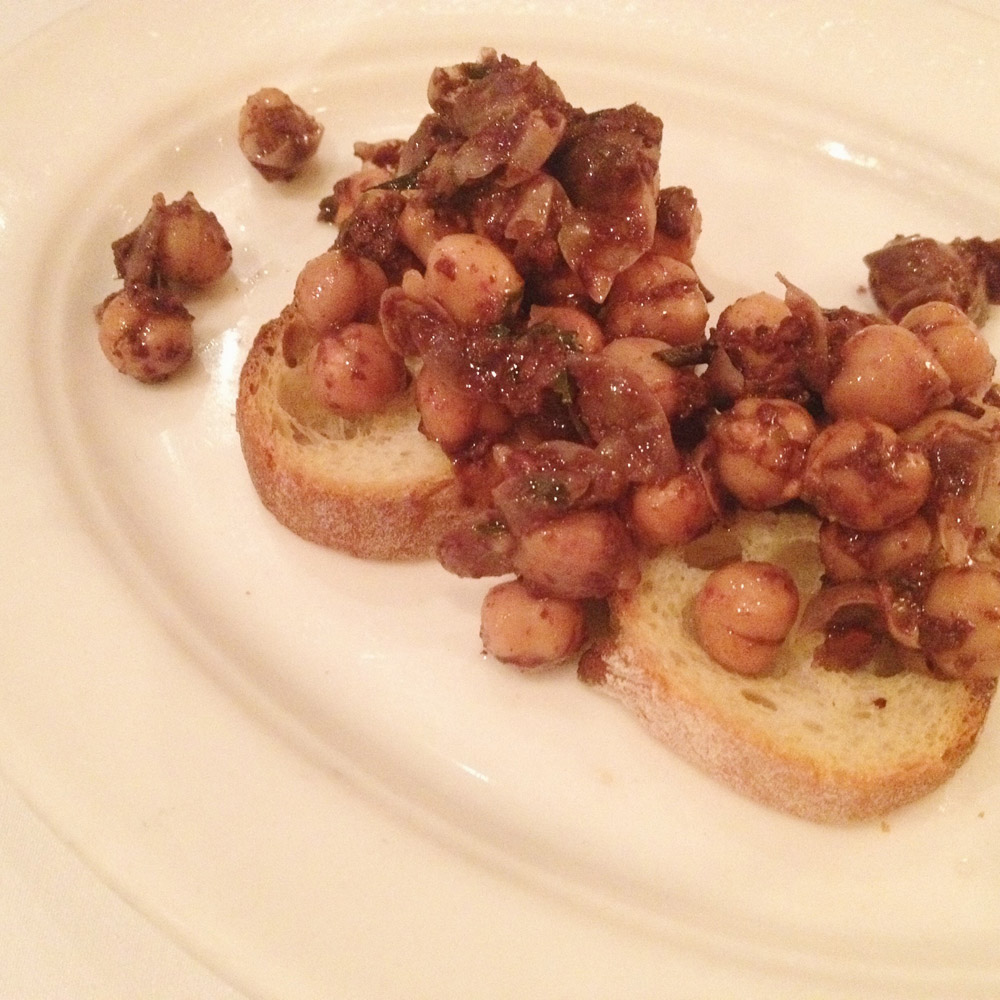 I realize that beet salads are a common menu item during this time of the year, but we decided to get it anyway. Babbo’s baby beet salad ($15) with blood orange and montasio did not disappoint. Not too earthy as they use a mixture of red and golden beets. Nice sweet and tangy flavors from the blood orange. Even my sister, who emphasized that she isn’t a beet person, enjoyed it. 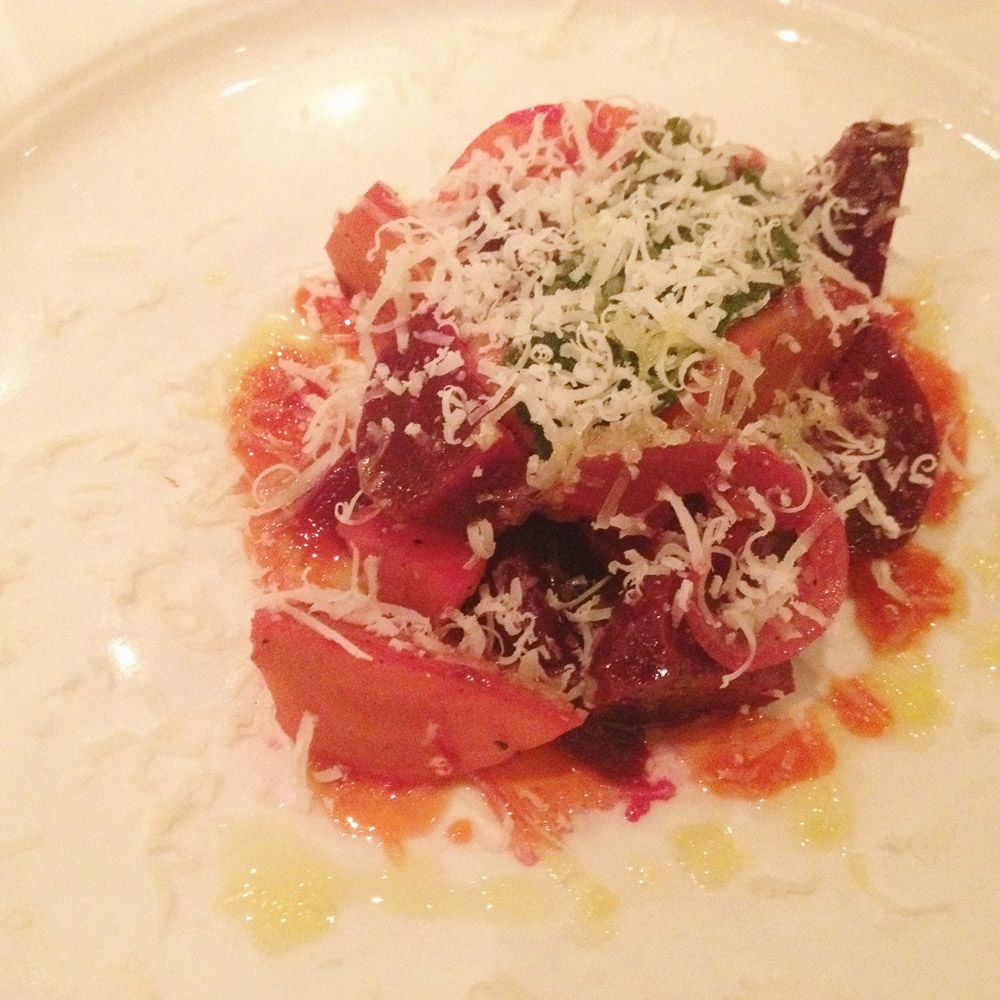 I asked them to make the garganelli ($19) meatless for me. Even without the pancetta, the garganelli with swiss chard, red celery, and asiago seemed quite complete. The pasta was a bit firm for me, but the sauce was lovely with all the ingredients of this dish. 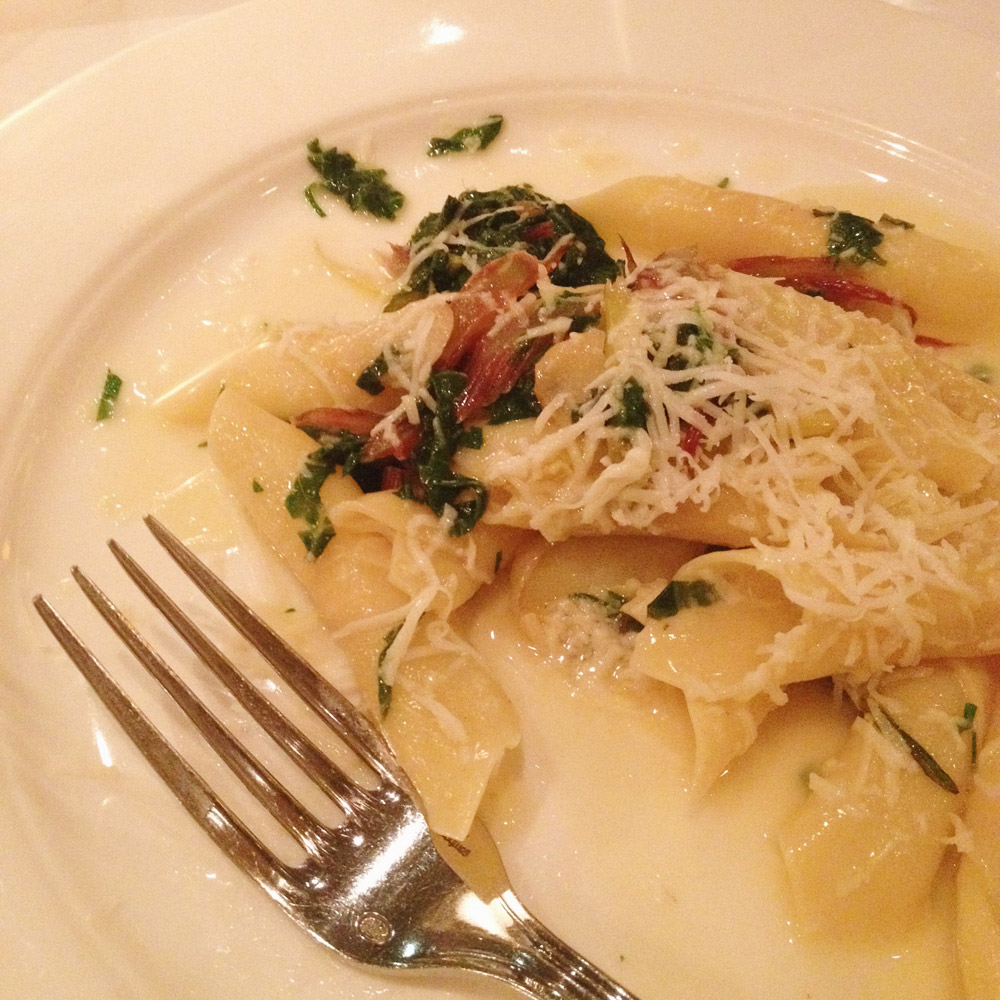 My sister got the pork francobolli ($22) with chanterelles and roasted pumpkin. Francobolli “postage stamps” is basically a fancy spancy way of of saying ravioli. Wen said the chanterelles were especially tasty, and pork filling of the pasta was melt in your mouth delicious. For the rest of her time in NYC, she couldn’t stop talking about this dish. 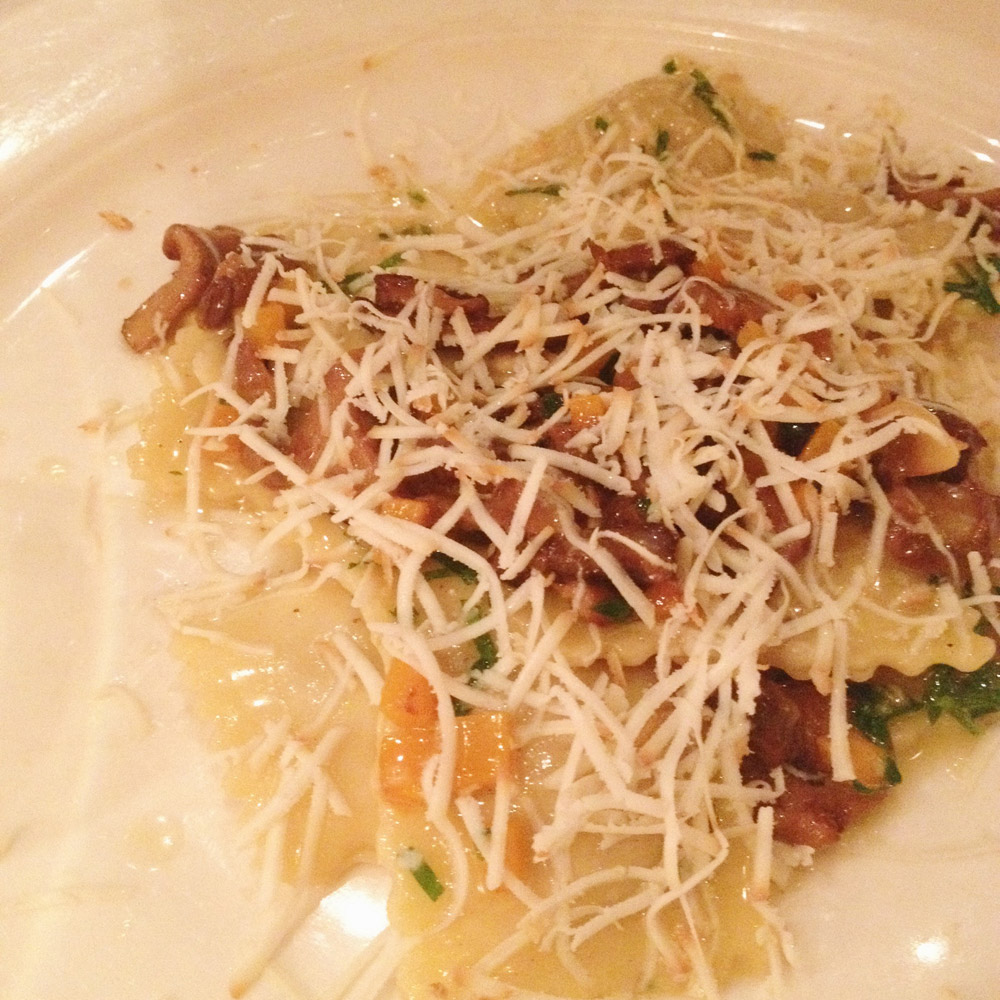 For dessert, we shared the bignès ($15) filled with spiced ricotta gelato and roasted white chocolate. The pastry was light and airy without tasting too eggy, and the gelato was creamy with a subtle touch of spice. When roasted, white chocolate becomes sweet, molten caramel. 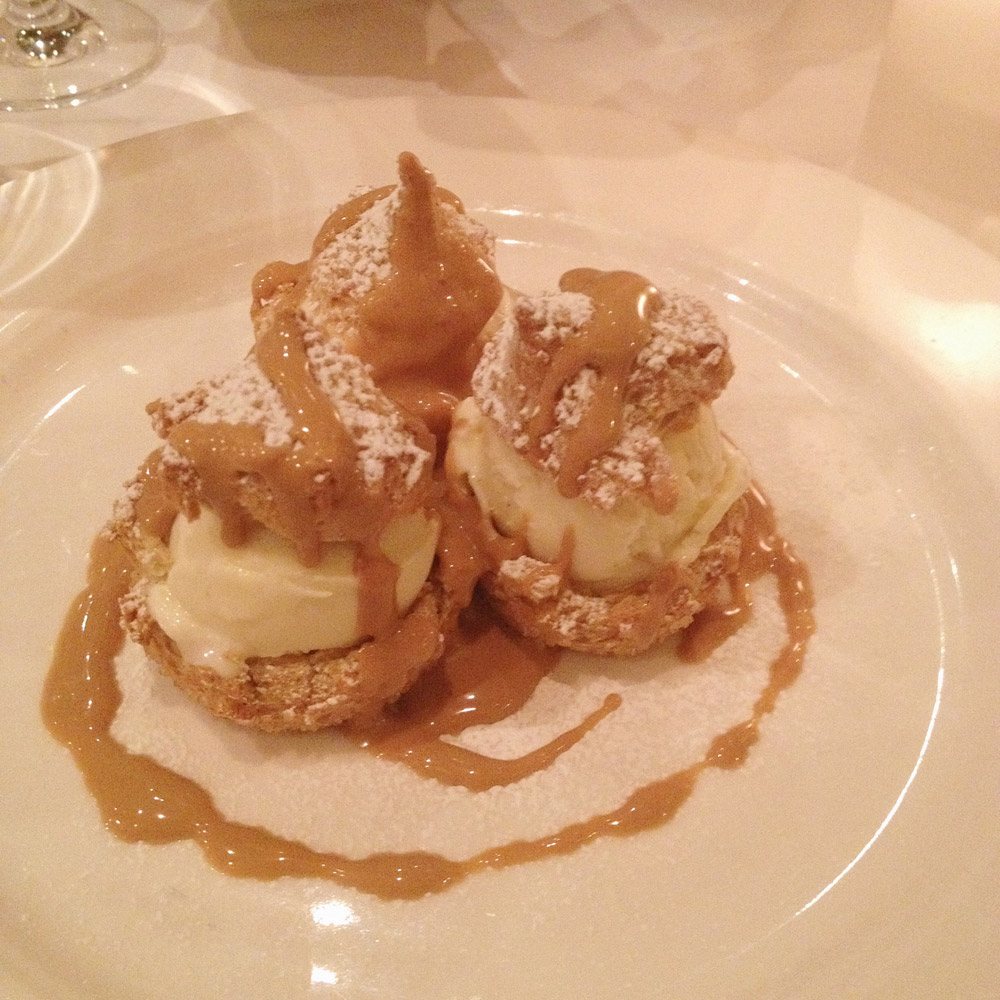 Throughout the meal, everything was tasty and refined. It ended on a good note too. Was I wowed? Not really. Don’t get me wrong, it was a positive experience, but it just seemed to be missing a special something. Babbo has held its Michelin star for quite some time, so maybe that’s why I expected more. 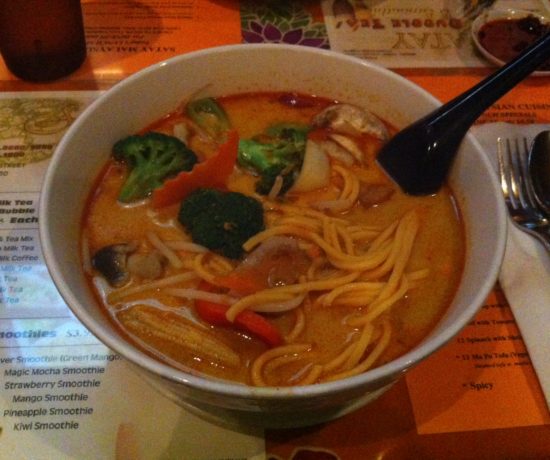