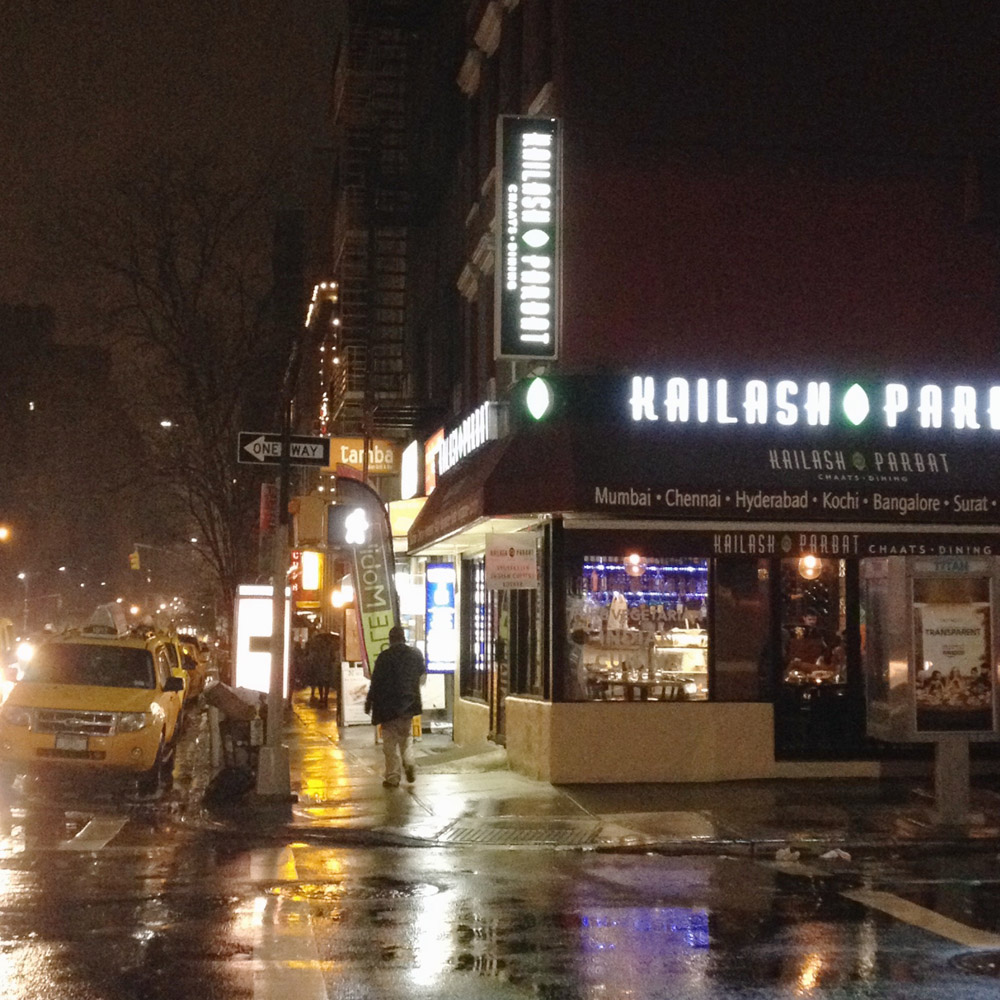 Last week, I braved the rain to visit Kailash Parbat for a press dinner. Located along the stretch that’s known as Curry Hill, Kailash Parbat specializes in Sindhi vegetarian Indian cuisine and was recently certified kosher. It was such a relief to step out of the rain and even better to be greeted by the enticing smell of spices!

Why come here? For tasty Indian food that just so happens to be vegetarian. I don’t think meat eaters are gonna miss meat here. It’s a casual setting, good for groups and families. The menu is quite large, so I’m sure there will be something for even the fussiest eaters. 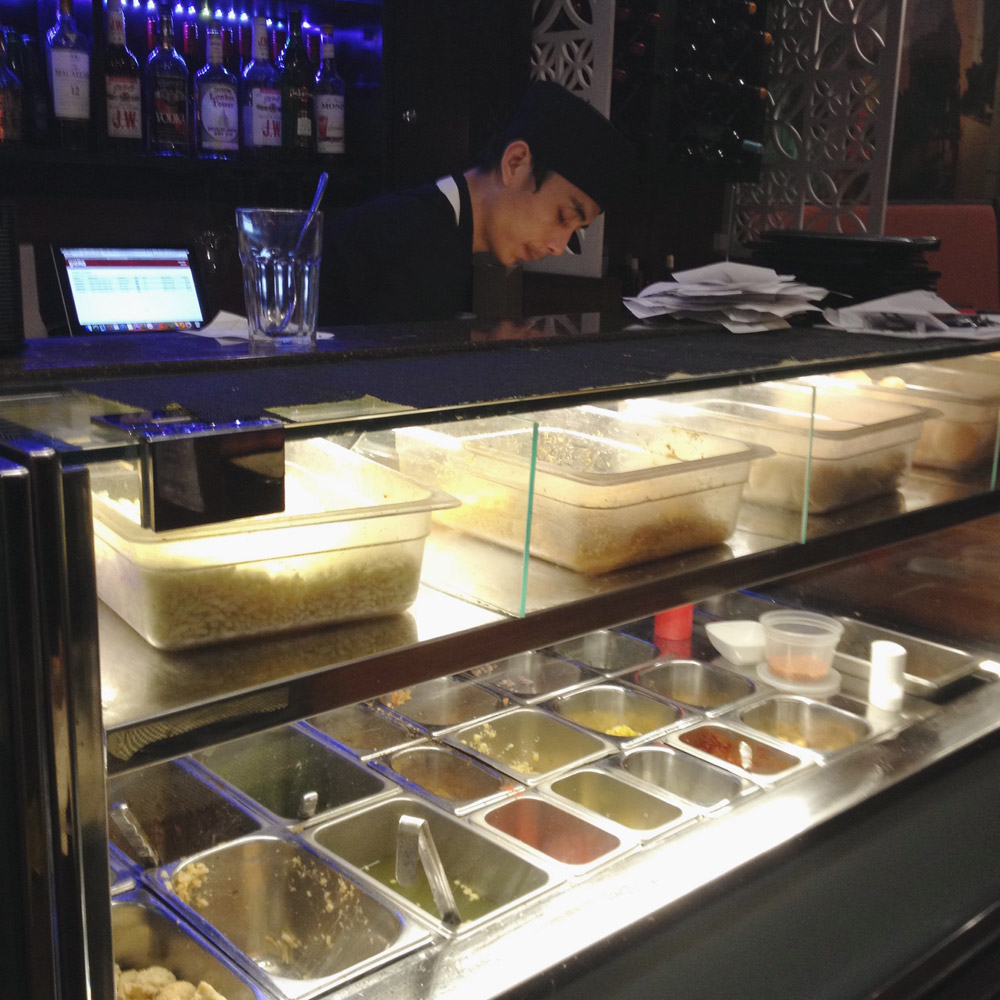 This is their only location in the U.S., but you’ll find them throughout India and in Singapore and London. Don’t shy away just because it’s a chain. Everything is made from scratch in-house using fresh ingredients — take a peek at the colorful ingredients at the chaat bar! I can’t tell you how authentic the food is as I’ve never been to India, but glancing around the restaurant, I noticed that many Indian families there that evening. That’s gotta count for something.

Our tasting focused on the special Indian Street Eats menu that’s only available for a limited time (until 1/3/2016). These dishes are popular evening snacks perfect with beer, wine, or cocktails. Forget food trucks, these street eats are sold by vendors who roam the streets while carrying a tray of food on their head. 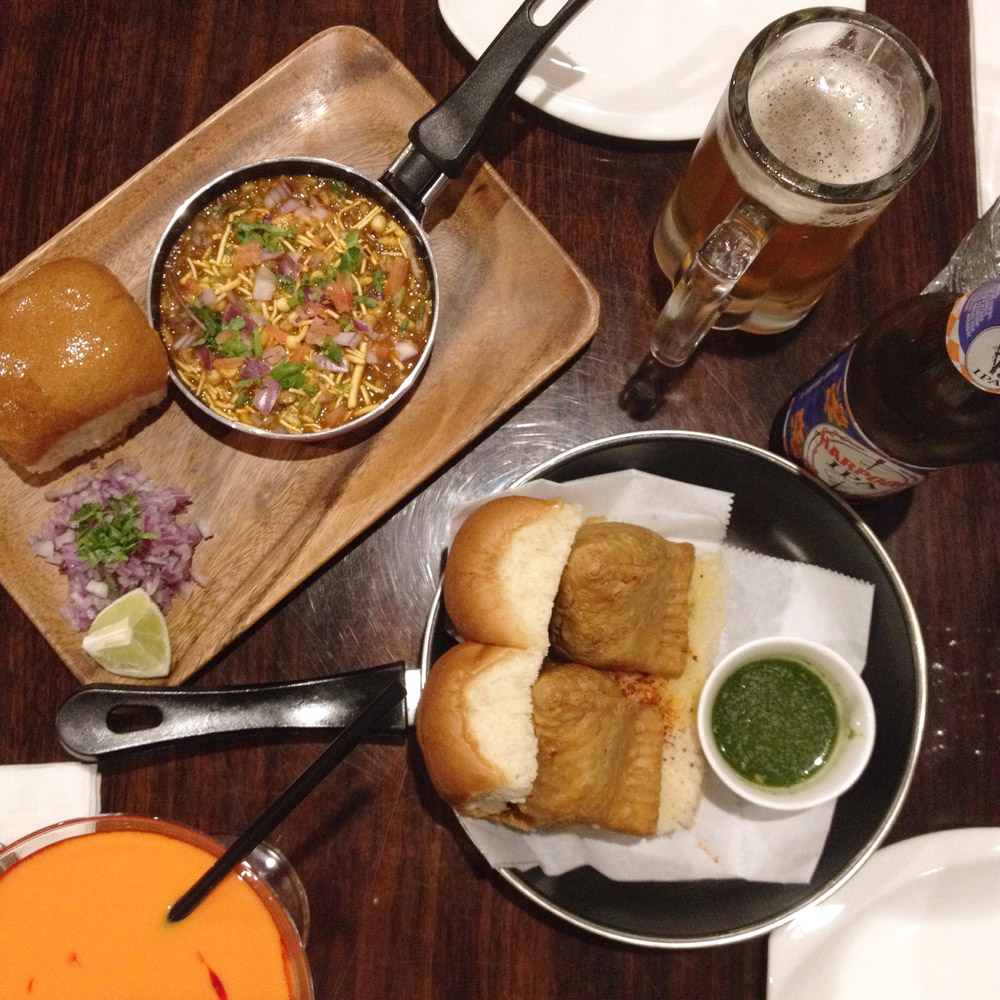 First up, the samosa pao! I love samosas, but I’ve never had it on a bun like this. The bread was well buttered and sprinkled with spices. Interesting idea, but difficult to eat together unless you have a gigantic mouth. That said, the samosas were good, especially with the neon orange sharabi lassi cocktail. Last time I had a mango lassi cocktail elsewhere, it curdled and wasn’t very appealing at all. This one wasn’t like that and was quite enjoyable.

The steamed rice dumplings had a Chinese twist to it with a ginger, garlic, and chili sauce. The rice dumplings, idlis, are soft and fluffy with a little hint of sweetness. Almost like gnocchi, but made of rice and lentils. Despite the color, this dish isn’t that spicy. Think of this dish as sweet and sour rice dumplings. 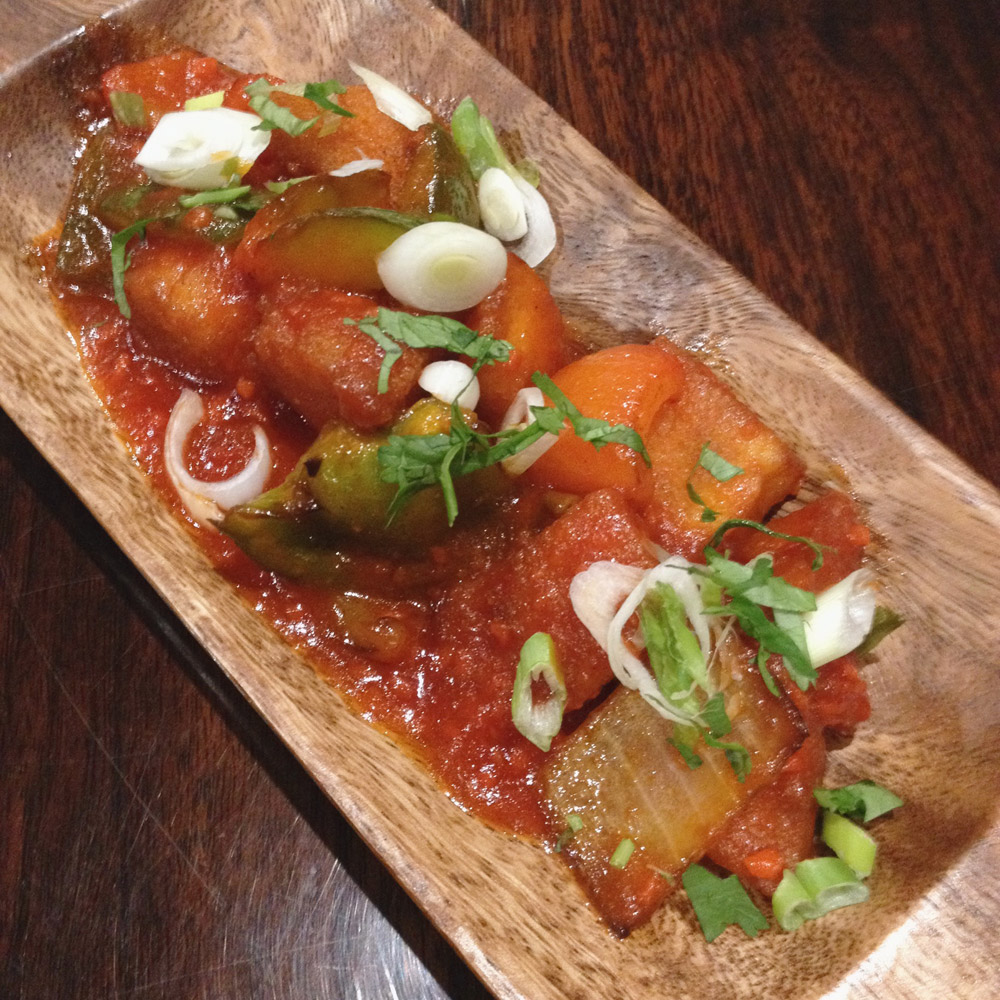 The misal pao was served in a cute skillet and wooden tray. Misal is a spicy curry made of sprouts, lentils, chili paste, and onions with a buttered bun on the side. Tasty curry with a solid kick of heat. Don’t be fooled by the little skillet! With all the sprouts, the curry alone is filling and fairly healthy. I can’t speak for the yummy buttered bread though. 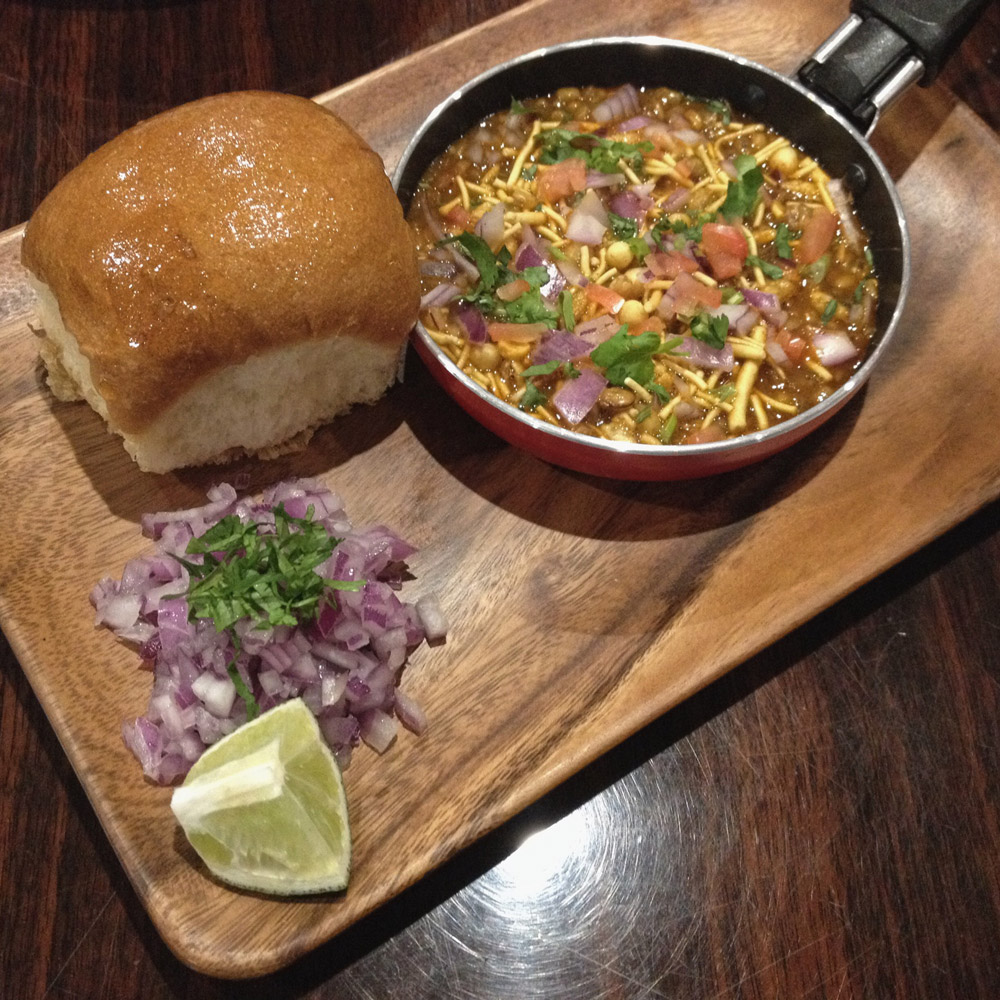 Next up is a dish that’s listed on the menu as “4 C’s”. A crispy cottage cheese crust mini canape with pickled cottage cheese, spices, cilantro, and of course, more cheese. What a tongue twister! This was the perfect cheesy, savory bite. The canapes may be small, but they’re a must order item off the Street Eats menu. 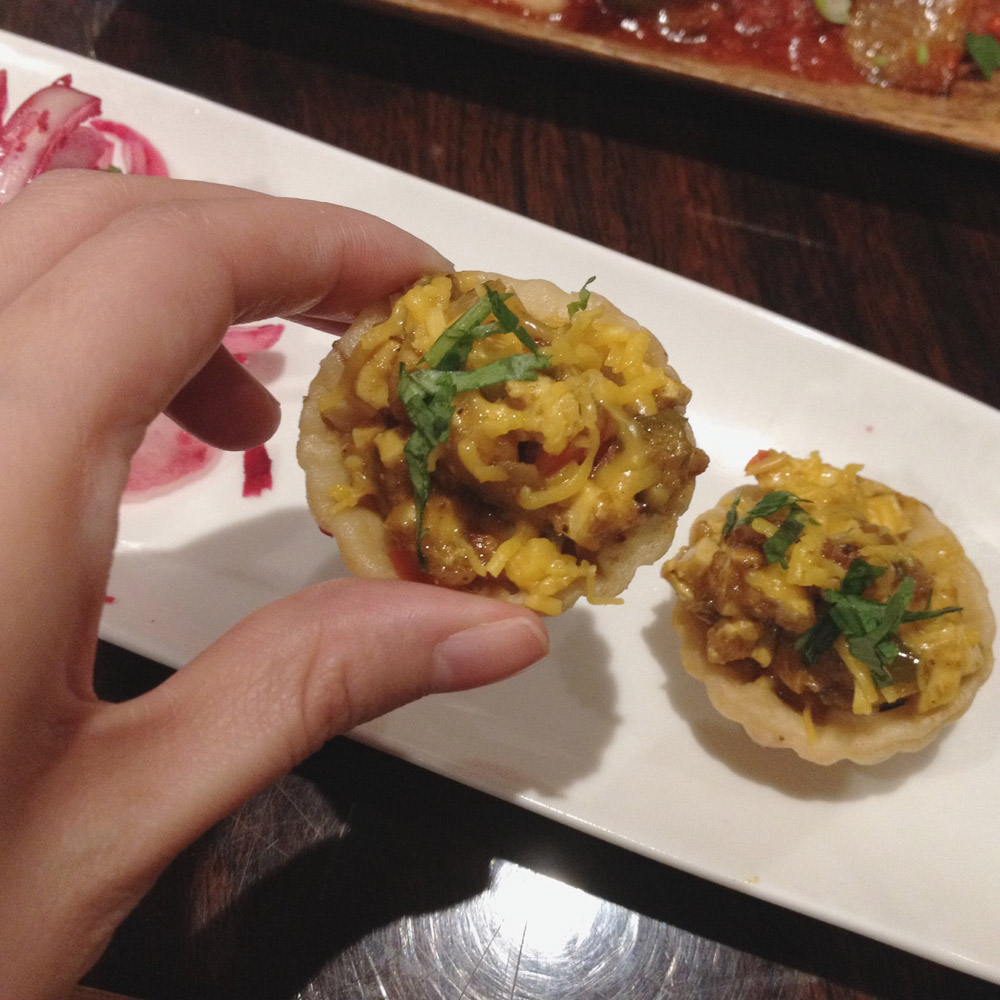 And then the aloo toast came out, and my eyes lit up! Mashed potatoes with cheese and spices, sandwiched between bread and grilled. It’s basically an Indian grilled cheese sandwich. Even though it’s bread and potatoes, it’s not too heavy or dense, lighter than the samosa. Topped with chickpea flour noodles for a fun little crunchiness. Yep, you gotta order this too! 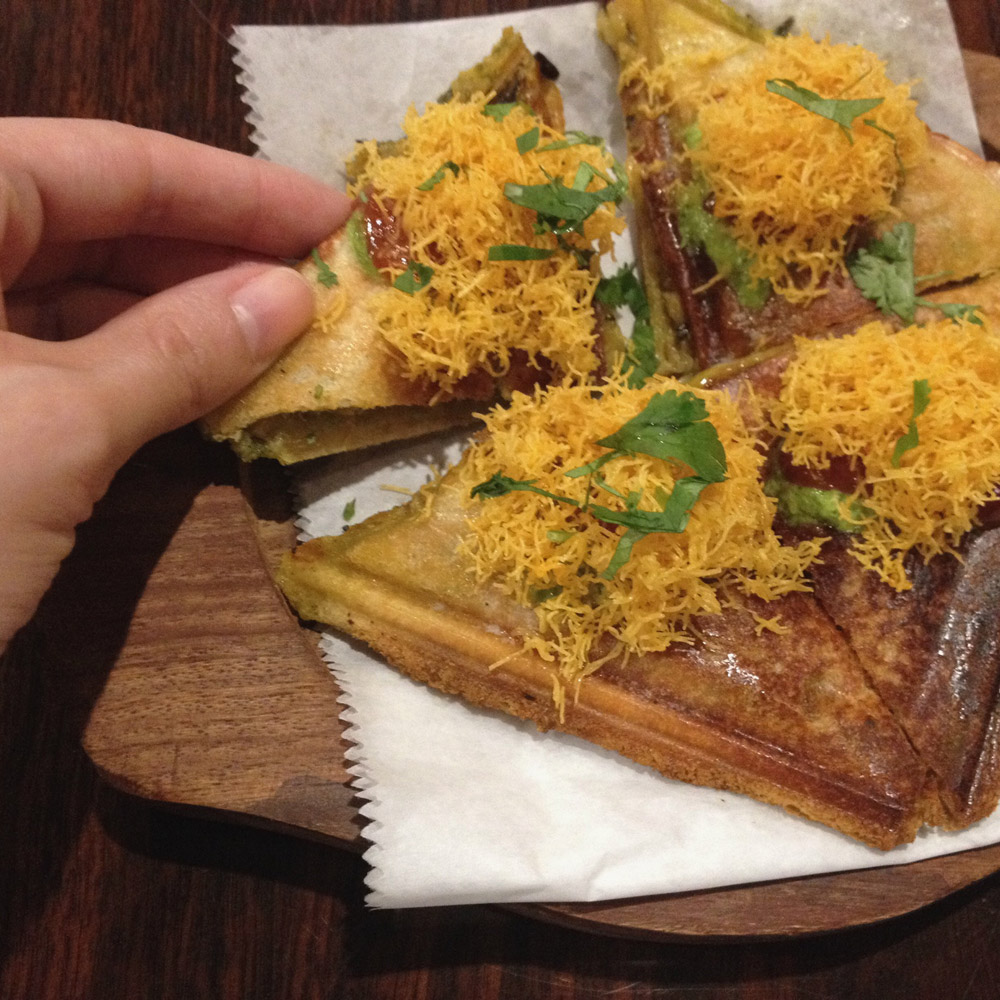 We also tasted the chole bhaturas, which has been one of Kailash Parbat’s house specials for over 60 years. Bhaturas are fried Indian breads served with masala, a mixture of curried chickpeas and onions topped with fresh paneer. It also comes with pickled veggies. 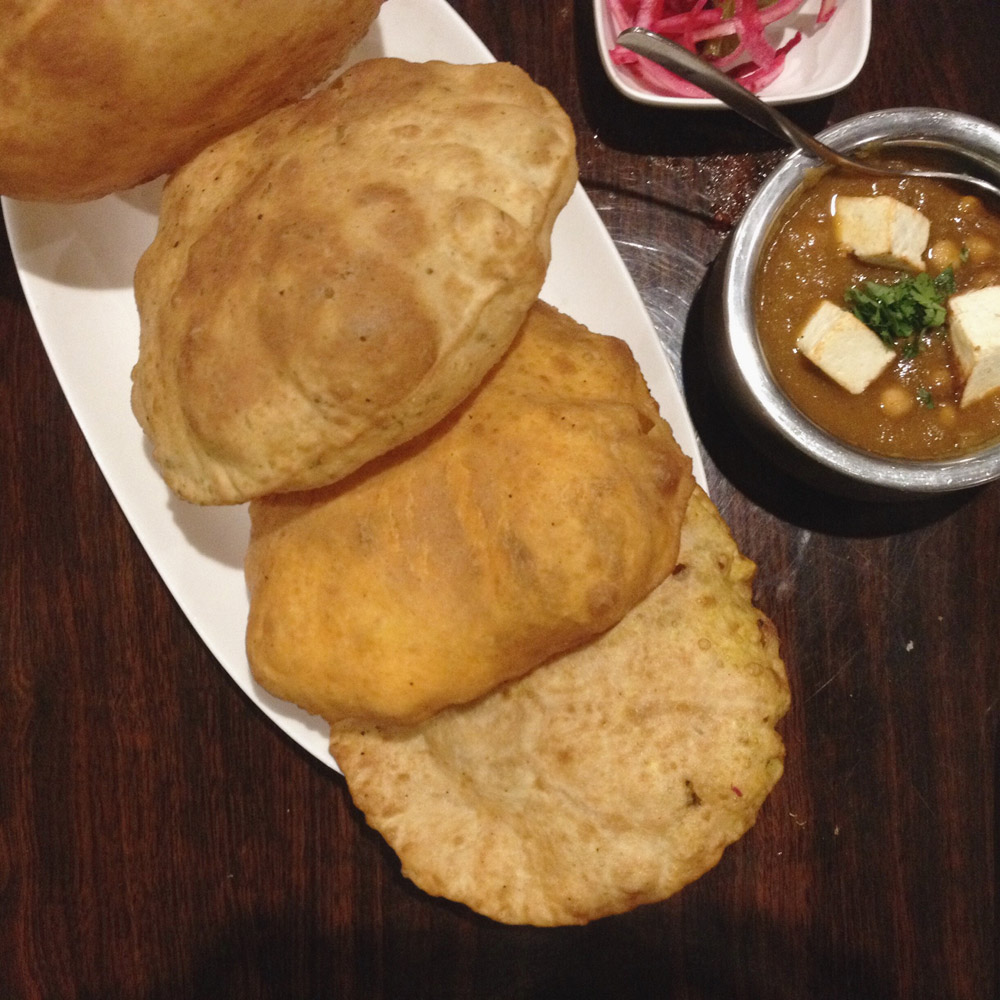 The bhatura platter includes all four bhatura flavors: kasuri methi, paneer, cottage cheese, masala. I was a big fan of the cheese bhaturas, no surprise there. They’ve got a nice chewiness and don’t feel too greasy. It’s pretty fascinating how much the dough puffs up during the frying process. You definitely want to eat these hot right out of the kitchen. 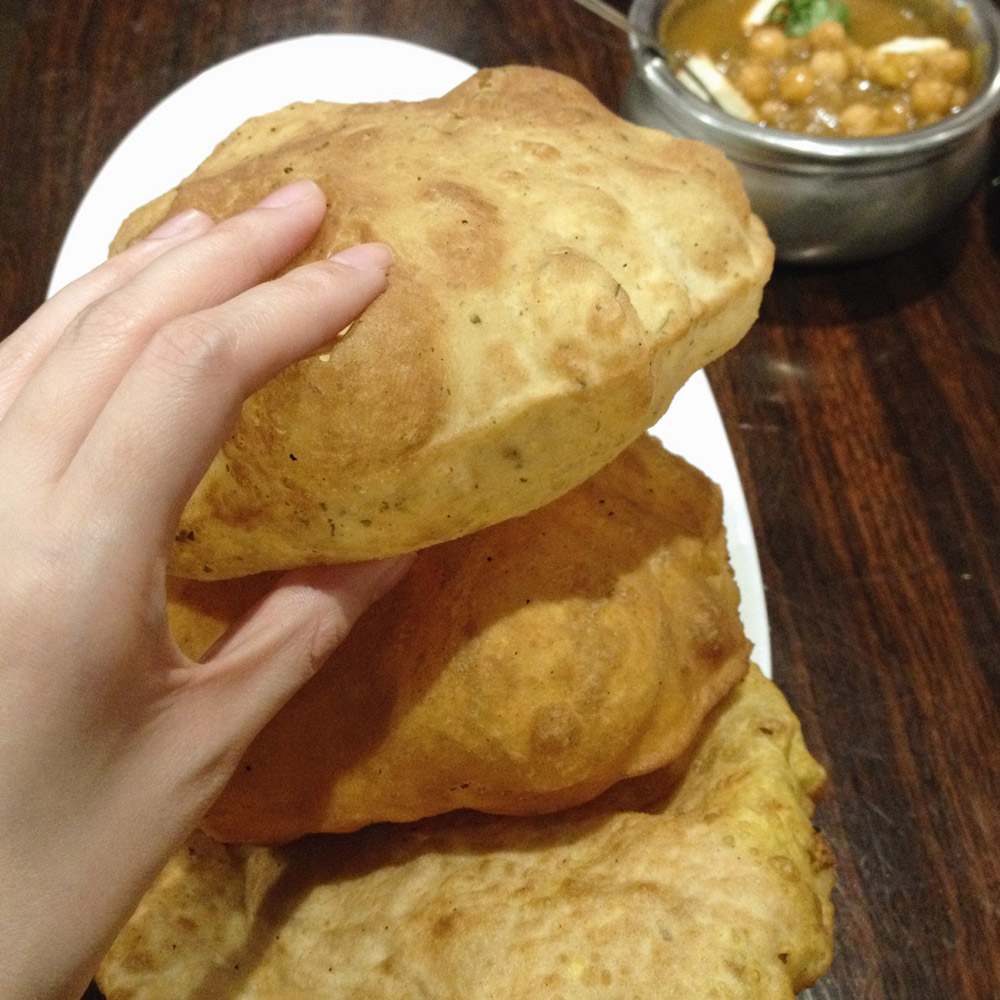 Even though the bhaturas are good on their own, they’re a great match for the chana masala. I’m kind of obsessed with chickpeas, so it’s pretty much guaranteed that I would love a creamy chickpea curry. I was very full at this point, but kept wanting more of the chickpea masala. Lovely color, oh so fragrant, not too tangy. 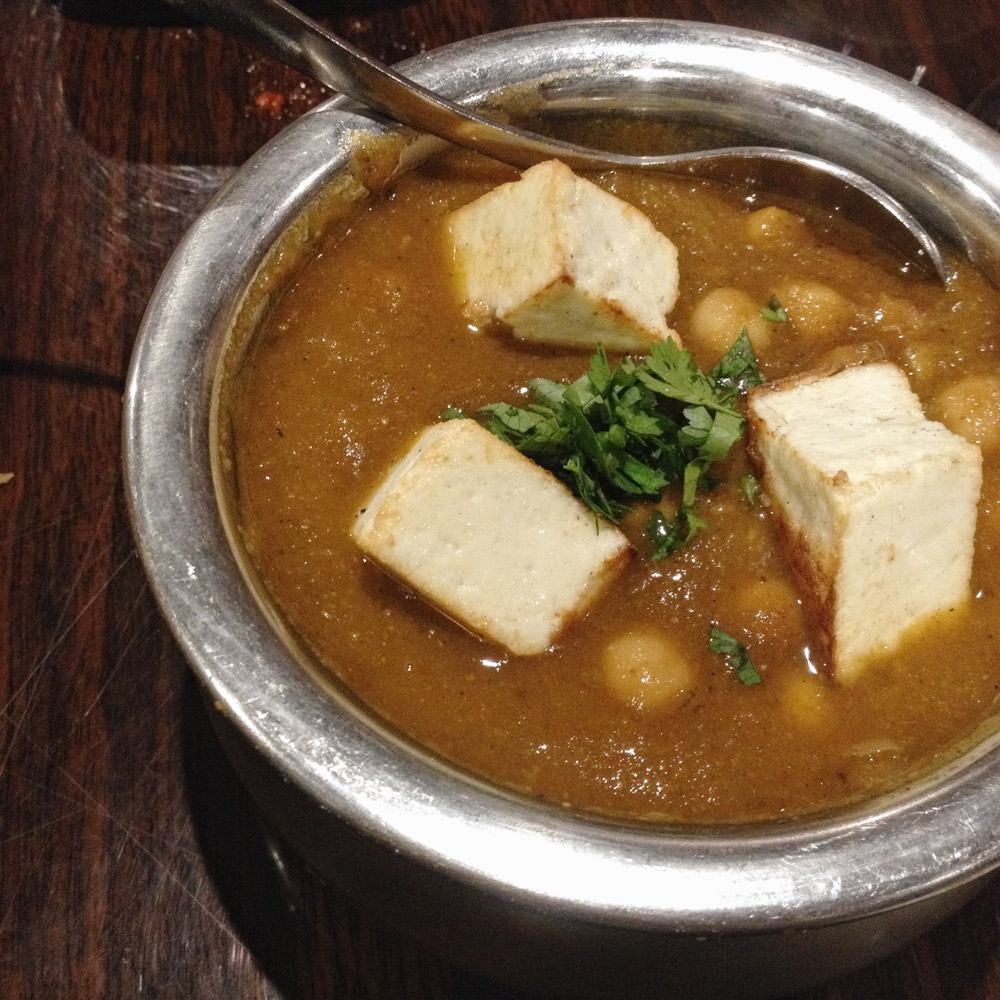 Note: This post is in collaboration with Kailash Parbat. I was invited as a guest to this establishment and received a complimentary meal. This was not in exchange for a positive review and all opinions expressed here are my own. Some portions were smaller than usual as this was a tasting. 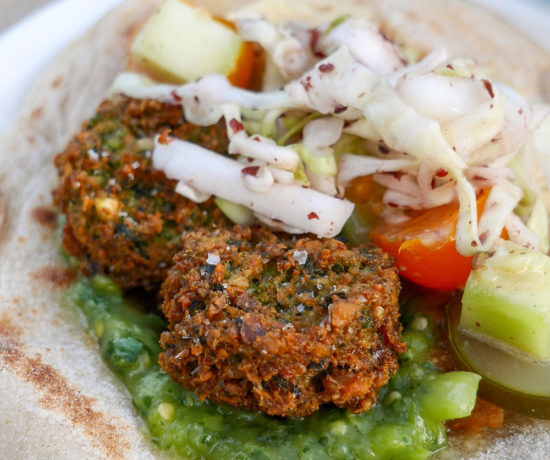 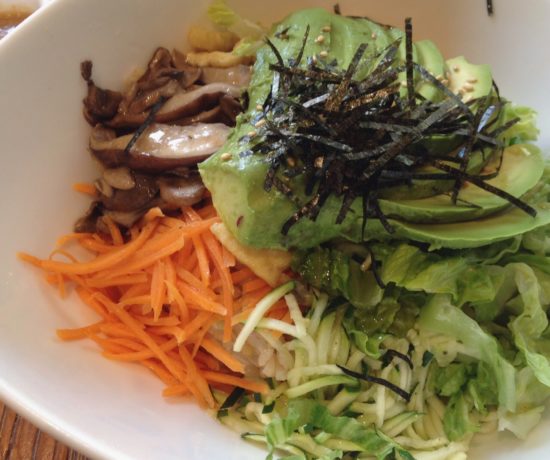 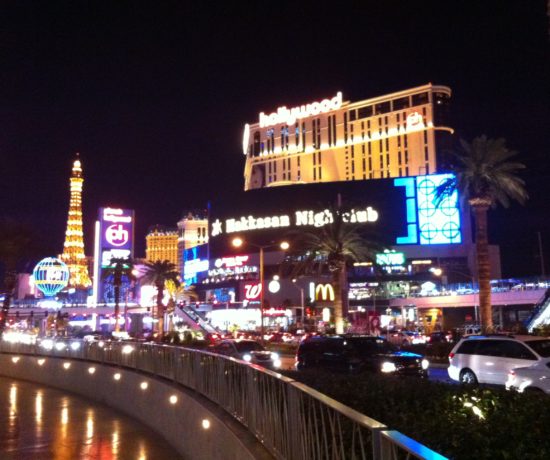