We also went to Micheal’s graduation during our 4 days in Wisconsin. Madison may be a huge school, but the graduation ceremony was so efficient! For dinner, Michael picked out Brickhouse BBQ, a new restaurant not far from campus.

In addition to the delicious sauces that came with the appetizers, they served 3 awesome BBQ sauces: molasses based, vinegar based, mustard based. I could not get enough of the molasses based sauce. 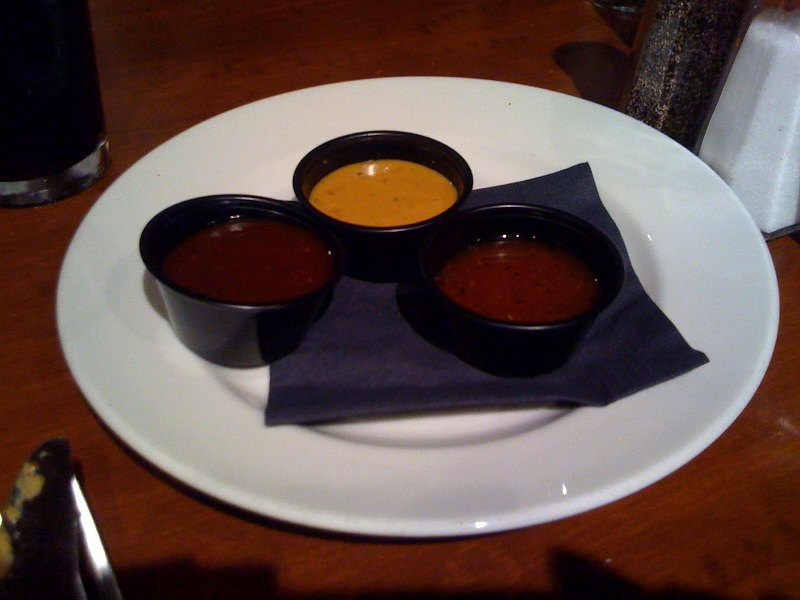 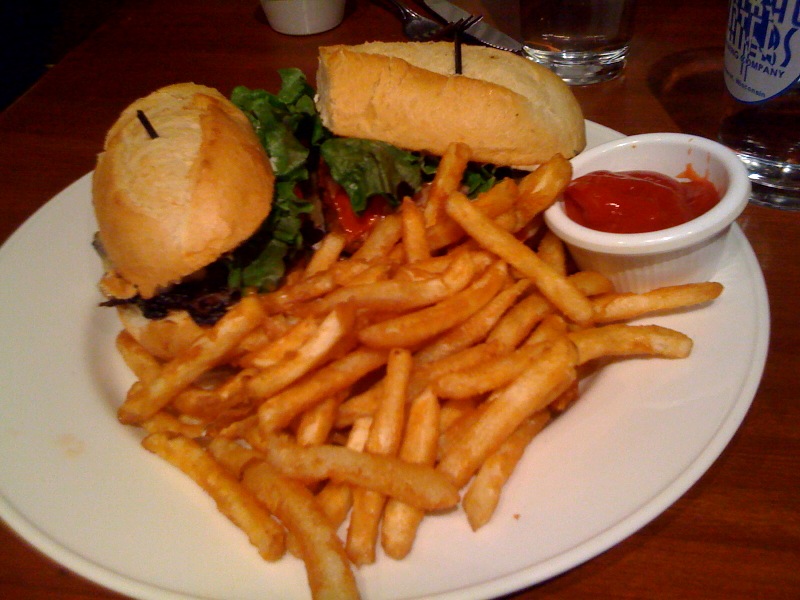 It was huge and only $7.99! My sandwich had grilled portabella mushrooms with fire roasted roma tomatoes, smoked gouda, and herbed garlic spread. These were monster portabellas. I ate half my sandwich and saved the rest for lunch the next day.

We were really glad that we did not order an entree. All the entrees came with cornbread and a choice of two sides. Huge meals served on gigantic plates. Here is the Two Meat Combo with ribs, roast chicken, home style mac and cheese, and roasted vegetable salad. A little frightening that this was one of the smaller entrees at our table. 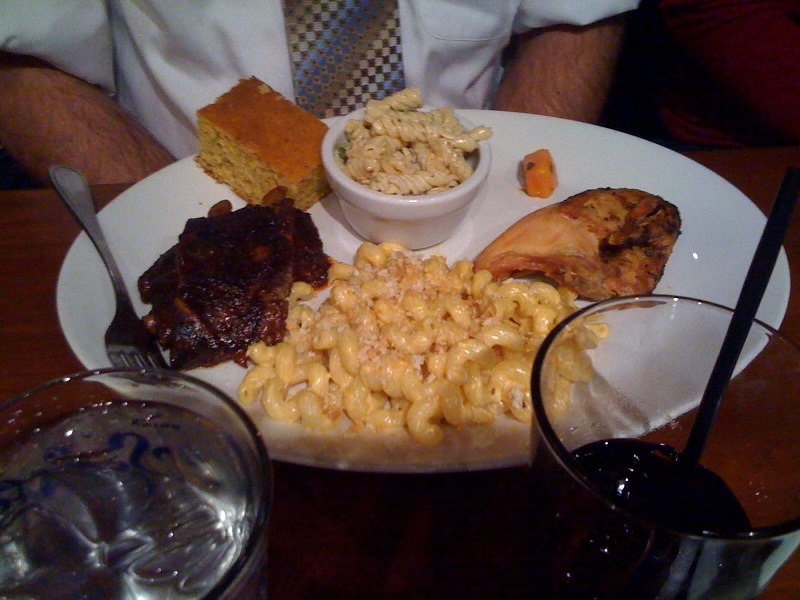 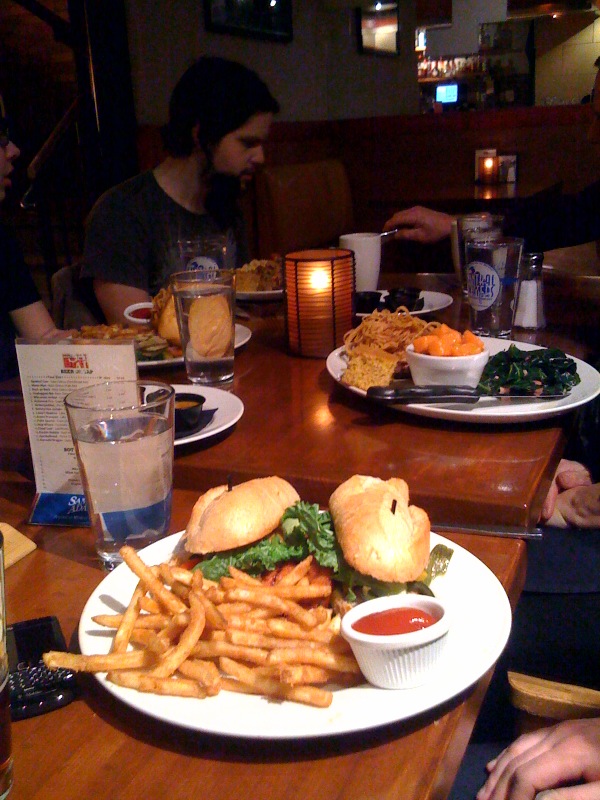 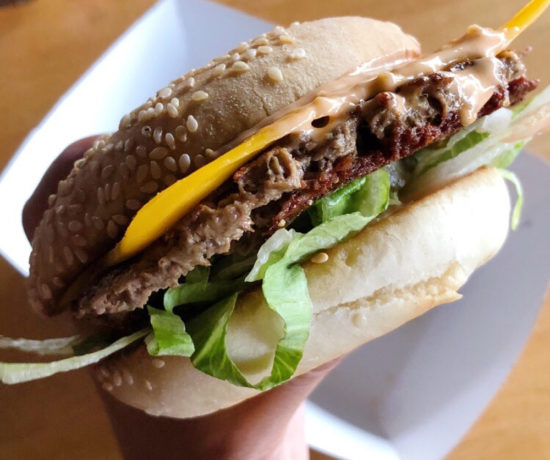 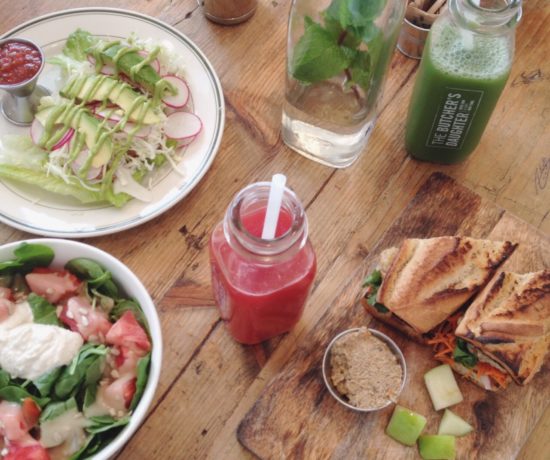 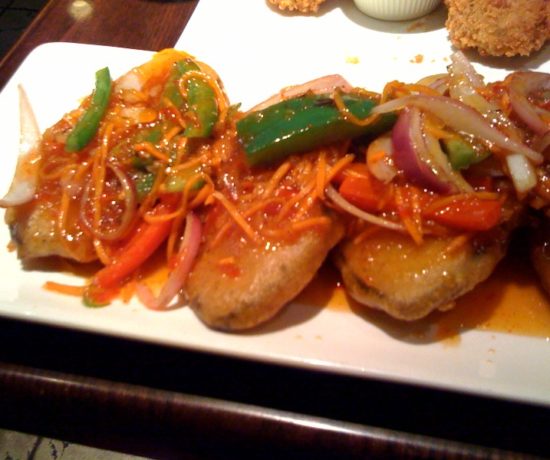