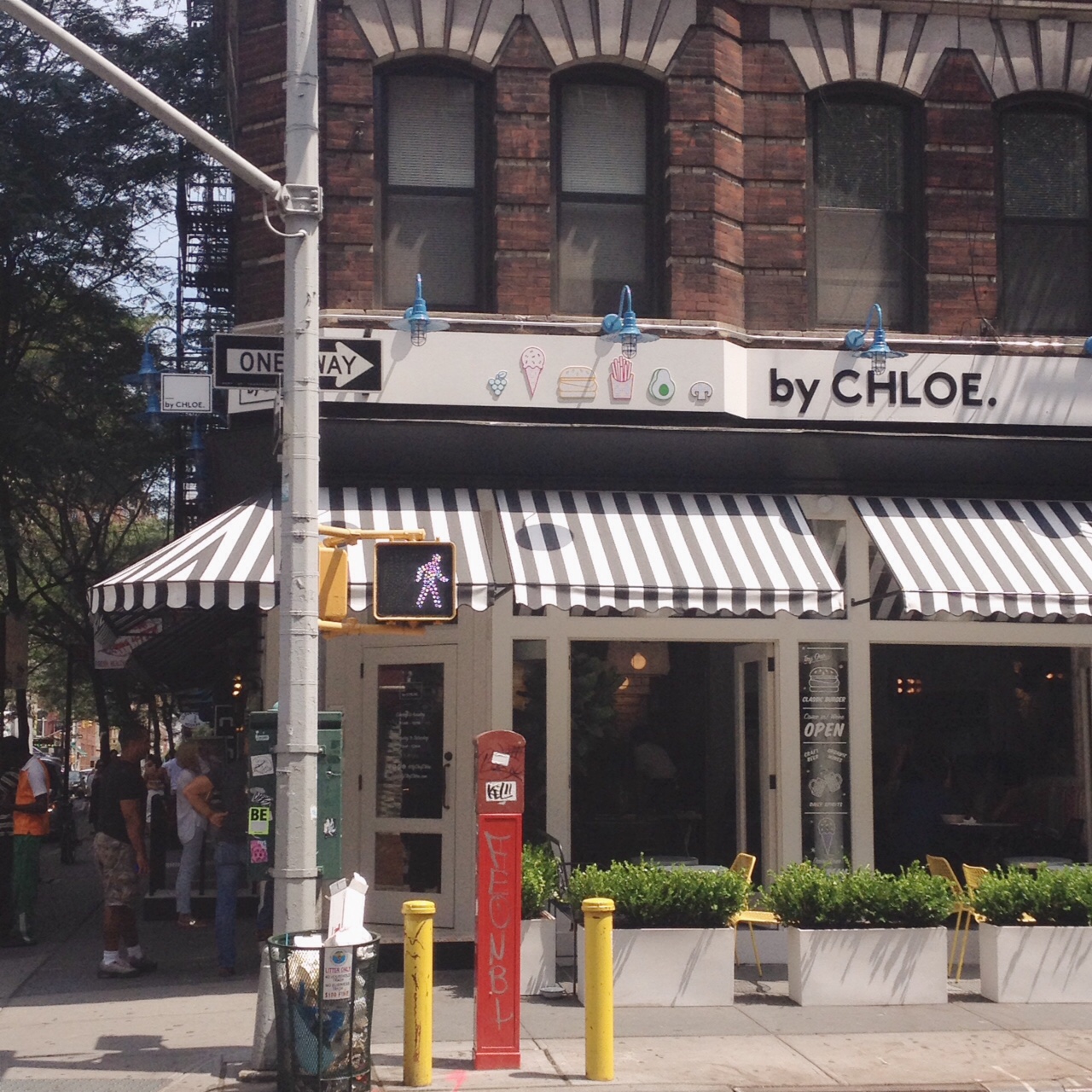 Last week, vegan Chef Chloe Coscarelli opened her first restaurant. For those unfamiliar with Chef Chloe, her first claim to fame was when her vegan cupcakes won Food Network’s Cupcake Wars. Since then, she has published several cookbooks and worked major vegan restaurants, including one my favorites back in Berkeley. In my books, Chef Chloe is kind of a big deal.

By Chloe is conveniently located near the West 4th Street and PATH stations in Greenwich Village. Since my Tuesday schedule was pretty light, I decided to stop by for the grand opening. (This is NOT a sponsored post, but I did arrive early enough to receive a complimentary burger.) I showed up a few minutes before 11am, and there was already a line outside the restaurant. The staff brought out peanut butter smoothies to help us stay cool. Most of the people there for the opening seemed to be media folks, Chloe’s friends, and fellow foodies. This Instagram photo was taken just moments before they let us in. You can’t see me, but I was in the back! 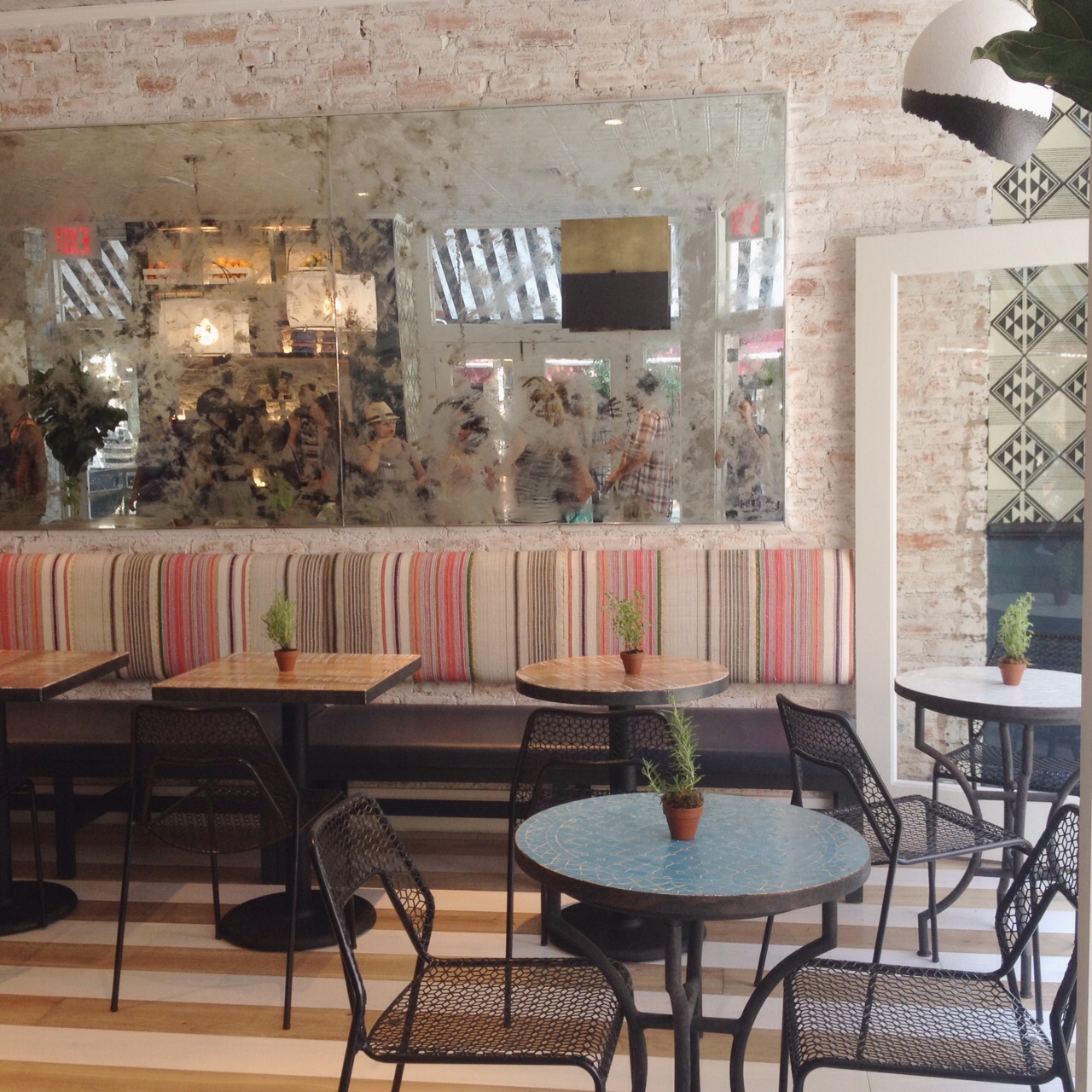 The interior of By Chloe is really chic and adorable. It’ll be nice to bring a book here and hang out for a while. Stripes, bright colors, metal chairs, potted plants. Everyone wanted to take a turn on the wicker chair swings. Overall, there’s a fresh and fun vibe that’s consistent with the Chef Chloe brand. Her cookbooks and cute “C” hats are also available for sale. 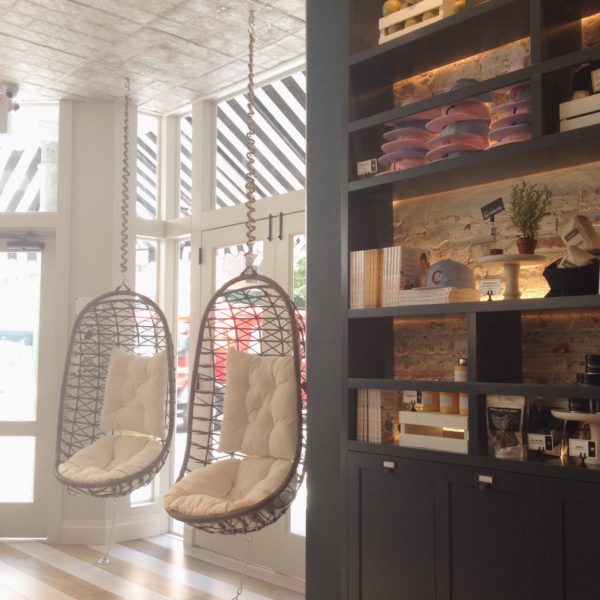 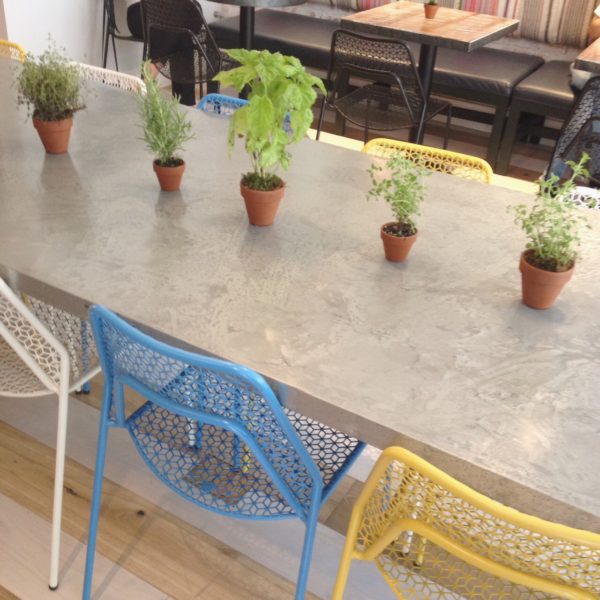 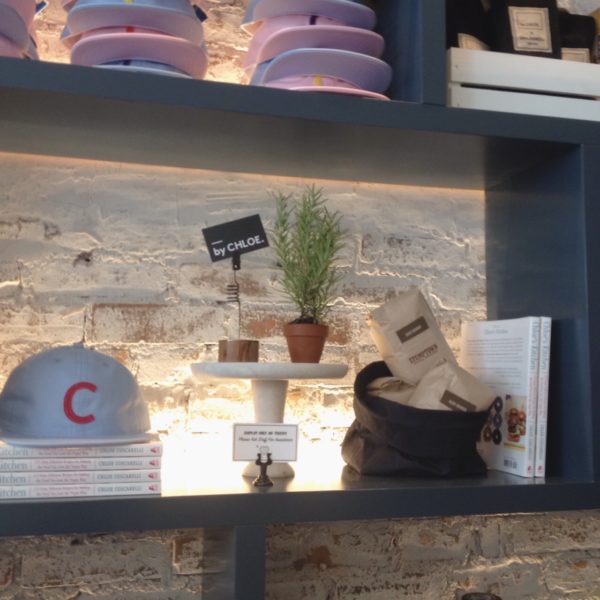 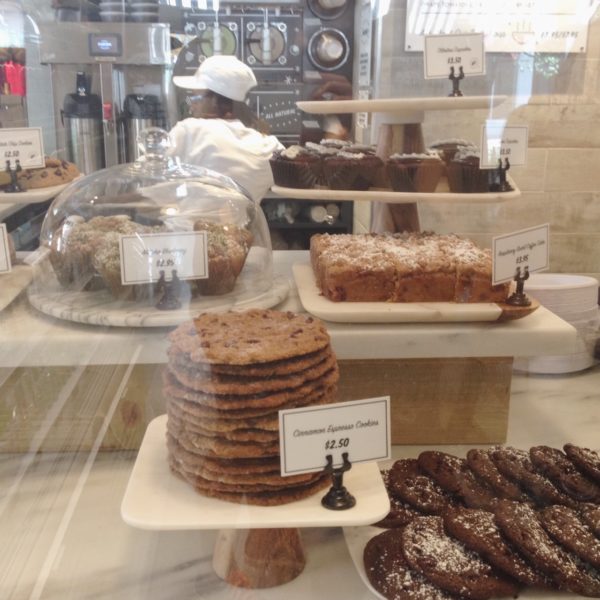 I was lucky to be among the first 50 customers and received a free burger. The menu is pretty big for a new restaurant, and I wanted to try everything. I ended up opting for The Guac Burger ($9.95) and also picked up a bottle of The Merry Prankster ($9.95) juice. The juice was a refreshing blend of watermelon, prickly pear, apple, and lemon. Great for summer!

The Guac Burger was fantastic. Black bean, quinoa, and sweet potato patty topped with corn salsa, onions, tortilla strips, chipotle aioli, and lots of guacamole, of course. Very flavorful and hefty patty, and I loved the crunch of the tortilla strips. It’s kind of messy to eat, so you should learn from my mistakes and grab a fork to help you out. 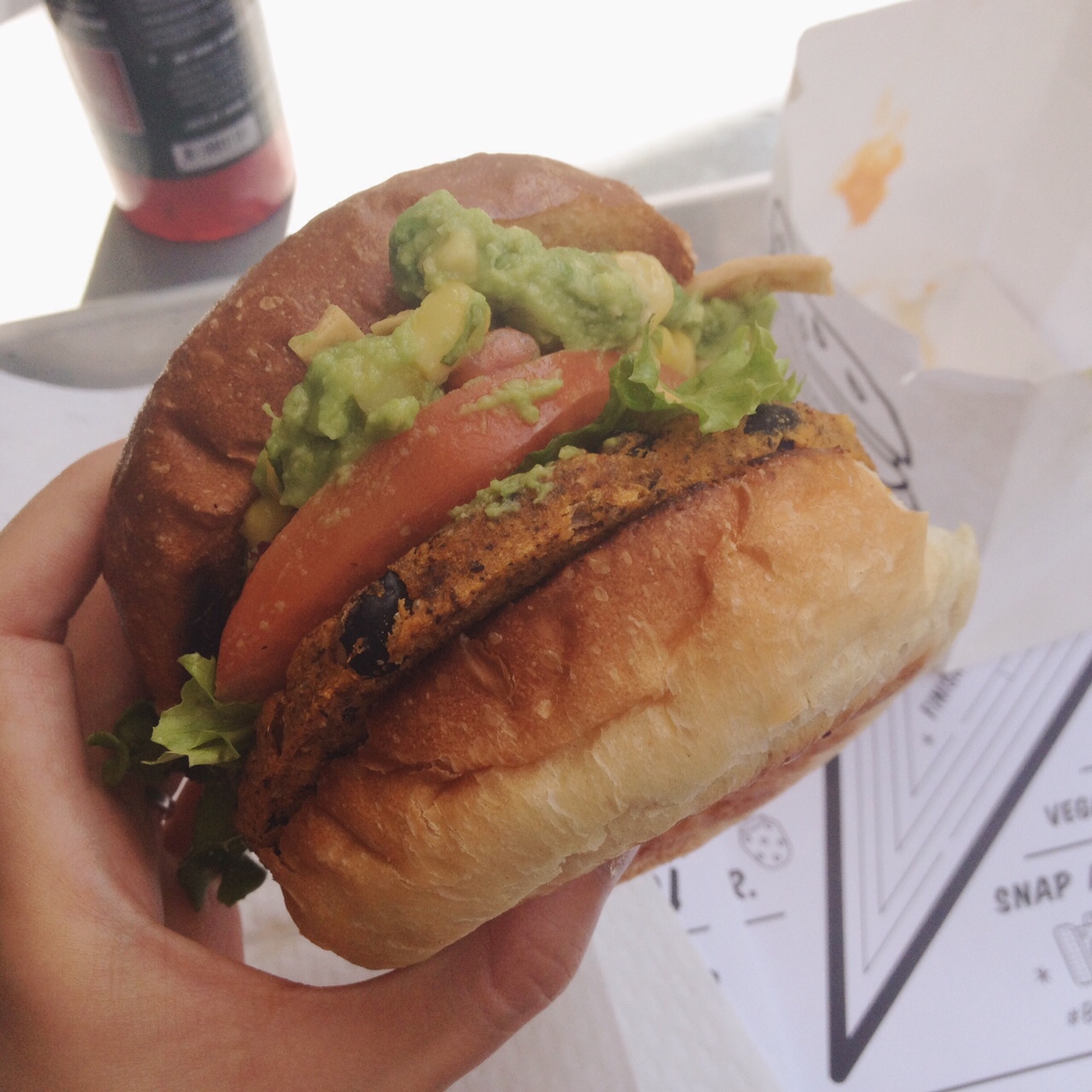 While I was waiting for my burger, I had a chance to say hi to Chef Chloe! She’s so sweet and such a pleasure to chat with. I asked if I could get a photo with her, but she, unfortunately, got pulled aside for something. Later, while I was munching on my burger, she came over and said “weren’t we about to take a photo together?” And so, we selfied!

I’m looking forward to visiting By Chloe again, and I have my heart set on the mac and cheese with shiitake bacon for my next visit. I definitely should get dessert too. 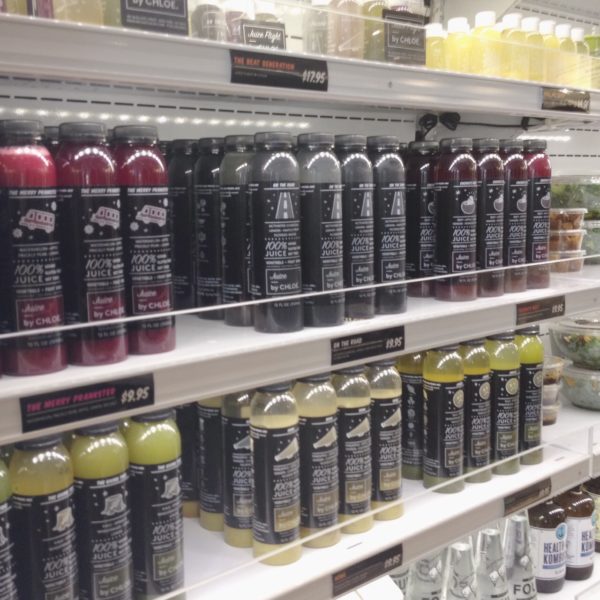 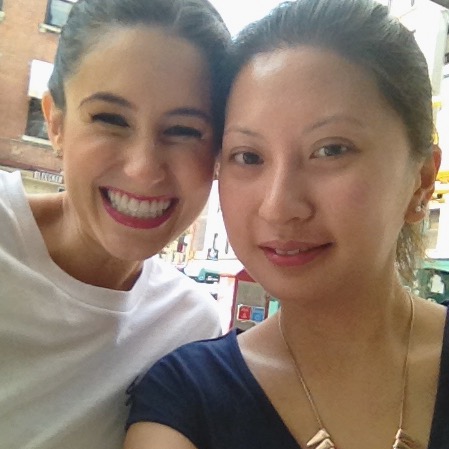 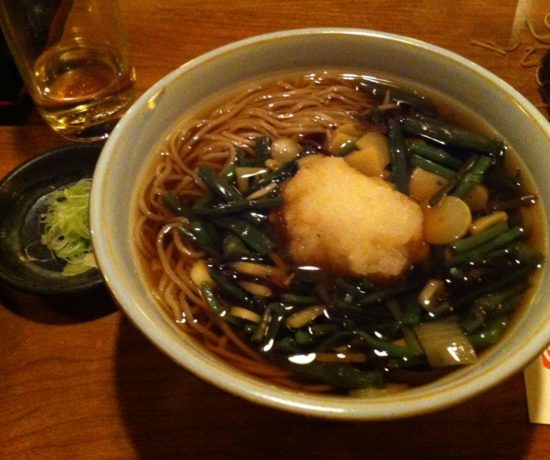 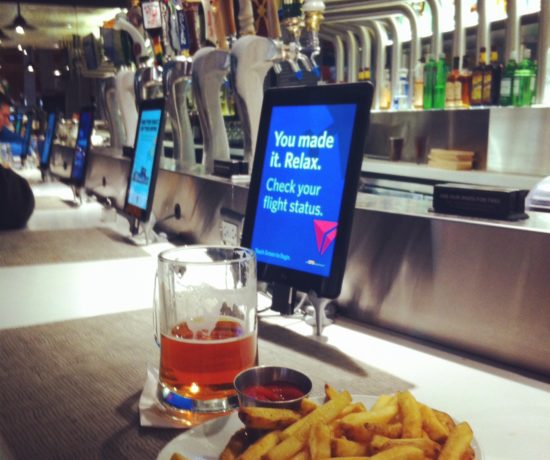 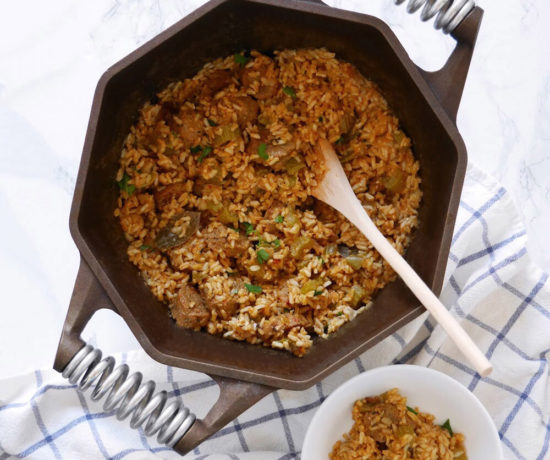