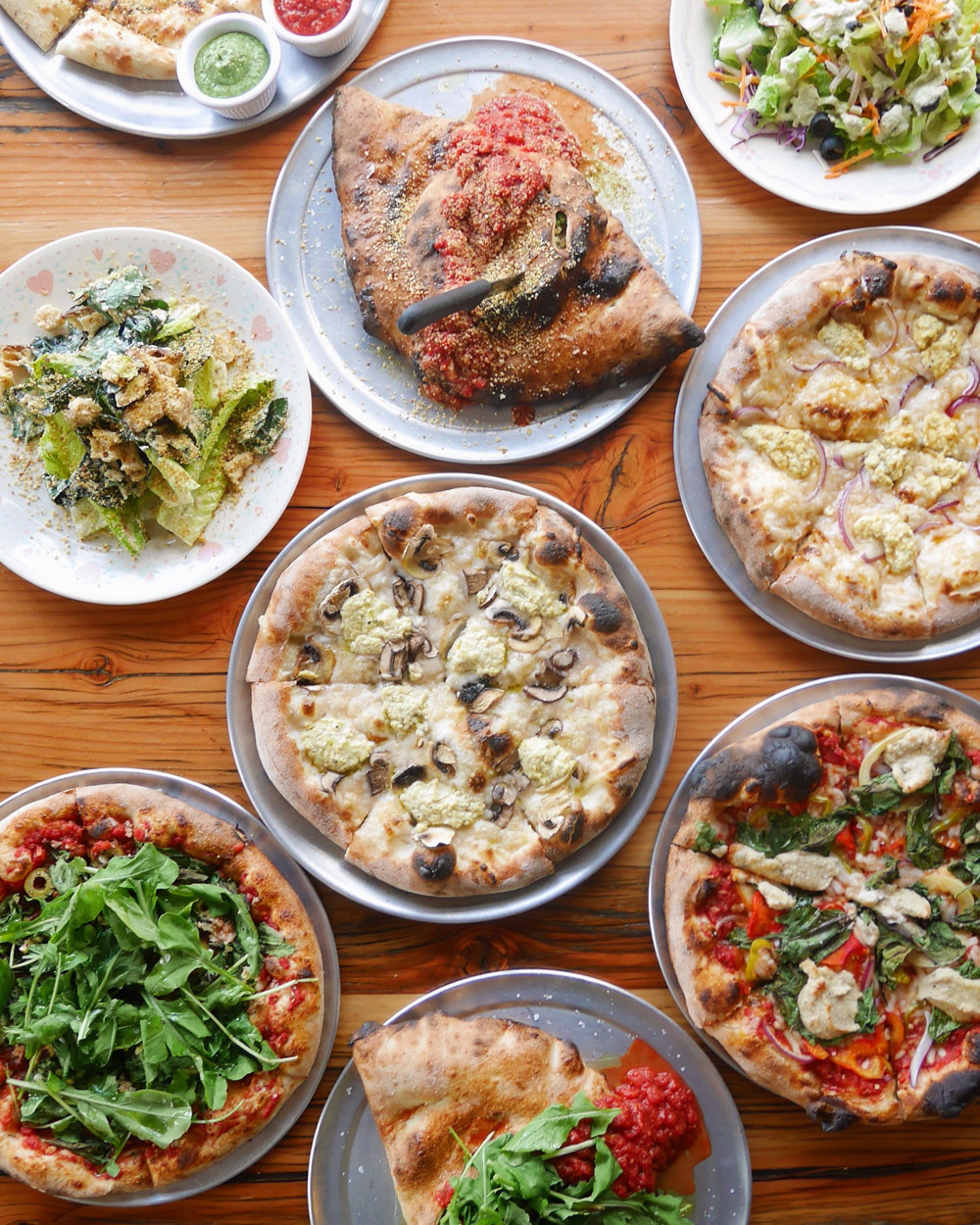 Oh goodness, I don’t know how left this Red Sauce Pizza post sitting half written in my drafts folder for so long! Procrastination has gotten the best of me, and I’ve been playing catch up on writing lately.

This project with Red Sauce Pizza was one of my favorite and most successful Veganizer collaborations to date. As we all know, Portland is kind of obsessed with pizza, so it’s no surprise that a pizza popup would be a huge hit. The best part is that Red Sauce Pizza has kept vegan cheese permanently on the menu, which is exactly the whole point of Veganizer. If you’re curious about the Veganizer process and an omnivore restaurant owner’s point of view, check out this episode of the My Darling Vegan podcast, where blogger Sarah McMinn, RSP owner Shardell Dues, and I chat all about Veganizer and Red Sauce Pizza.

Red Sauce Pizza’s dough is vegan to begin with, and Shardell thinks of herself as a baker, and it shows! I’m not always a big fan of pizza crust, but RSP’s is really good. I mean, even the breadsticks on their own are great. We kept the popup menu very close to Red Sauce Pizza’s original omnivore menu and just replaced the animal products with plant-based alternatives. This involved finding a suitable vegan mozzarella (yay, Follow Your Heart!), as well as developing a house made tofu ricotta. Veganizing the salads isn’t too tricky, change up the dressing and create a vegan parm (of nuts and nooch) for the topping.  For the breadsticks, Shardell created a vegan pesto, which she described as being even better than the original non-vegan version. Yeah!

What are my favorites from the Red Sauce Pizza vegan menu? A vegan caesar salad is not easy to come by as anchovies are traditionally used for caesars. It’s rare for me to get excited about a salad, but RSP’s veganized caesar was great, and I like that they got both kale and romaine to mix things up. The calzones are intense, and I like how Shardell describes a calzone as a pizza with a hat. Named after Law & Order: SVU characters, the calzones are about the size of my head and packed with vegan mozz, tofu ricotta, and plenty of red sauce. Even though RSP makes an excellent red sauce, my favorite pie hands down is the Ruthless, one of the white pies. There’s something about mushrooms, cheese, and that heavenly truffle oil. Oh my! 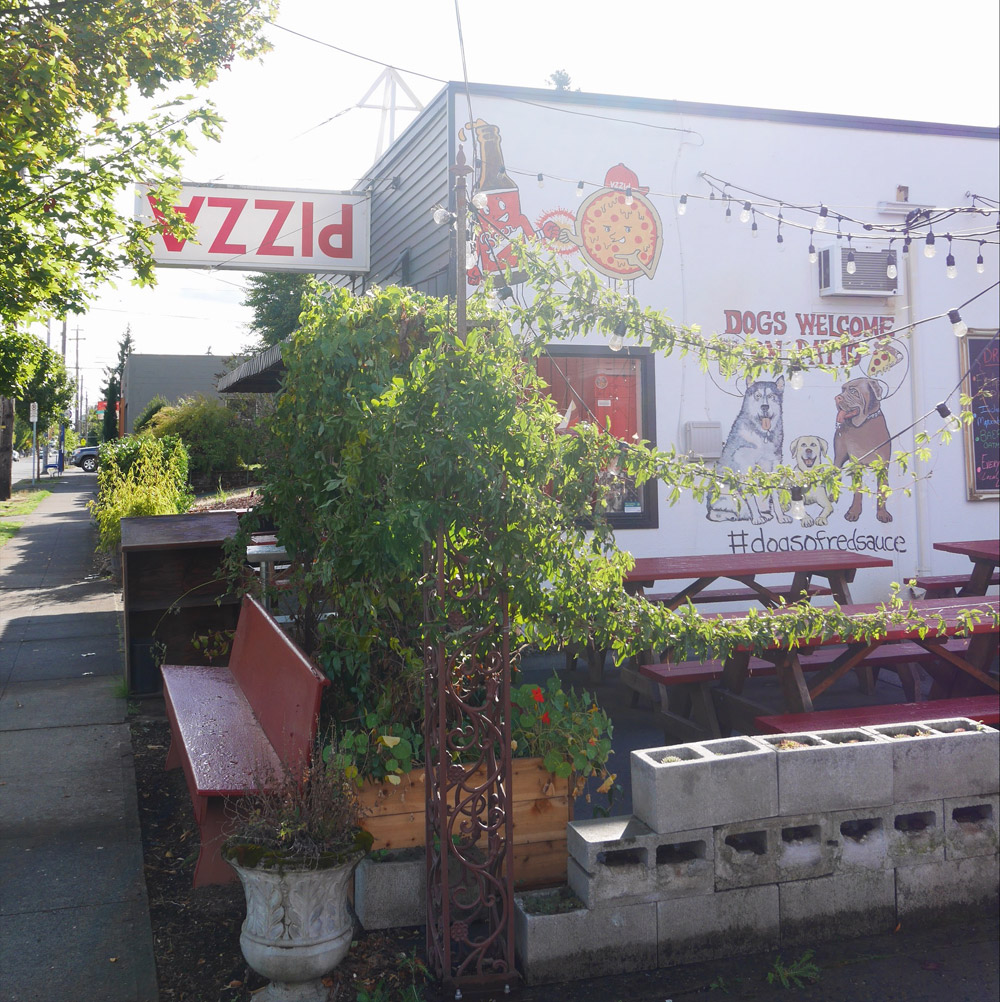 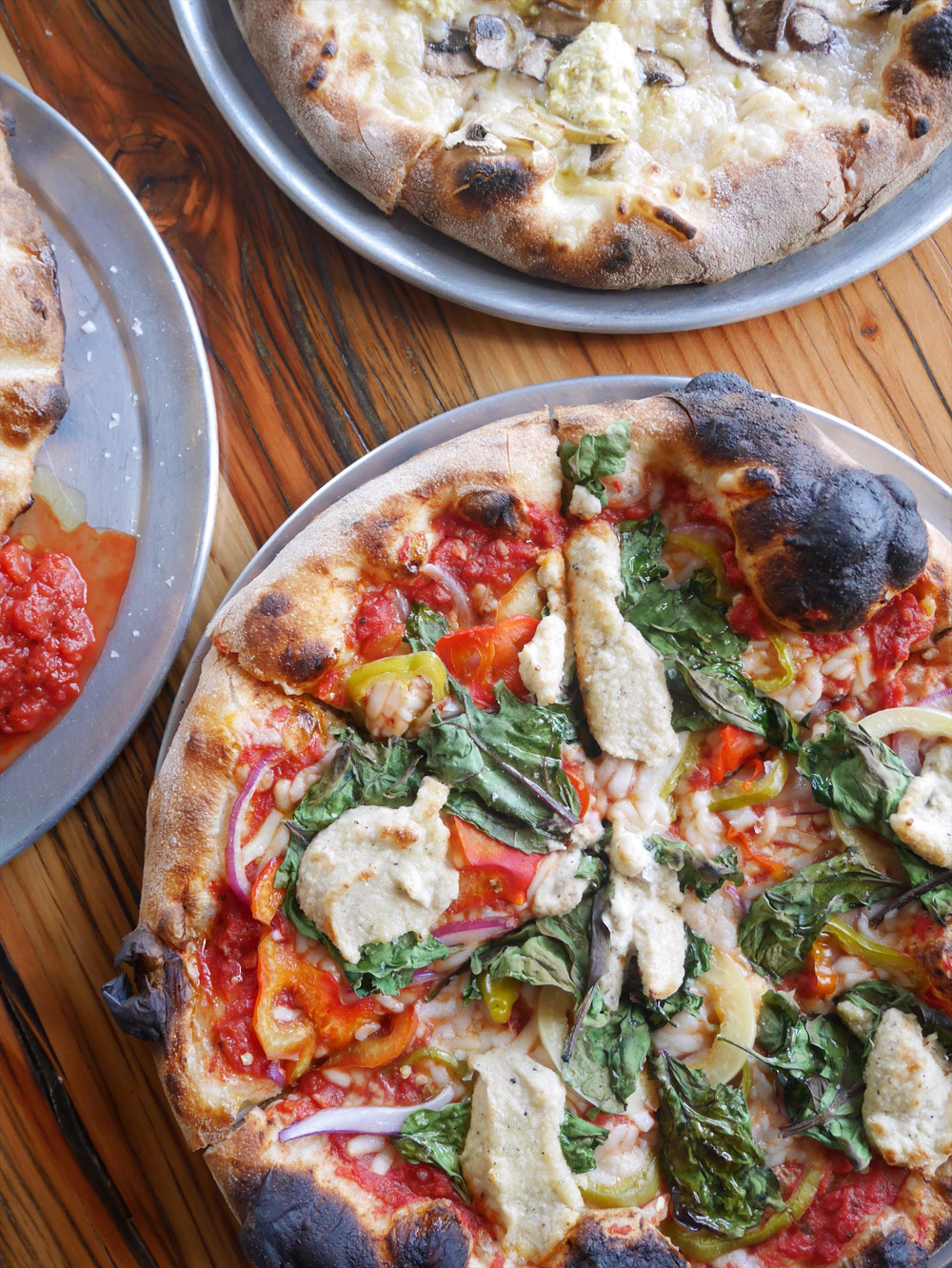 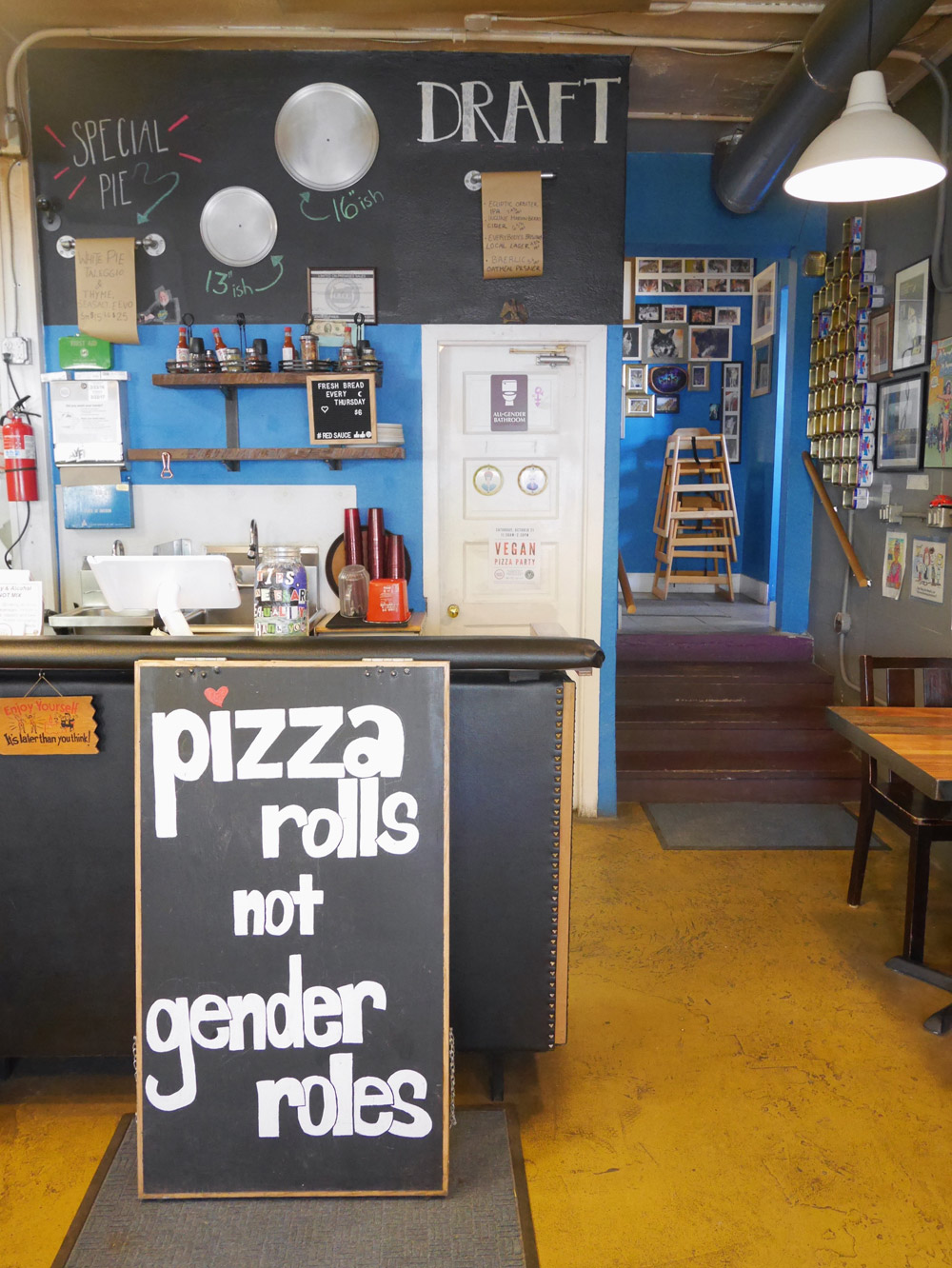 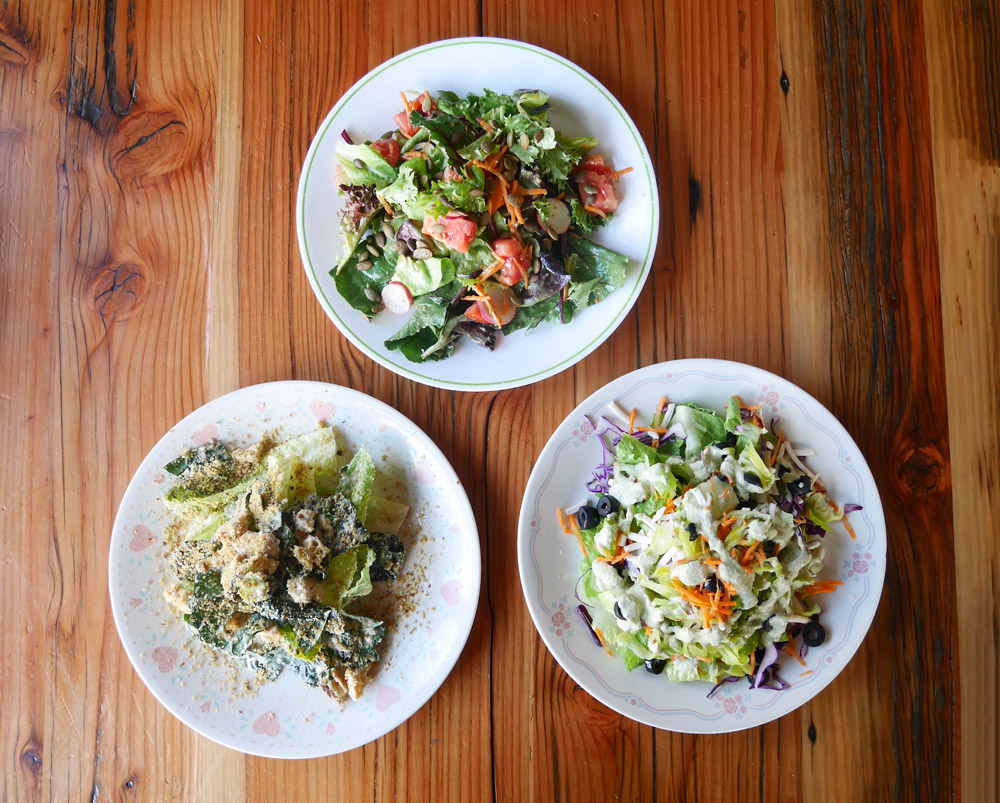 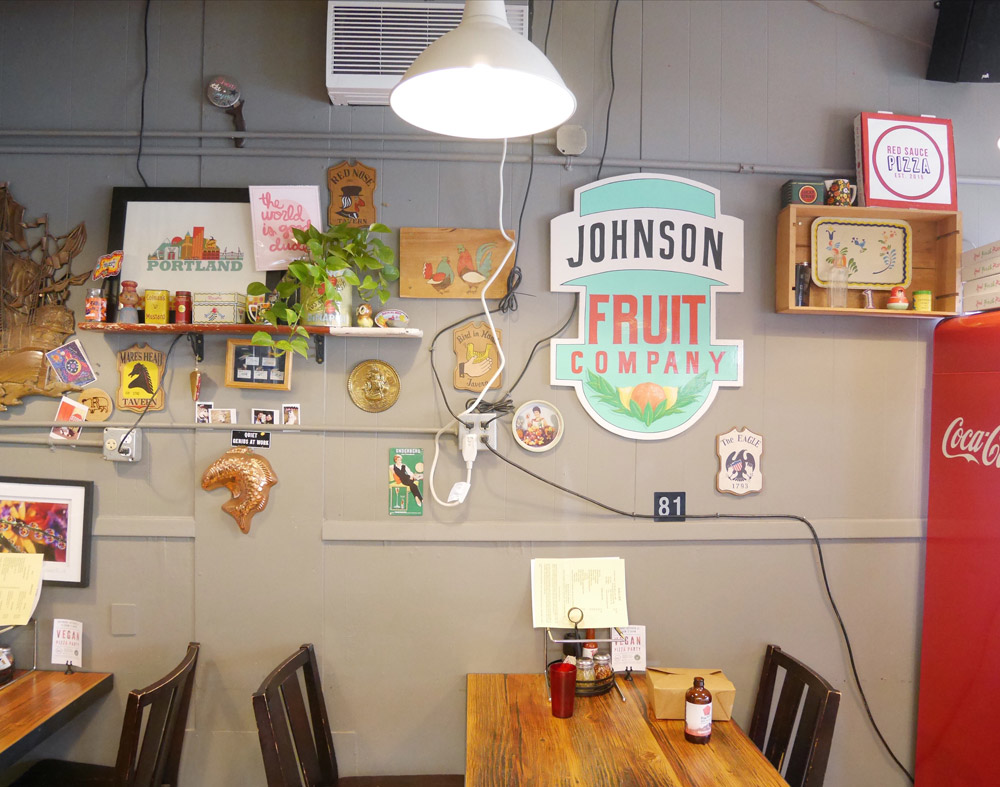 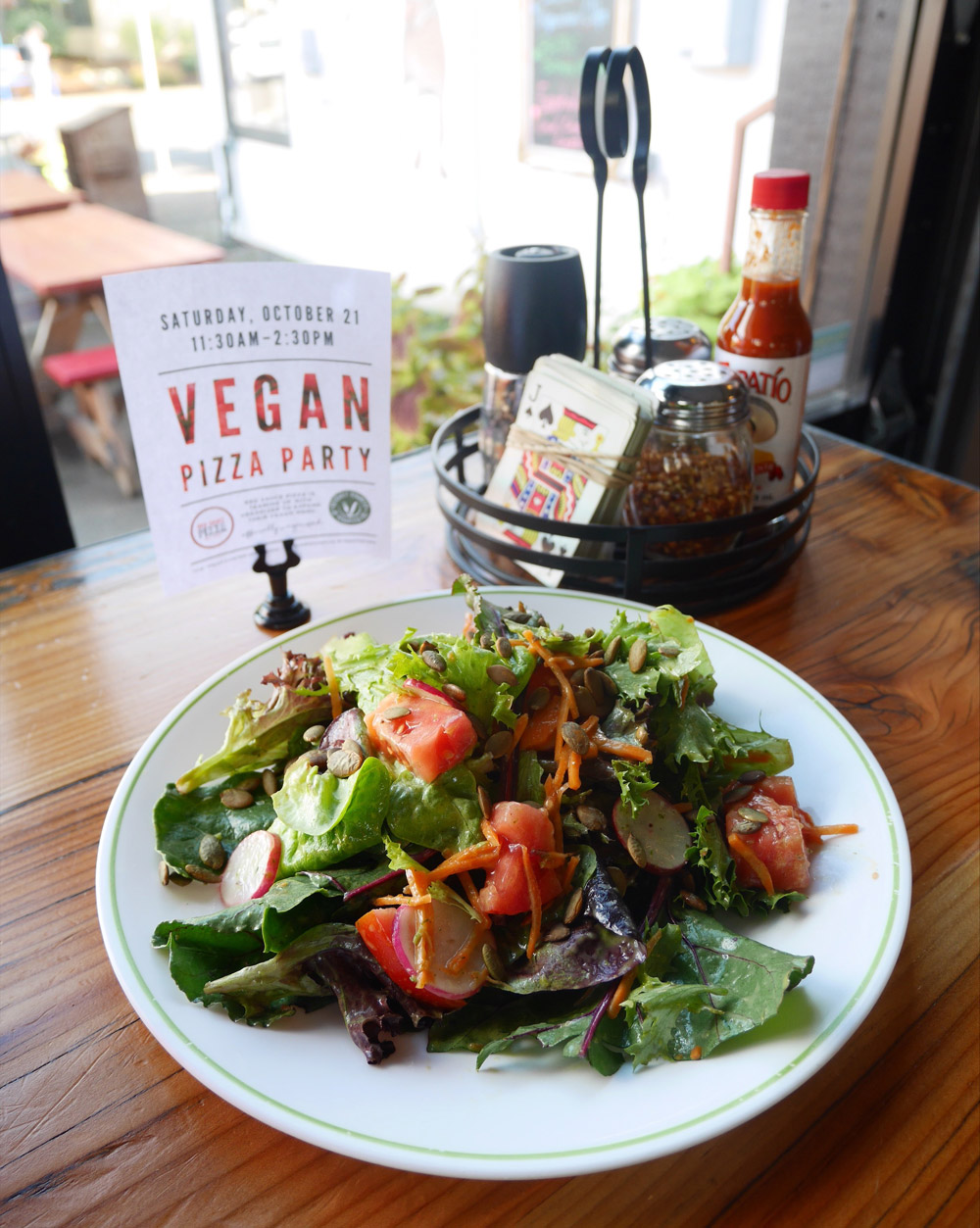 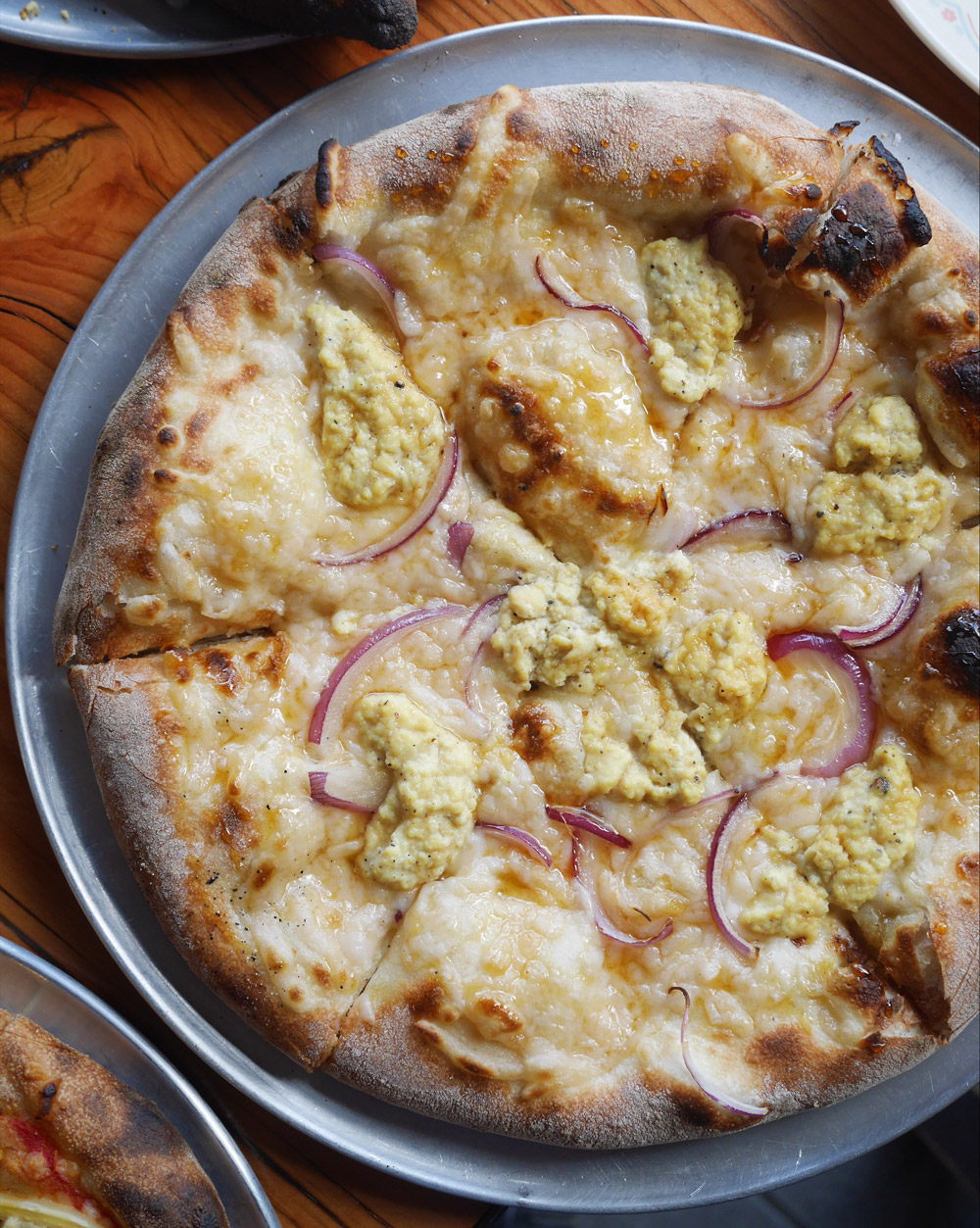 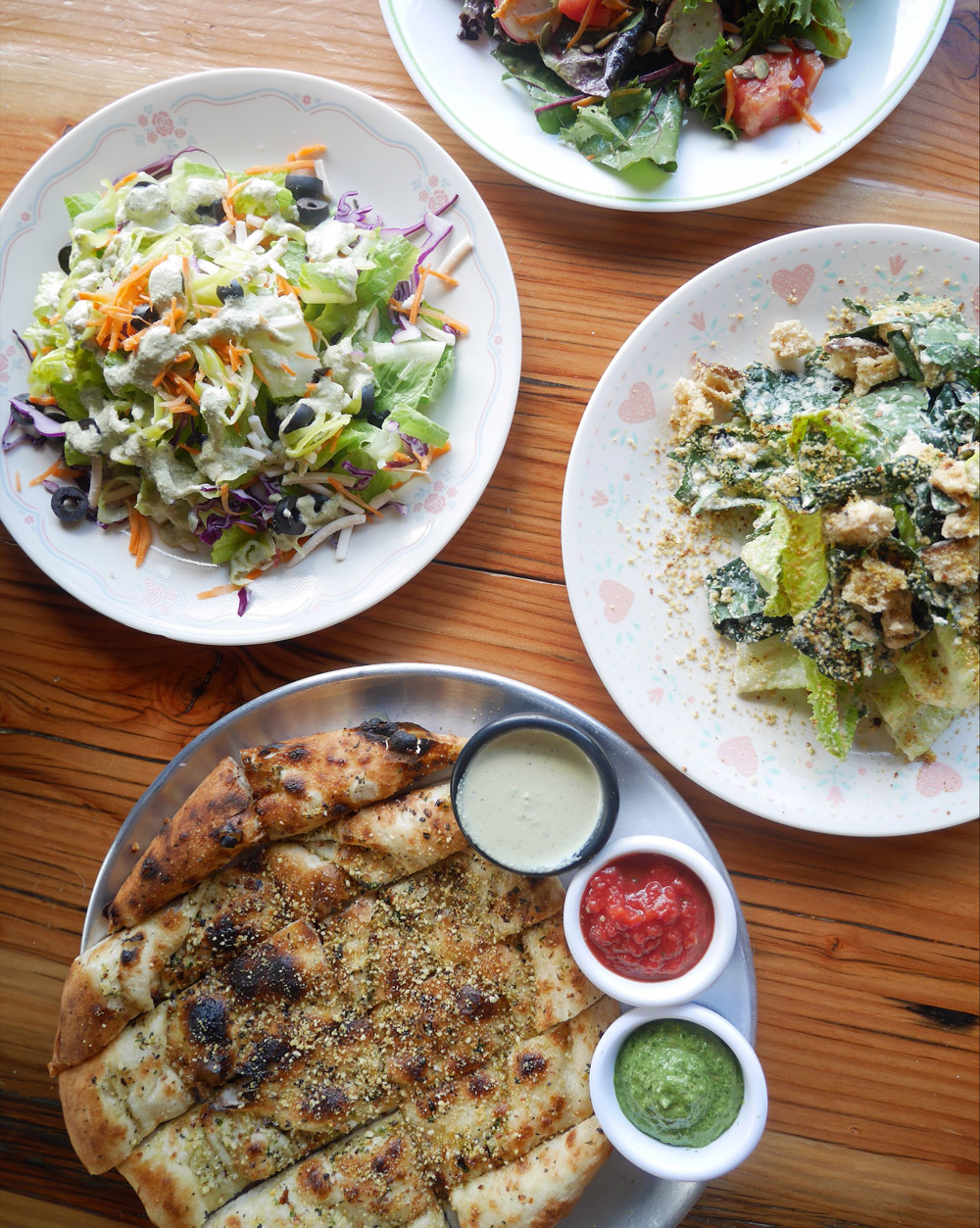 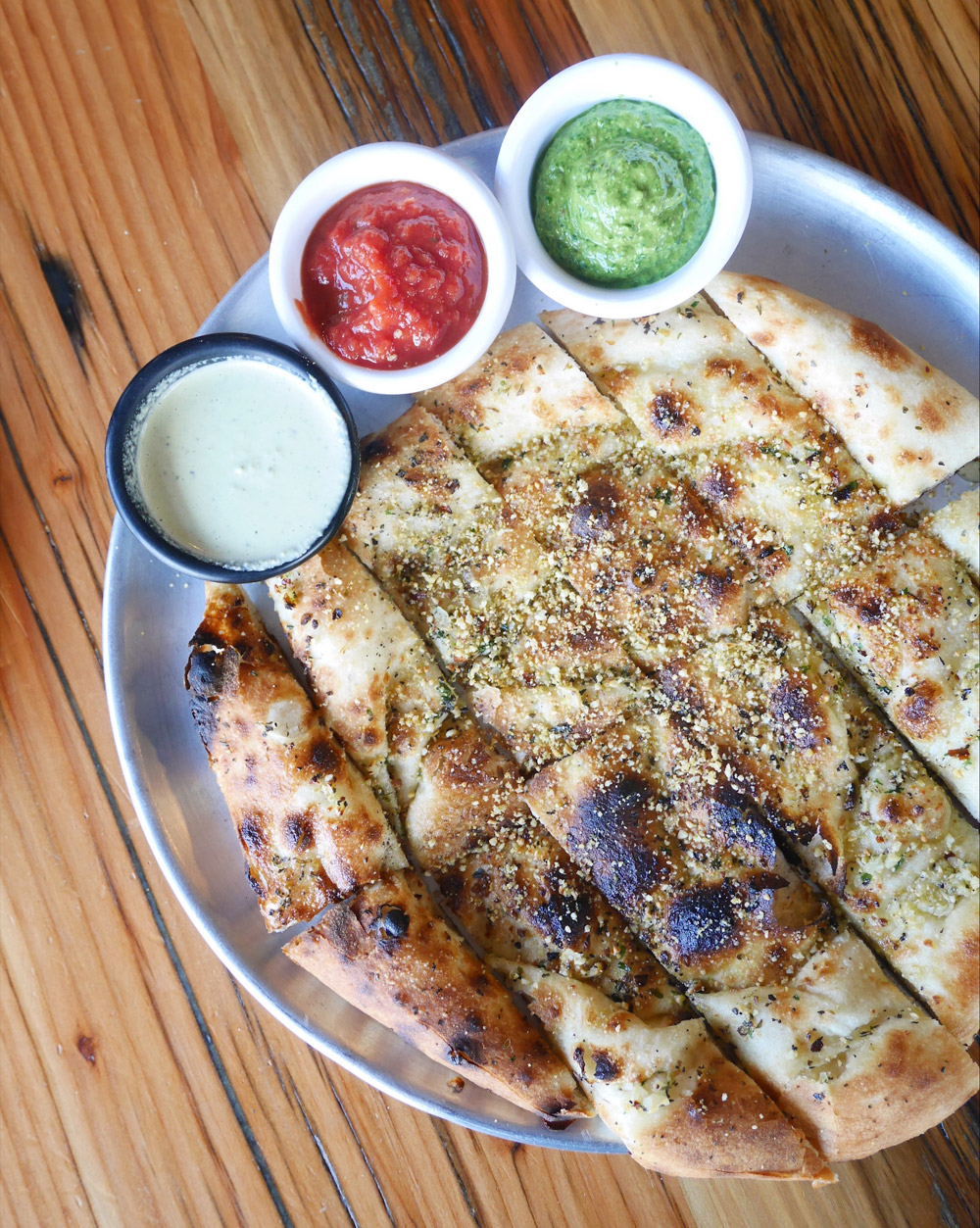 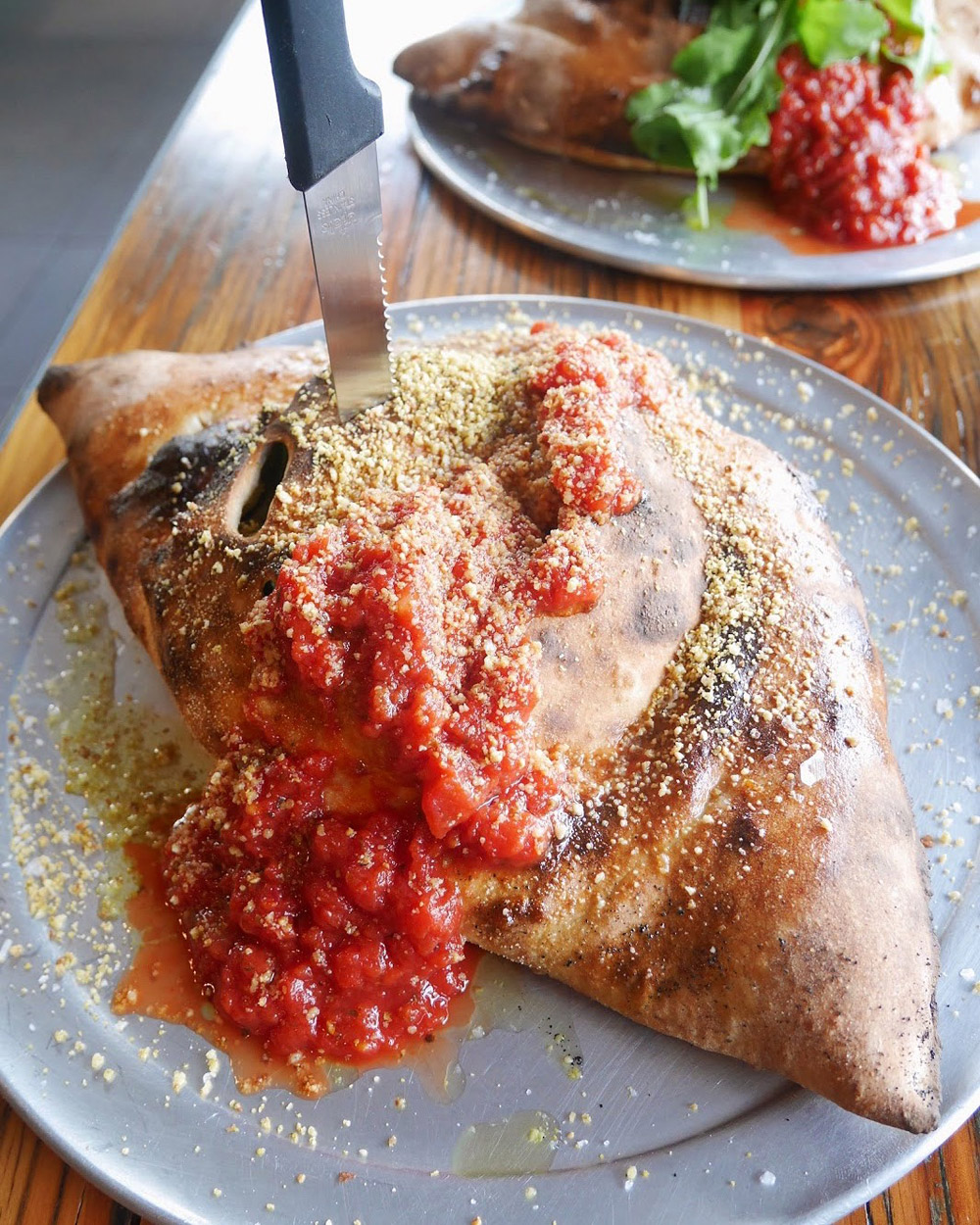 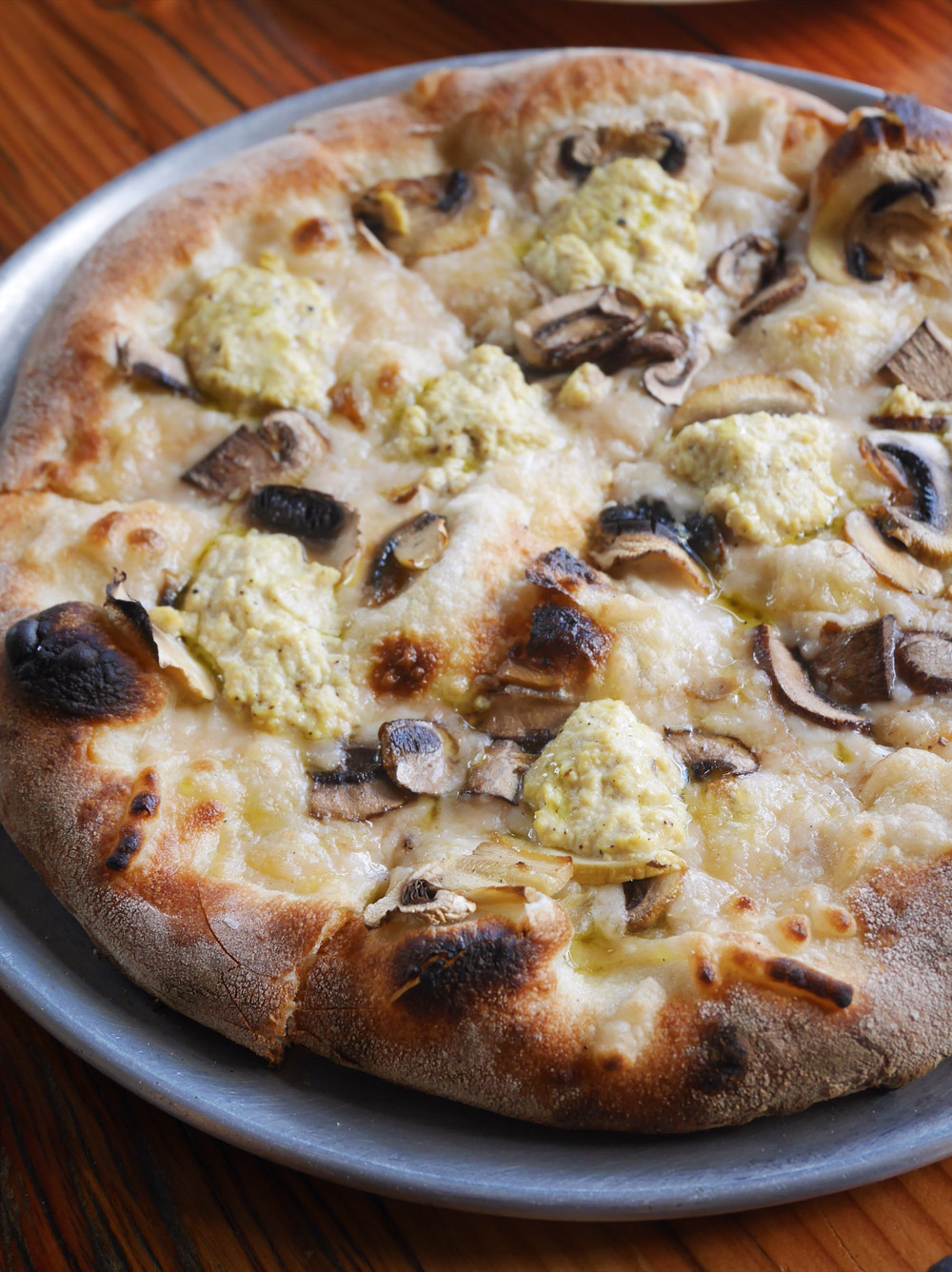 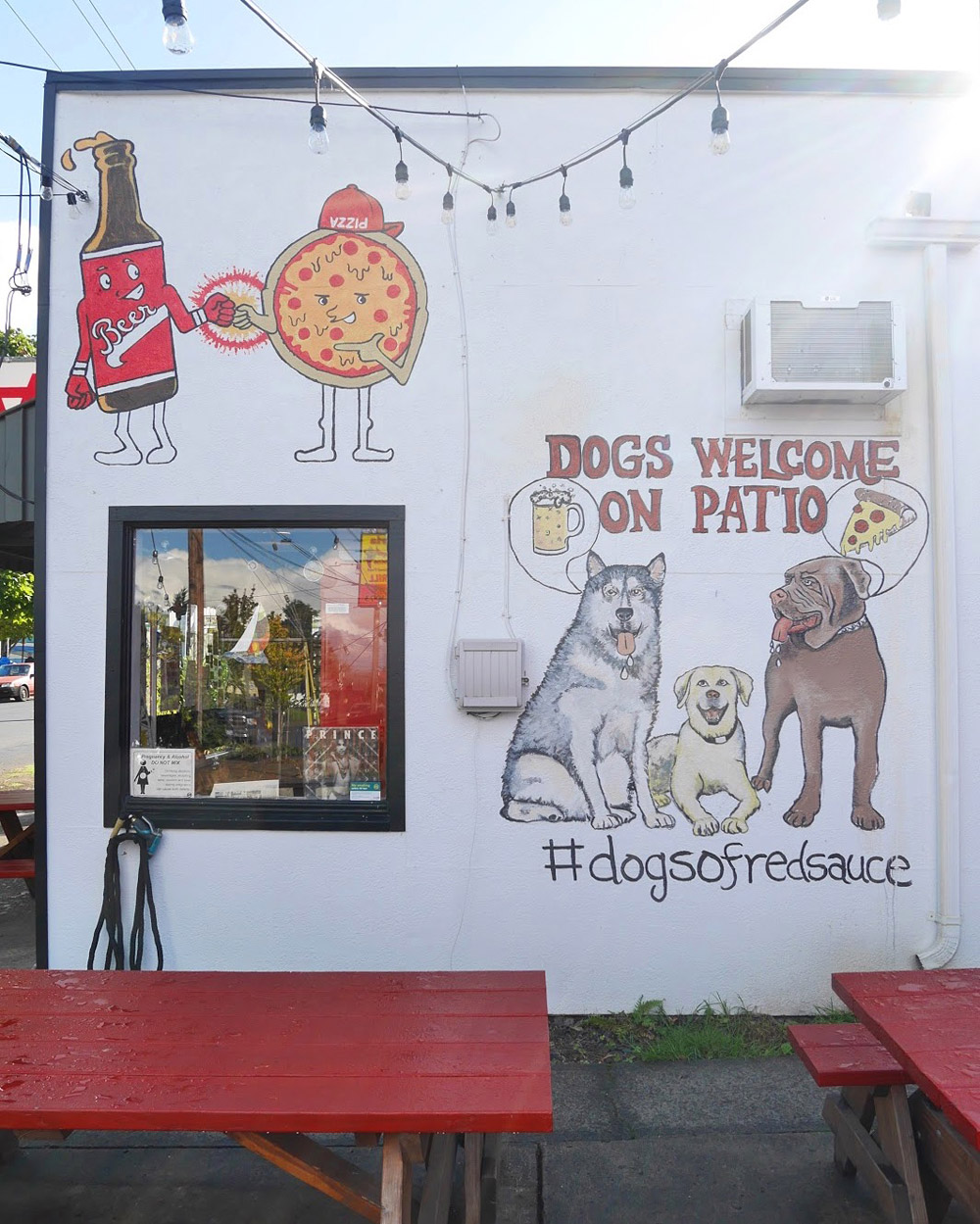 Note: This post is in collaboration with Veganizer PDX. I’m the director of the local chapter of Veganizer, and Red Sauce Pizza was our restaurant partner for this popup. 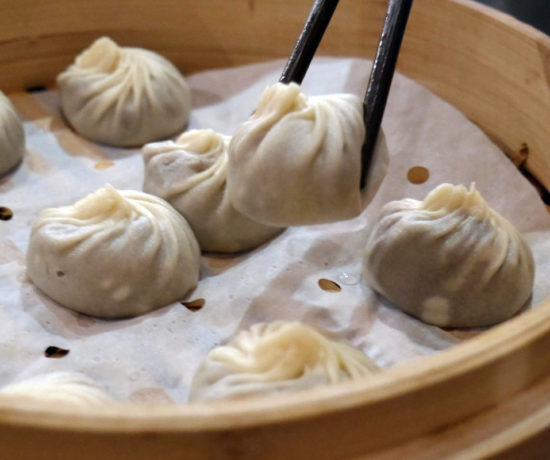 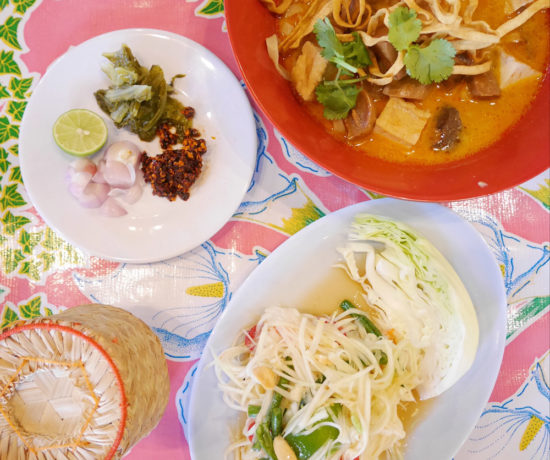 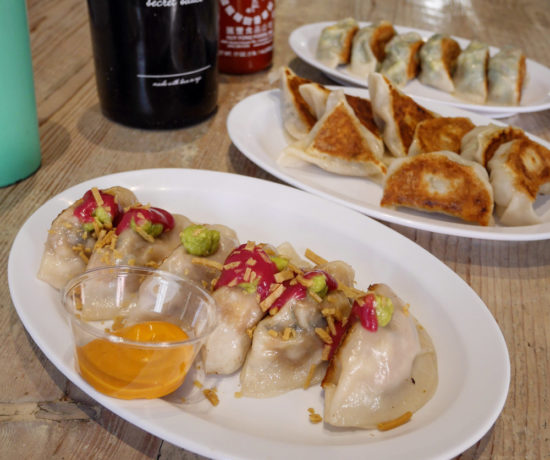