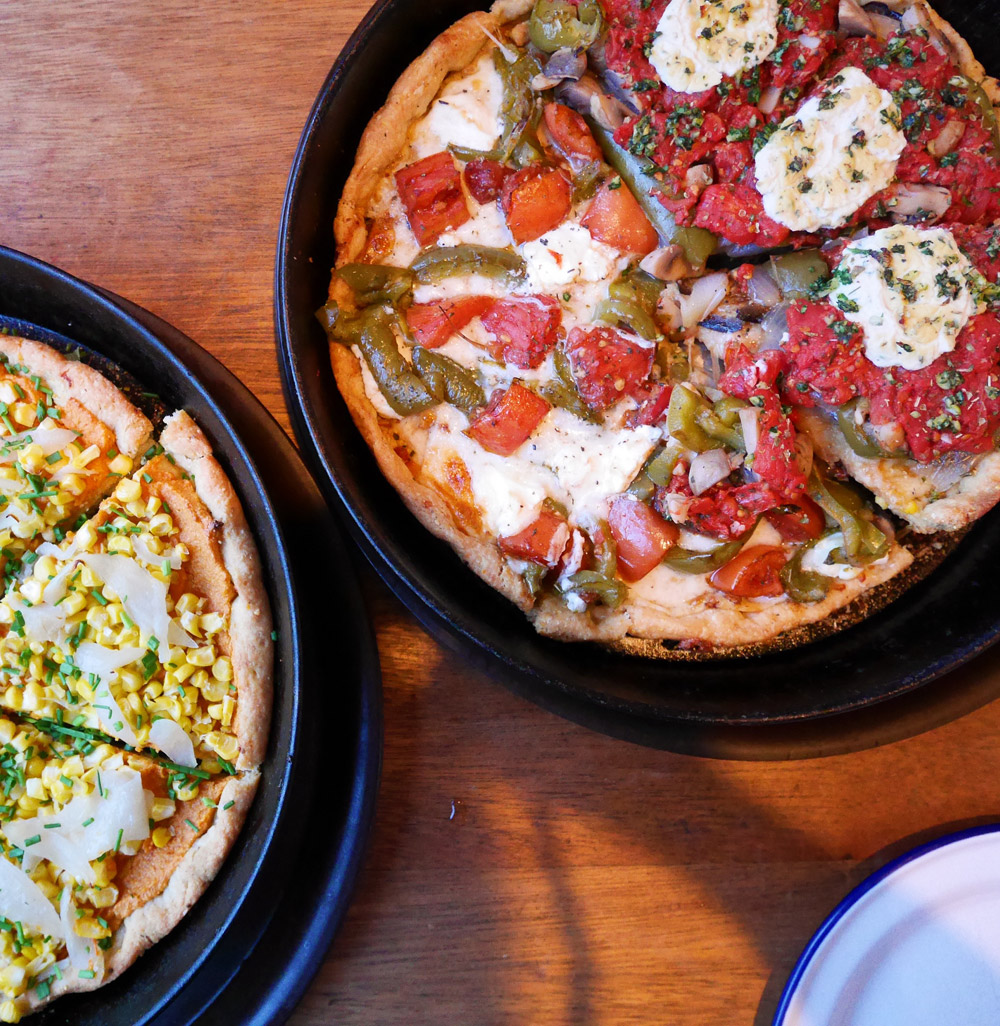 Located in the Kerns neighborhood of NE Portland, Dove Vivi serves up deep dish pizza with cornmeal crust. It’s cute, homey joint that has been around since 2007, and it is very Portland. The crust is made from locally sourced, organic cornmeal that is stone ground at Bob’s Red Mill, which I recently learned is here in the Portland area. (I use Bob’s products all the time, so I take this as yet another confirmation that I moved to the right city.) Everything at Dove Vivi is cooked to order, so don’t come here hangry and be prepared for a bit of a wait.

John and I visited with Morgan aka PDX Foodie Chick who is a fellow veggie eater and one of the first food ‘grammers I’ve connected with since moving here. Two whole pies was plenty for three hungry people, and we went home with leftovers. 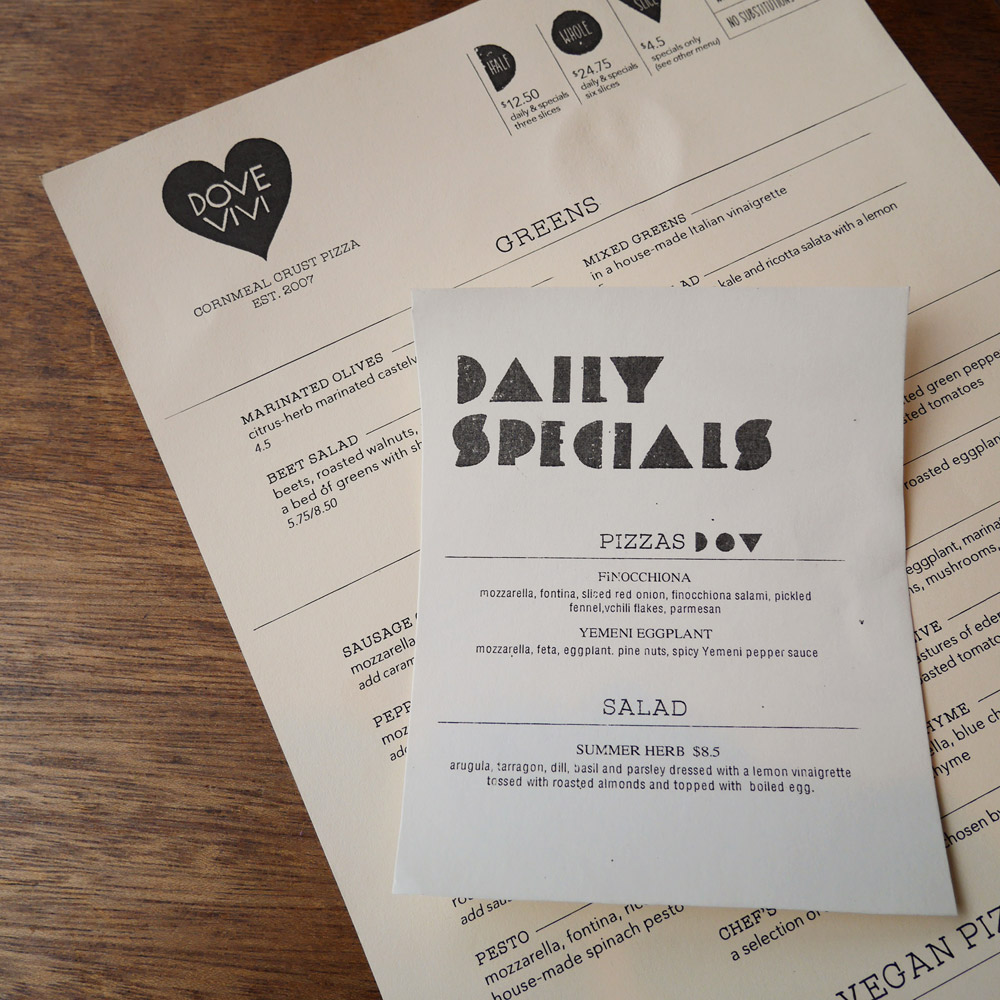 I tried both vegan pizzas on the menu. First up is the vegan corn cashew pizza. The cashew cheese base with roasted red pepper mixed in is quite good. There’s plenty of sweet corn and fresh chives to make it tasty enough, but I wanted more from this pizza. Maybe some real caramelized onions (not just sweated onions) or a drizzle of balsamic vinegar… something to take it up a notch. That said, the cornmeal crust was delicious and satisfying. Such a great texture, and I normally prefer my pizza with thinner crust. 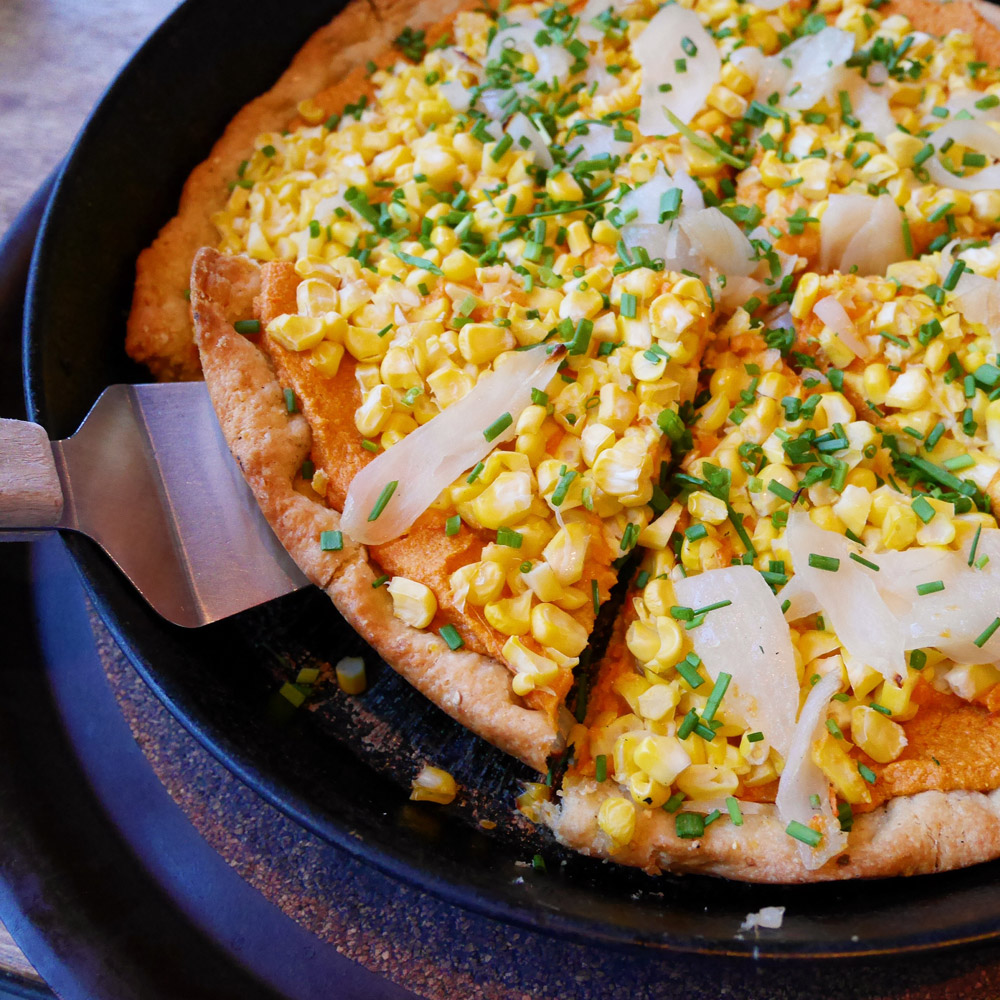 Below on the left is Dove Vivi’s goat cheese pizza. I did not taste this one as I tend to steer clear of dairy these days, but I will say that the gooey appearance of the cheese will probably appeal to most cheese eaters.

Over on the right is the vegan della salute pizza. Creamy herbed tofu ricotta, roasted eggplant, green peppers, onions, mushrooms, and tomato sauce. Not every restaurant knows how to do eggplant properly, but this was very nicely done. Definitely the stronger of the two vegan options on the menu. A winning combo of flavors, and the toppings complemented the cornmeal crust well. 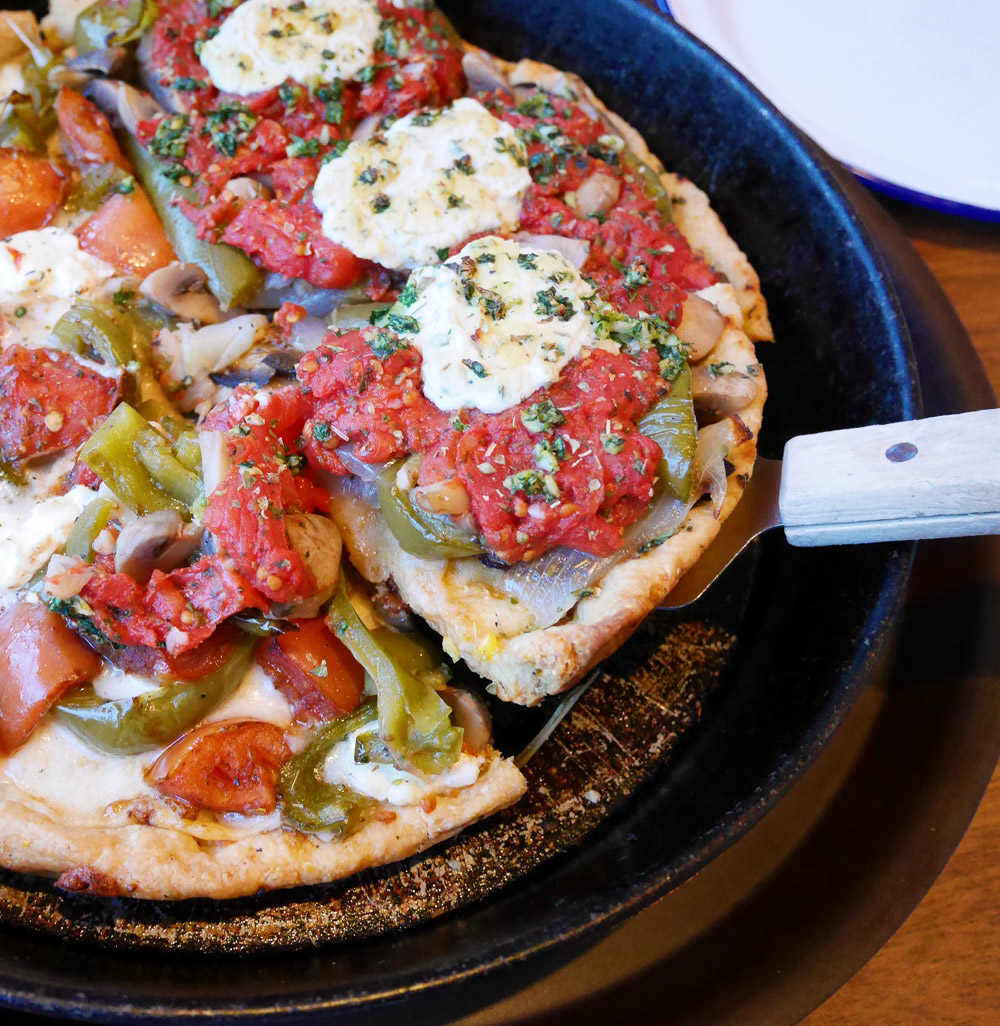 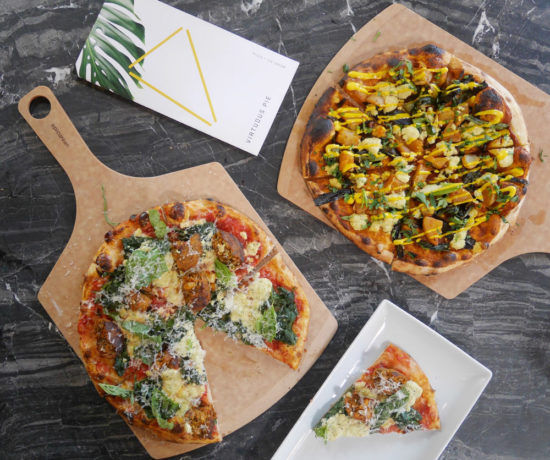 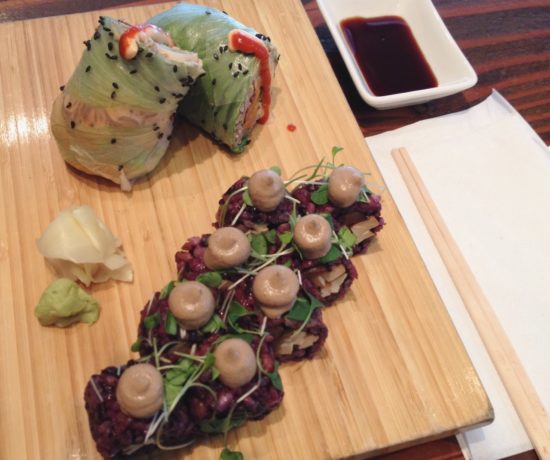 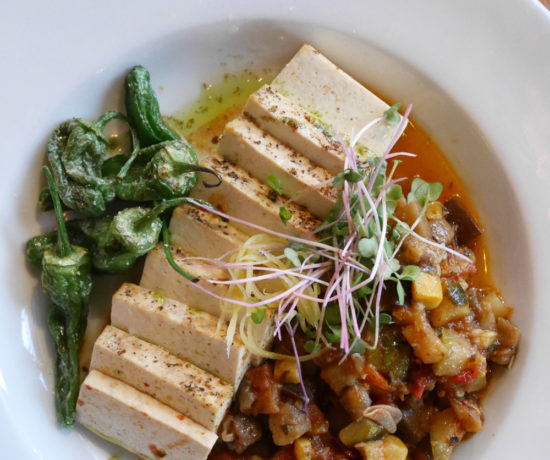