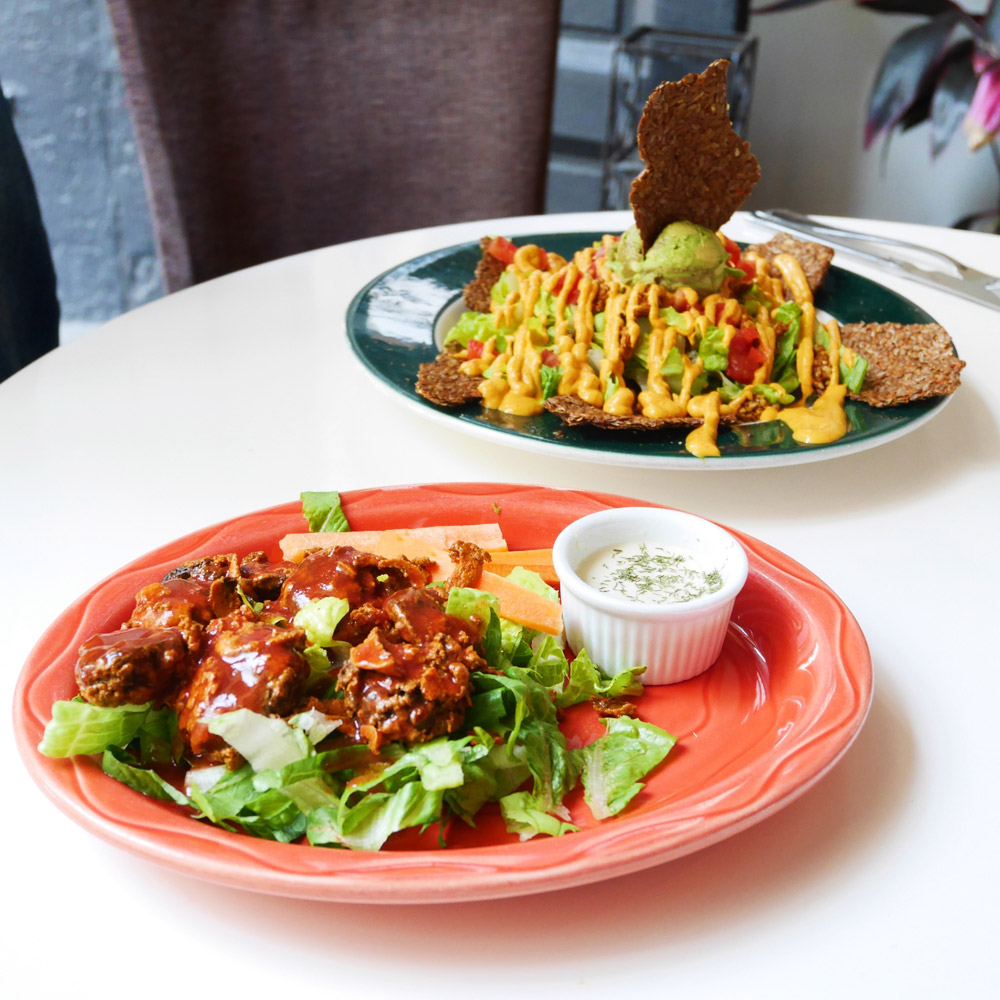 Remember my Earth Day event? The raw vegan crab cakes from Rockin’ Raw made The Dishelin Guide veg-curious enough to visit for a full meal. It’s been a few months since my last visit and even longer since my last write up, so I was happy to return. I love introducing omnivores to vegan options, and it makes my day when an omnivore expresses an interest in a vegan restaurant. An omnivore expressing an interest in a raw vegan restaurant? Well, that’s like some sort of rare astrological event. 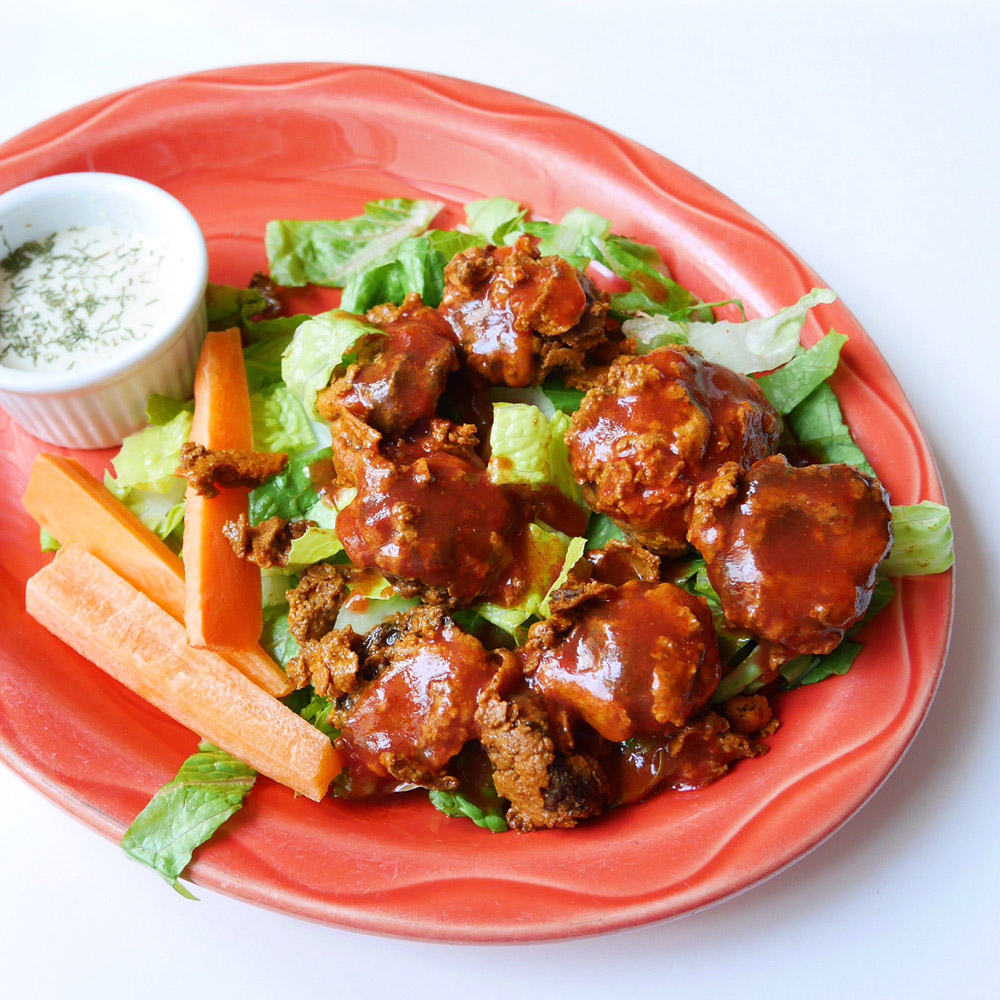 We kicked off this meal with the raw buffalo shrooms ($9). Breaded baby bellas tossed in a buffalo-esque sauce and served with a creamy ranch-like dip. The shrooms were meaty and satisfying, and the sauce packed a lot of heat. Good thing there were veggies on the side. Just don’t order this and expect it to be exactly like buffalo wings… this is a raw vegan interpretation of buffalo wings. 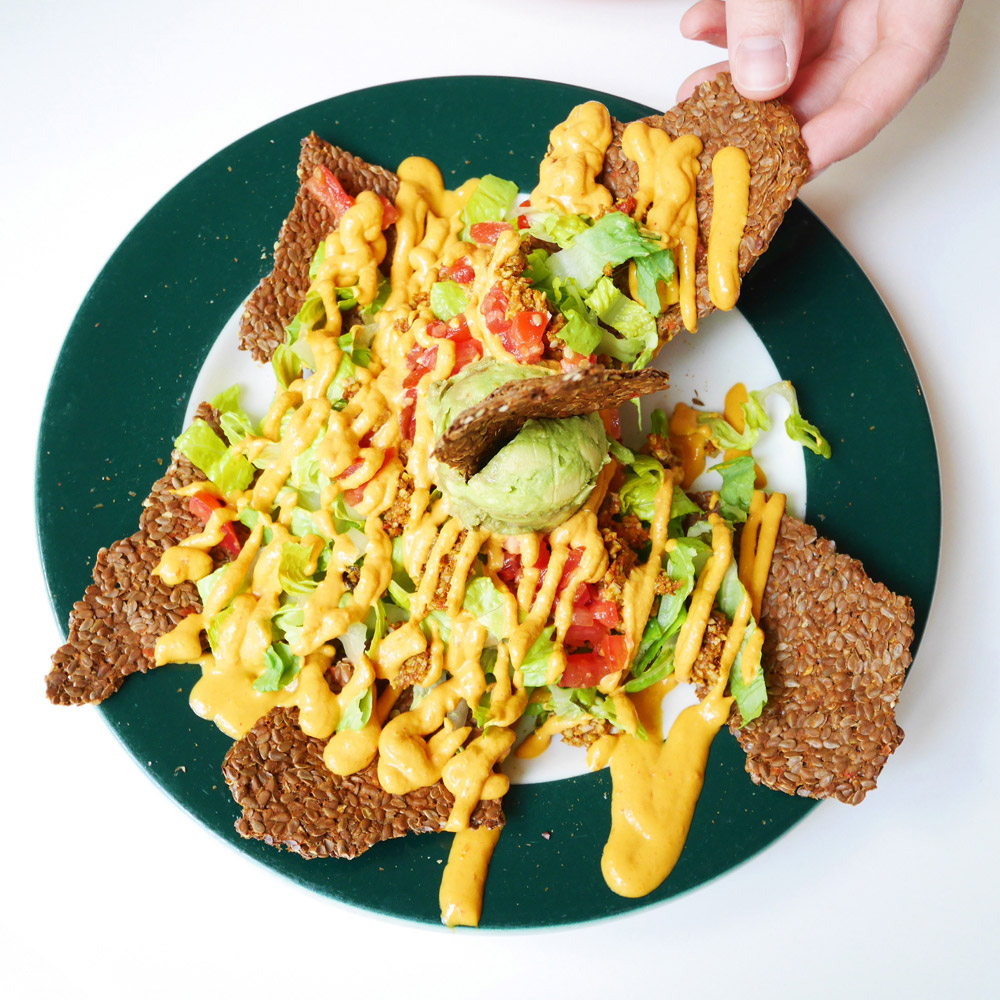 I order the fully loaded raw nachos ($14) every time and opted for the spicy version this time around. The seasoned flax chips are enjoyable even on their own. The seed meat, veggie toppings, and giant scoop of guacamole are all tasty, but it’s that nacho cheese with a smoky flavor that brings it all together. The sauce game at Rockin’ Raw has always been strong! 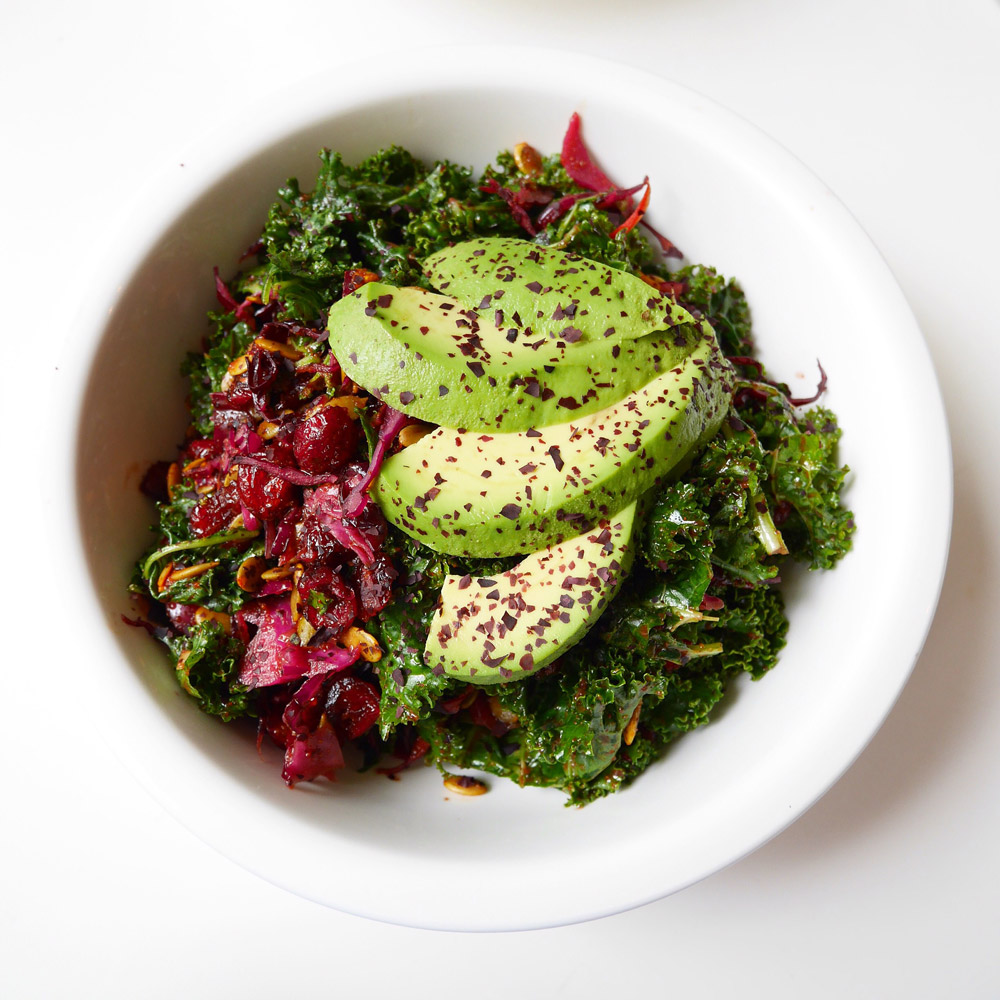 We ordered the kale dulse salad ($14) mainly because we were curious about dulse. I’ve never had dulse before, but I remember reading that it tastes like bacon. It turns out that you have to pan fry it for that bacon-like flavor. Without frying, it’s tastes more like the ocean. Nevertheless, this was still a good salad with kale, spiced pumpkin seeds, shaved red cabbage, and avocado. The kale might be a little tough depending on how you like your kale in salads. 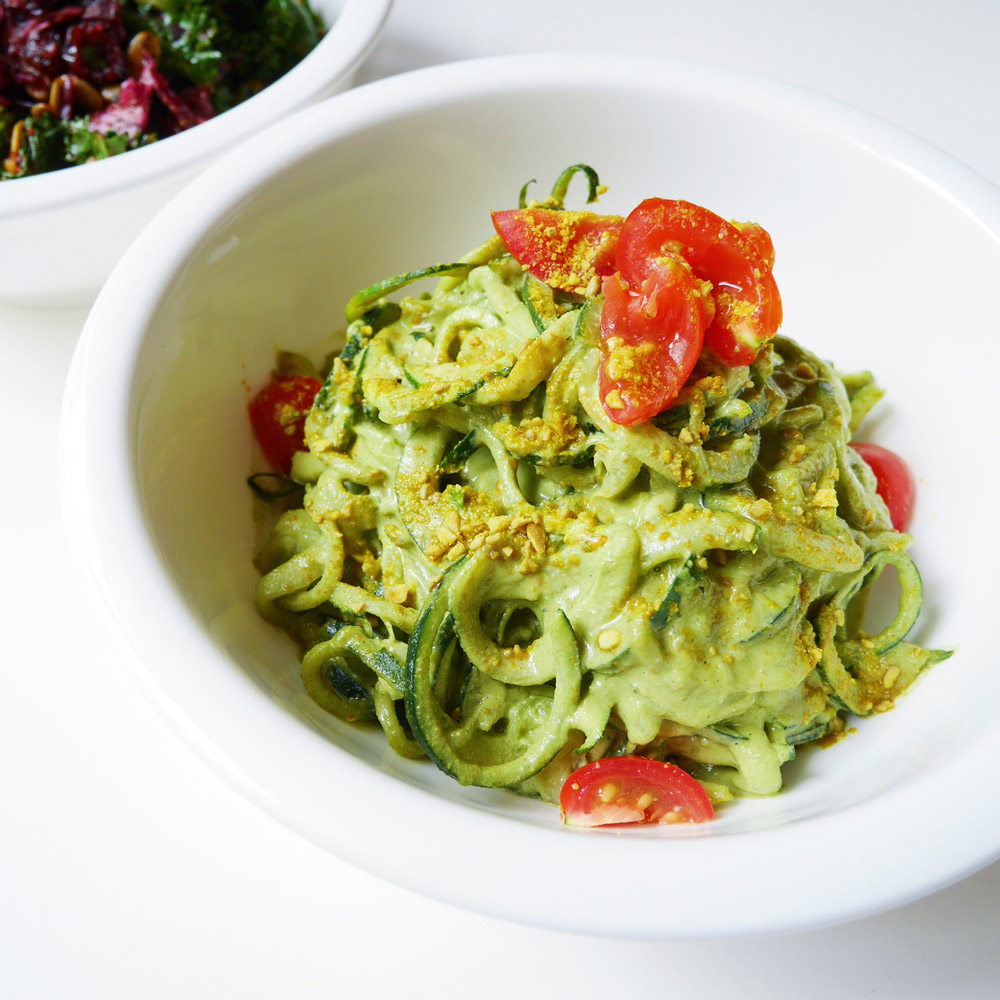 Three dishes would have been plenty of food for two, but we also ordered one of the live pastas while in a matcha induced caffeine haze. The tallarines verdes de la lala ($15) features zucchini noodles tossed in basil with plum tomatoes. Overall, the flavors were there, but this dish was a bit too watery. Maybe the tallarines a la huancaina with the nut cheese sauce would have been a better pick. We still managed to get a nice #liftingnoodles photo though! 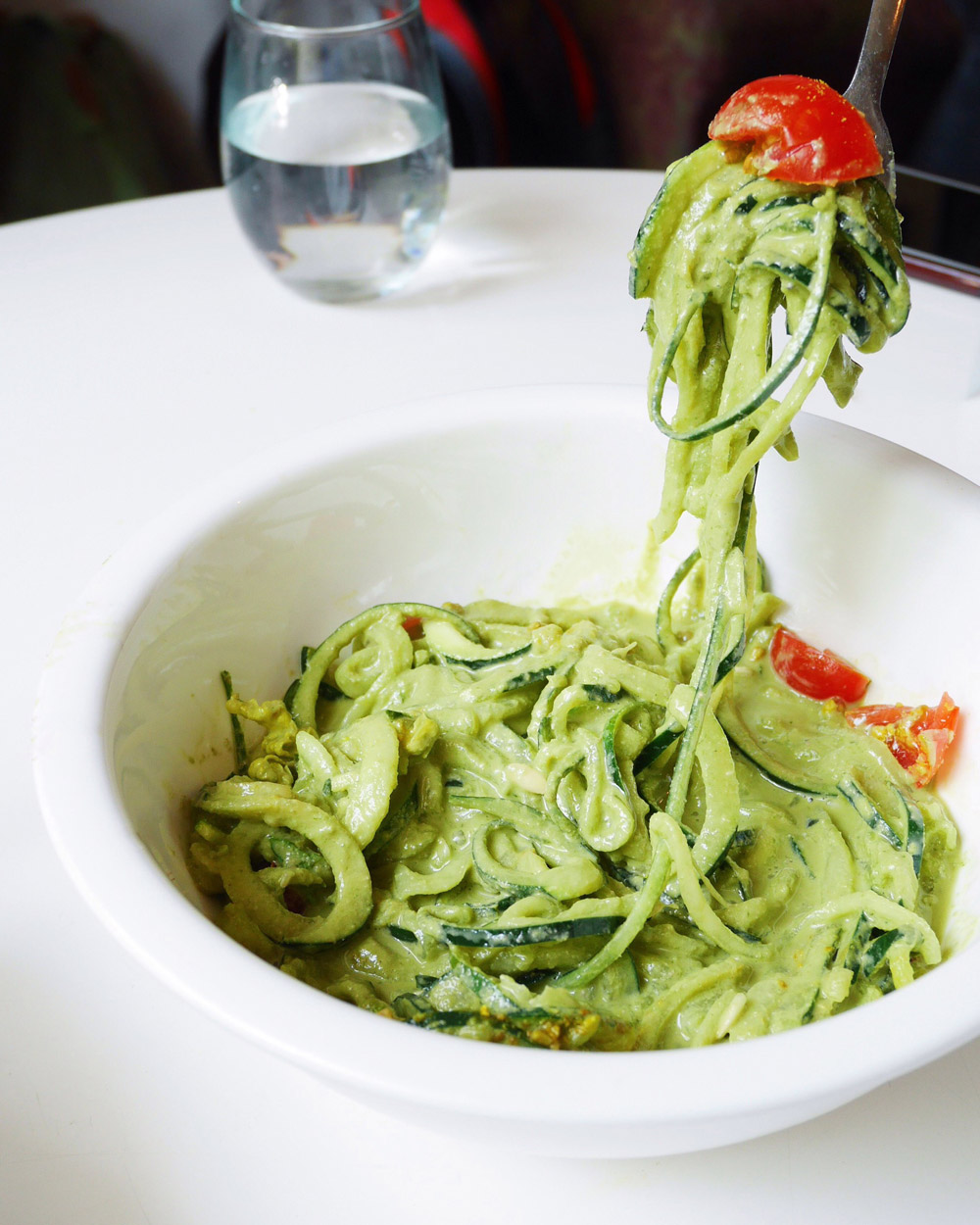 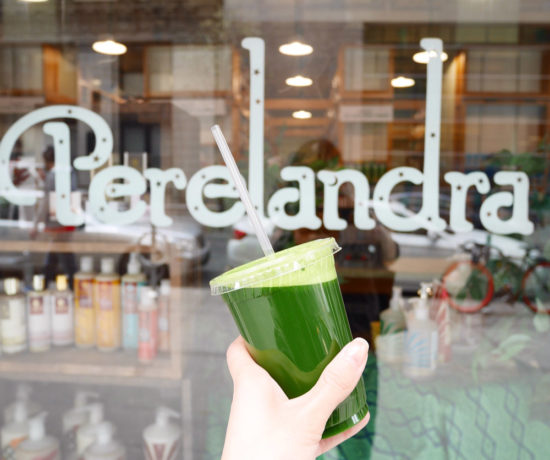 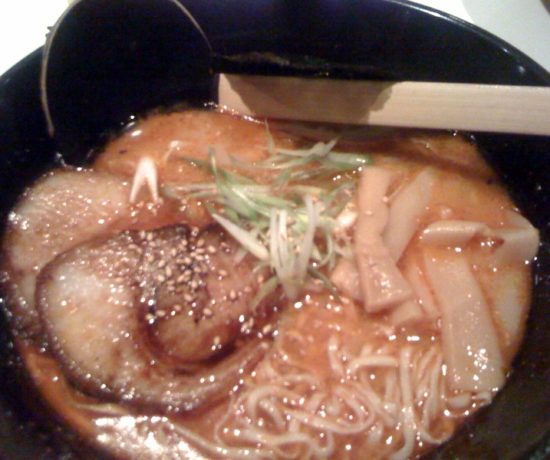 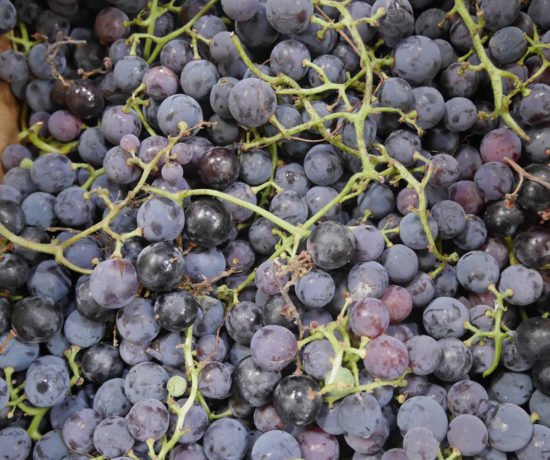