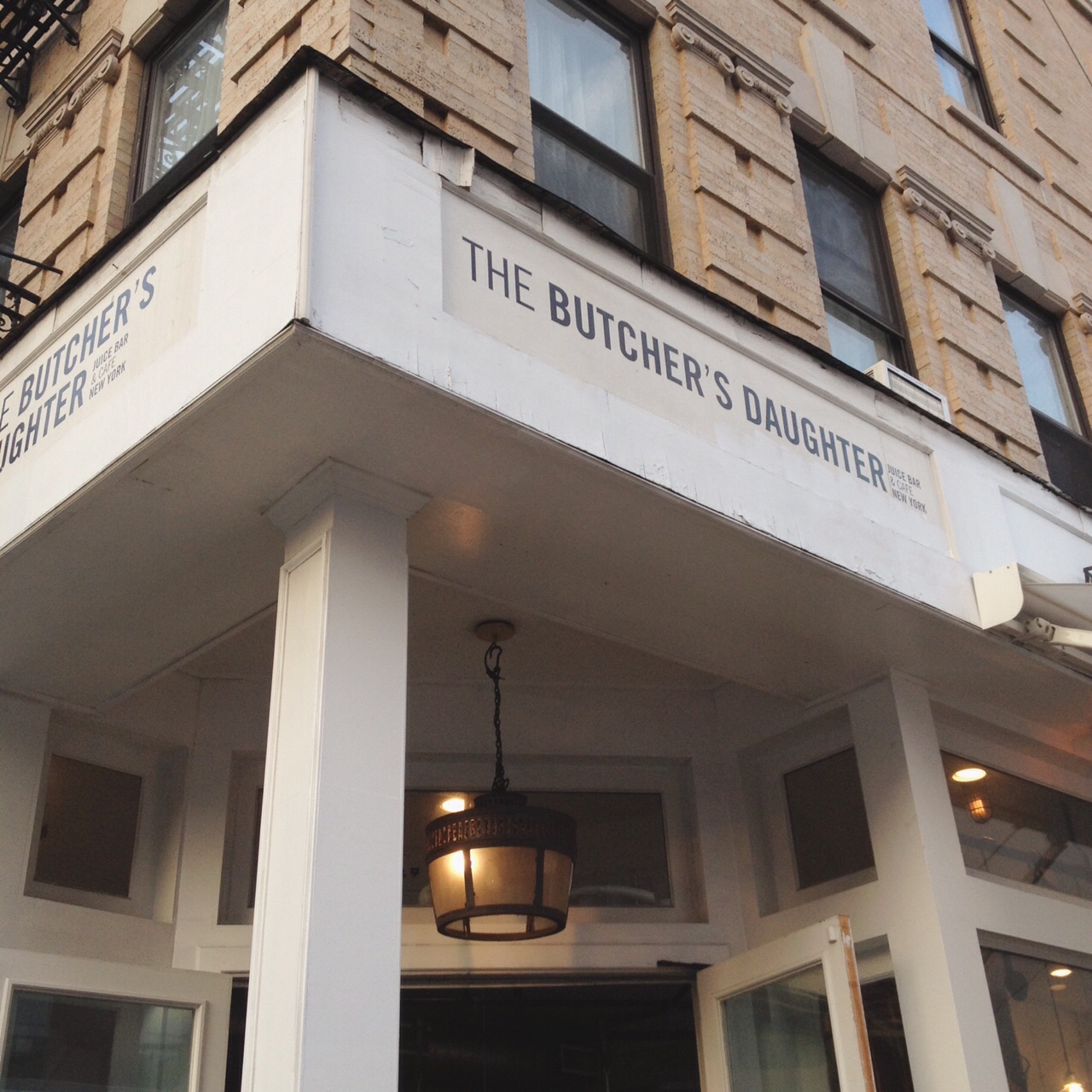 Back at The Butcher’s Daughter again! We originally wanted to do an early dinner at Dirt Candy with Dianne and JS, but there were no walk in tables available. Since The Butcher’s Daughter is nearby, I suggested we go there instead. We got the last outdoor table available, and the weather was perfect for al fresco dining. Hurray! 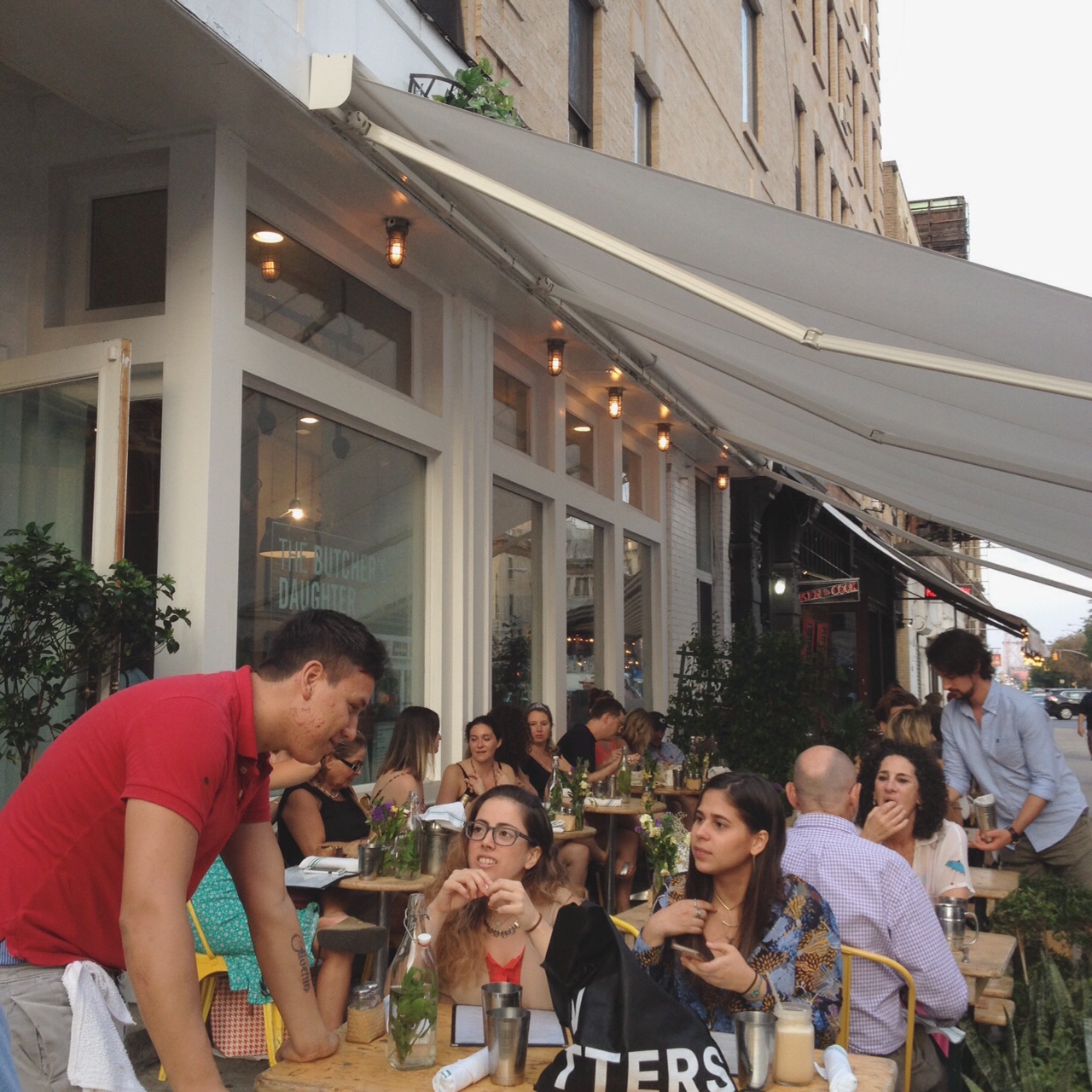 John and JS both ordered The Butcher’s Burger ($17). It’s a veggie black bean burger with cashew cheddar and harissa mayo on a brioche bun. Served with roasted potato wedges on the side. Looks amazing. The black bean patty really dominates in this burger! 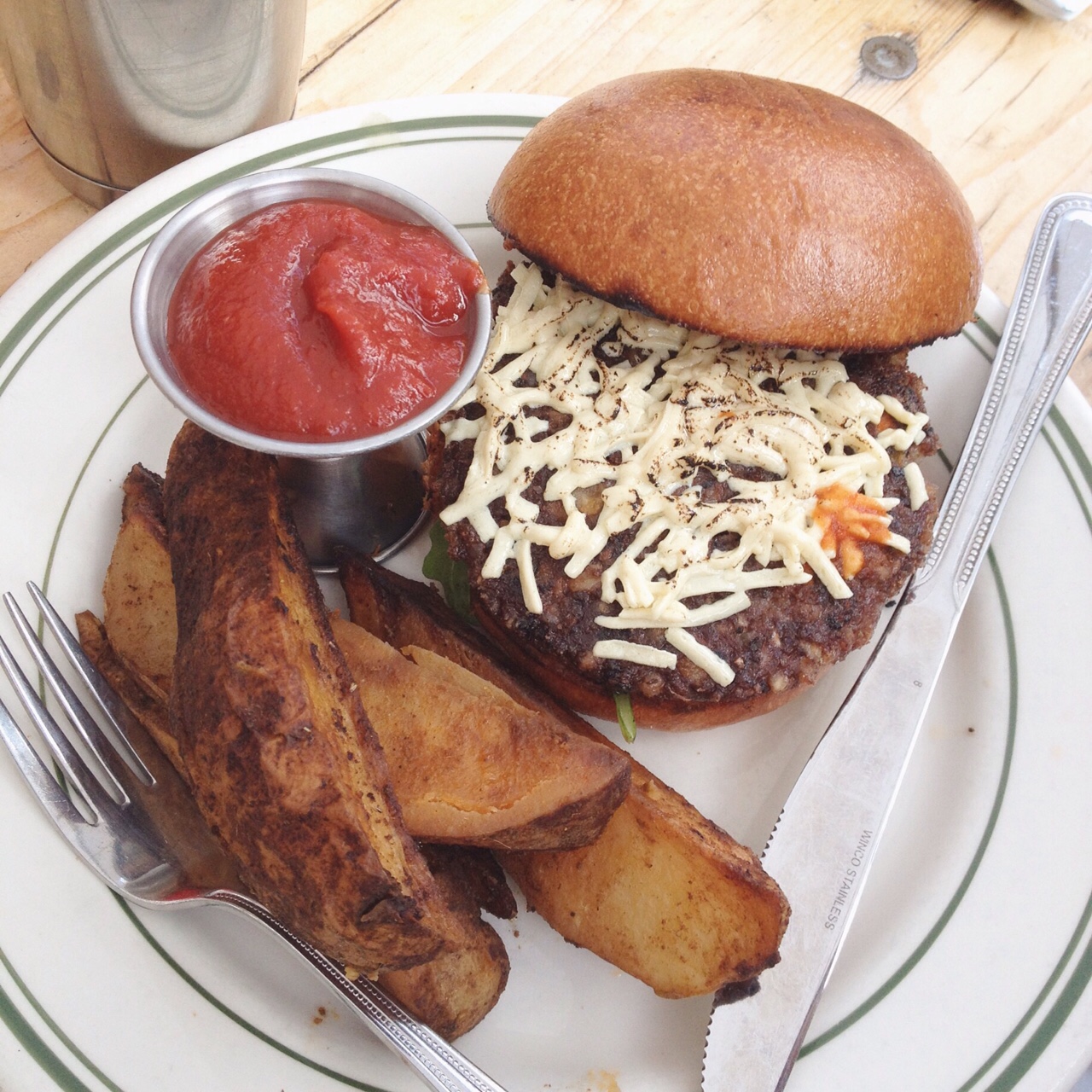 John and I both ordered the South Hampton Double White Ale ($8), which was a lovely beer for summer sipping. I ordered the Tagliatelle Bolognese ($17), which was a healthy meatless take on bolognese sauce. There was no actual pasta here, just wide ribbons of fresh zucchini and carrot. I’m sure that upsets pasta purists, but this was great in the summer heat. The black bean and tomato bolognese was surprisingly meaty and filling. 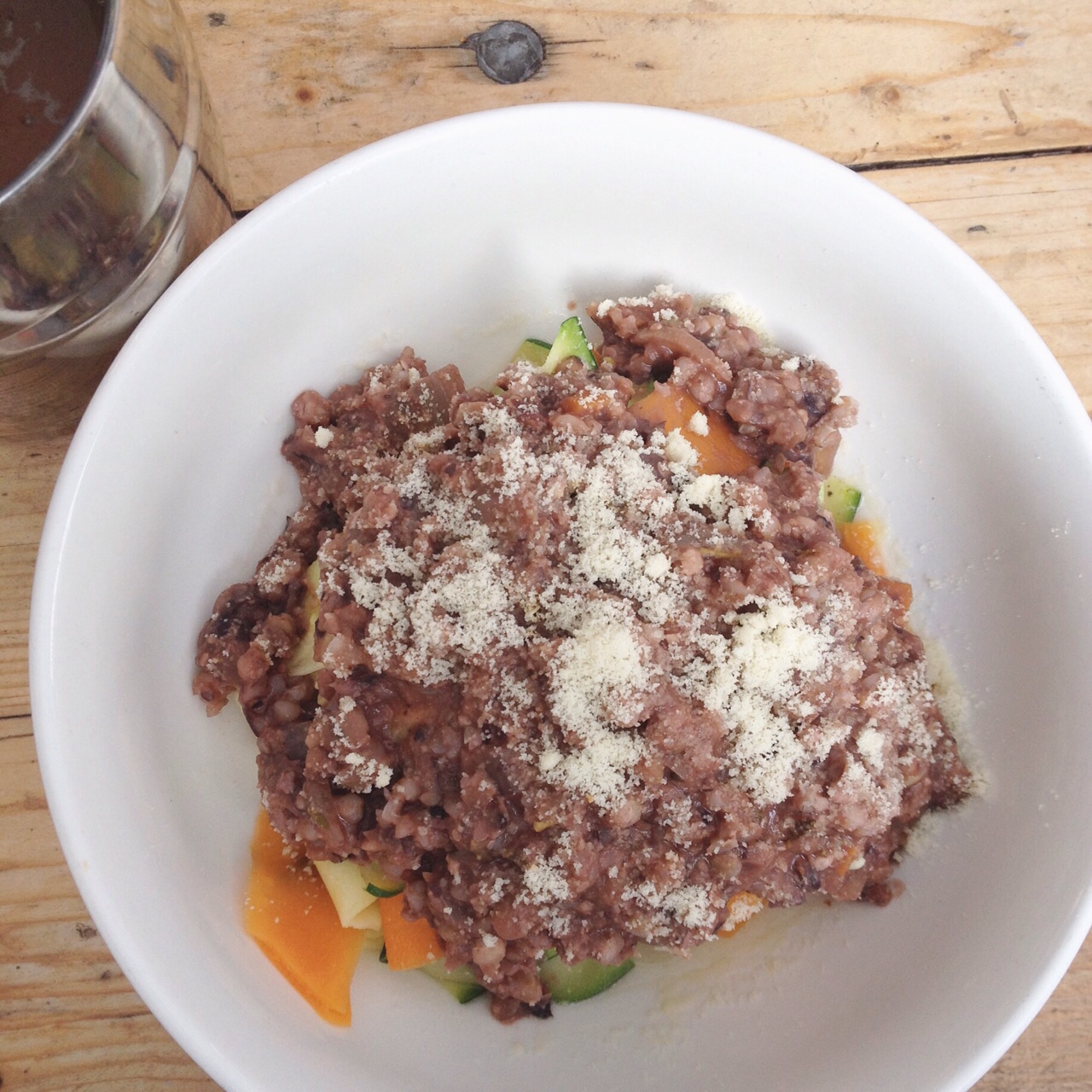 Dianne’s entree, the Angel Hair Carbonara ($18) was the prettiest of all. Thinly shredded spaghetti squash, black pepper, cashew ricotta, arugula, tomatoes, and breadcrumbs. This is a low calorie, guilt free version of your classic carbonara with eggs, cheese, and bacon. I think I’ll be ordering this colorful dish on my next visit. 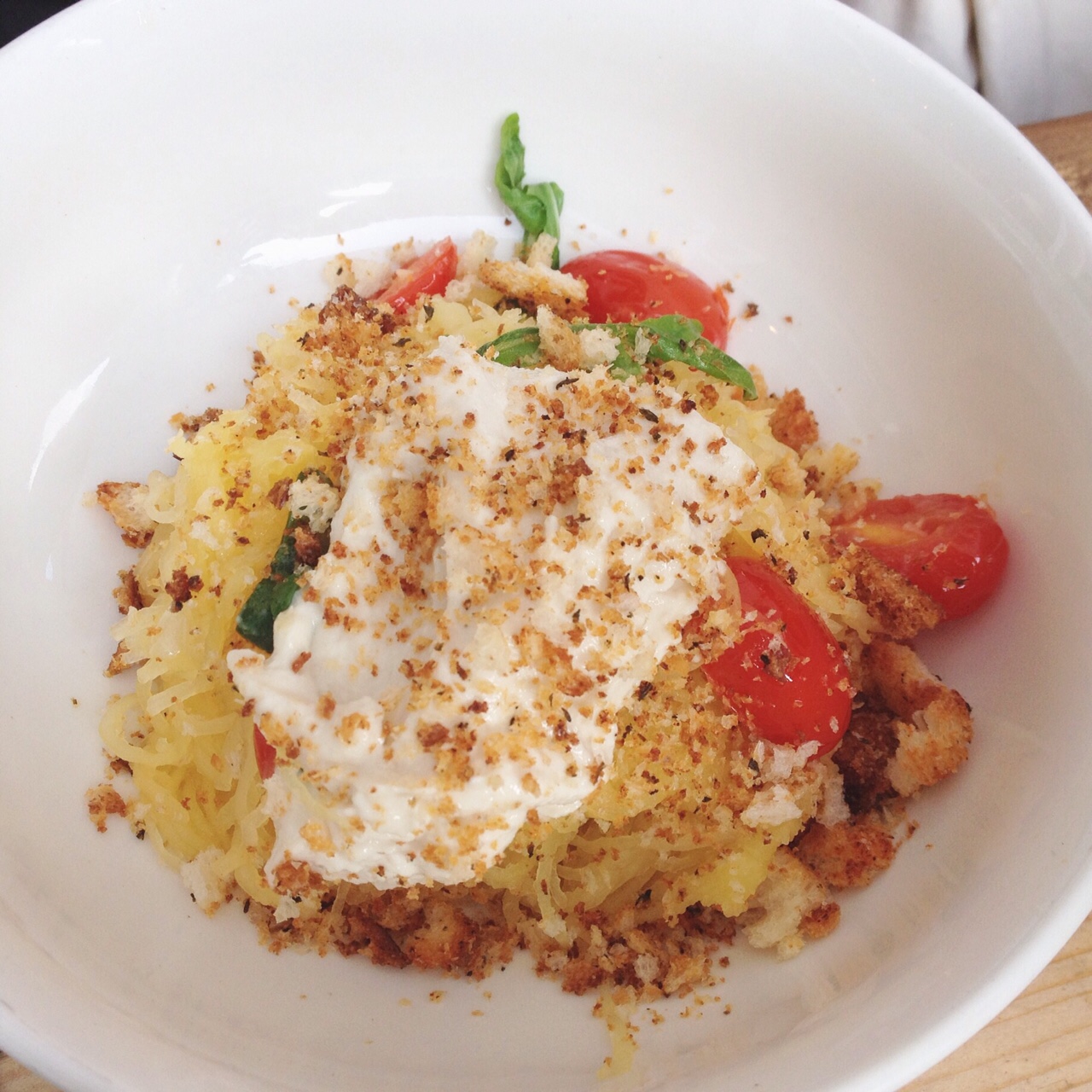 Unfortunately, our waiter forgot about our Loaded Potato Skins ($6) starter. We ended up getting it at the end of our meal, but it was definitely worth the wait. Beautifully roasted potato skins with adzuki bacon (more like sausage), red onions, vegan cheese and vegan sour cream. 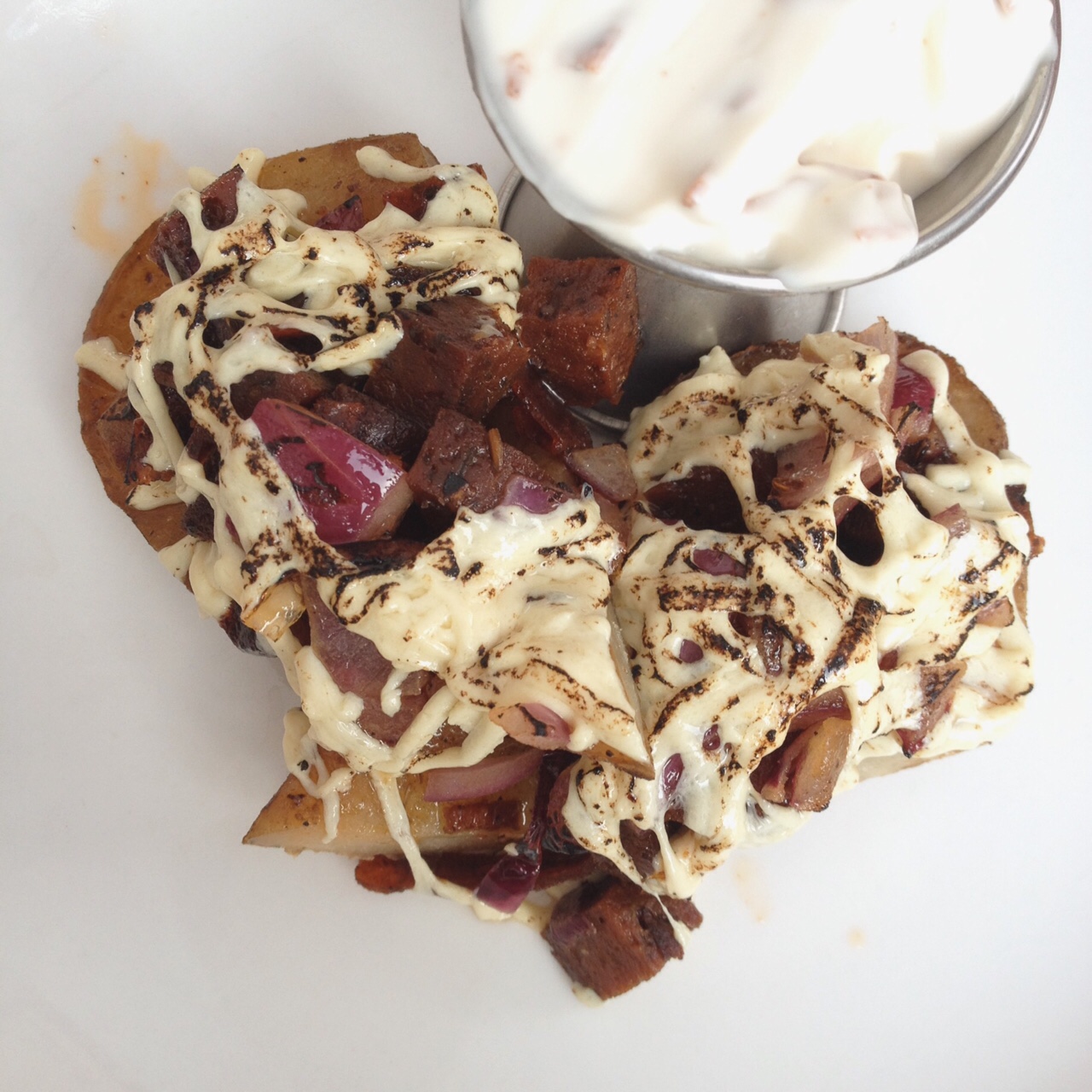 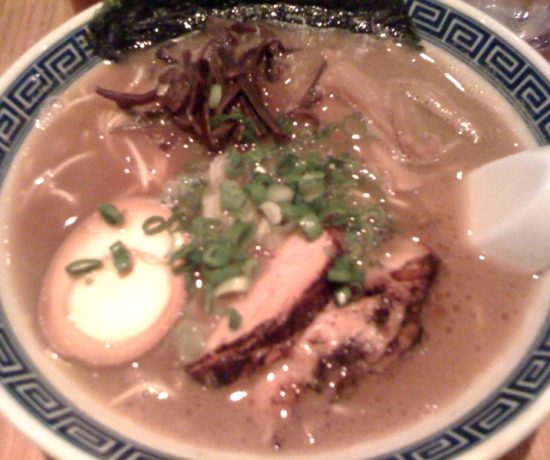 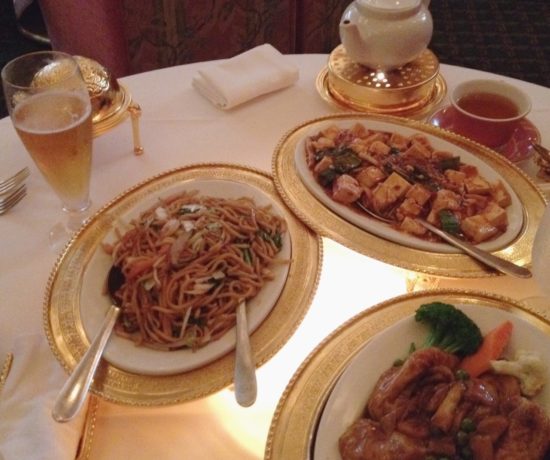 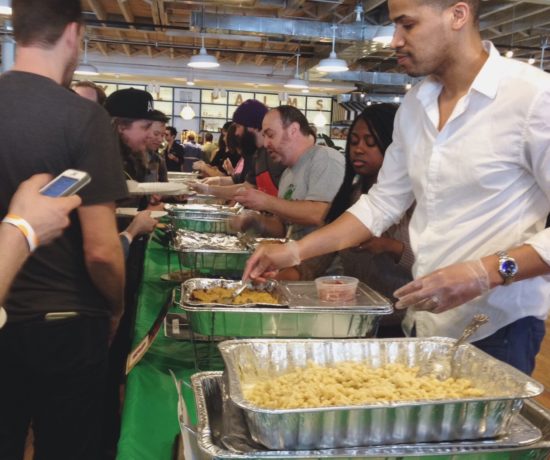