Another coupon, another date night! This was a Groupon coupon: $25 for dinner for 2 with an appetizer, 2 entrees, pitcher of beer. I also happened to have $10 Groupon credit, so this was $15 for a whole lotta food!

Tenth Rail is a short walk from the 34th St – Penn Station. Hell’s Kitchen, Chelsea, Midtown? Somewhere in between. Not much in this area. Tenth Rail happens to be next to the only McDonald’s with a drive thru that I’ve seen so far in Manhattan. (It was windy –  that’s why the iPhone photos are extra blurry!) 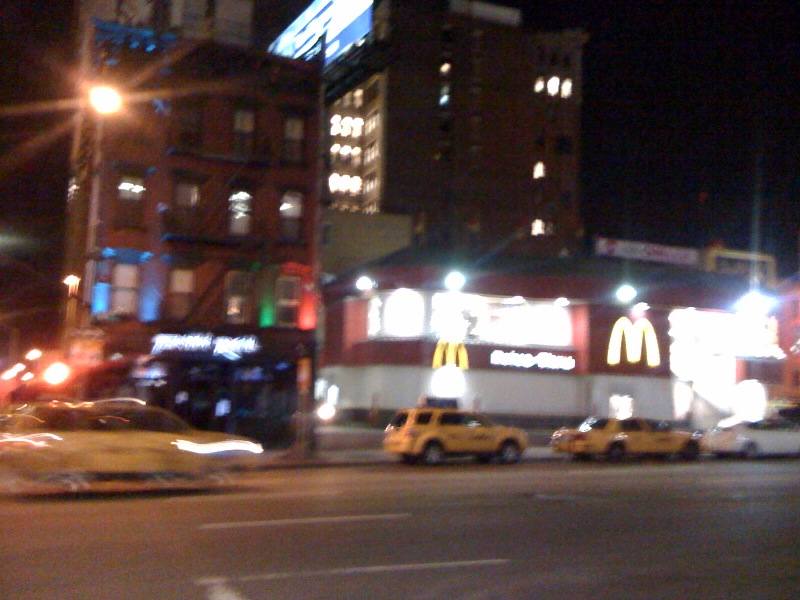 It was surprisingly empty for 8pm on a Friday in Manhattan. Nice lounge space with booths and TVs all over. Not divey, but not too upscale. Like most places in this city, the music was way too loud. It amused me that 90% of the songs played were performed on season 2 of The Voice. 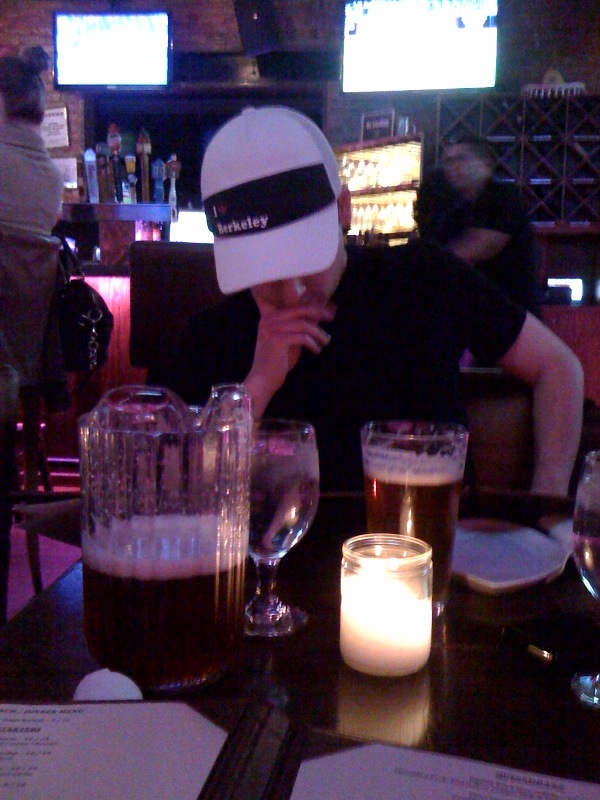 …and here’s John staring at the TV above me. Or maybe he’s praying to the food gods for delicious burgers and quesadillas. 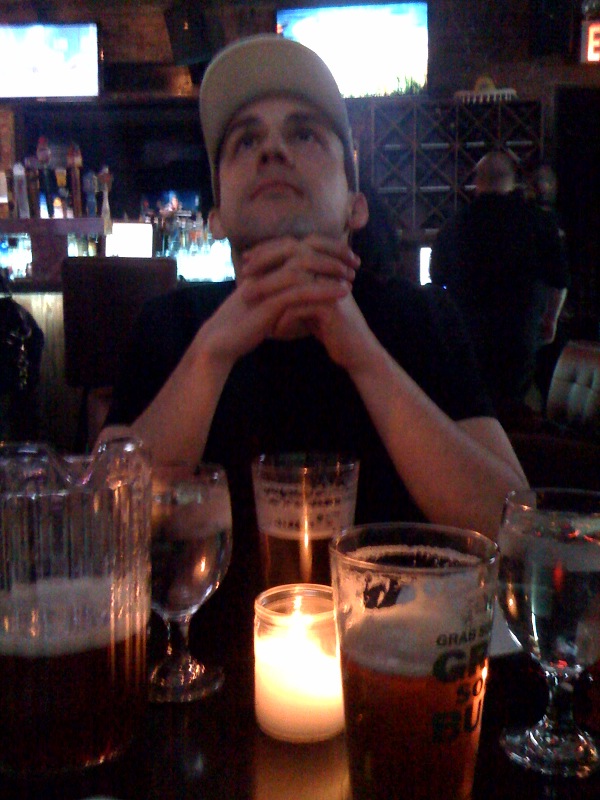 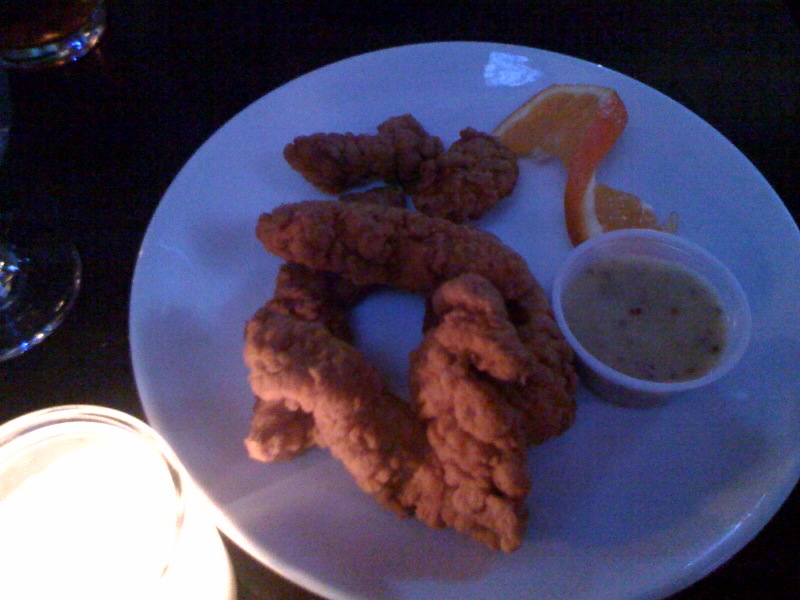 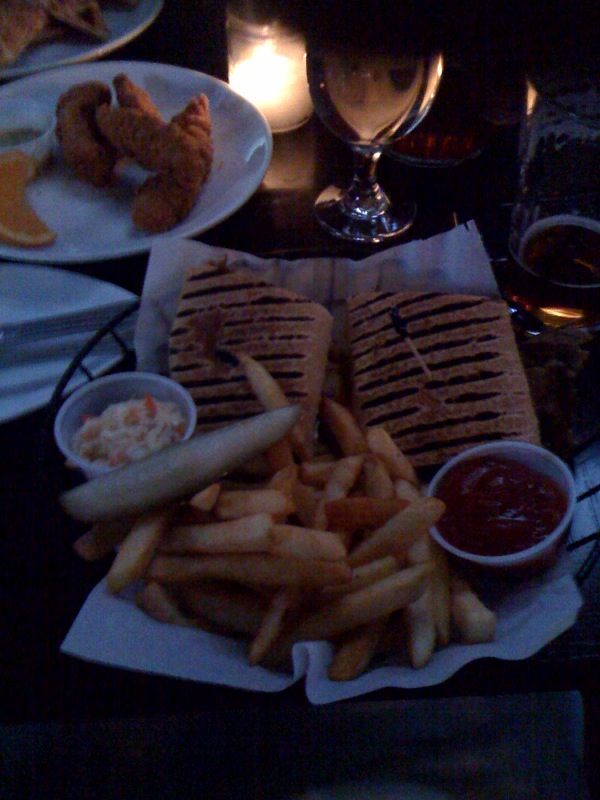 I’ve had a craving for pulled pork recently. Not sure why. I asked for the pulled pork quesadilla, which was the very first quesadilla option on the menu. The waitress told me they were completely out of pork, and no one ever orders that. Uhh okay. Got the grilled chicken quesadilla with jack and cheddar, Pico De Gallo, and sour cream instead ($12). 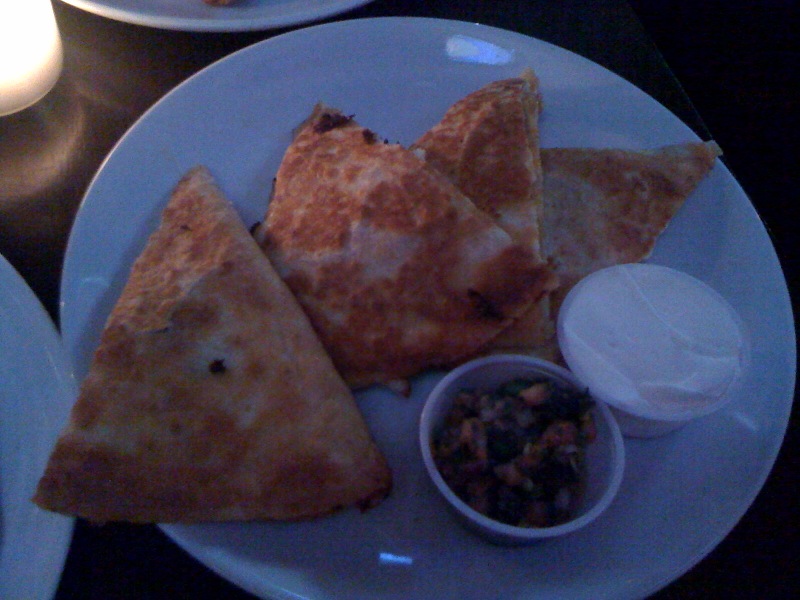 Not bad, but not amazing. Deep fried (!!!) quesadillas with plenty of ooey-gooey cheese. The cheese and hefty tortillas were good. The chicken was meh. I had filled up on the chicken tenders (extra crispy!) and was only able to eat 1 wedge of my quesadilla. The leftovers did not reheat well at all. All the grease seeped out all over my plate. Eek. 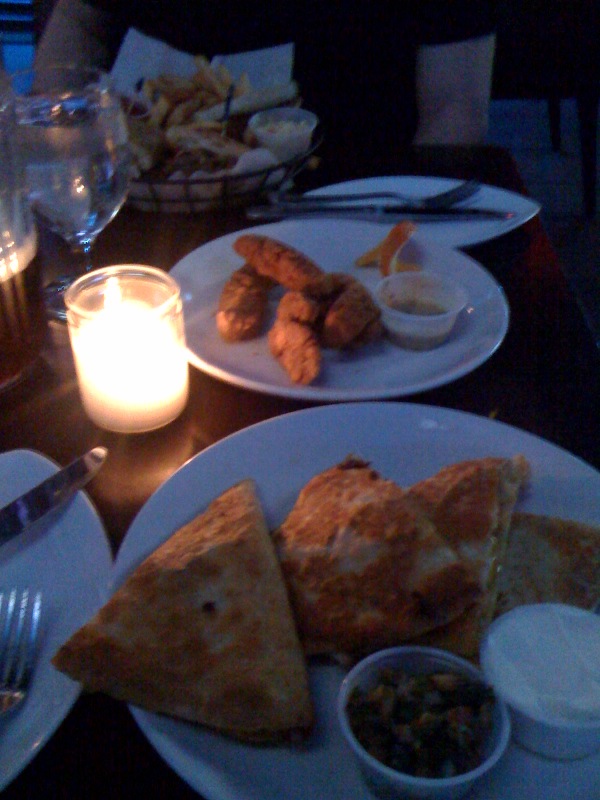 Food was decent, nothing out of the ordinary. Doubt we’ll be back unless we have another coupon. Our waitress was very attentive. There were times when we wished that she would stop checking on our table! The restaurant was empty, so I guess she had nothing better to do. Not the most amazing restaurant/bar, but could be a good spot to hang out with a large group of friends. 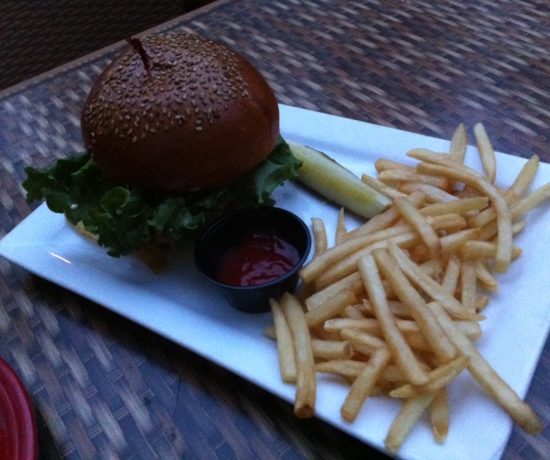 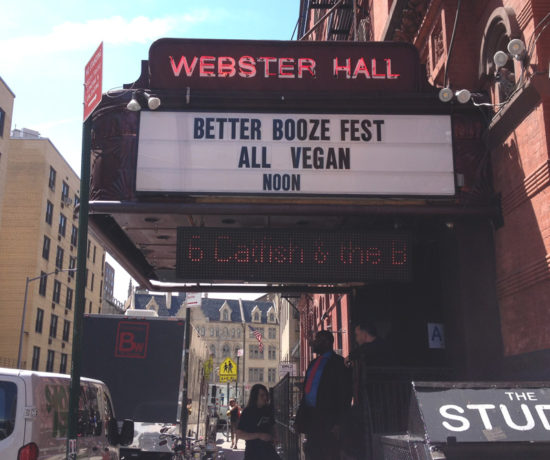