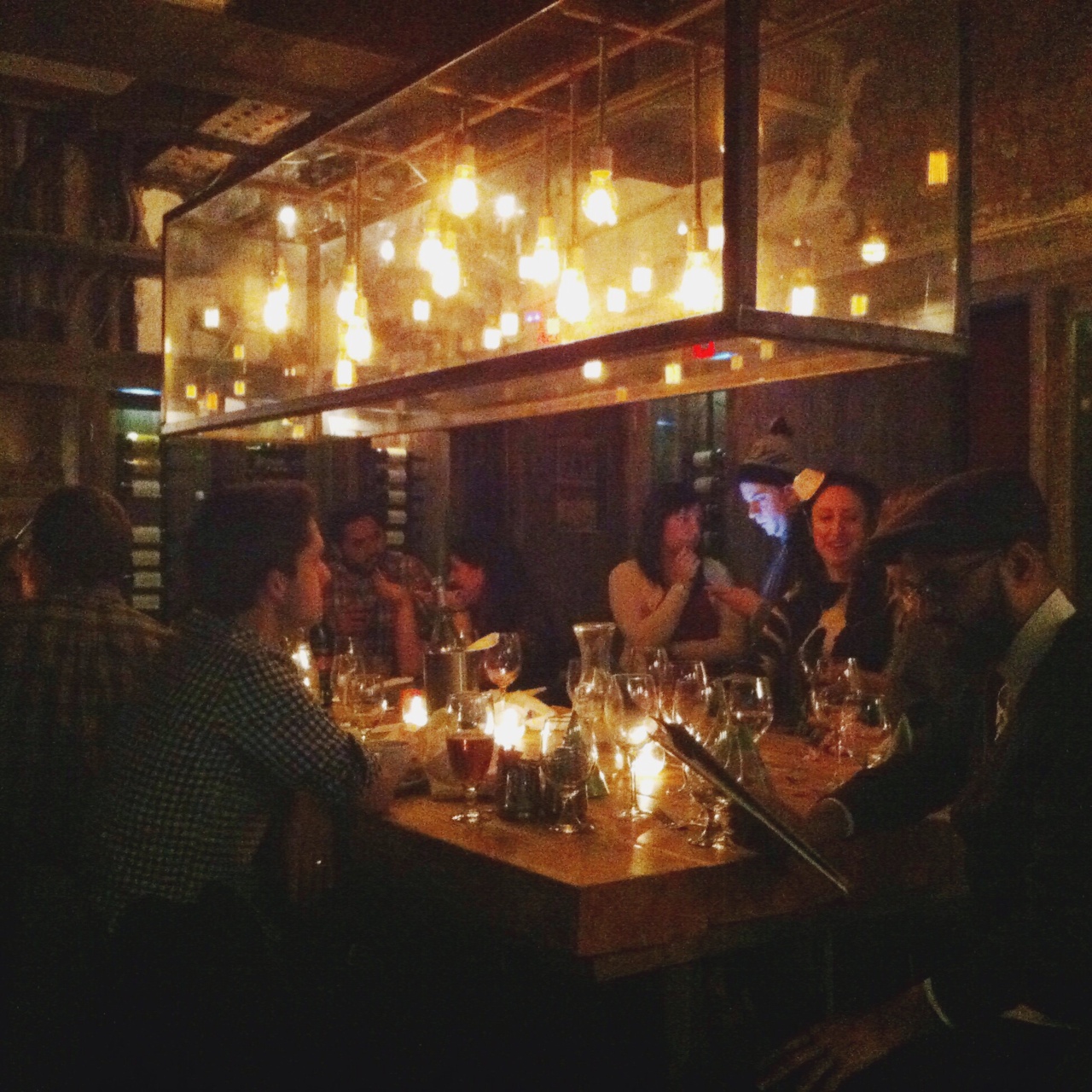 John and I were recently invited to Liana’s birthday dinner at the chef’s table in Fraunces Tavern, which is the oldest standing structure in NYC. In addition to being a museum, this is supposed to be where George Washington gave his farewell speech to his lieutenants.

Located in the heart of the restaurant, the chef’s table seats fourteen people. The chairs aren’t very comfortable though. It’s a cozy spot for an intimate gathering with friends. Just the space itself is quite an experience… a beautiful oak table with hanging lights overhead and surrounded by display cabinets housing their wine collection. My dream house has a dining table like that, but a little less rustic. There was plenty of room around the table to stand and mingle before the entire group arrived. I recommend this place for large groups, but it seems like you’re paying for the ambiance, and not so much the food.

Our group ordered some appetizers to share, including an impressive plate of raw oysters. I didn’t have any as I’ve given up sea creatures, but I hear they were quite good. 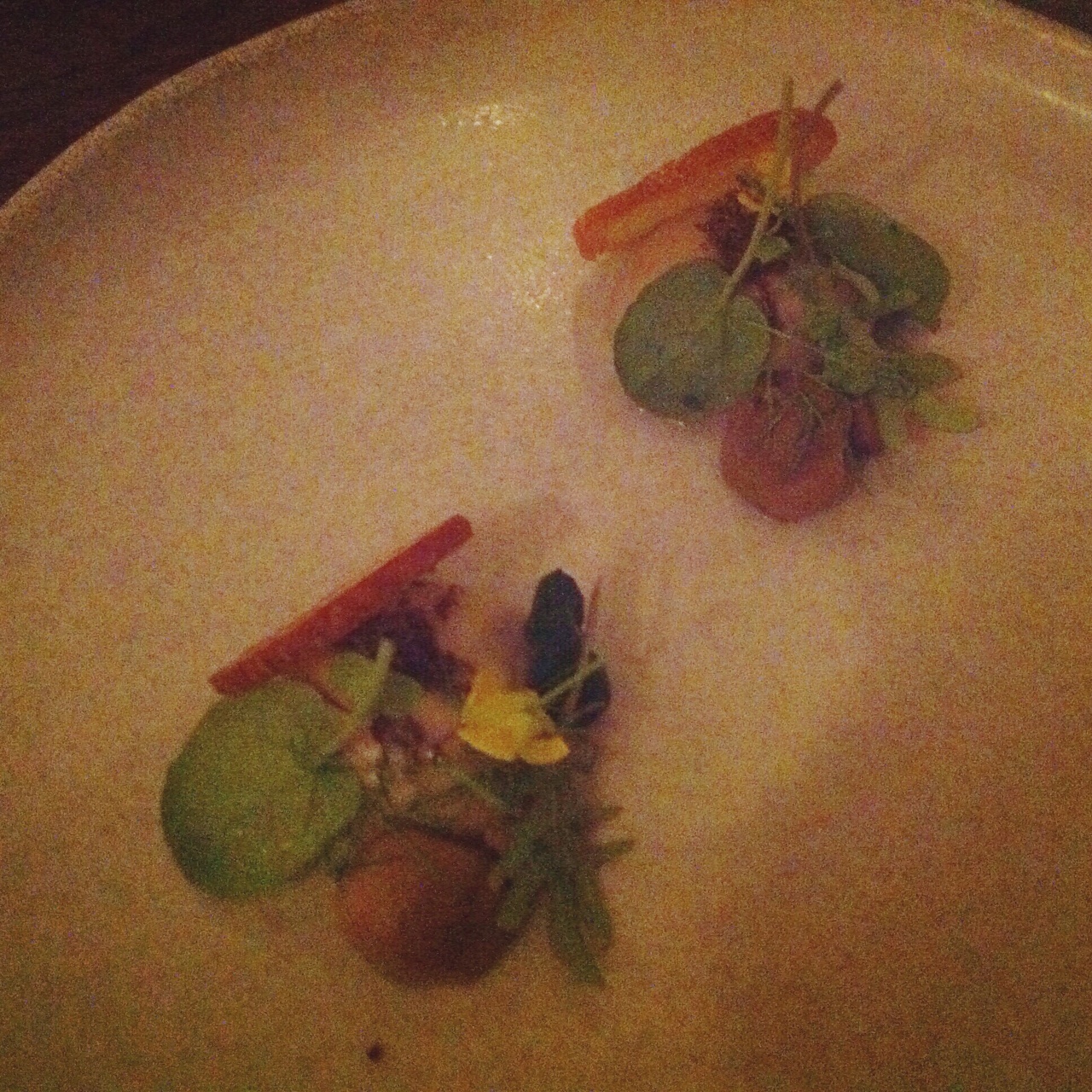 The peppers were fantastic, especially with a splash of lemon juice to brighten it up. If they left the peppers in front of us, John and I would have gobbled these up.

The aged Mahon and smoked Idiazabal in the Spanish platter ($22) were tasty. I enjoyed the fried marcona almonds too. I actually didn’t recognize them as almonds at first! 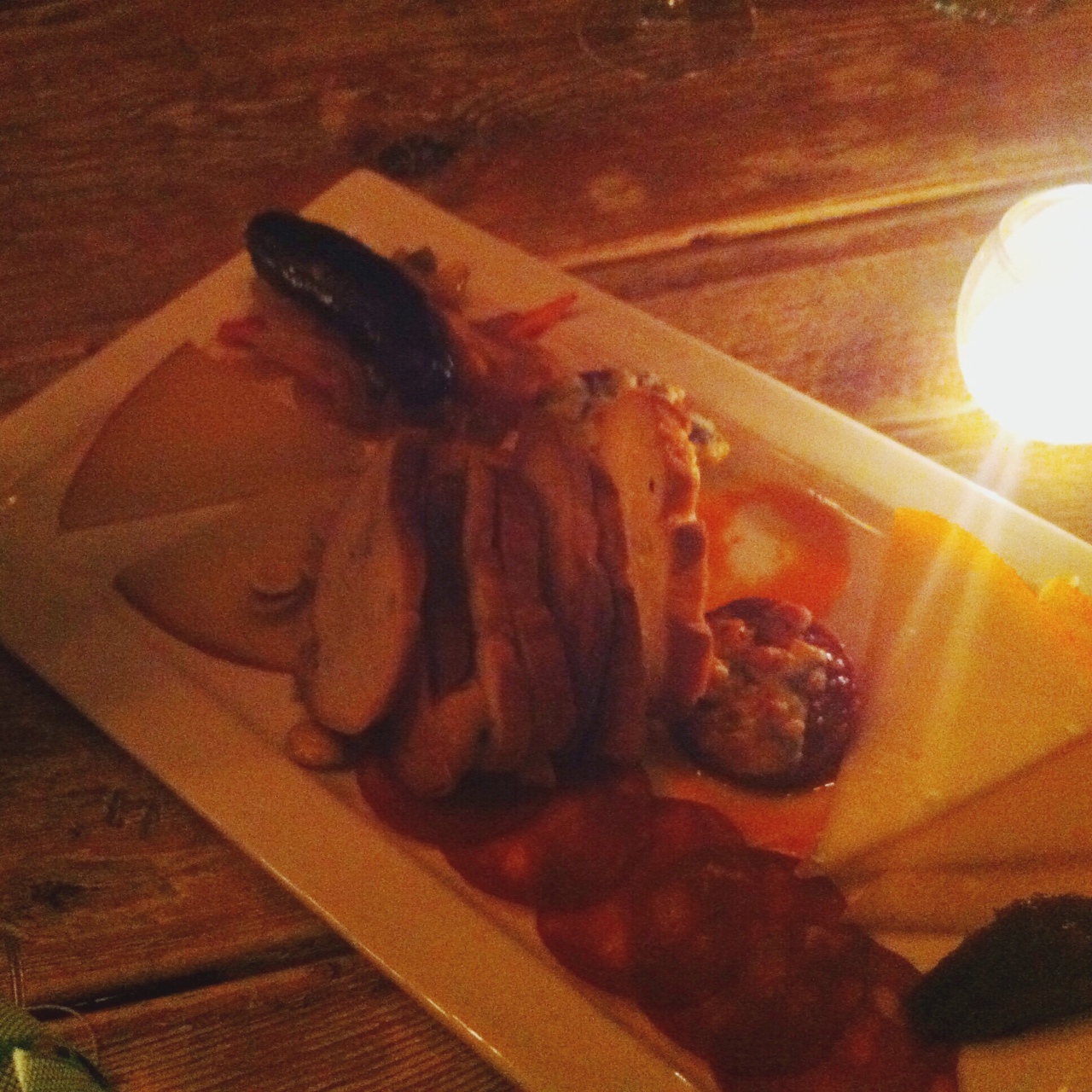 Normally, Fraunces Tavern’s dinner menu just has the one vegetarian entree, the sweet corn and goat cheese ravioli. Liana had checked with the restaurant, and it turns out they can also do an eggplant parmigiana or beet linguine for the chef’s table if you let them know in advance. John ended up just getting a couple sides. The spice rubbed fries ($10) and braised brussels sprouts ($9) both looked decent. 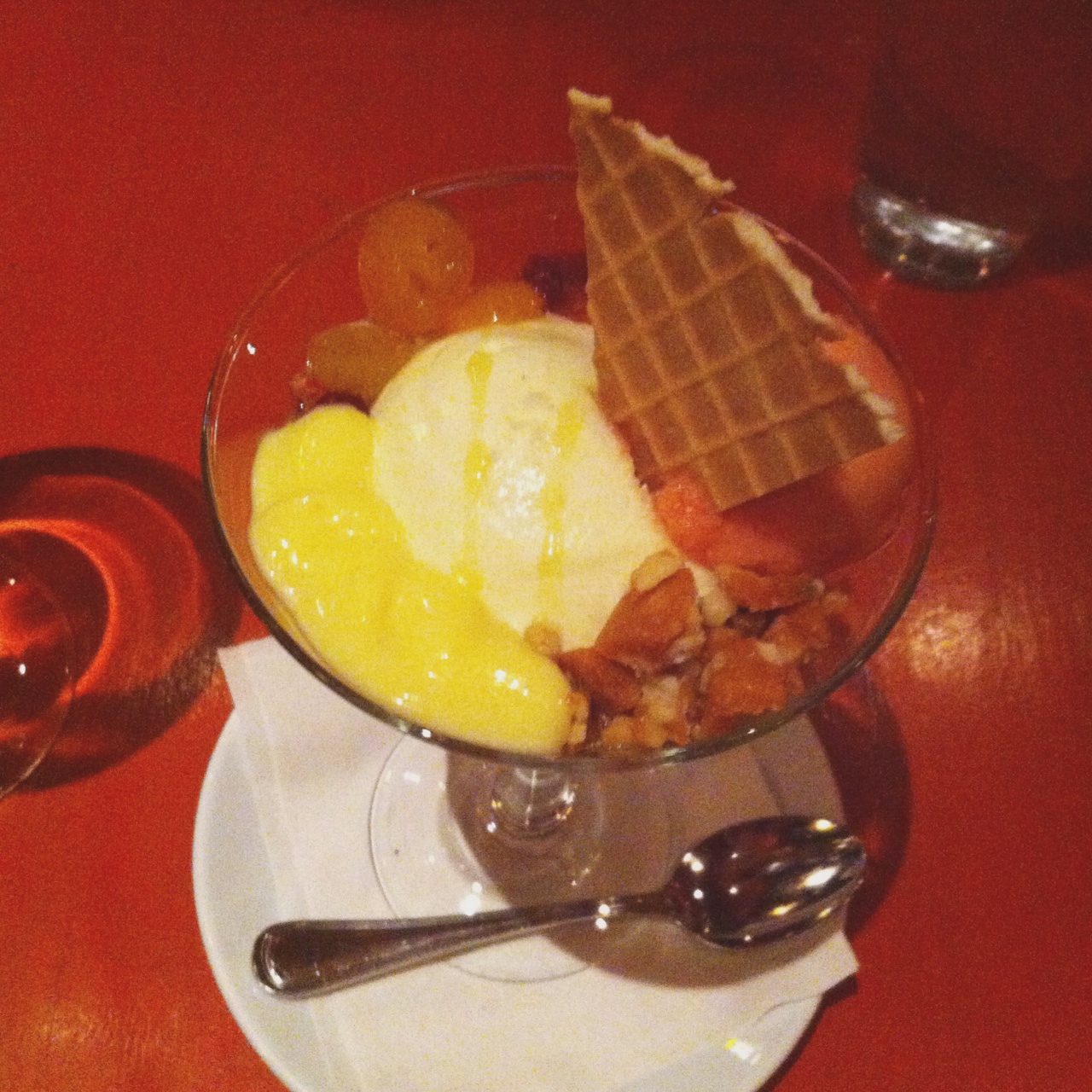 That evening, one of the specials was a cavatelli ($21) with wild mushroom ragu, roasted garlic, pecorino, and walnuts. You can add on an egg yolk for an extra $2, but I decided to leave it as is. Unfortunately, this dish was barely warm when they brought it out. The mushrooms and garlic flavor were nice, and the walnuts added a good texture, but overall, a bit dry for my taste. It needed some sauce to make it a ragu. Maybe adding on the egg yolk would have helped a little? 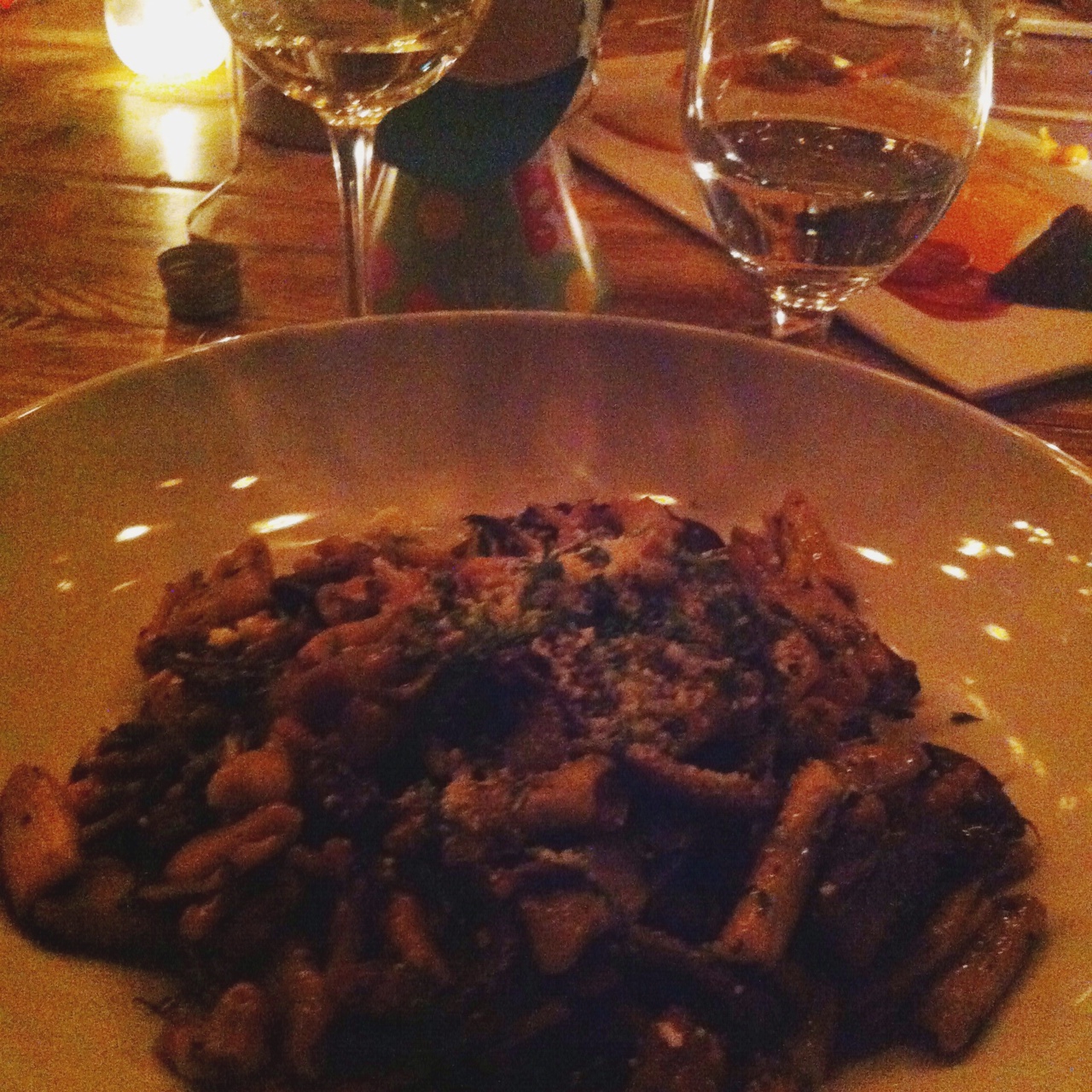 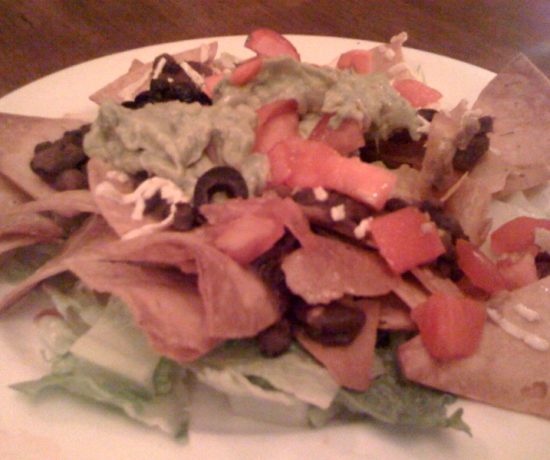 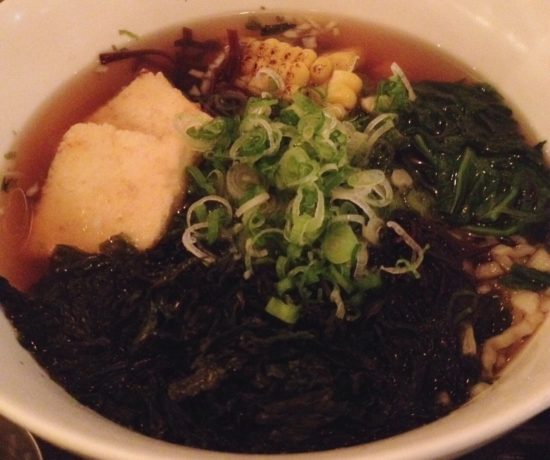