JC came to NYC last week! We made plans to meet on the 7 platform and ride the subway to Flushing together. We got on the 7 going in the wrong direction (oops) and got off one stop later. As we watched the 7 to Flushing zoom away, we decided no Flushing for us, we’ll just go for brunch in Midtown/Hell’s Kitchen. And then things went horribly wrong… JC sprained his ankle as we were rushing across 9th Ave at 47th! Eek. No more brunch for us, we had to take JC to the ER. Manholes in NYC are dangerous!

3 hours and lots of $$$ later, JC was out of the ER with crutches. We headed back to Lower East Side where he was staying. Late lunch at Katz Deli! 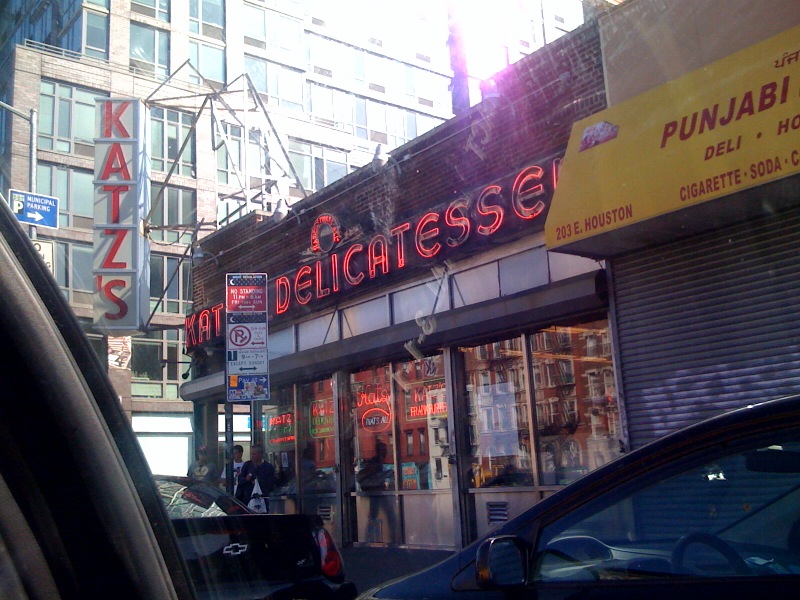 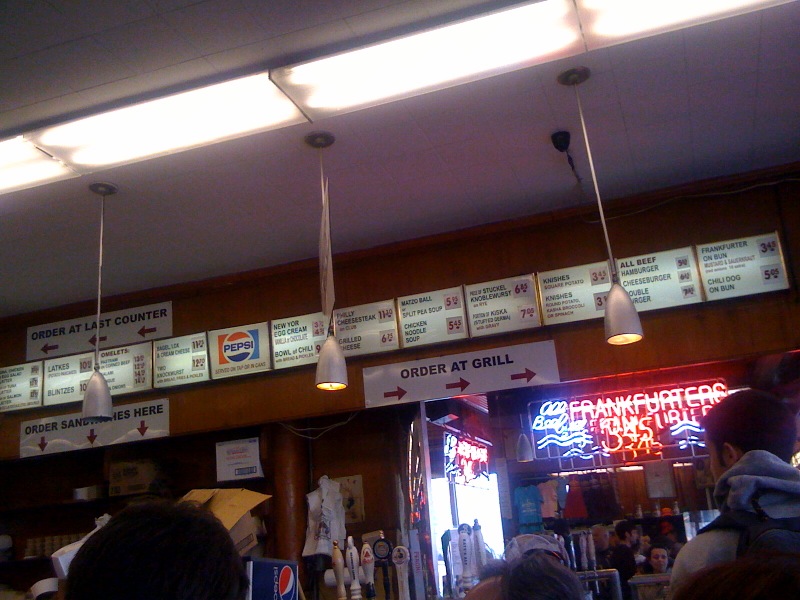 Fairly touristy spot, but I think there were a lot of New Yorkers there as well. And of course, everyone remembers that scene from When Harry Met Sally. Crowded and a bit overwhelming inside. Katz Deli uses a ticket system for payment. Everyone gets a ticket as they enter, and you have to return the ticket when you leave. I’m sure there are many tourists accidentally lose their tickets and get stuck with the $50 fine. Katz Deli tip #1: Keep that ticket in a safe place. Not too safe though. I stored my ticket safely in my purse, and then panicked a little when I couldn’t find it. Hah! 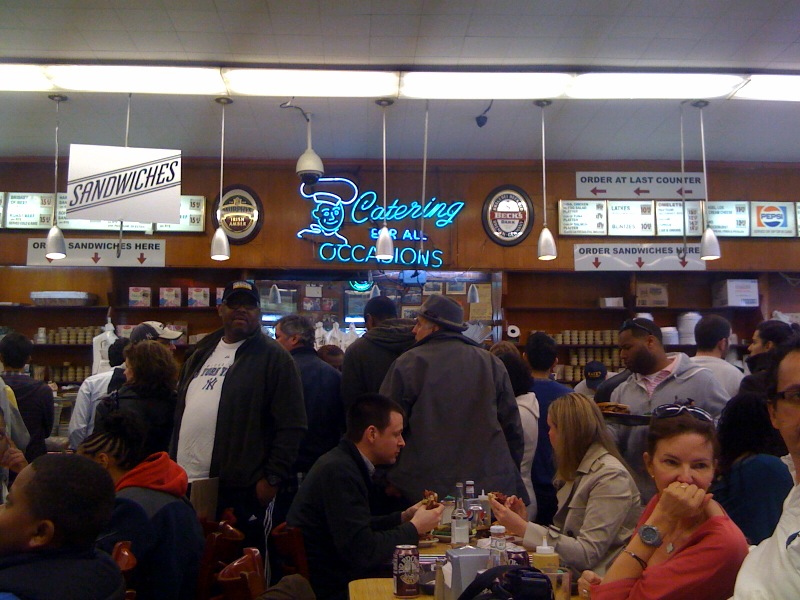 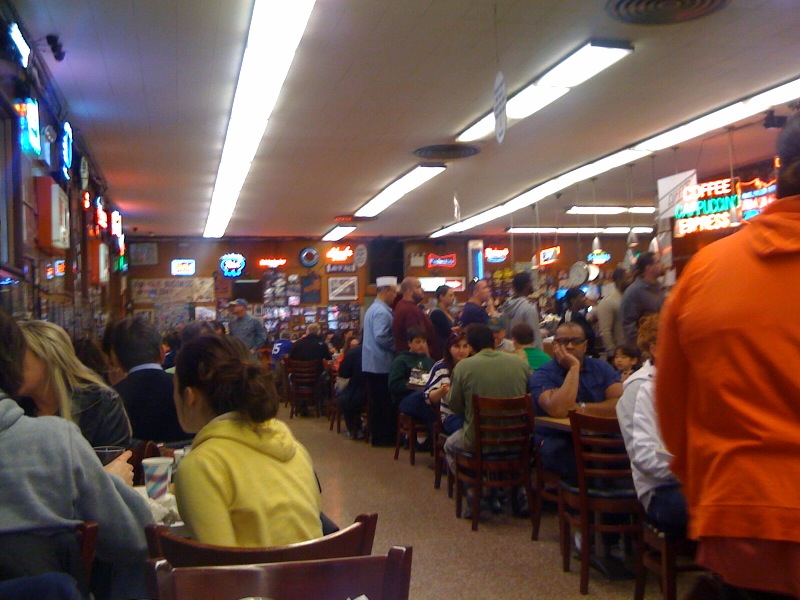 I’ve heard great things about the sandwiches here, but it’s clearly not the place for someone who does not eat beef. Also, why are the sandwiches so expensive? I mean, really? $15 for a sandwich? It can’t be that good… or can it? 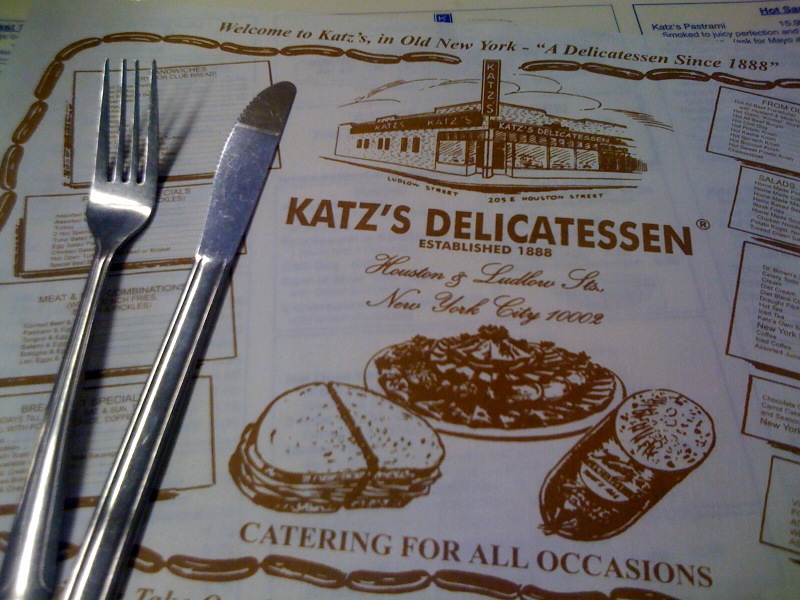 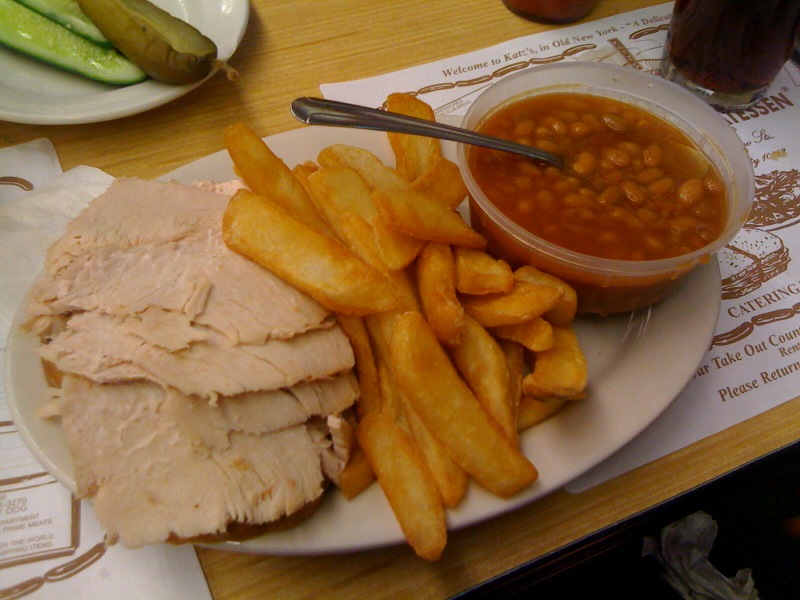 John and I decided to share one of the daily specials: hot open faced turkey sandwich plate ($15.85) with steak fries and beans on the side. Everyone else at the table went with moo moo sandwiches. Okay, so maybe it’s a bit lame to get turkey at a restaurant that is known for its roast beef/brisket/pastrami/etc sandwiches, but the turkey was delish. Tender and light, delicious with gravy. It’s been years since I’ve had turkey! Good stuff, but not worth $15. The steak fries were steak fries. Nice, fatty steak fries. I think I went a little crazy with the ketchup. Umm, and then there were the beans. Beans in a microwavable tupperware. Katz Deli tip #2: Don’t get the beans. Ask for steak fries for both your sides. 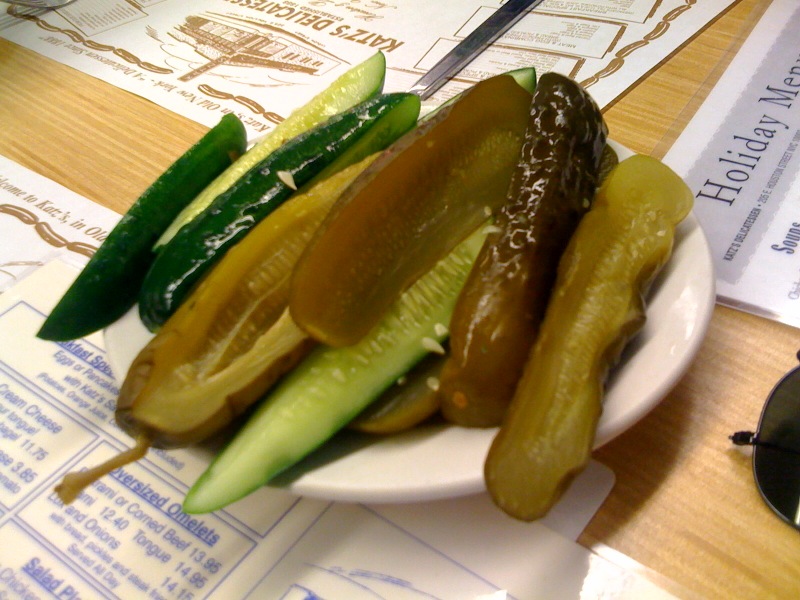 Enough about the overpriced sandwich plate… let’s talk about the pickles. Mmm, PICKLES! John’s a fan of pickles, and after the Katz Deli experience, I’d have to say I am too. Big, juicy pickles. Yes, we ate all of the pickles. All pickled out. 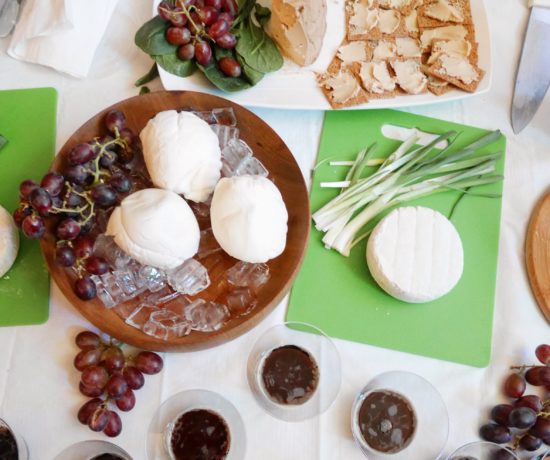 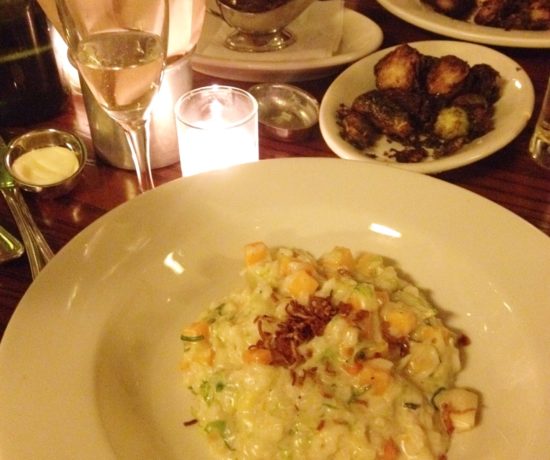 Thanksgiving at The Smith, Midtown East 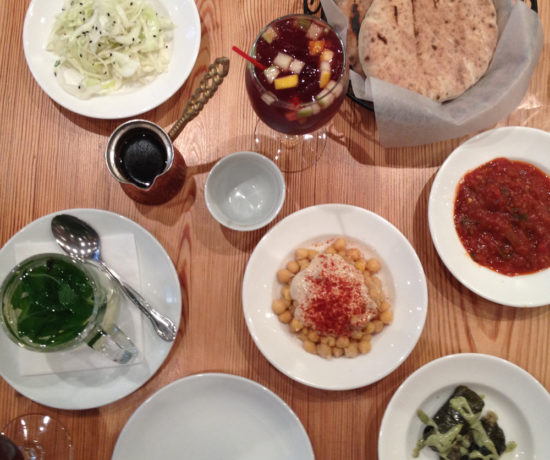