Angela and I went to Rai Rai Ken for our final ramen date of the year. (This was not my final bowl of ramen in 2012 though!) I was a little confused when I arrived at the restaurant as it looked like they were closed! Turns out that they moved from the little hole-in-the-wall space to a more spacious place two stores down. Brightly lit, woody interiors, red accents. Vibrant space for a sit down meal. Unfortunately, the food wasn’t as good as I expected. 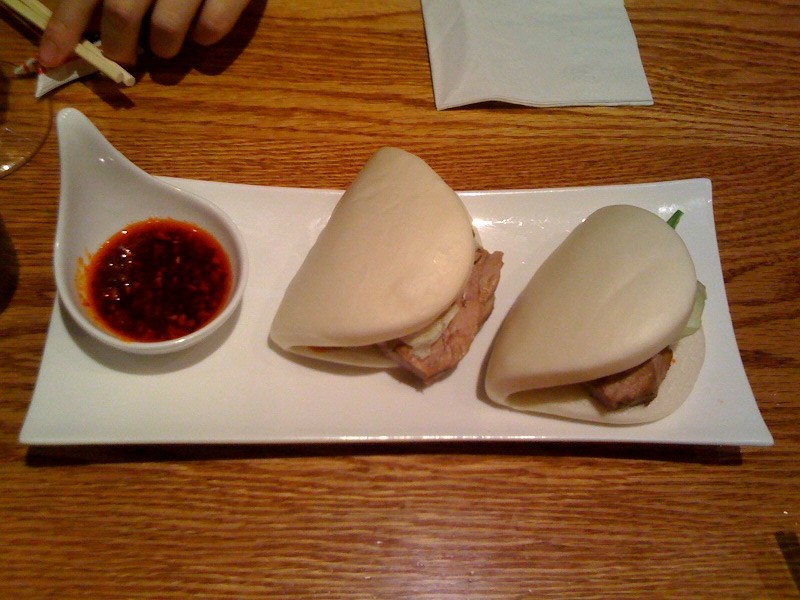 Appetizer #1: Pork Buns ($7.50). Roasted pork belly with lettuce and Hoisin sauce in a steamed bun. The pork was sliced a little too thick. Not enough lettuce, too much sauce. Overall, just meh. Jin Ramen is still the pork bun winner. 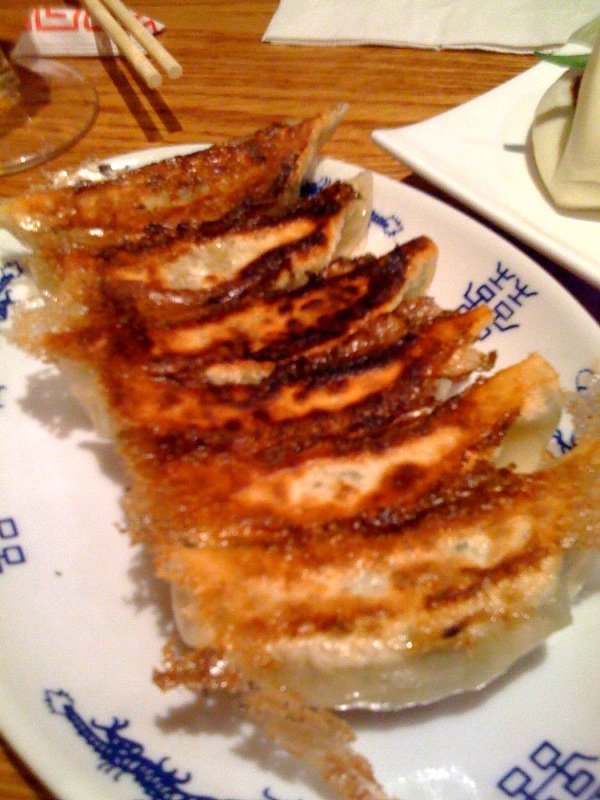 Appetizer #2: Gyoza ($6). When they brought this out, Angela went “Wow, they really don’t care about presentation, huh?” I don’t mind a little crispiness on the skin, but all six pieces had fused together. Seemed a little light on filling. Decent gyoza, not a standout. 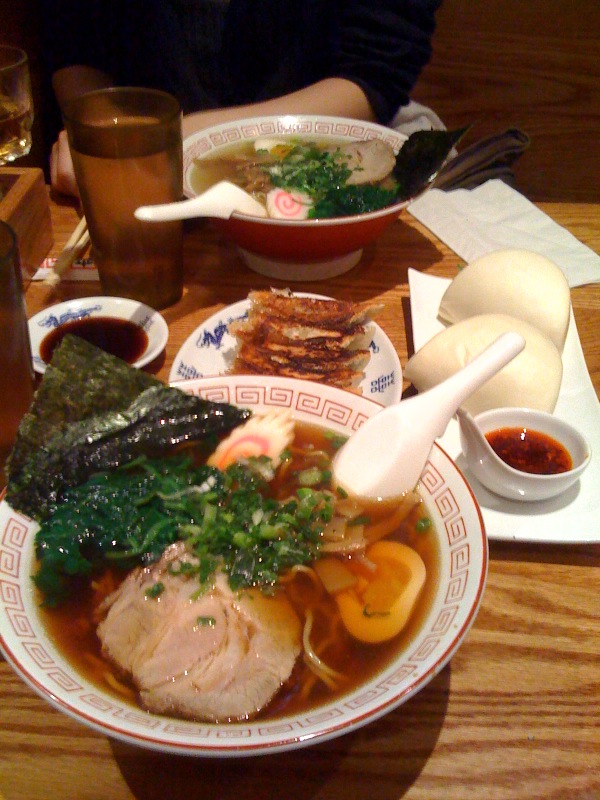 I was a little annoyed that they brought out both appetizers and the ramen at the same time. They mixed up our ramen and ran off before we could say anything. We got stuck playing a little game of ramenya tetris because the table was so tiny.

Rai Rai Ken’s special menu included Lobster Soup Ramen $11). Very intriguing, but we decided to stick to the classics. Shio for Angela, Shoyu for me.

Shoyu Ramen ($9.50): standard noodles, pork and chicken soy sauce based broth, charshu pork, bamboo, egg, spinach, fish cake, seaweed, scallion. The noodles were a little softer than al dente, which I enjoyed. The pork seemed a little bland and fatty (not in a good way). Ehh, I could have done without the pork. Spinach seems to be a more unusual topping, but it worked for me. The bamboo was oddly sweet and too soft. The broth tasted okay. Decent pork, chicken, soy sauce flavors… but it seemed to be lacking a little something to tie the flavors together and bring it to life. 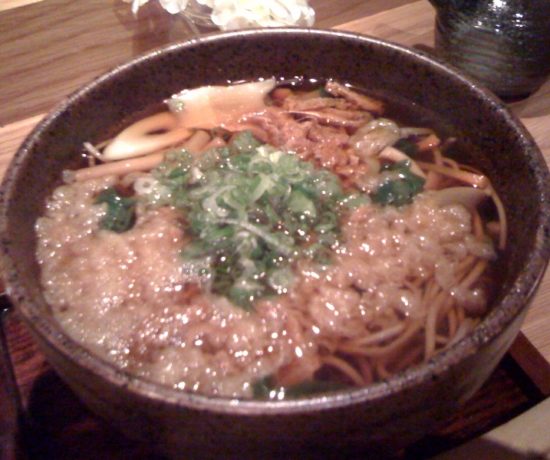 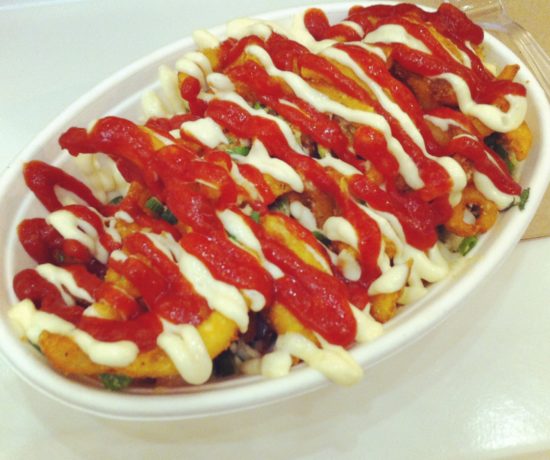 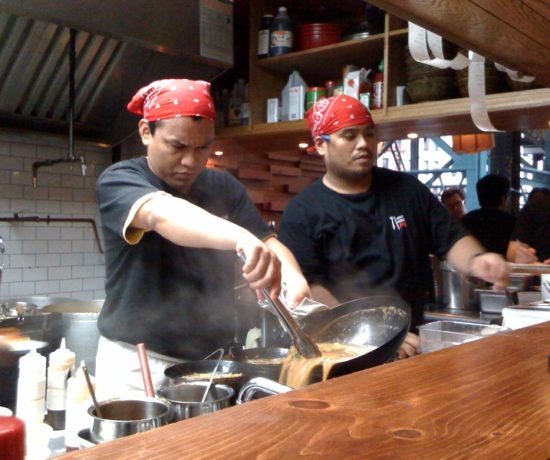