Ippudo. Every ramen fanatic in NYC practically squeals in delight at the slightest mention of this place. Ippudo has a habit of making an appearance in the top 3 of every NYC top ramen list. Whenever I get into a conversation about ramen, (believe me, I somehow find myself in a lot of conversations about ramen), Ippudo always comes up. “Was their ramen as good as Ippudo?” “It was good enough. A decent backup if the line at Ippudo is too long.” “OMG, have you been to Ippudo?! It’s my favorite! *squeal, squeal*”

Uhh, yeah… you get the idea. Ippudo is basically considered King of Ramen in NYC. I was skeptical. Very skeptical. Too much hype, and $14+ for a bowl of ramen seems a little steep. BUT, I had to try it. My ramen quest would not be complete with at least one Ippudo experience.

My first attempt at going to Ippudo was a disaster. Angela, Danny and I foolishly made plans to go there for dinner. Horrified by the 3 hour wait (on a Tuesday, too!), we went to Setagaya instead. Lesson learned. Shortly after returning from Boston, my sister stayed with us for a little over a week. After some awful ramen at a sushi place in Boston, I promised her that we would get some of the good stuff in NYC. And we were going to be smart. 3 hour waits are not acceptable.

Ippudo opens at 11am. We got there at 10:45am, and there was already a line! There were at most 8 tables before us. Not bad… all we had to do was wait for them to open. I sensed a lot of excitement from everyone waiting in line.

Sure enough, Ippudo opened exactly at 11am. On the dot. Seated by 11:05am. At this point, I was incredibly pleased with myself. I was practically having a sinister Montgomery Burns “Excellent…” moment. People will wait hours to eat here. We showed up right before lunch and were seated almost immediately. Hah!

A huge part of what makes Ippudo so appealing is the interior. Not only is it one of the larger ramen places, it’s got some great decor. From the wall of ramen bowls and ramen countertops to the woody interior and bamboo tree, this place is charming. Really lovely space to enjoy a bowl of piping hot ramen. This is not your typical quickie ramen spot. 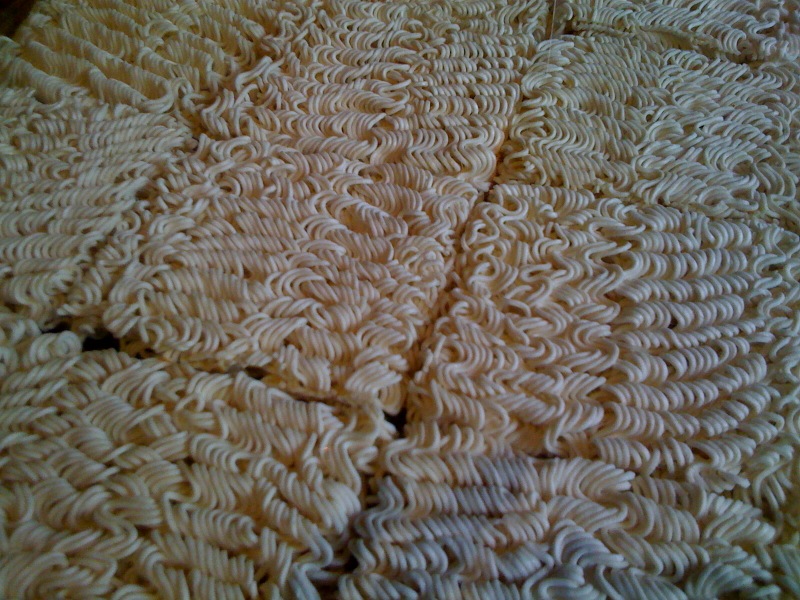 On to the food. We had already browsed the menu online ahead of time, but still had to spend a little while staring at the menu. Tough choices! 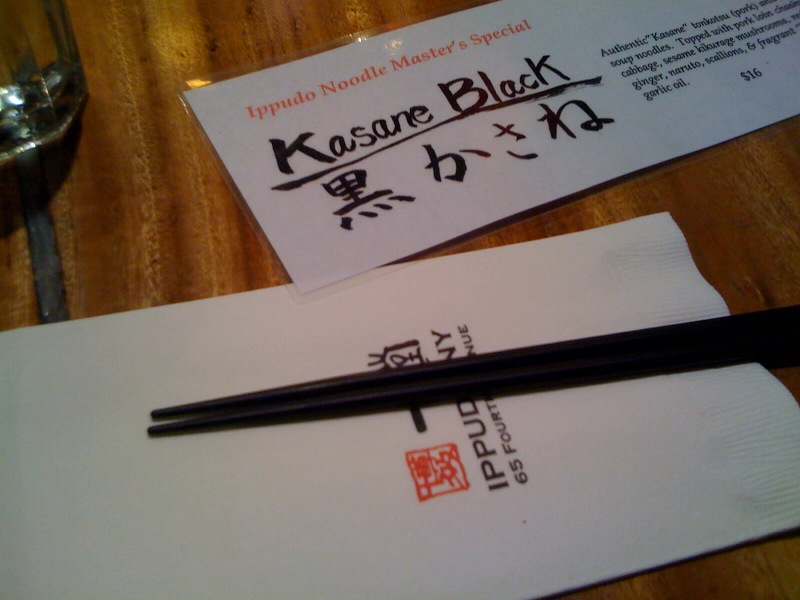 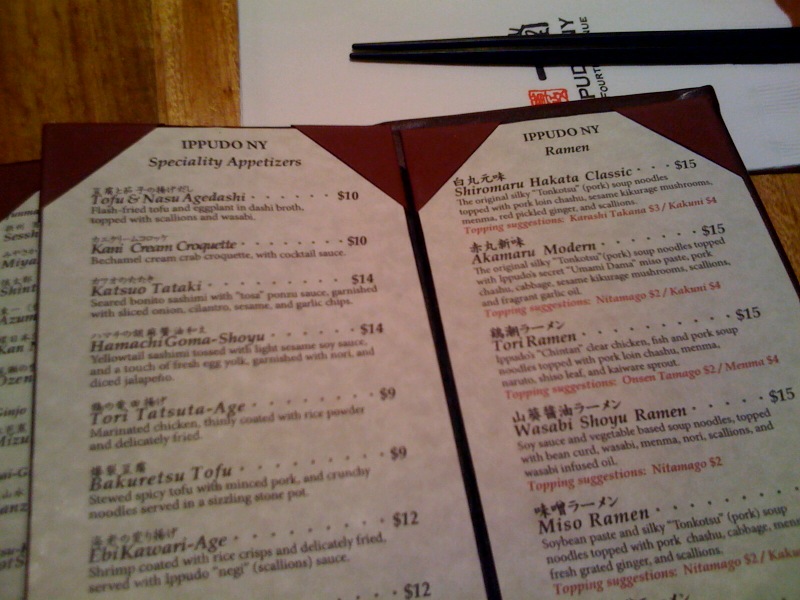 We ordered the Hirata Pork Buns as an appetizer. “Steamed buns filled with your choice of pork or chicken, served with Ippudo’s original spicy buns sauce.” At $9, this was a splurge. Each bun is $4.50. Each bun has about 4 bites. That’s more than $1 a bite. Geez. Tastewise, these babies hit the spot. Light, fluffy buns. Tender pork with plenty of sauce. Did I enjoy them? Yes. Will I get this ever again? No. They were good, but plenty of other places offer the same thing at a better price.

My sister, Wen, ordered the Akamura Modern ($14). “The original silky “Tonkotsu” (pork) soup noodles topped with Ippudo’s secret “Umami Dama” miso paste, pork chashu, cabbage, sesame kikurage mushrooms, scallions, and fragrant garlic oil.” Honestly, I was a little jealous when I saw her bowl of ramen! At first glance, the Modern looked more enticing than what I ordered. I am such a sucker for garlic oil – look at it! 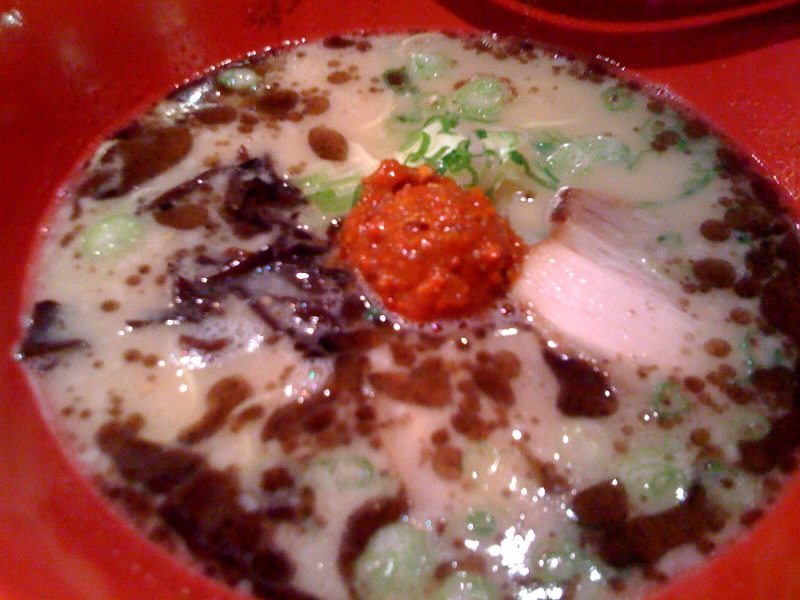 Mix it all up to get the secret “Umami Dama” miso paste in there. I tried some of the Modern broth. It was incredible. It had a garlic flavor, much like Hide-Chan‘s black garlic broth, but it was more refined and less salty. Wen seemed to really like the broth as well, but she didn’t finish it. She was too full from the noodles. 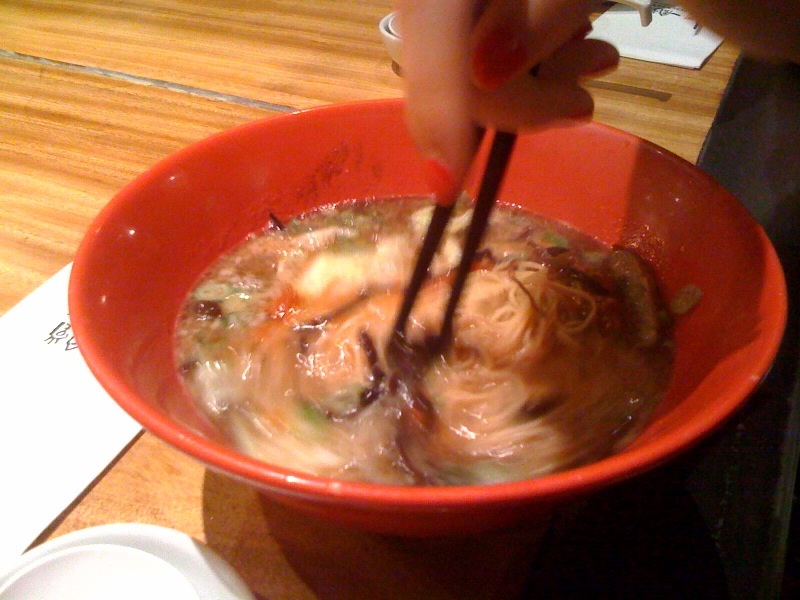 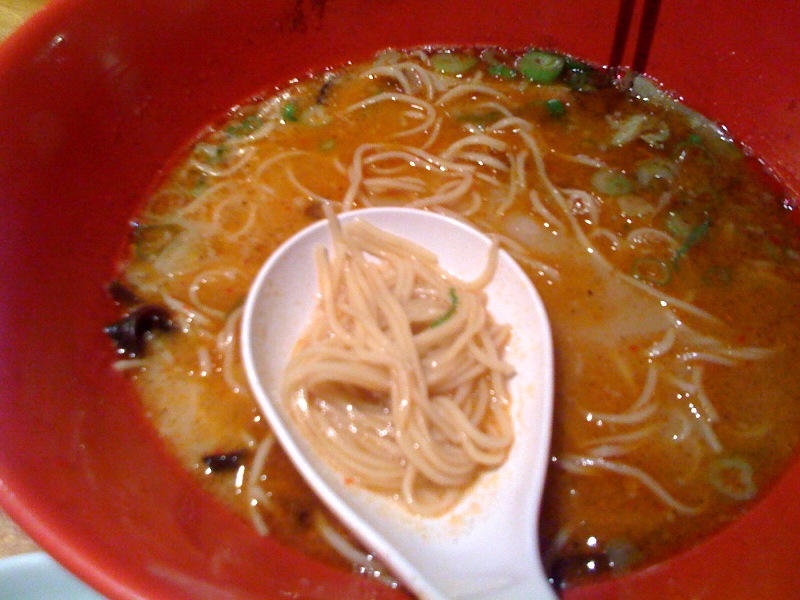 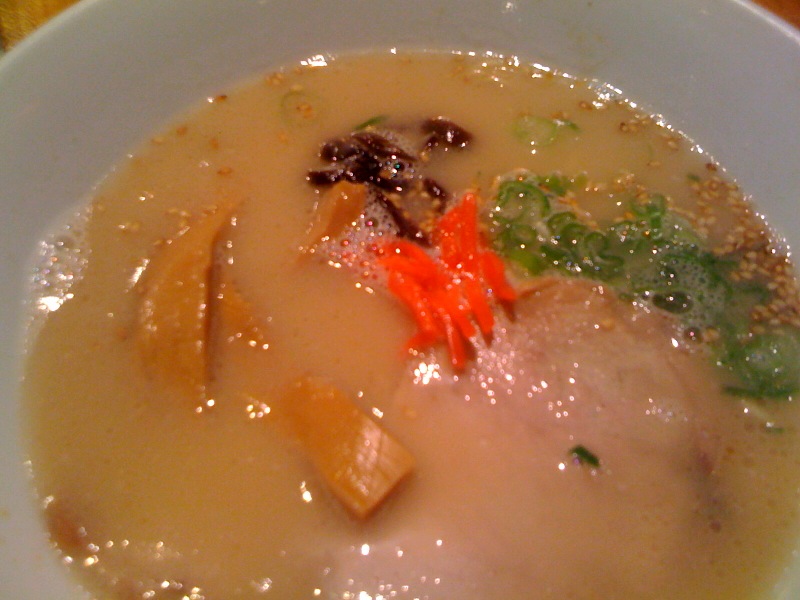 Sure, I was jealous of Wen’s Modern, but the Classic hit the spot. Perfect noodles – thin, tender, but bouncy. Fresh scallions. The red pickled ginger was the most distinctive part. It’s subtle, but every once in a while, you get a sharp kick of ginger. So far, I haven’t had any other ramen in NYC with that kick of ginger. 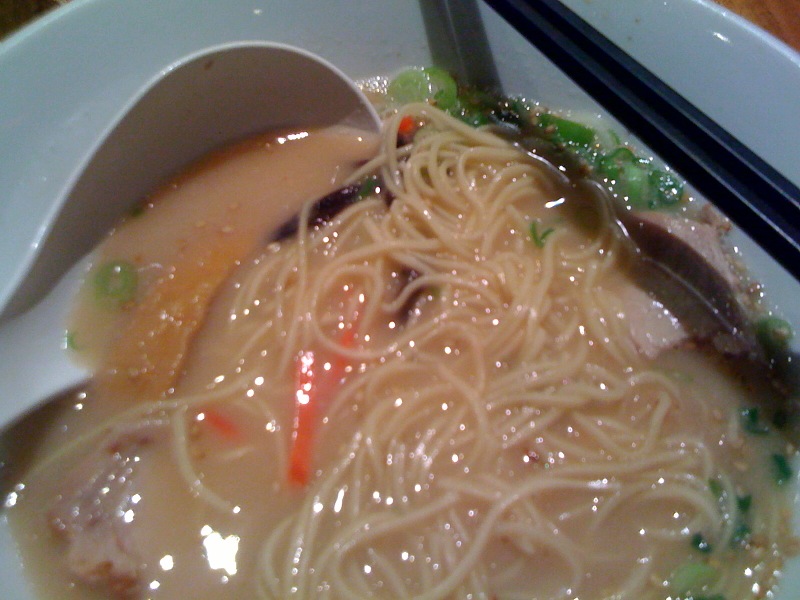 The broth was light, but very flavorful… or should I say filled with porky goodness? I wouldn’t say it’s silky/velvety though. If it were a tad bit richer/heavier, it would qualify as silky. I have to admit that I wasn’t super crazy about was the pork loin charshu. Tender, but a little dry. It wasn’t flavorless, but a little boring on the taste buds. Meanwhile, the pork belly charshu in Wen’s ramen looked amazing, like drool worthy amazing. I cannot believe she was picking out the fatty parts! What!? But, but, but… that’s the yummy stuff that melts in your mouth! Note to self: never get ramen with pork loin charshu. Always opt for pork belly charshu. Mmm, fatty pork belly.

Ippudo gets bonus points for speedy and attentive service. At times, they were a little too speedy though. The moment the last mouthful of a pork bun touched my mouth, the plate was whisked away ASAP. The wait staff kept hovering around us, constantly peeking to see if we had put down our chopsticks and stopped eating. I guess they want to get people in and out as fast as possible, but it’s a little annoying. We were done eating by 11:30am. By the time we left the restaurant (around 11:45am), the waiting area was crowded with people. Who knows how long they would have to wait for a table.

So, how does Ippudo compare to the others? Long wait during regular dinner hours. Incredibly popular, essentially a ramen rockstar here in NYC. Legit pork buns, delicious ramen. Flavorful, distinctive, refined. Ramen is Japanese comfort food, and Ippudo transforms it into a casual, but fairly nice meal. Ippudo ranks high on my pork goodness scale, but it’s very well done. You’re not going to be overwhelmed by it. Hide-Chan and Minca, while they are certainly delicious, they run the risk of overwhelming your palate with their extra rich broths. I was skeptical of Ippudo because of all the hype. However, this visit placed Ippudo at the top of my ramen list. Momofuku has just as much hype, but does not come anywhere close to Ippudo. To be fair, Momofuku was the first ramen place I tried in NYC. Perhaps my ramen palate was not as developed then. (OMG, I can’t believe I’m writing about my palate. Such food snobbery. Hah!) Ippduo, I officially dub thee King of Ramen*. I’ll be back. I promise.

*I’d like to point out that shortly after this Ippudo visit, I tried another ramen place that wowed me even more and stole the King of Ramen title. More on that later… 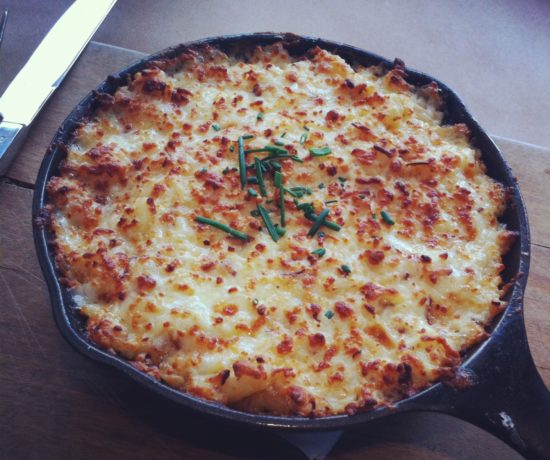 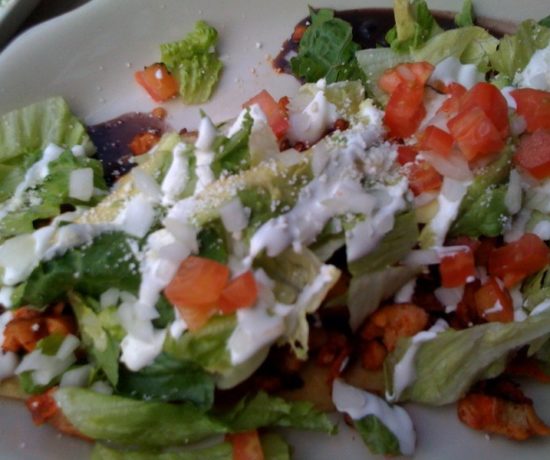