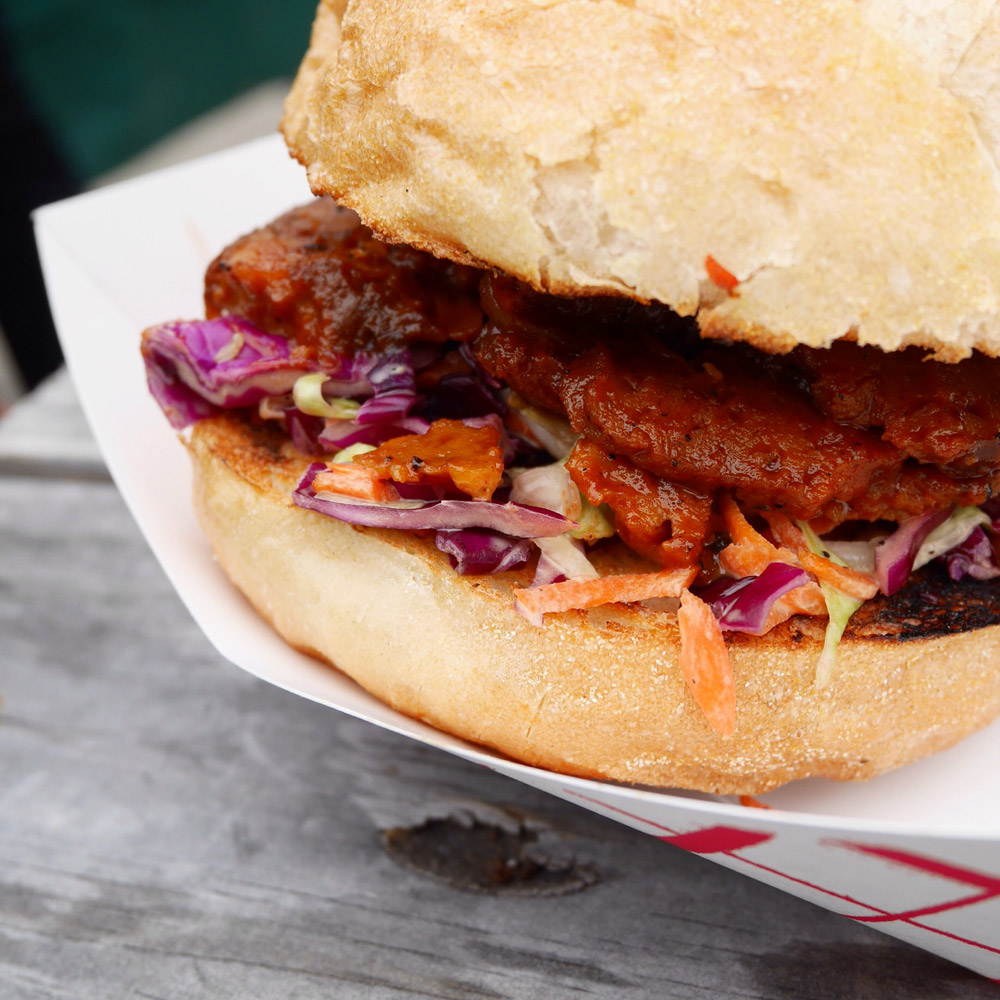 I don’t know about you, but I’ve always had a love/hate relationship with Smorgasburg. It’s the most popular food market in NYC, and the crowds will test even the most patient person. On top of that, with all the meat heavy and dairy-ful options at Smorgasburg, it’s not exactly a happy vegan land. It’s gotten more vegan friendly over time though! Lots of Smorg vendors now have a vegan/vegetarian option on the menu, but I’m here to talk about my favorite all vegan vendor: Monk’s Meats.

2016 seems to be the year of vegan BBQ and vegan butcher shops. There are only a handful of them across the country, but they’re gaining in popularity and hitting the foodie news regularly. In NYC, the vegan BBQ scene is lead by Monk’s Meats, a Brooklyn-based team that makes seitan from scratch, then smokes and grills the seitan like you would like traditional meats. Their market menu features burgers and sliders, but keep an eye on social media for specials.

You can catch Monk’s Meats at Smorgasburg on weekends, and they’ll be moving to the indoor market in November. You can also find them at vegan popups and events. This summer, they earned a well deserved 2016 People’s Choice in the Vegan category of the Vendy Awards. THIS JUST IN, FOLKS! Yesterday, Monk’s Meats launched a Kickstarter to help make Monk’s Vegan Delicatessen & Kitchen a reality. Fingers crossed, hope there will be a Monk’s brick and mortar next time I’m in NYC! 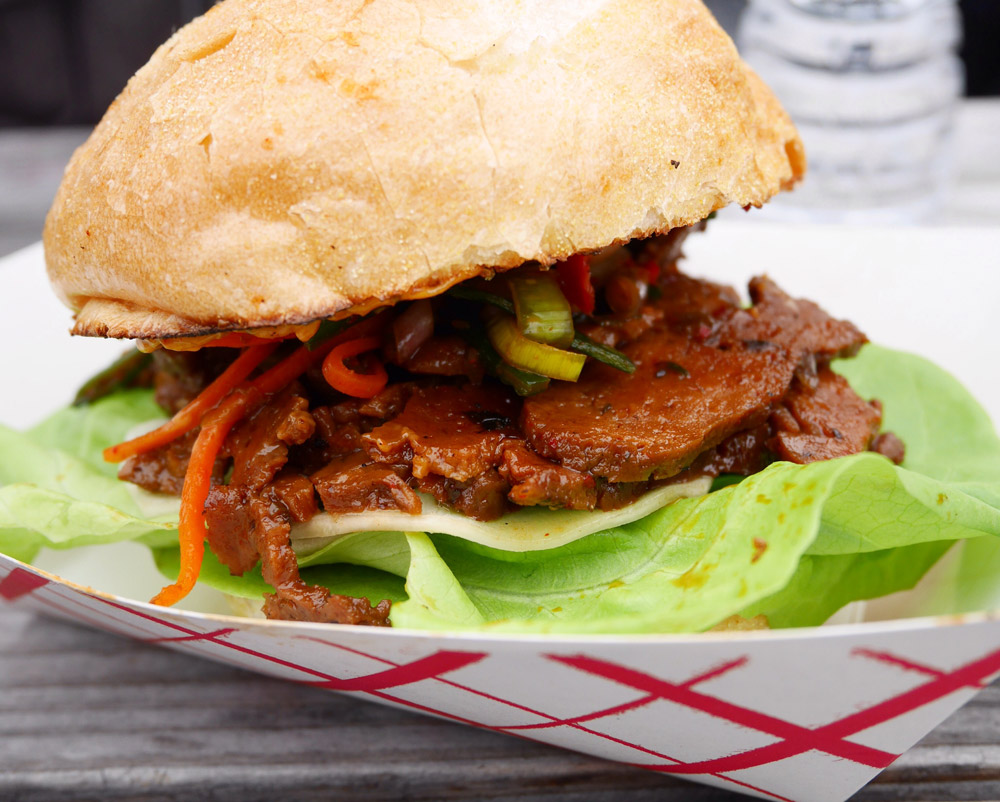 In this post, I’m focusing on the two burgers I tried on my last visit to Smorgasburg. Out of the four options on the menu, I was most excited about the bulgogi seitan burger ($10). Surprisingly, this is the first time I’ve seen someone take seitan down the bulgogi route. Thinly sliced, nicely seared, juicy seitan packed with flavor. The gochujang mayo is tasty, and the kimchi and pickled daikon are refreshing toppings. The burger fillings are definitely a knockout. 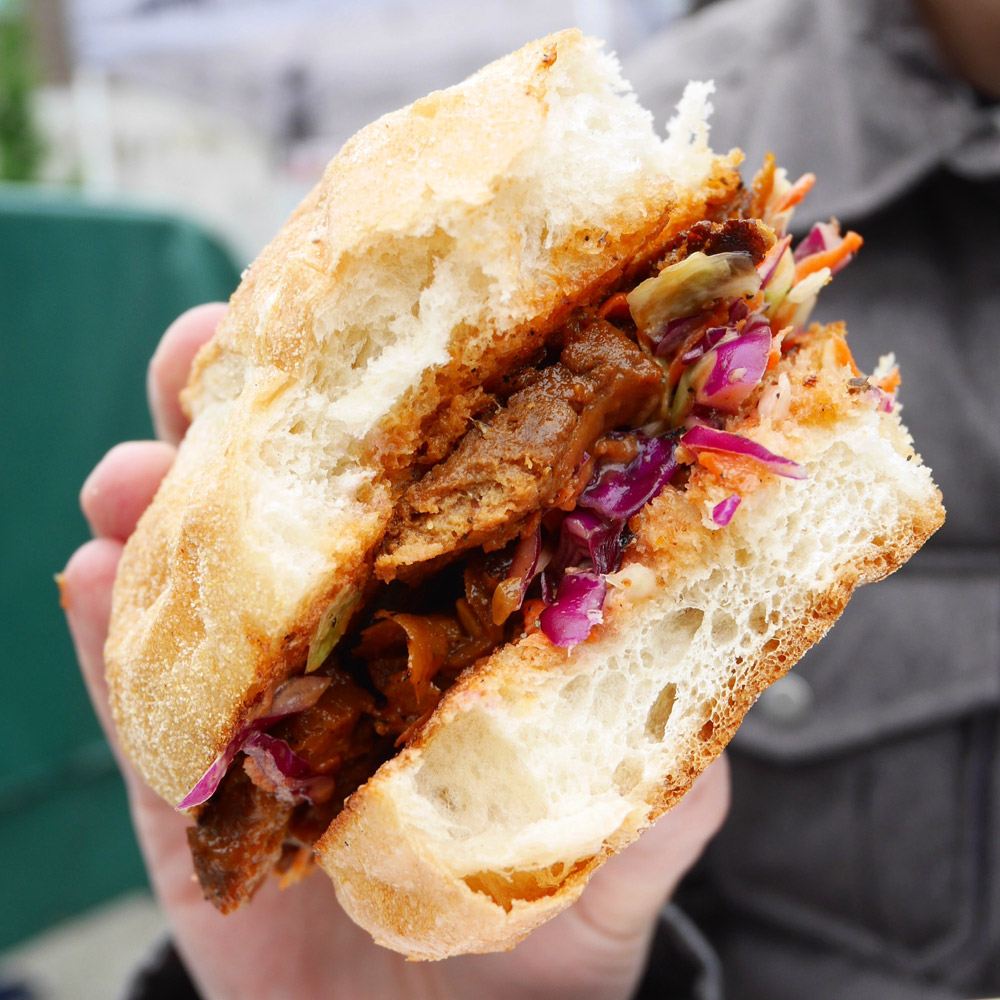 Our other pick, the BBQ Seitan burger ($10), was made for BBQ lovers. This one features mesquite smoked seitan slices with maple BBQ, cabbage slaw, and whiskey sour pickle discs. Another great combo of satisfying flavors, and the seitan had the meaty texture.

In both burgers, the seitan is clearly the star of the show. The veggie accompaniments are enjoyable, but the tuscan roll is pretty hefty. Just a matter of personal preference… I’m not a big bread person even though I love other carbs. Probably should have gotten sliders instead, but sliders wouldn’t look as impressive in this photo below, right? 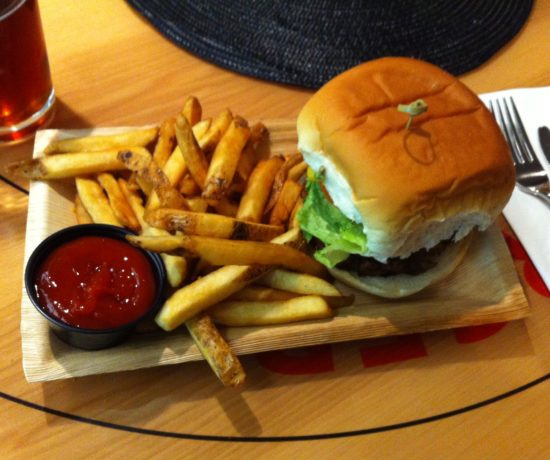 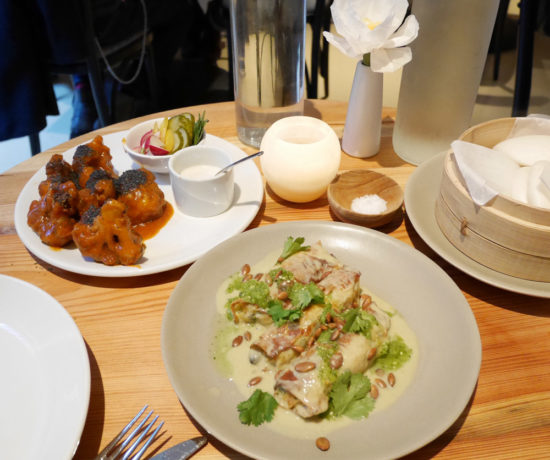 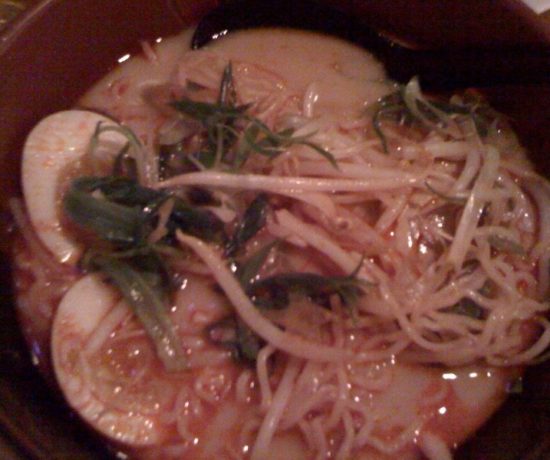