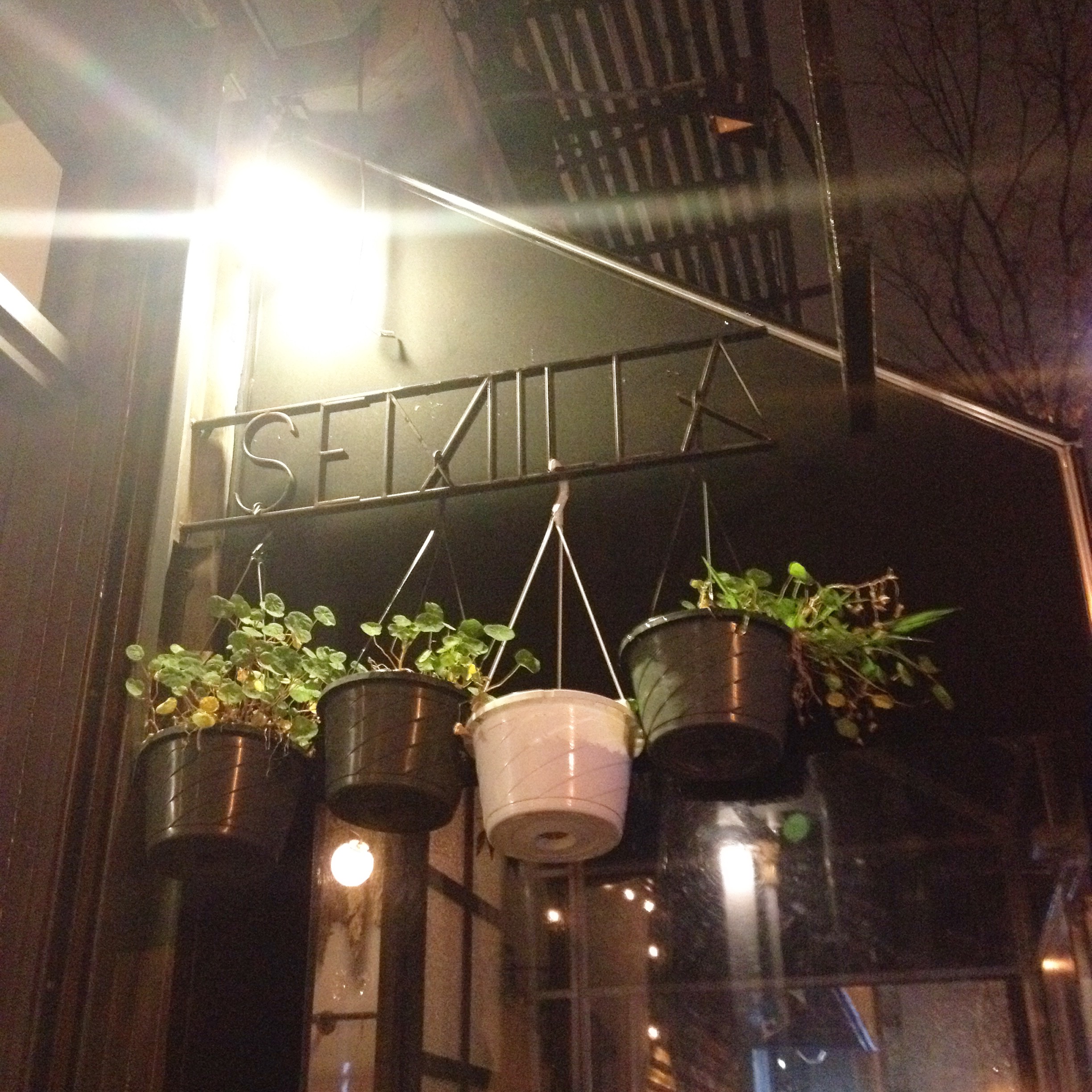 Earlier this month, I visited Semilla to try their vegetable focused tasting menu. This place has been on my radar for a long time, but it’s not easy to find people wiling to drop $85 for dinner, let alone a veggie focused tasting menu. Even with the Michelin star! I finally had a chance to dine here with Jay of the Dishelin Guide and fellow foodie adventurer Ling. Hurray for omivores who appreciate a good veggie meal!

Located in Williamsburg, Semilla is cozy, laid back, and intimate. The U-shaped communal table only seats 18 people, and a party of four is the max that they’ll accept. They do use some meat and seafood, but they’re the supporting cast in this tale of the vegetables. One interesting thing about dining here is that they’ll present each dish as it’s served, but you won’t see a copy of the menu until after your visit. Oh, and the restroom has a little surprise that might make some people a little uncomfortable. 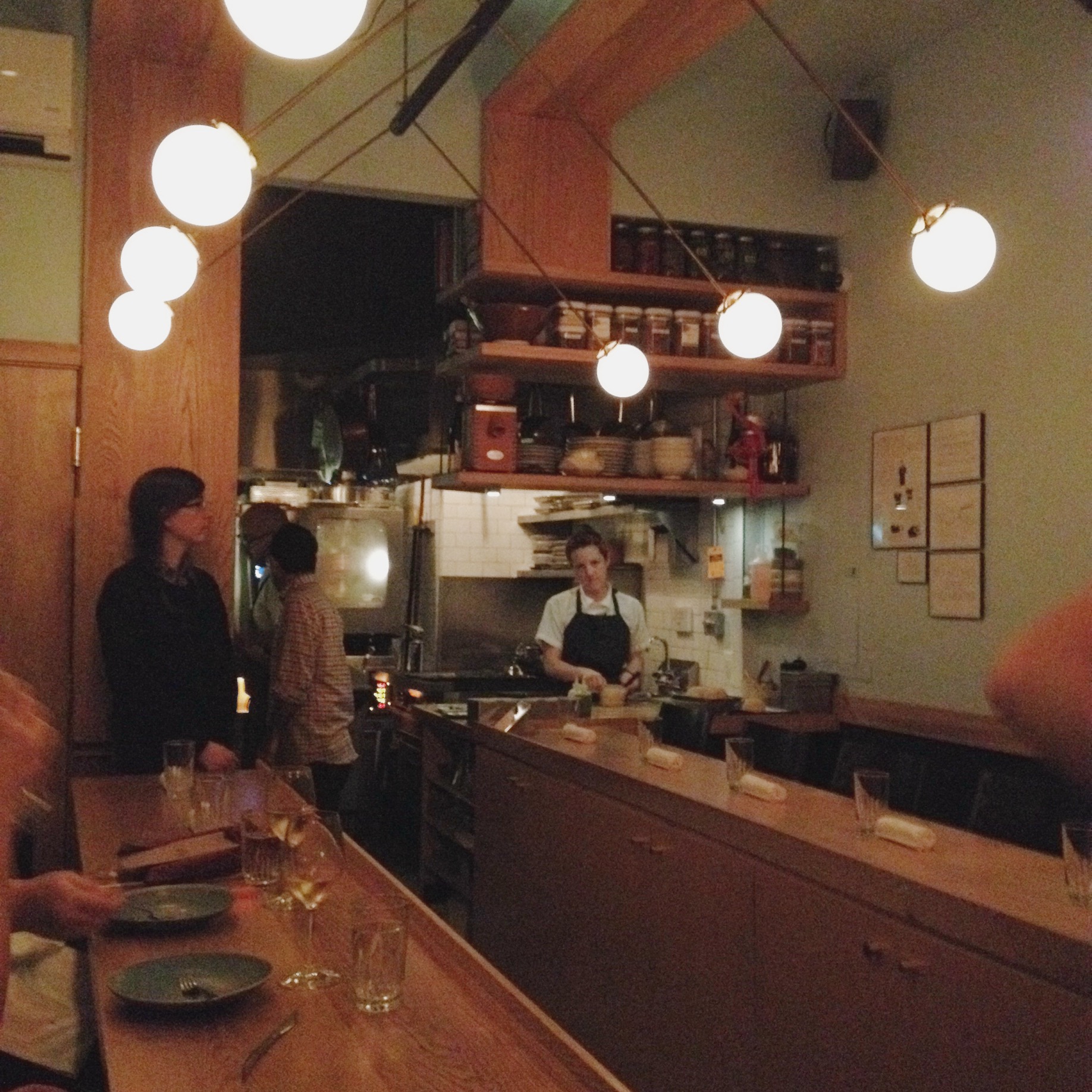 I normally take all on my food photos on my trusty iPhone, which doesn’t fare so well in low light conditions. Thank you to Jay for being a responsible food blogger and bringing a real camera and for sharing food photos with me. All the lovely photos below are his.

First up, the BBQ sunchoke bun served in a bamboo steamer. There was some confusion re this dish and whether or not it contained meat. Only two of this dish were served to our party of three, so maybe it had some traces of meat in there. I did not taste this one. 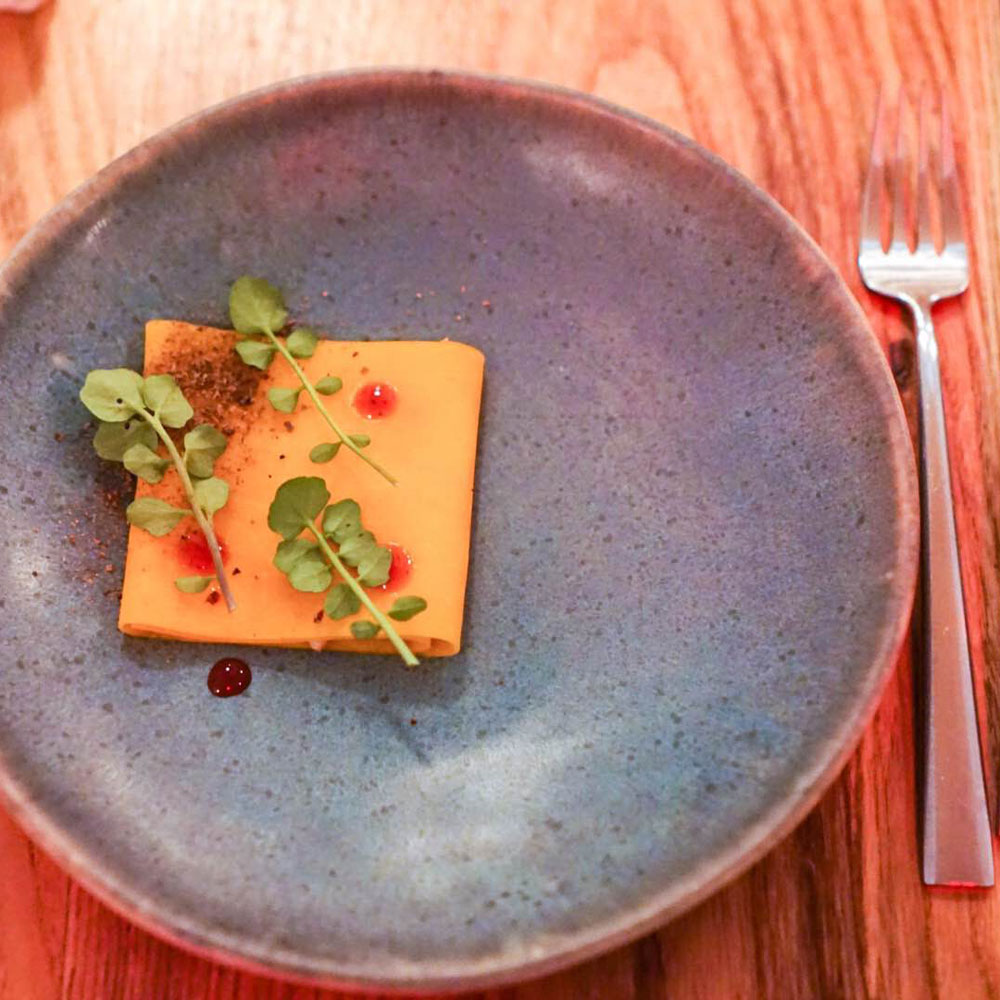 Next up was the butternut squash, which was pretty and all that, but underwhelming. The pickled quince didn’t do much for it, and my meatless version didn’t have anything replacing the pancetta. Apparently the pancetta didn’t add much flavor either.

Harvest barbecue are the two words that come to mind when I think of the roasted celeriac with apple and broccoli rabe leaves. The flavors in this dish were much more intense than you would expect from roasting. 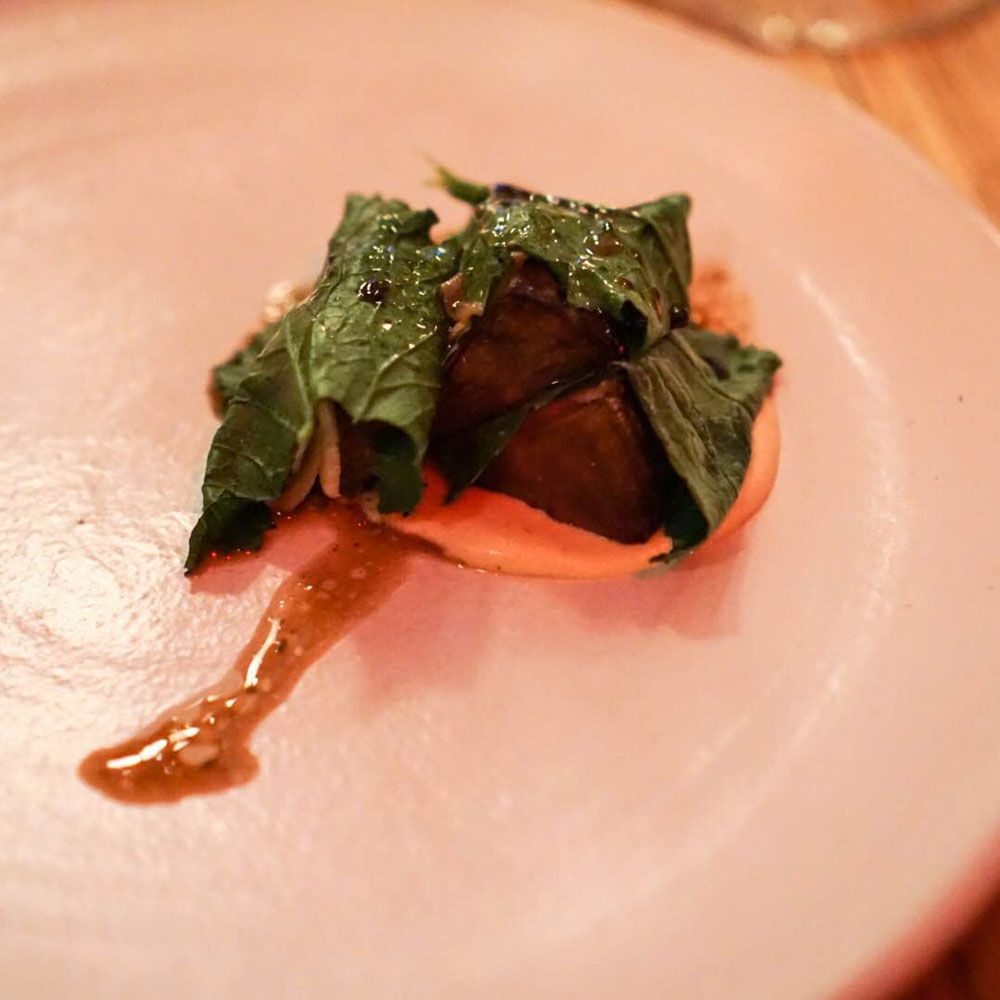 And then they brought out the sourdough bread with Cowbella butter and buttermilk! Perfectly crusty with nice soft centers. When you spread the butter on the bread, it soaks right in as if it were baked into the bread. I felt like some kind of weird food pervert as I was ooh-ing and ahh-ing over the bread and butter. 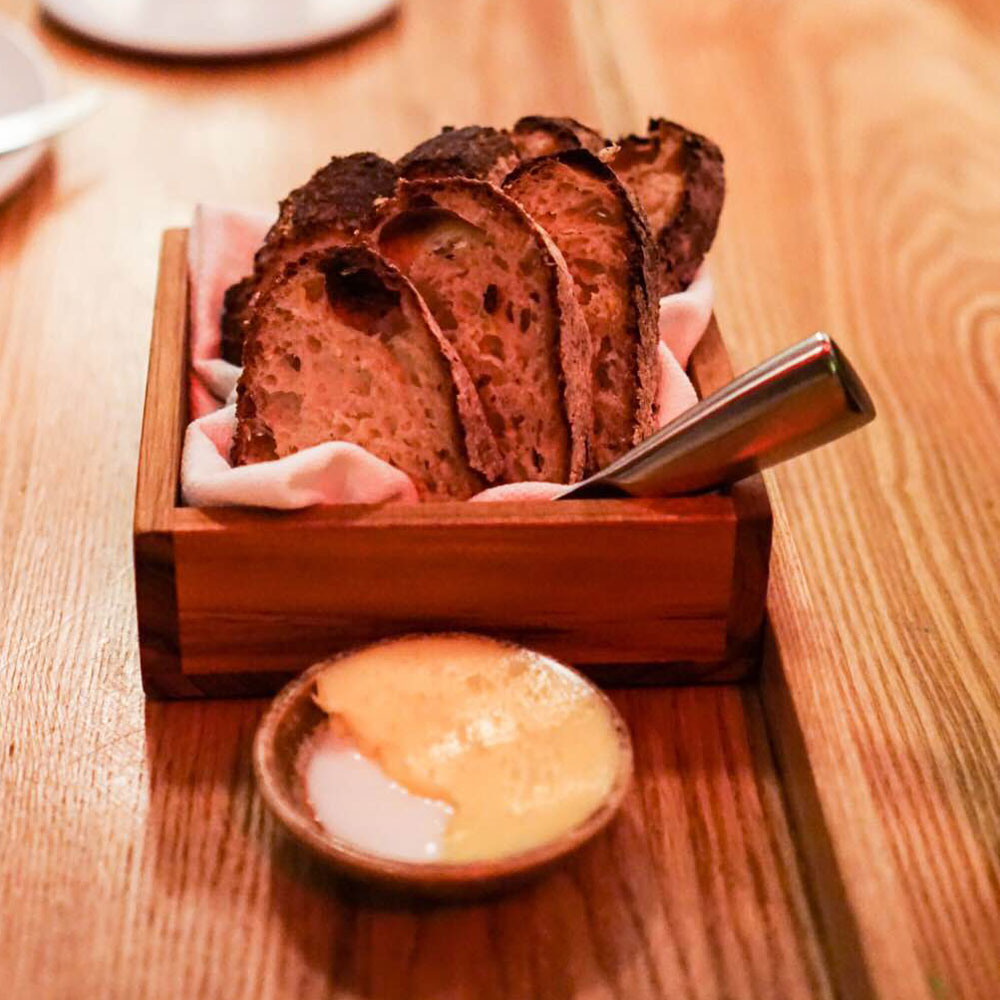 I had a feeling that spaghetti squash would make an appearance on this tasting menu. It was served “alla puttanesca” with the most yummy pickled capers. So fun to twirl it on your fork, and it has a great salty bite thanks to those capers. Whoever says spaghetti squash is boring needs to try this ASAP! 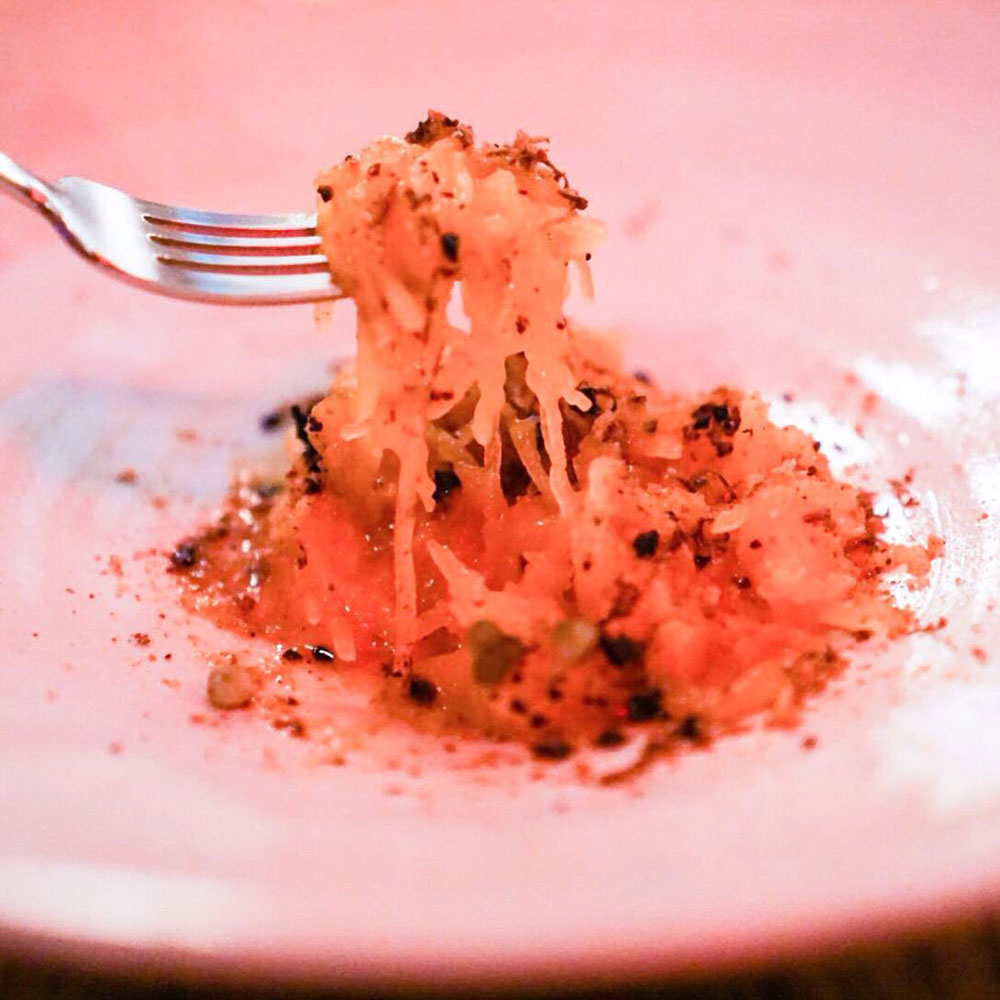 Next up is one of my favorites: a cabbage roll stuffed with more cabbage with tasty pickled green tomatoes and sunflower seeds. No, it doesn’t have that stinky cabbage smell at all! The omnivore’s version included lamb, but even without it, it was quite the party in your mouth. 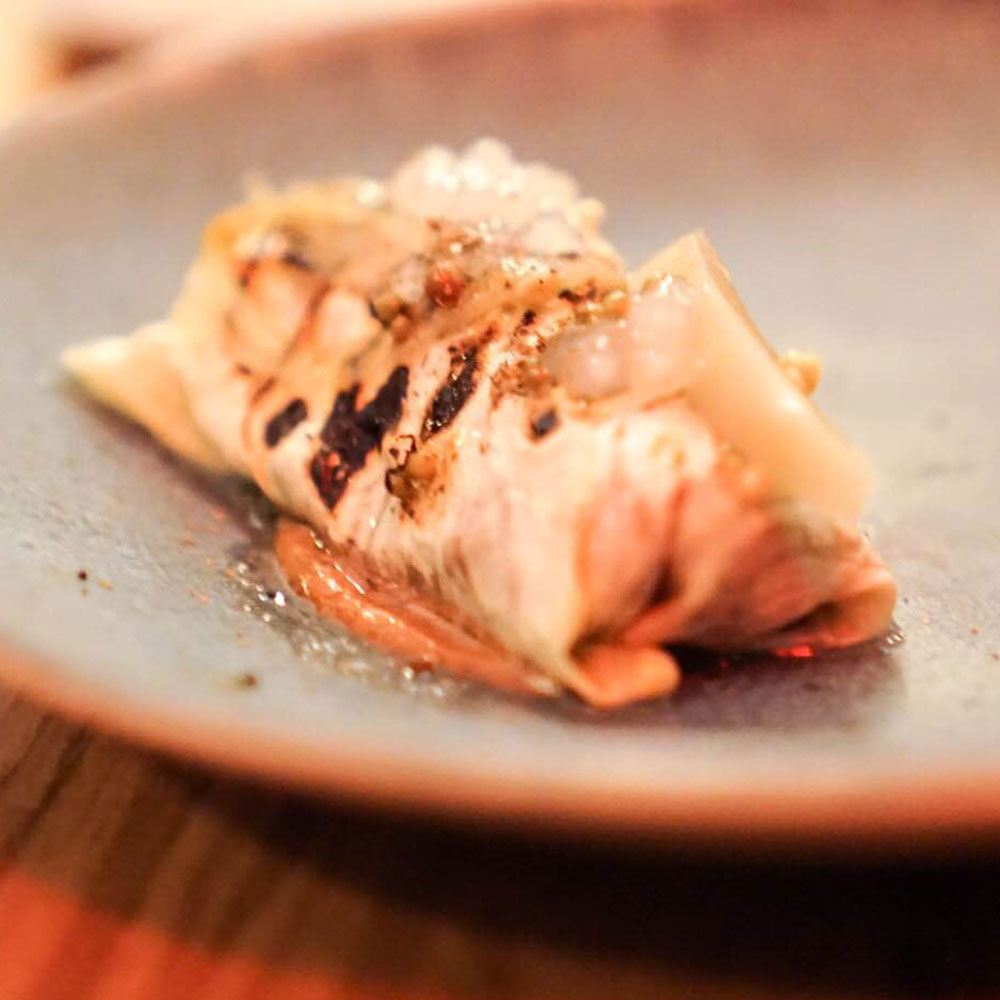 Earlier in the evening, there was a little session of show and tell where our server brought out a beautiful large brioche. It turns out that the brioche was stuffed with turnip! It was the “meatiest” dish of the night, served with truffle sauce, the turnip cooking liquid, and a fresh leafy salad. The turnip en brioche with the truffle sauce was a delish combo (no surprise there), and the turnip cooking liquid, a simple broth with green garlic tops, was warming and flavorful. 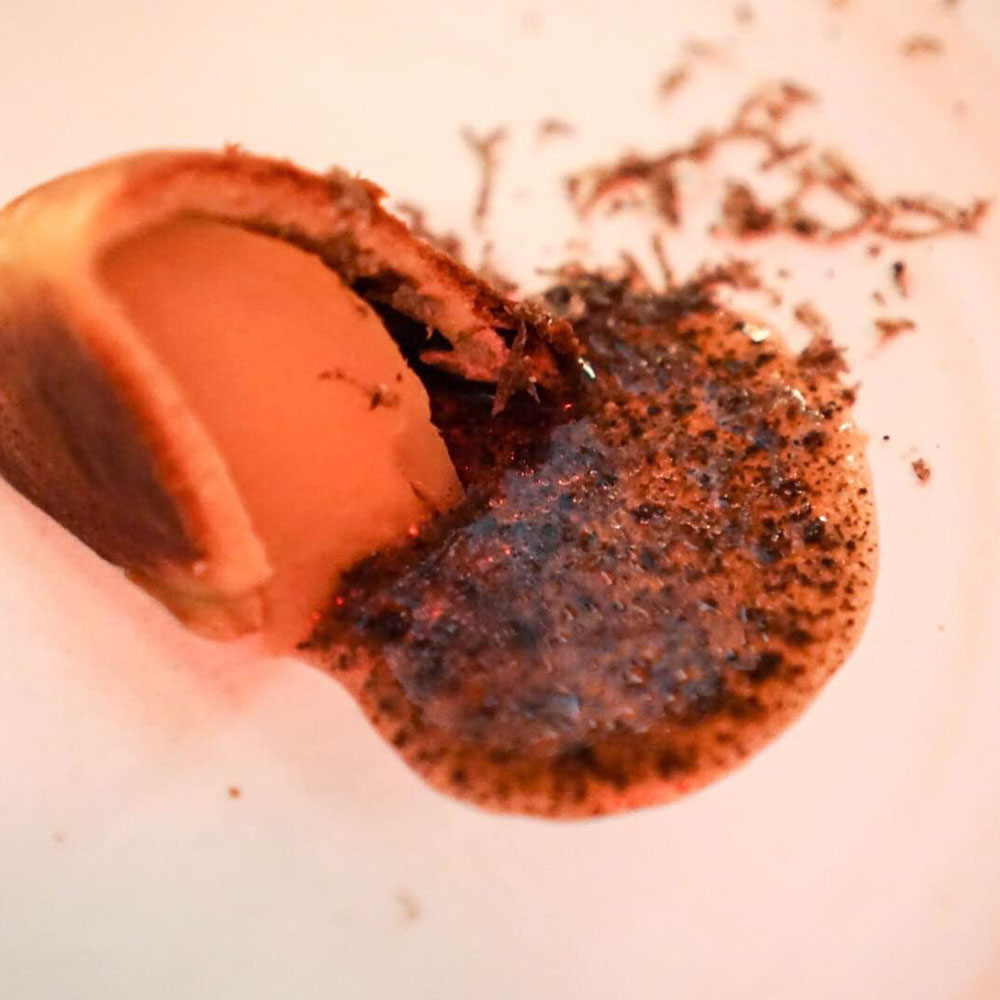 Time to cleanse the palate and settle down for dessert. There’s more to this chestnut mousse than meets the eye. Creamy, but refreshing with lavender and olive oil to spruce it up. It felt light and summery even though chestnut season is in the fall.

You know a meal is extra special when they’re not one, but two desserts. Dessert #2 was a really creative combination of ingredients: fermented grape sorbet with kelp cream and addictive toffee. No, the kelp cream didn’t taste like the ocean. Loved the mix of smooth vs. crunchy.

This was the big splurge meal of my birthday week, and one of the most interesting meals of the year. The flavors were refined and balanced, and the space has a vibe that’s quite different from many Michelin starred spots in Manhattan. It’s definitely worth stopping by if you’re interested in seeing vegetables take center stage in a tasting menu. 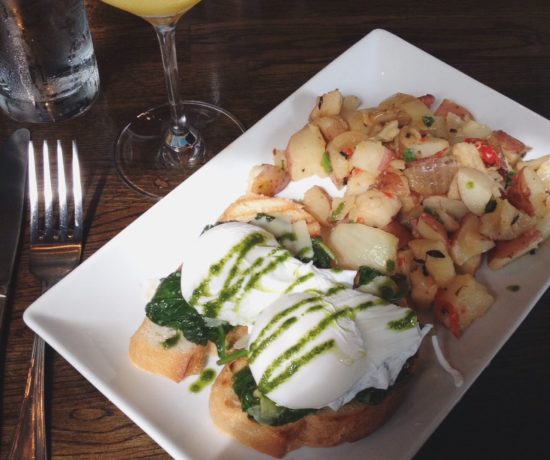 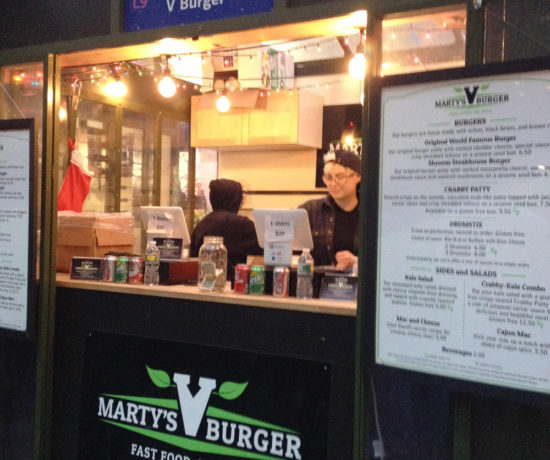 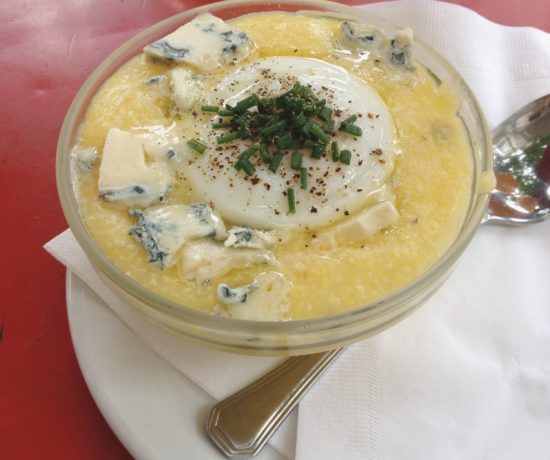