As if two Thanksgiving feasts weren’t enough, we ended the holiday weekend with a Sunday dinner at Taphaus along the Jersey City waterfront. It’s a short walk from our apartment, and if you’re seated by the windows, you get a stunning view of Manhattan. We’ve been here a couple times, and it’s not bad for a “let’s stay on this side of the river” casual date night.

I’ve always thought of Taphaus as a gastropub and beer garden hybrid. There are communal tables and bavarian snacks, but it feels more upscale than your typical beer garden. It was moderately busy for a Sunday night with a good portion of folks there to catch the game. 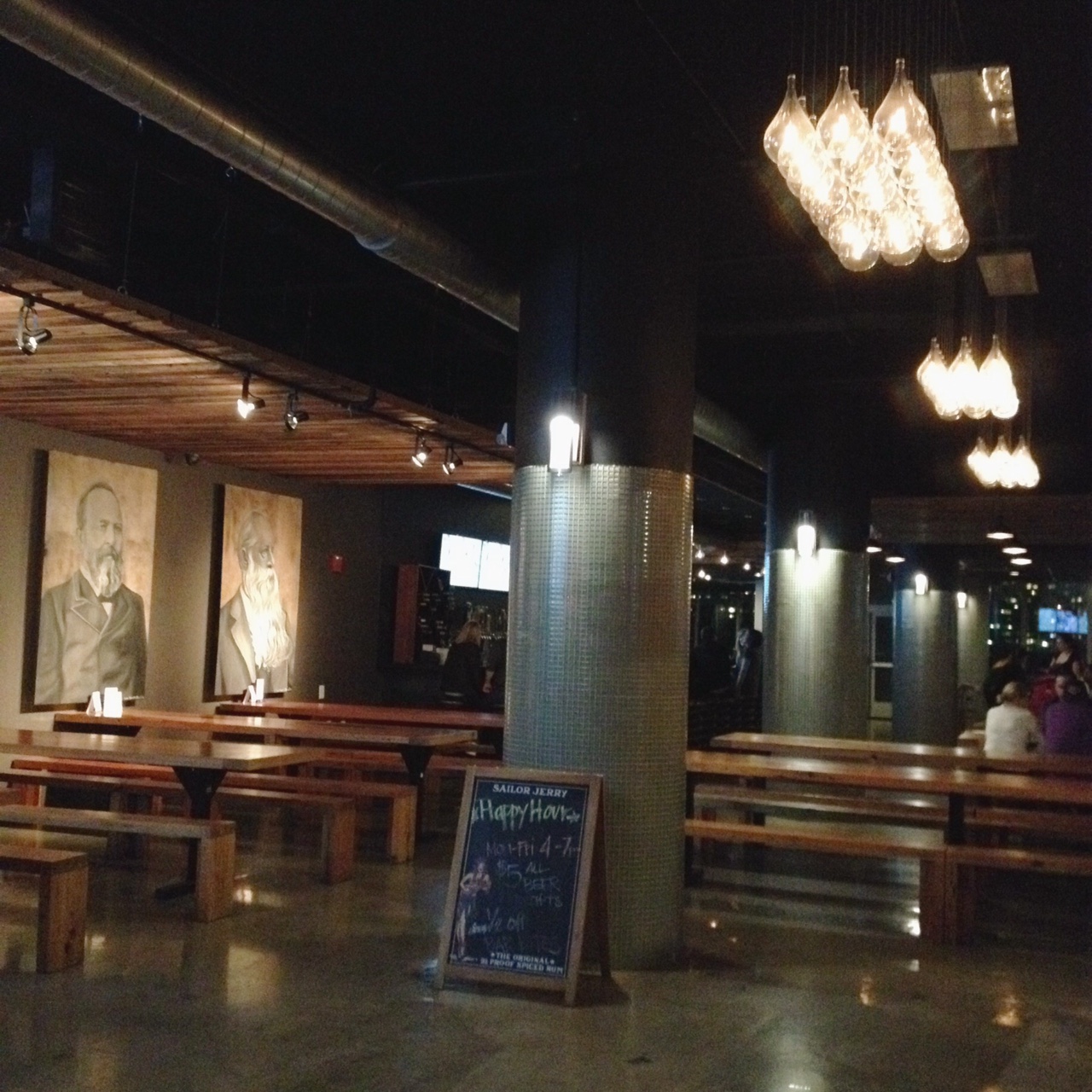 A decent beer starts at around $8, and it’s handy that the bitterness units are listed on the menu. I started with the tasty Breckenridge vanilla porter and moved on to the Schneider Weiss wheat beer that none of us could pronounce correctly. They also have wine and cocktails on the menu if you wanna be one of those people who passes on beer at a beer place. 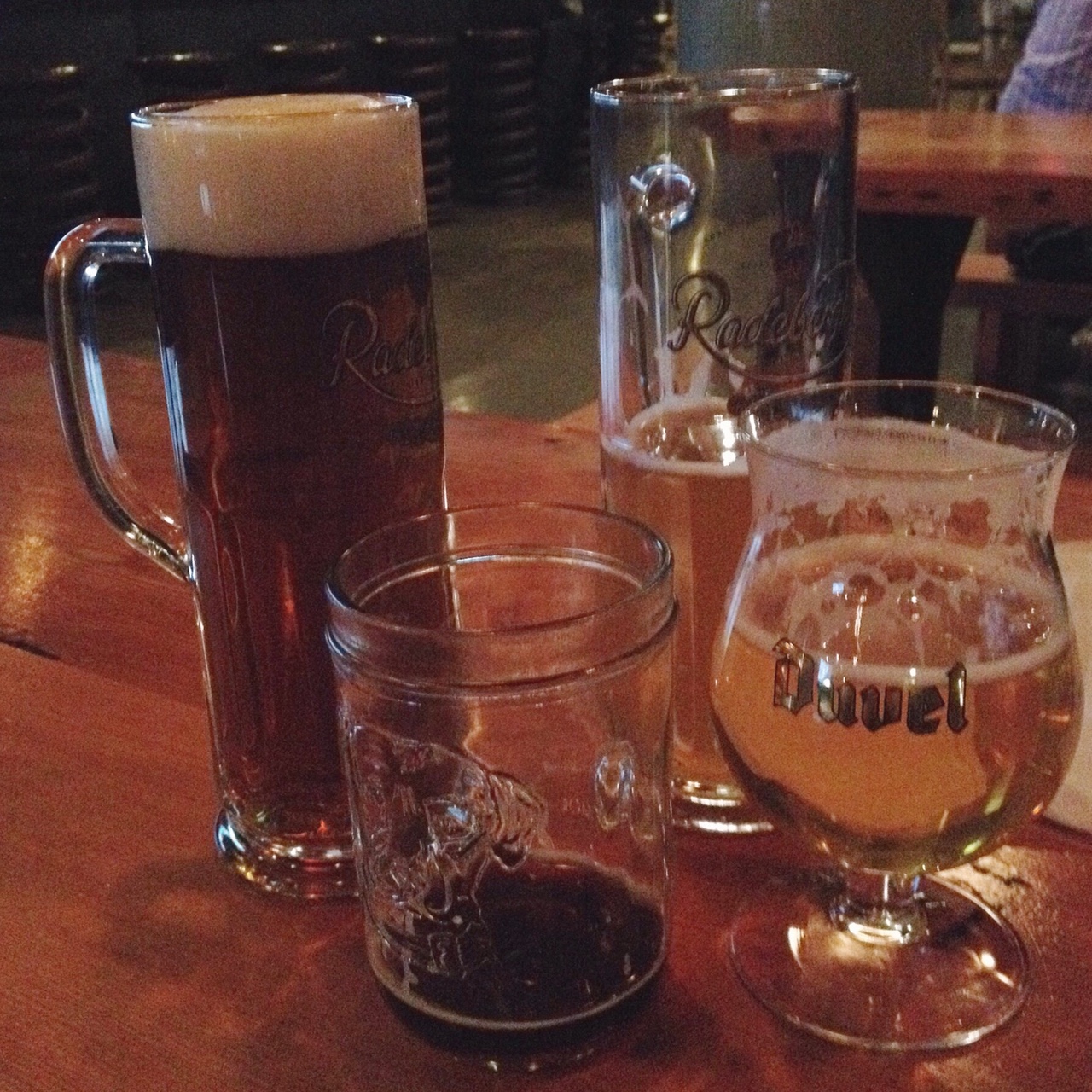 We shared four appetizer style dishes between the three of us. Classic bar food, not anything to wow about, but fried carbs are always perfect with good company and beer, right?

The mushroom tempura ($10) with sweet chili sauce was good. Juicy portobellos, nice batter. I quite enjoyed the spinach dumplings on their own ($12), but the broth was more along the lines of salty brown water rather than a broth. You can’t go wrong with disco fries ($8) when drinking beer. John always loves a good pretzel ($12), especially when it comes with cheese and mustard. I don’t understand how he ate so much of that thing! 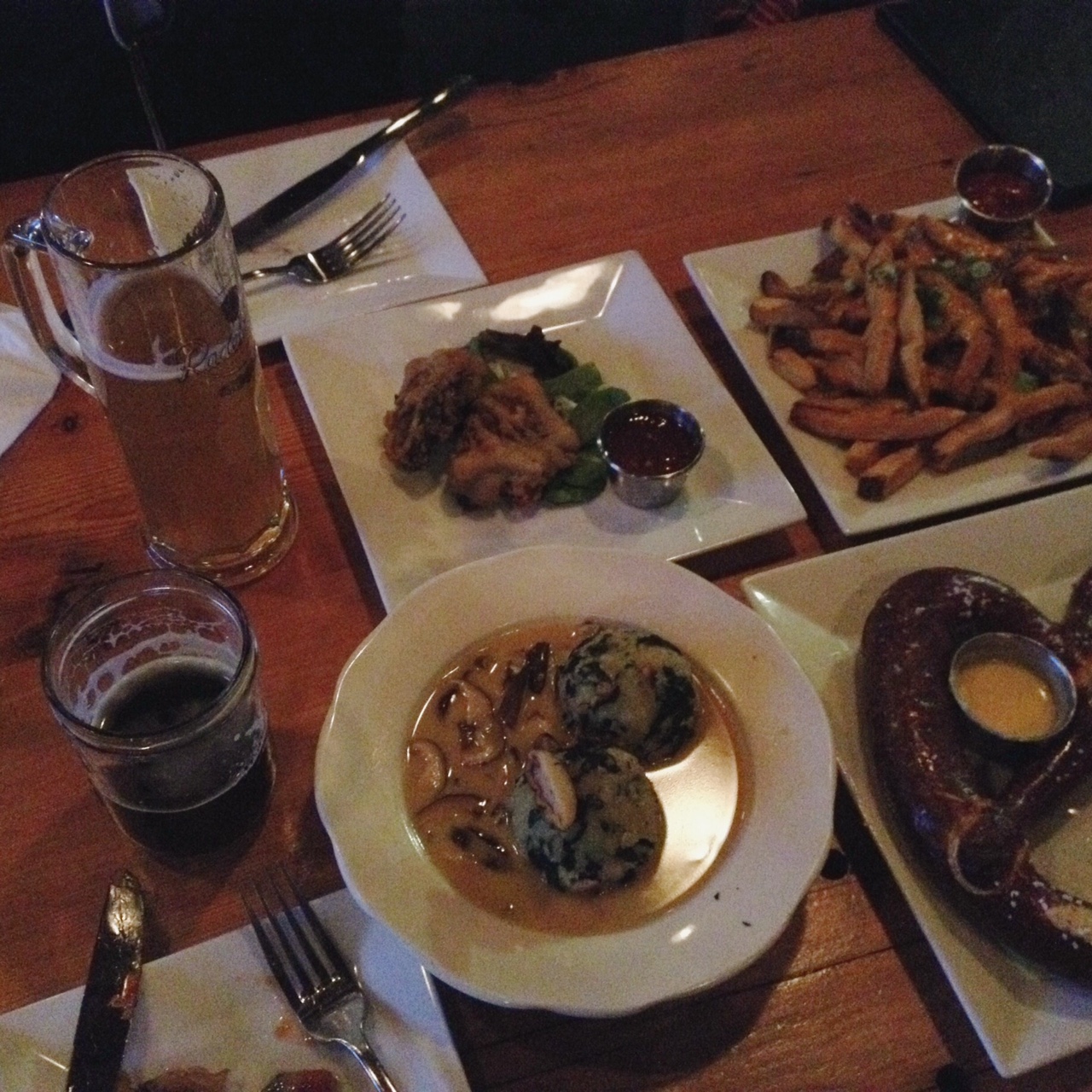 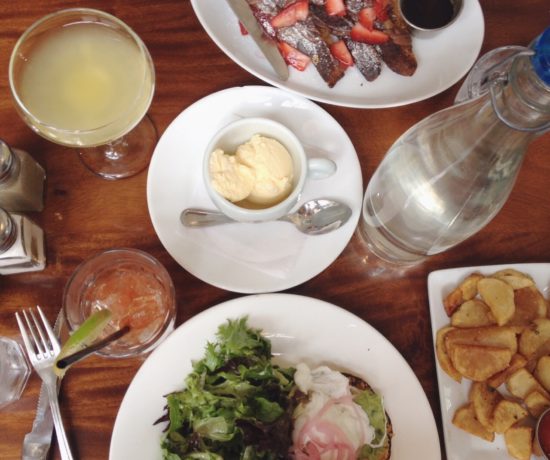 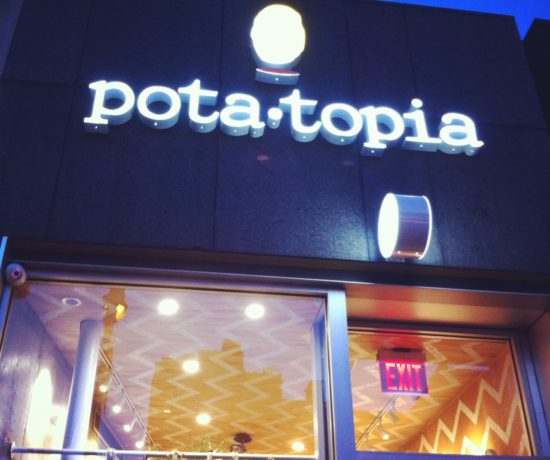 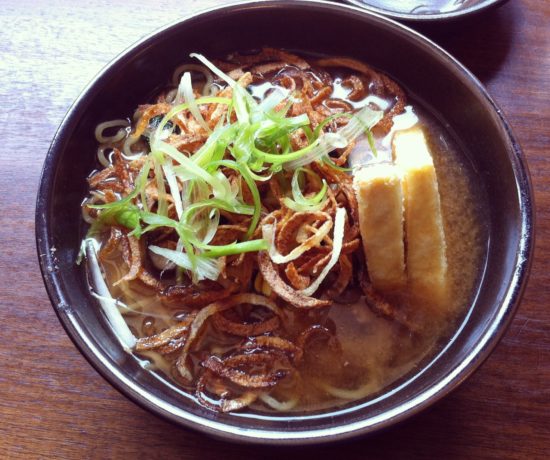