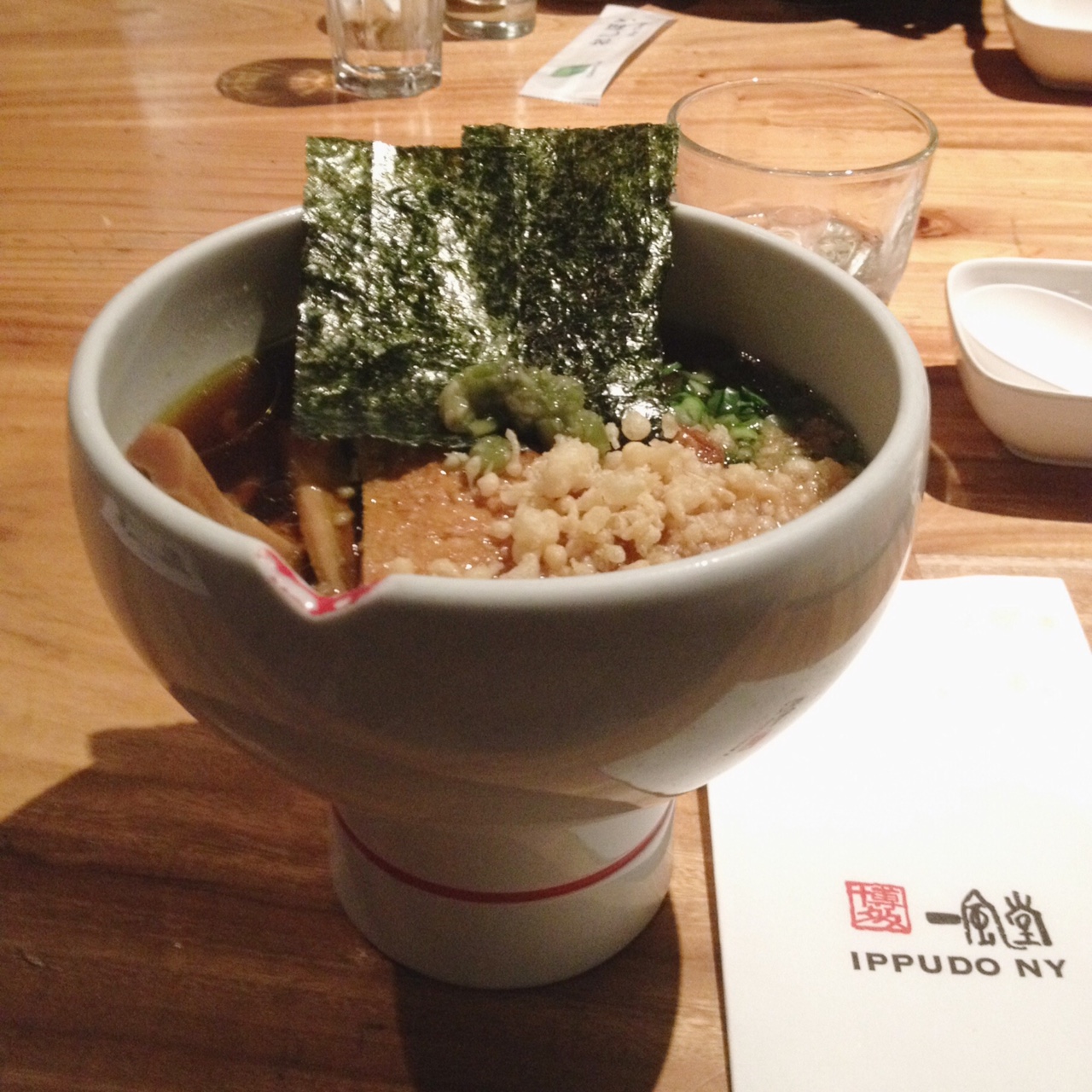 Is it acceptable to have ramen twice in four days? Well, that’s exactly what I did recently. I wasn’t fully satisfied with my last ramen experience, so I headed to Ippudo for a weekday lunch. You can always count on Ippudo to do it right!

I arrived up at the East Village location shortly after noon. There were some early lunchers, and it didn’t get packed until about an hour later. Coming here alone or with just one ramen buddy is always the best bet if you’re not willing to wait long. 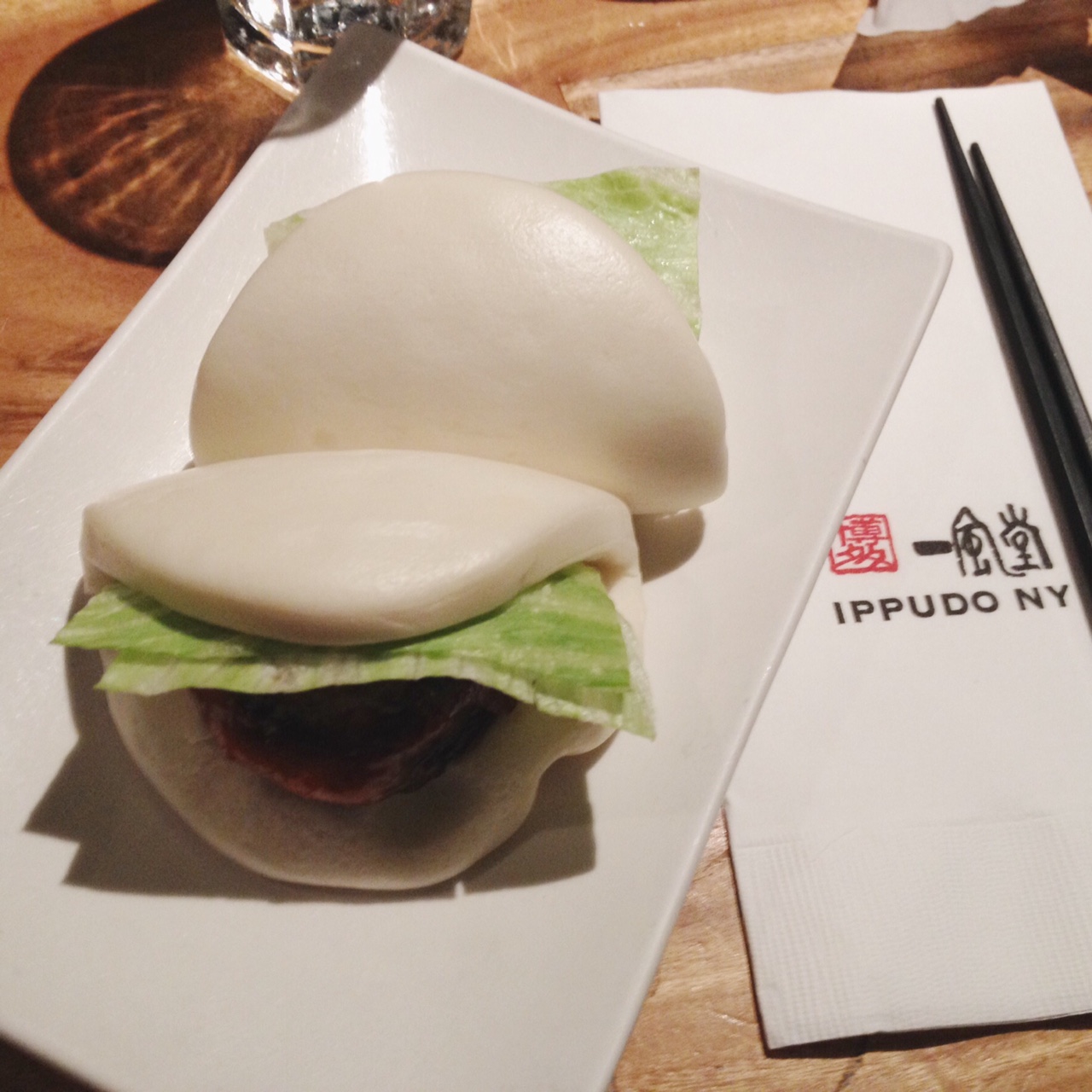 I started with an order of the vegetable hirata buns ($8). Two soft and fluffy steamed buns filled with eggplant and eringi mushroom, plus a good amount of spicy sauce and mayo. I was at a communal table and noticed that several people got the veggie buns too. #MeatlessMonday 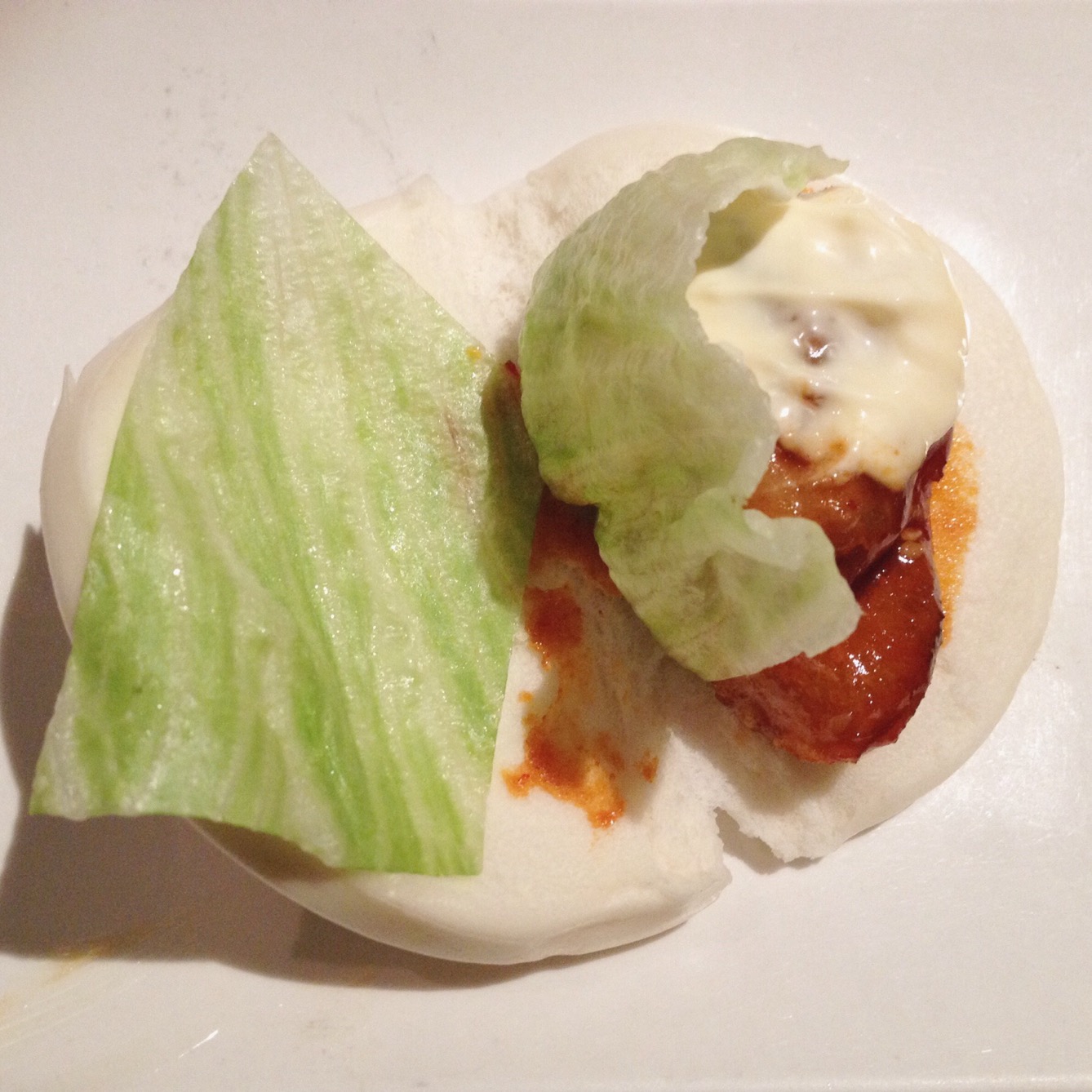 The veggies were chewy and coated in a light crispy batter that goes so well with the sauce. I’ve had the pork buns before, but I would say these are better as I’ve never been a huge fan of really fatty pork. I wonder if I can convince John to give these a try sometime. 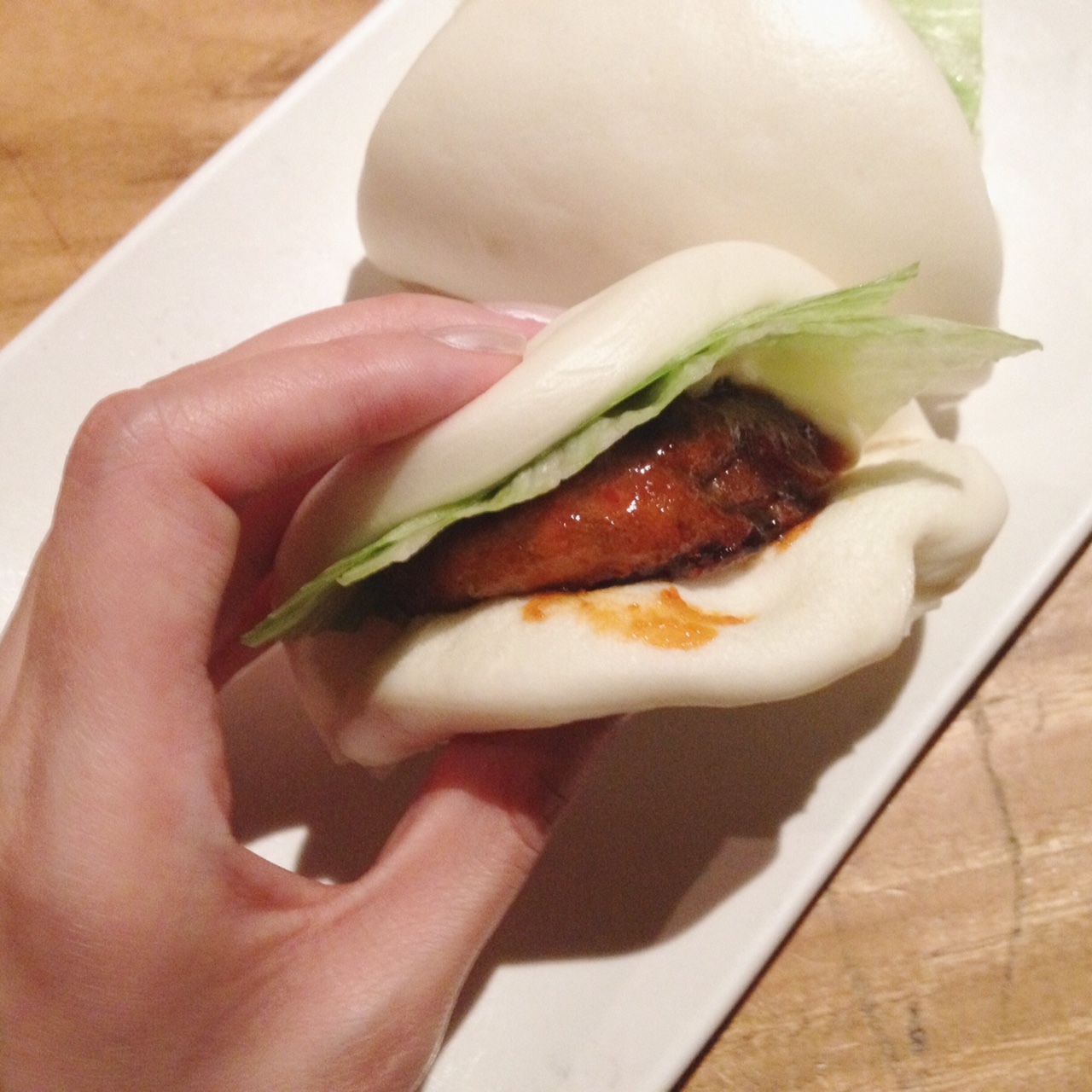 Finally tried Ippudo’s wasabi shoyu ramen ($14)! This is a soy sauce and vegetable based broth topped with bean curd, wasabi, menma, tempura flakes, nori, scallions, and wasabi infused oil. It was piping hot when it came out, and the wasabi infused steam hurt my eyes a little! That said, it didn’t taste too wasabi heavy. Just the right heat of wasabi heat. The bean curd had a nice balance of savory and sweet, which added a little sweetness to the broth. 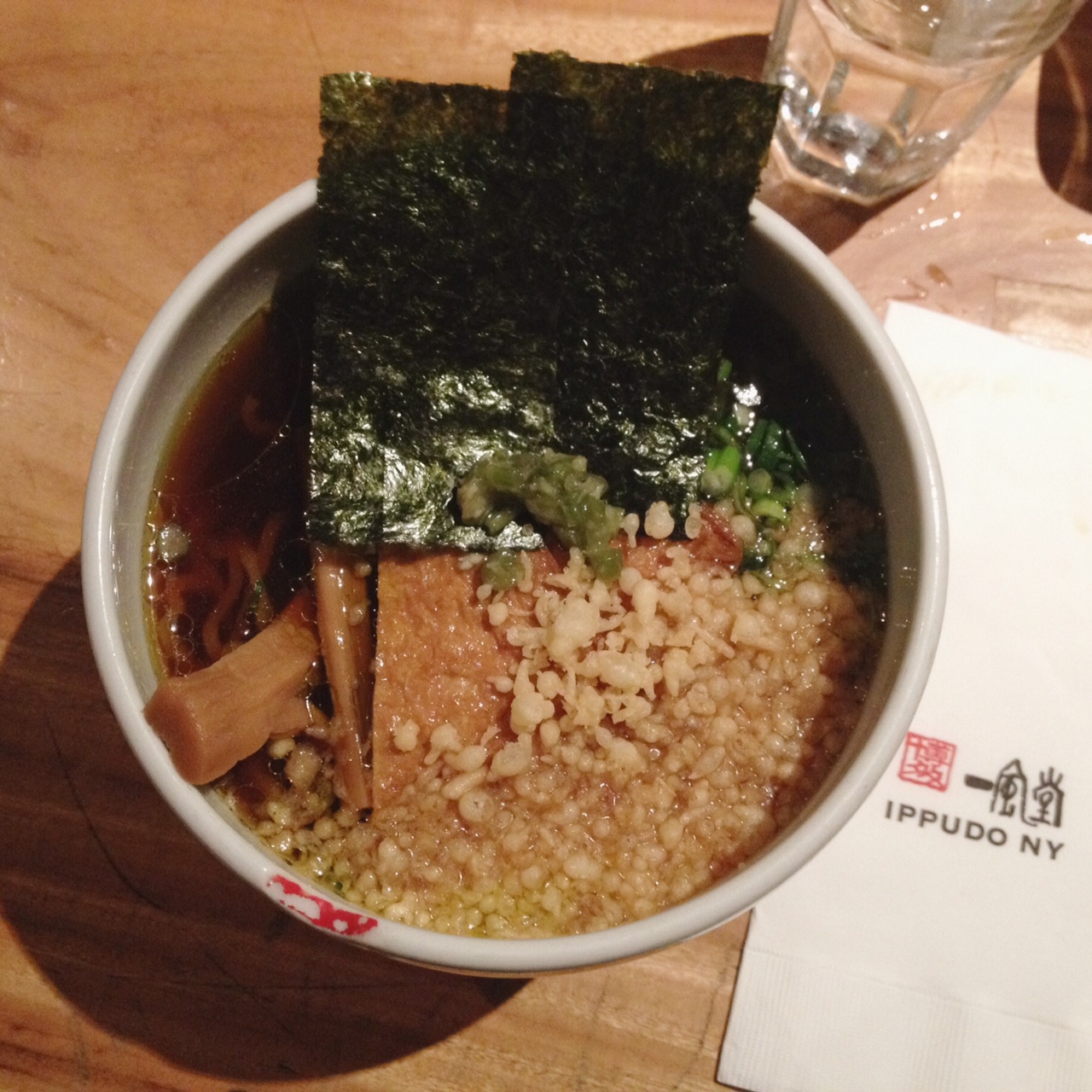 The noodles were a bouncy perfection, and I easily could have slurped up all those noodles in minutes, but managed to keep it together and eat like a normal person. Wish the bamboo was sliced a little thinner, but other than that, this was a great bowl of vegetarian ramen. Next up: the vegan shojin ramen at Ippudo west! 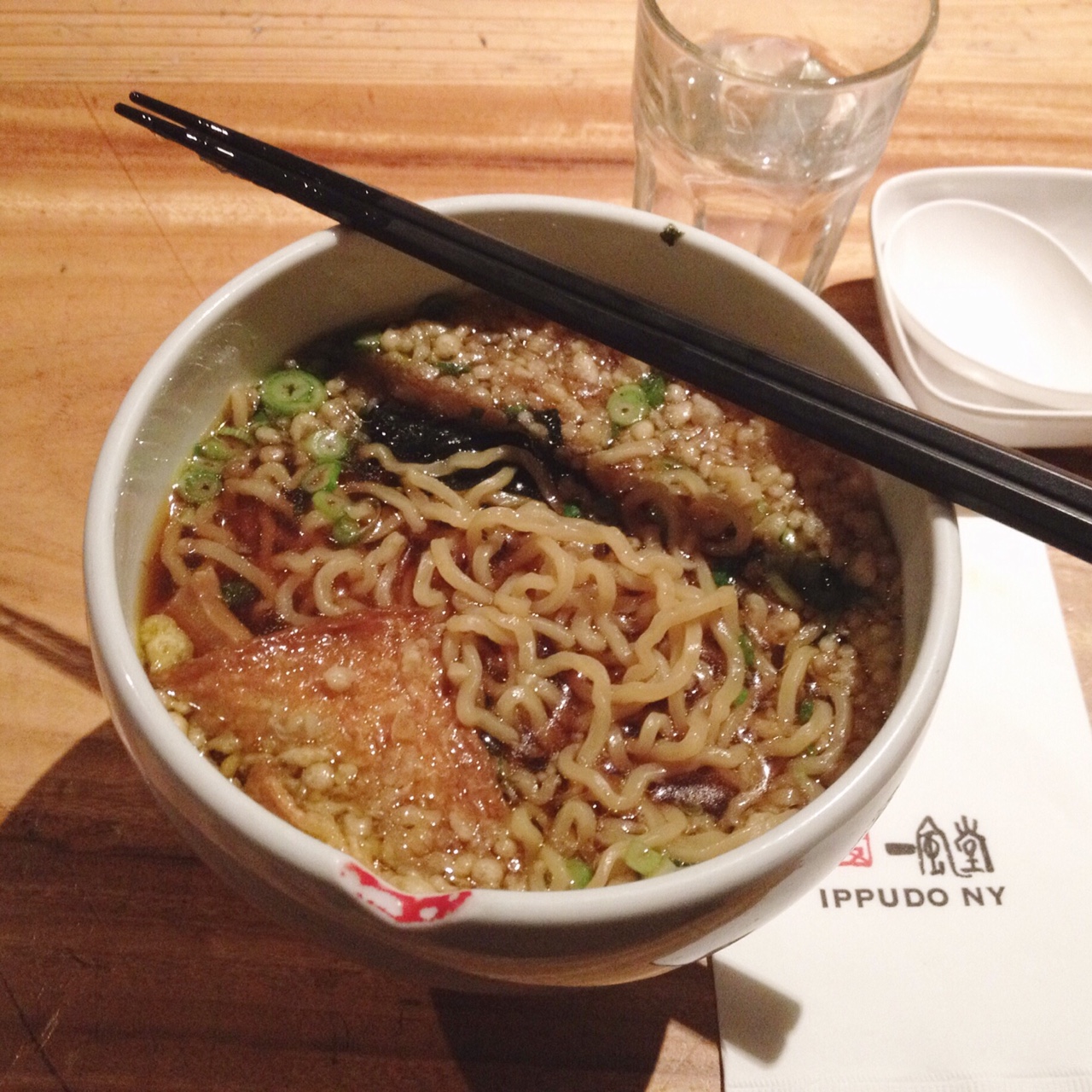 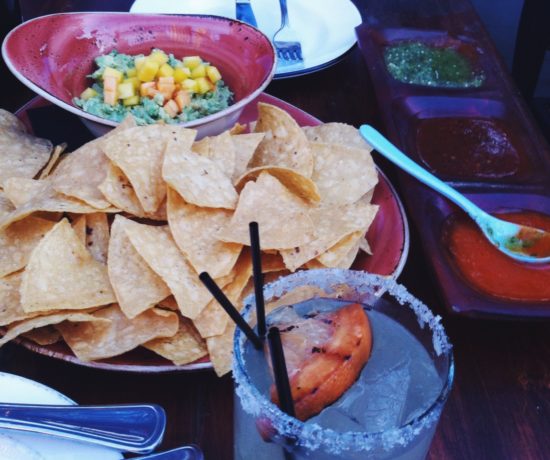 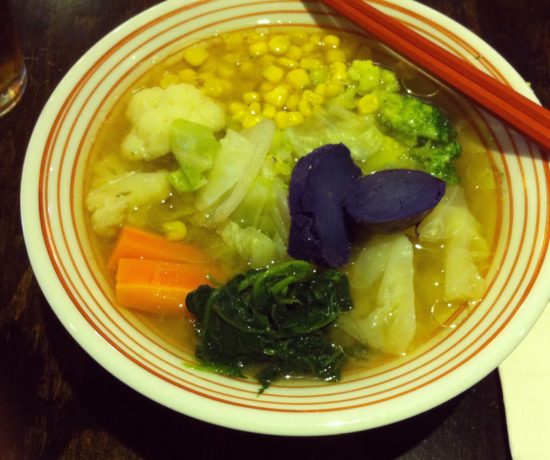 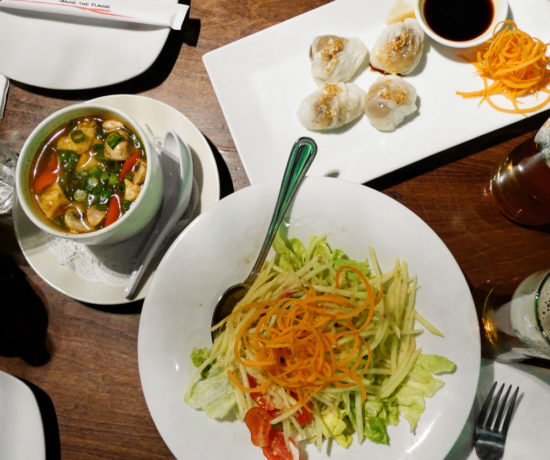