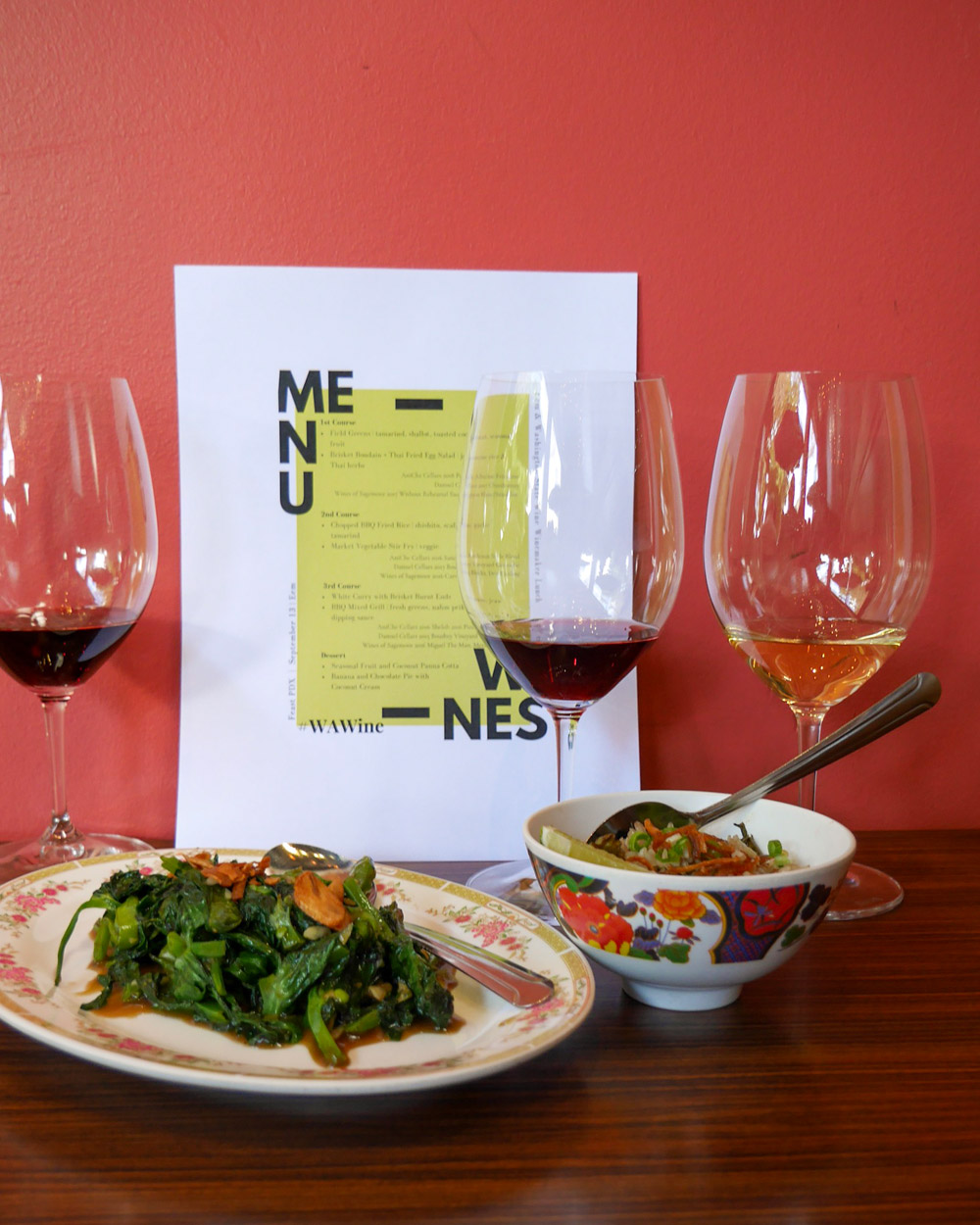 I received a media pass to Feast Portland and was invited to this industry event. As always, all opinions are my own.

One of the many highlights of Feast Portland 2019 was the Washington State Winemaker Lunch at Eem alongside the winemaker’s from Aniche Cellars, Damsel Cellars, and the Wines of Sagemoor, as well as some of my favorite food people.

Believe it or not, this was my first time at Eem. I’ve been meaning to stop in for drinks as I loved Eric Nelson’s Shipwreck cocktail popup and have been wanting to try Earl Ninsom’s Thai flavors, but the crowds at Eem have always discouraged me. Also, knowing the “M” in Eem is Matt Vicedomini of Matt’s BBQ didn’t exactly convince me to rush over to Eem and ask about vegan dishes. That said, after this elaborate meal, it’s easy to understand why Eem was named “Restaurant of The Year 2019” by The Oregonian. On top of that, this was the first time in my three years of covering official and unofficial Feast events that I, the lone vegan at Feast, left an event feeling full. (And it was not the only time at Feast 2019 too.) I shared my vegan dishes with the omnivores at my table, and one, who is often a vegan-skeptic, declared “not gonna lie, your dishes were just as if not better than the non-vegan ones!”

Many thanks to Eem and Washington State Wine for this incredible experience! 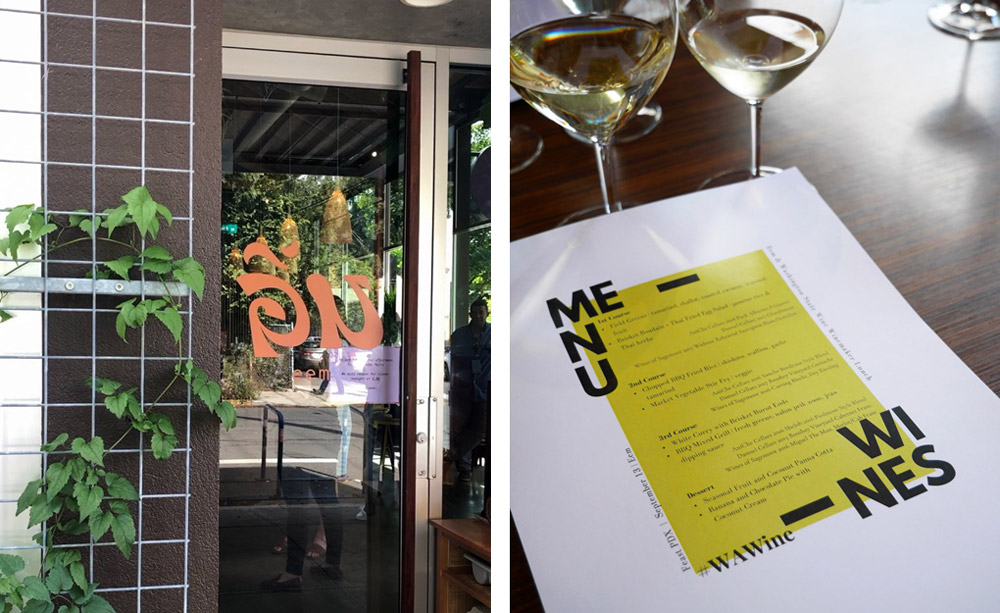 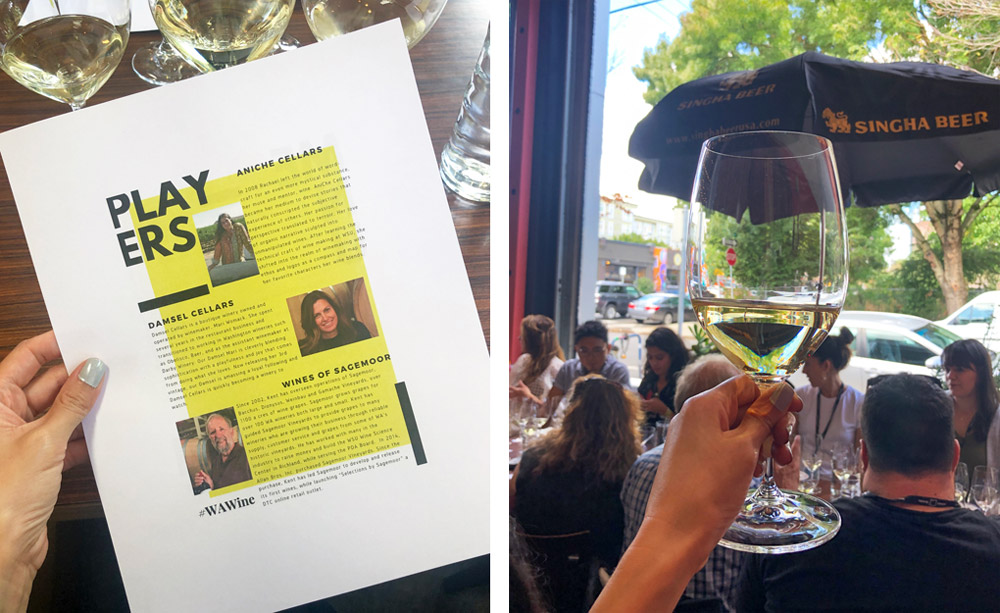 If you love wine, the Pacific Northwest is a playground for your palate. We are lucky to have so many amazing wineries in the region, and Feast Portland always showcases best of the best at its events. AniChe Cellars, Damsel Cellars, and Wines of Sagemoor each presented three wines at this winemaker lunch, starting with bright, effervescent whites before moving on to bigger, bolder reds. Eight of the nine wines on this menu were confirmed vegan (no animal products like isinglass, gelatin, or egg whites used during fining) by the attending winemakers. The last wine, Sagemoor’s Merlot/Cab Franc, was the only non-vegan wine. 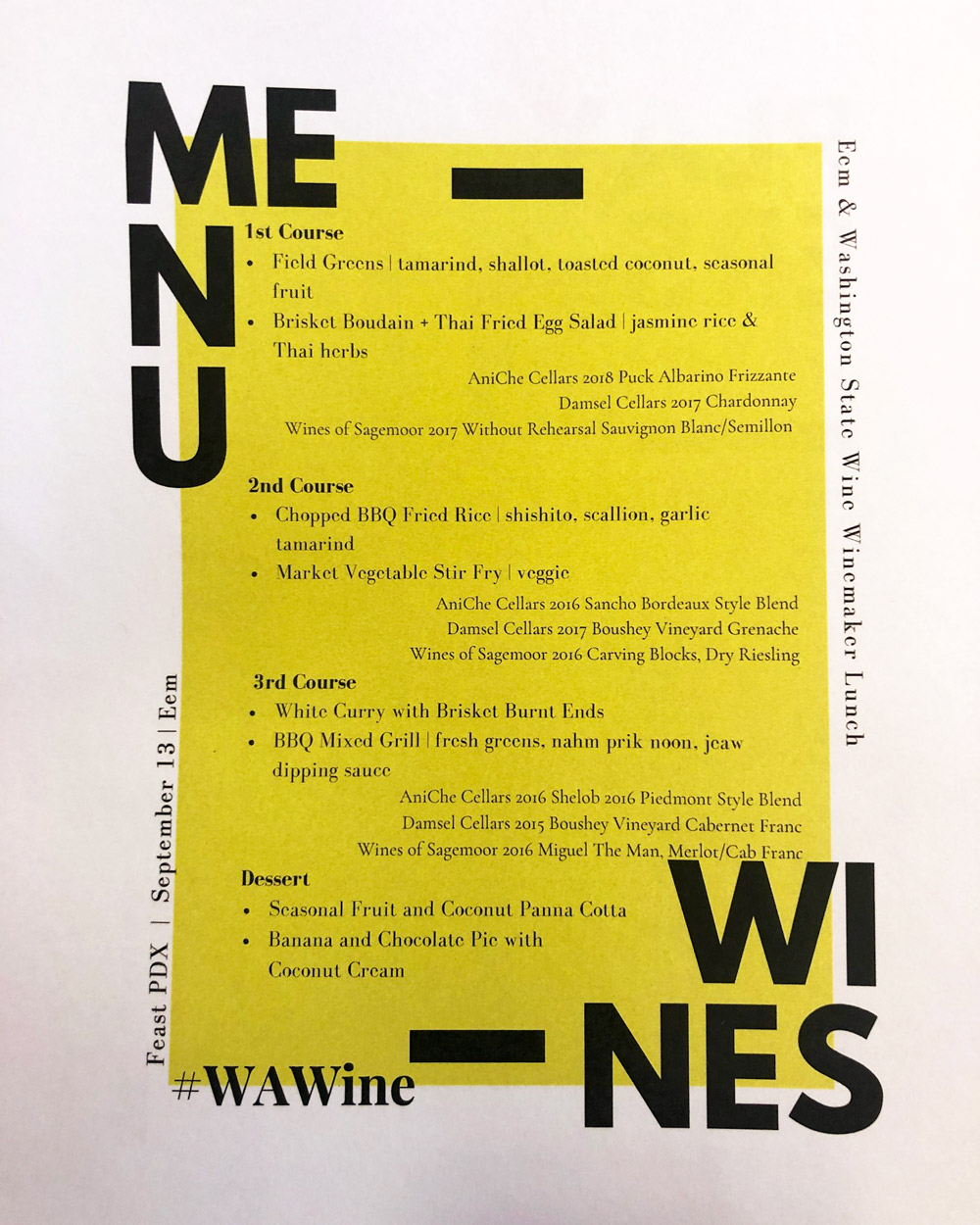 First up was a refreshing field greens salad with apples, tamarind, toasted coconut, and shallots. I believe the regular version contains some fish sauce, so Eem brought me my own vegan salad finished with a drizzle of oil instead. When you’re in the middle of four consecutive days of eating and drinking non-stop, this light salad was a welcome break. 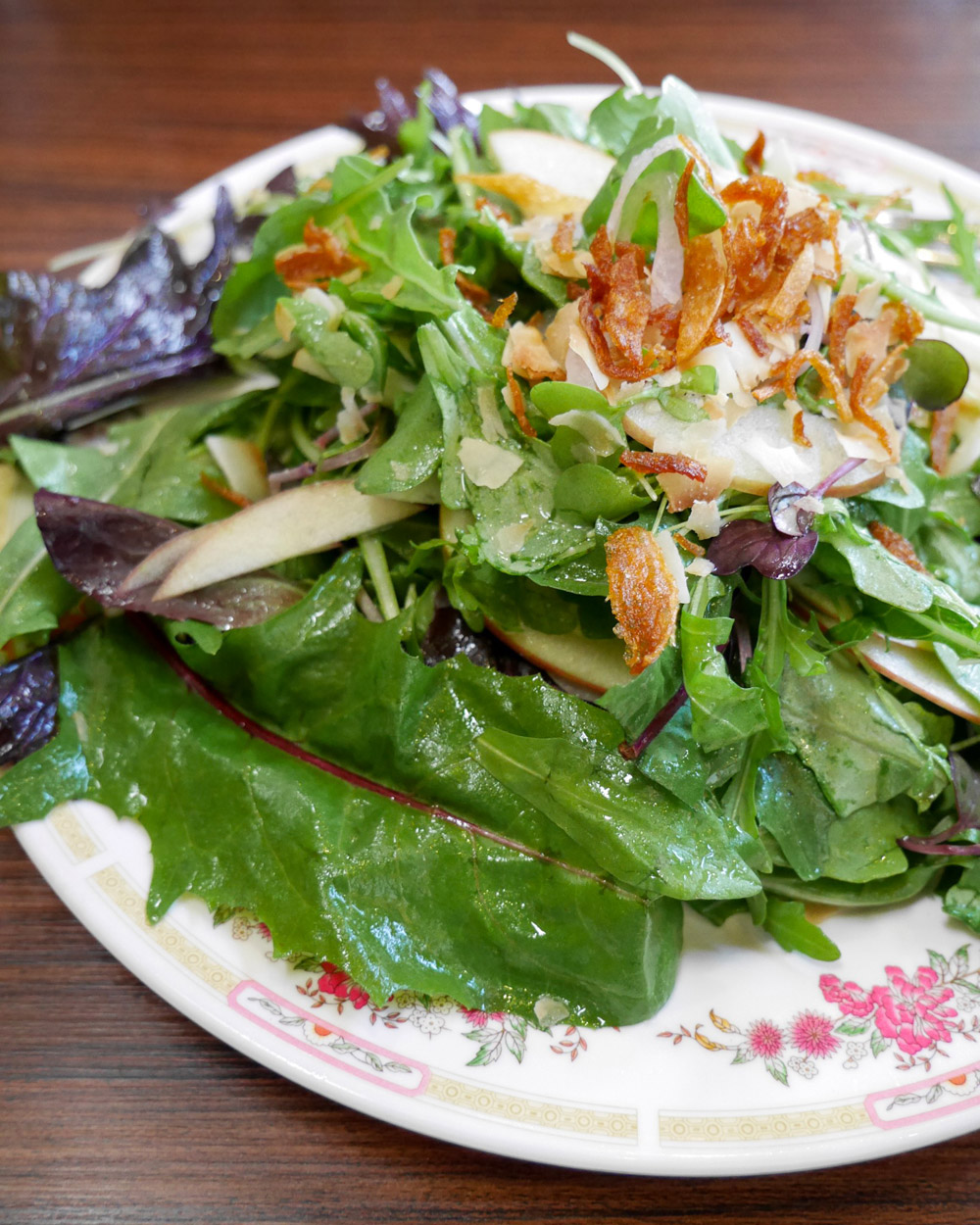 Eem’s stir fried Chinese broccoli reminded me of home because my parents always made sure we had vegetable dishes like this one at the table. You can’t go wrong with a good leafy green side, especially when it’s topped with the best fried shallots. 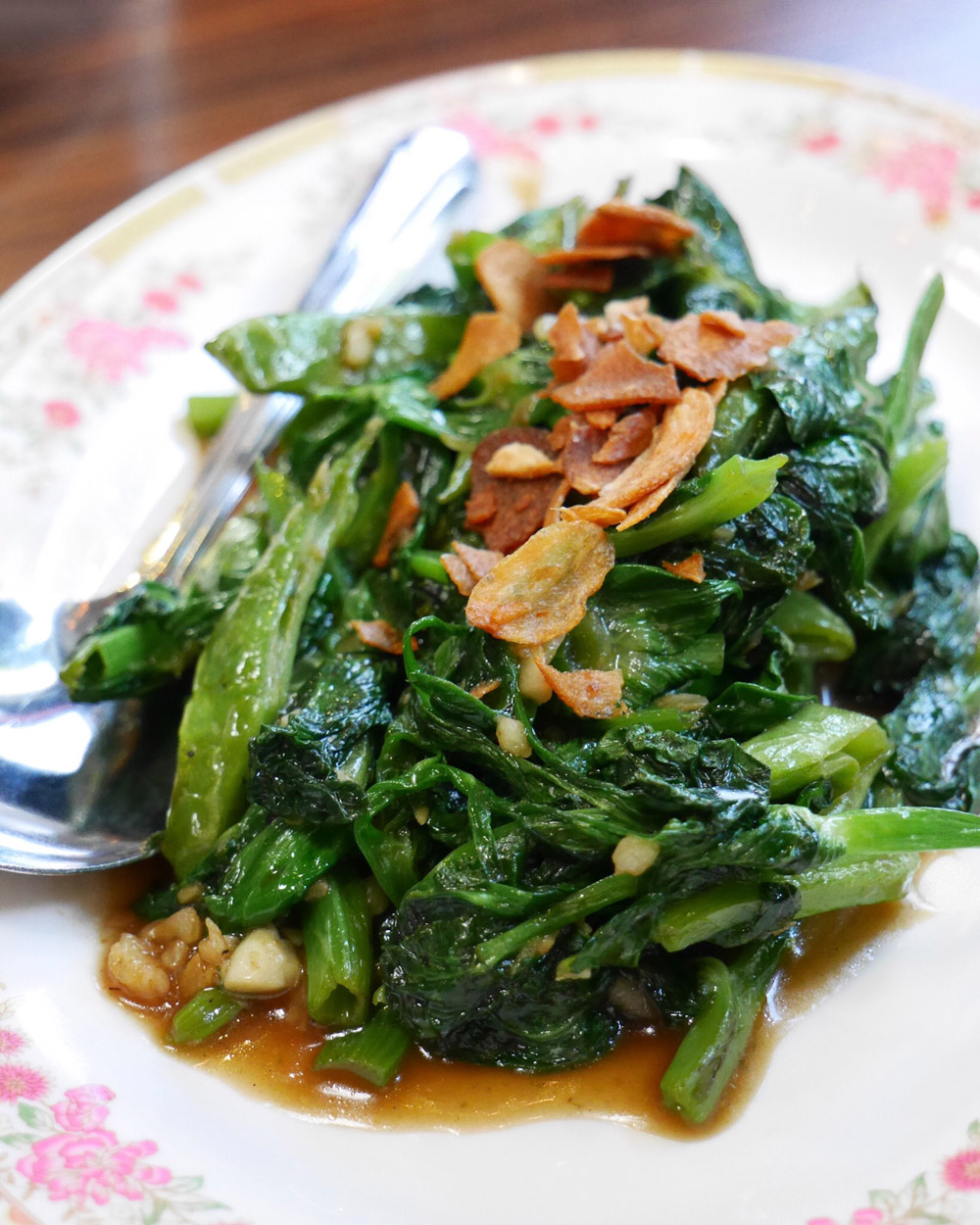 Oh look, my very own mini vegan fried rice with BBQ mushrooms, shishito, scallion, garlic, and tamarind. I haven’t had fried rice in a while, and this is a really good one. I finally understand why people get excited about Eem’s fried rice. 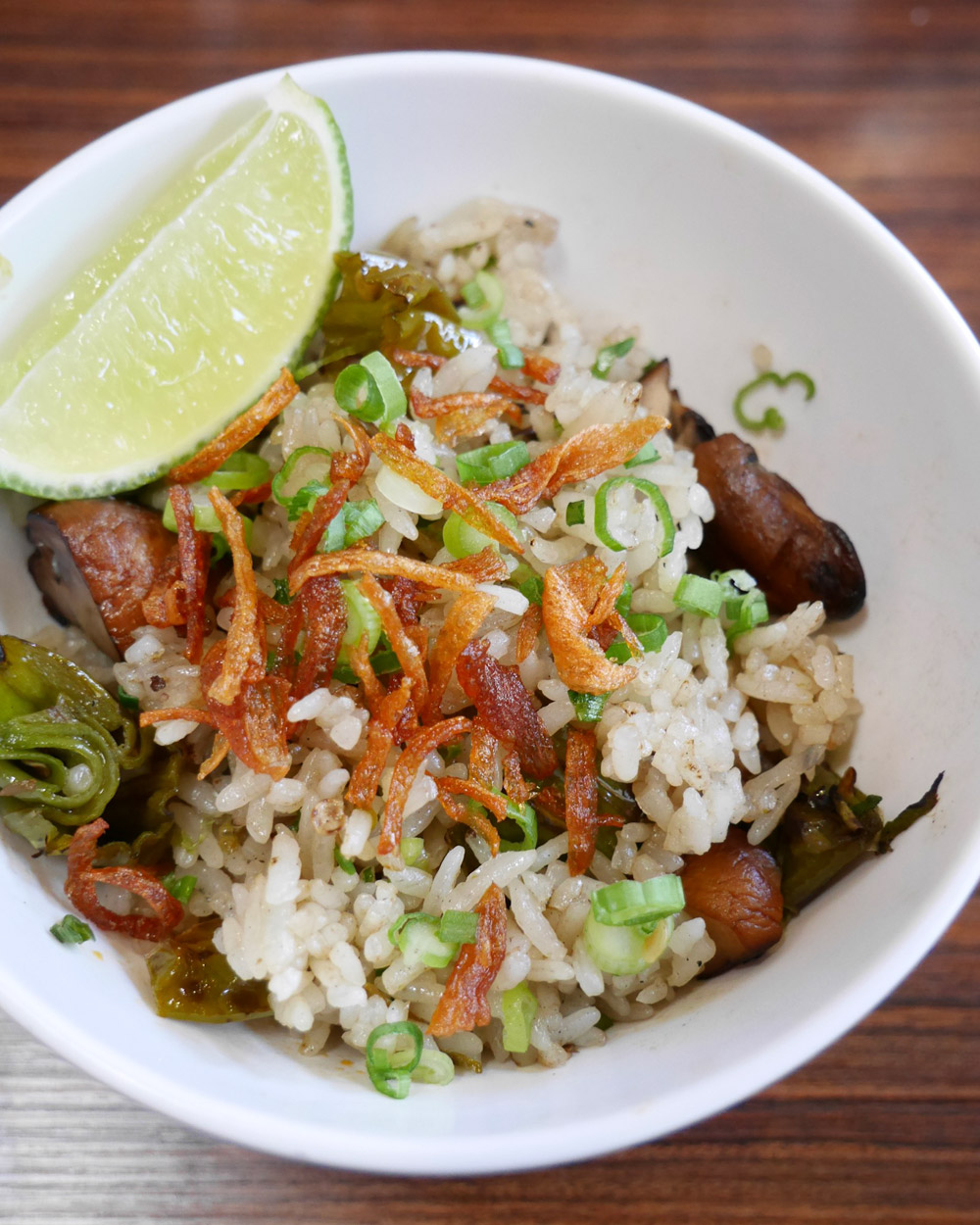 The next two dishes are on Eem’s everyday menu and vegan by default. The red curry with roasted cauliflower, snow peas, and king trumpet mushroom was phenomenal. I wanted to pick up the bowl and drink that curry. The smoked soy curls with long beans, mushrooms, and cashews was equally as delicious. I’ve never had soy curls like the way Eem does it. (Even Homegrown Smoker doesn’t do ’em like this.) I know I will be back at Eem to order of these dishes again, and maybe next time, I won’t share. ;) 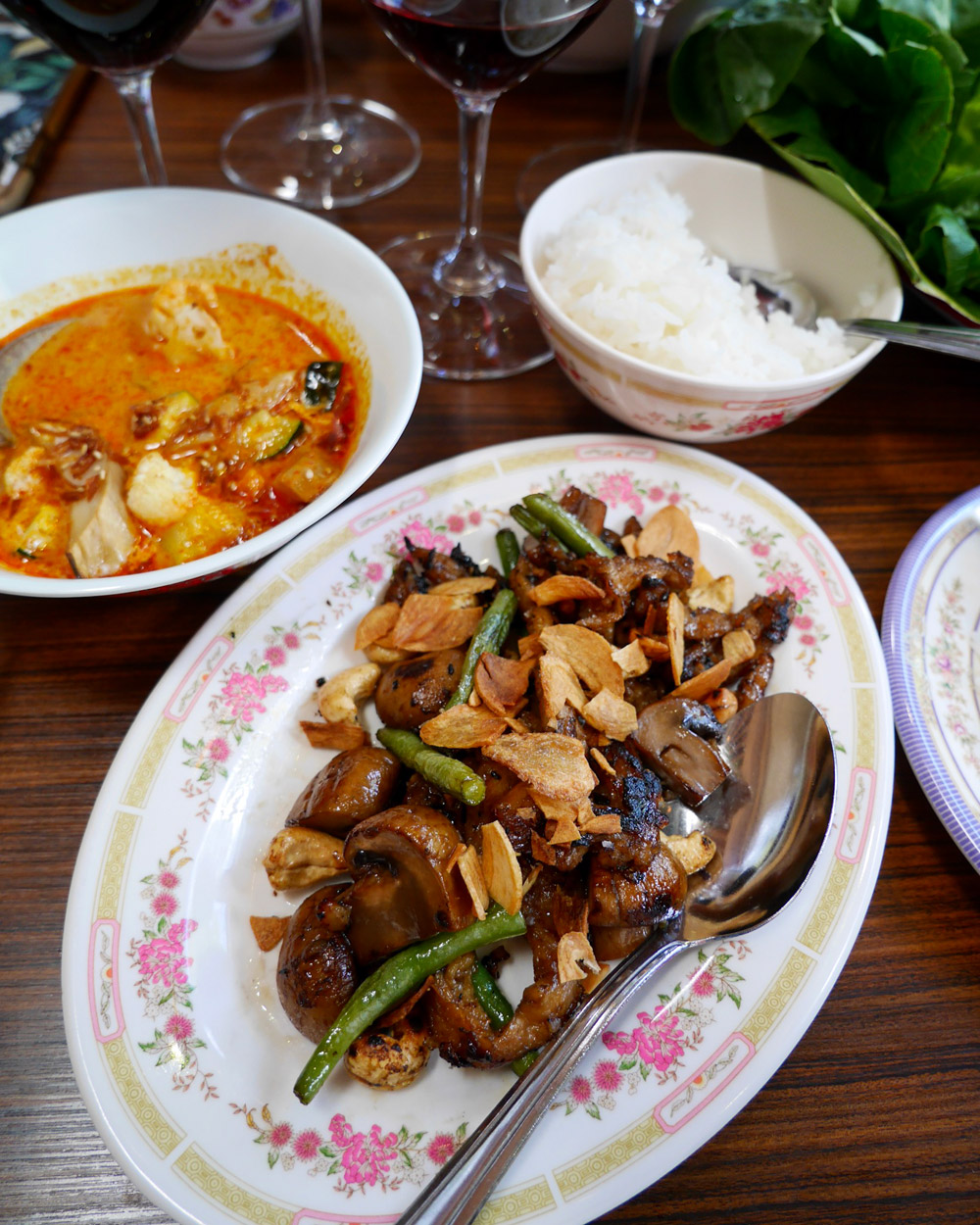 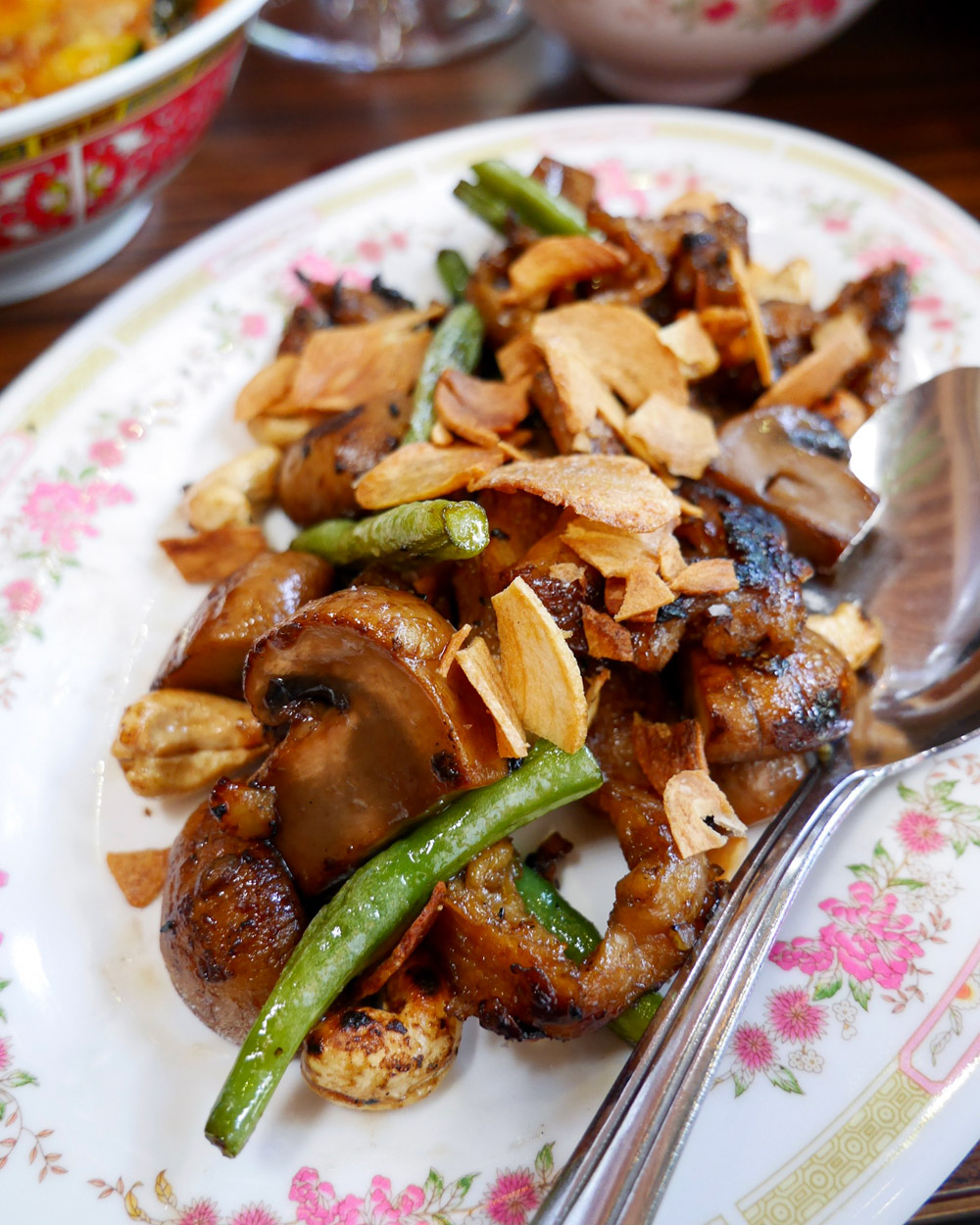 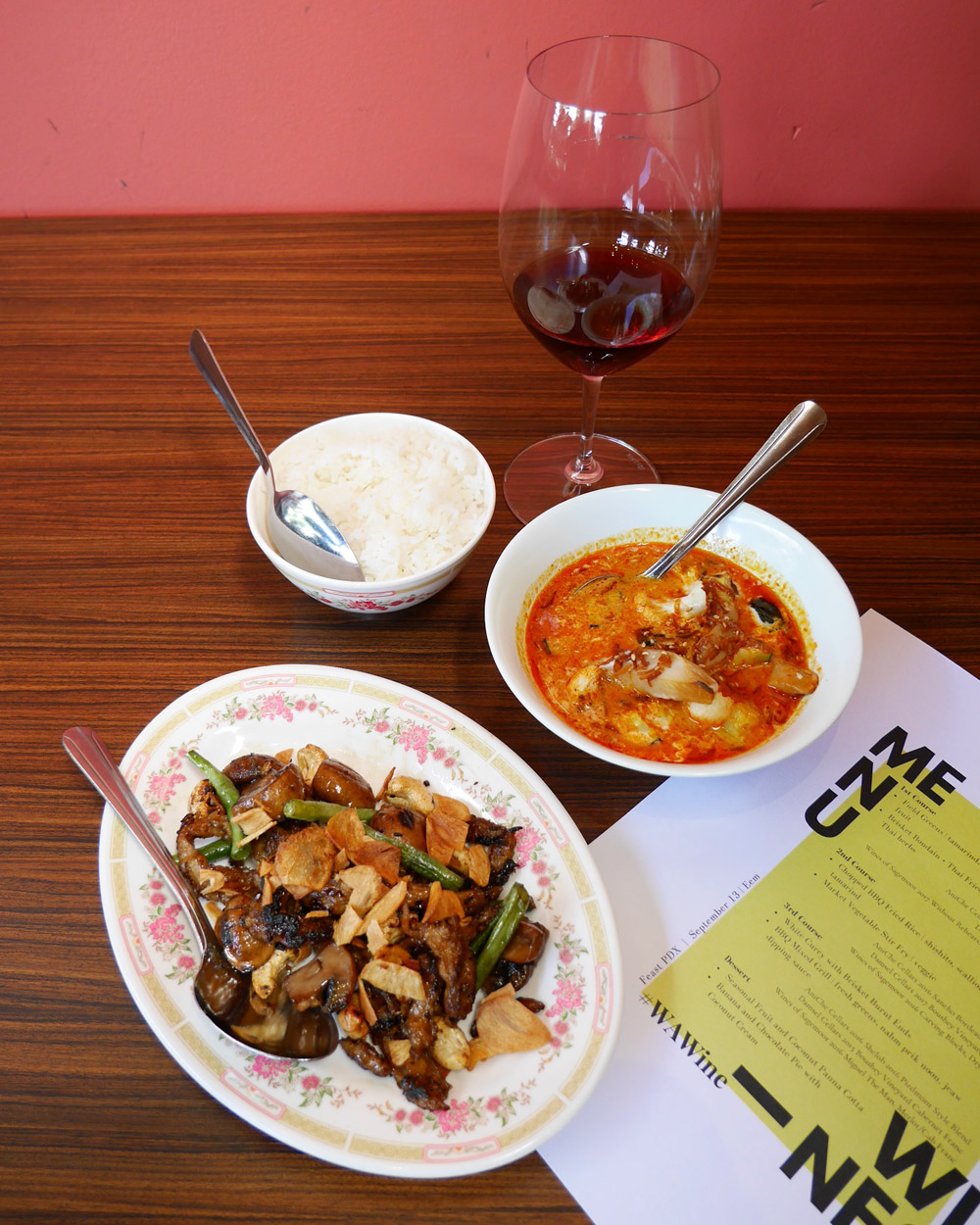 Note: This post is in collaboration with Feast Portland. I received a media pass to the festival and was invited to this industry event. This was not in exchange for a positive review and all opinions expressed here are my own. 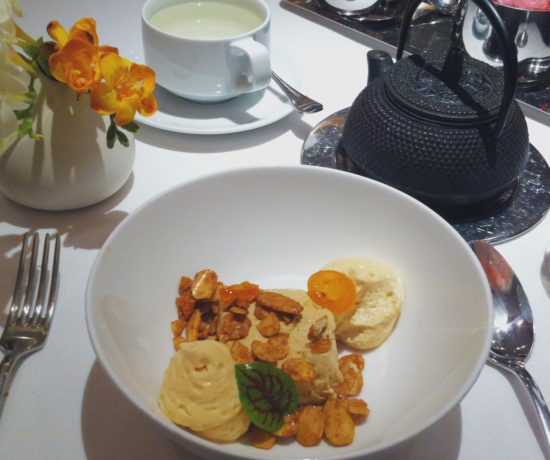 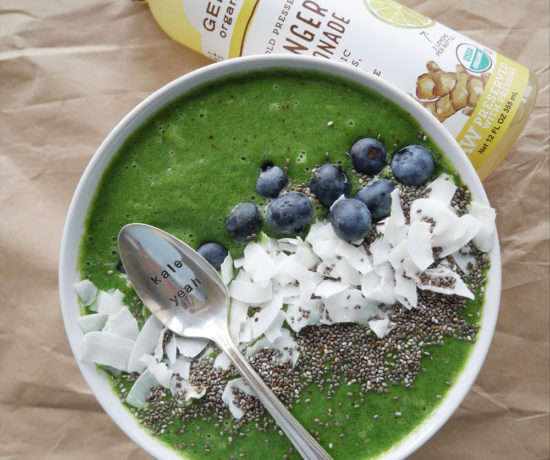