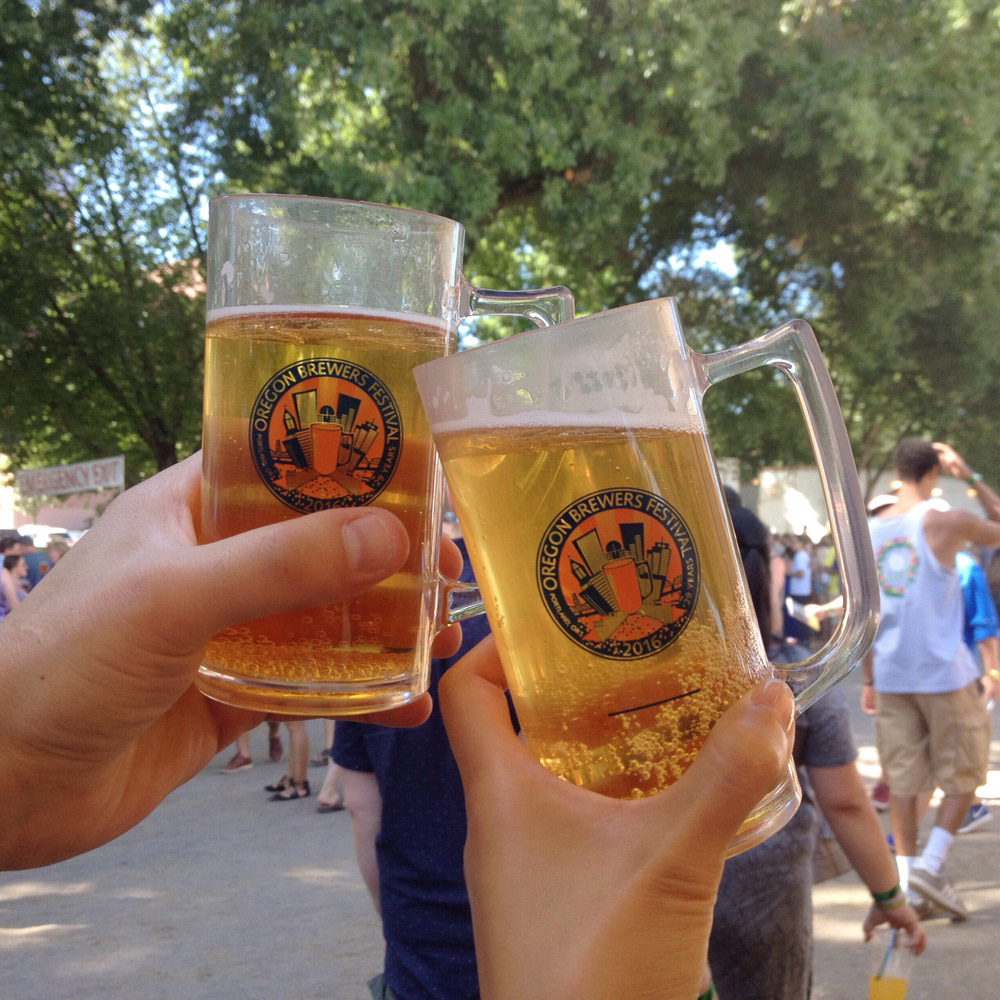 Since moving to Portland, almost every beer I’ve enjoyed here was a locally made craft beer. That shouldn’t come as a surprise considering Oregon is known for being a happy place for beer lovers. Beeradise, beervana, whatever you choose to call it. If you’re in Portland during the last full weekend of July, the Oregon Brewers Festival is not to be missed and draws crowds from near and far. 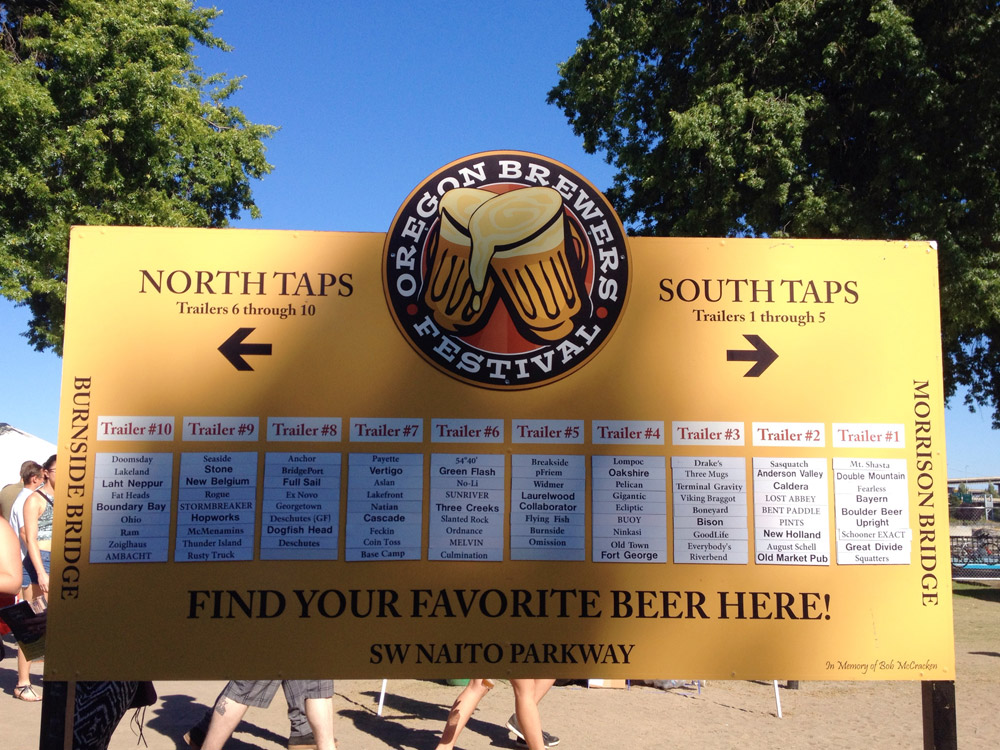 Five days, free admission, $7 for a tasting mug, $1 tasting tokens, and so many beers to choose from. We spent Friday and Saturday afternoon at the festival and barely made it through a quarter of the beers available. If you can, stop by on a weekday when it’s a little less crowded. I was afraid of spilling beer all over my Lumix so these iPhone snaps will have to do. 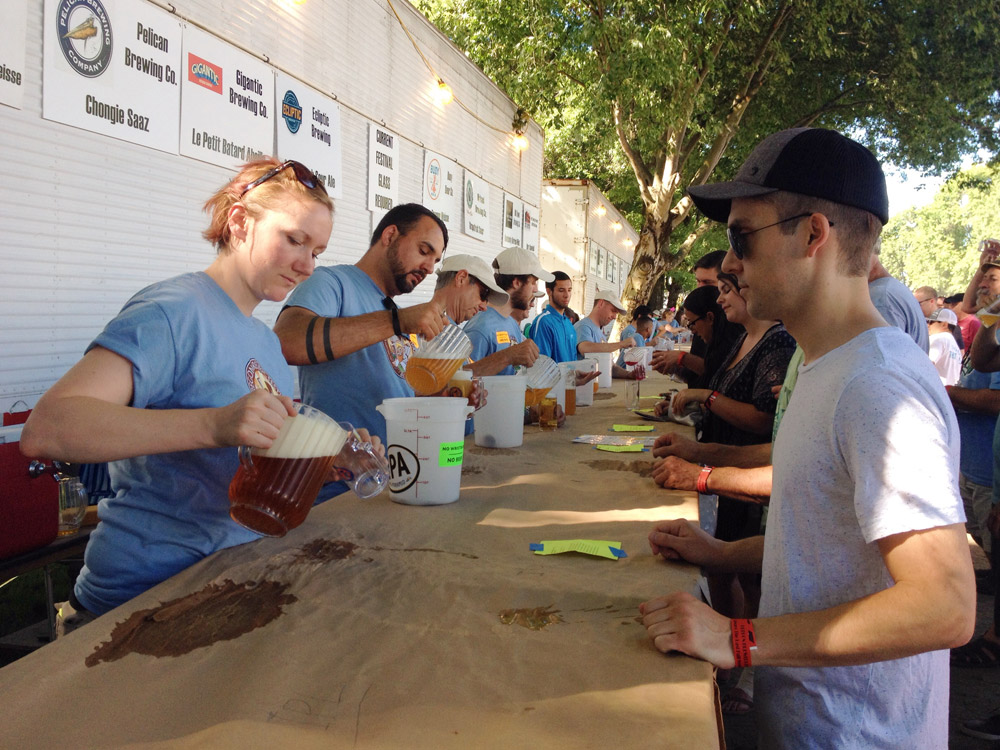 It was hard to keep track of all the beers we tasted, but I will say that I didn’t have a single beer that I didn’t enjoy. I steered clear of dark beers as they seemed too heavy for such a hot, sweaty day. There was a strong showing of IPAs and lagers, but the most unique tastes I had were the Cucumber Berliner Weisse by Oakshire Brewing and the Lavender Ale by Oregon Trail.

In addition to sampling beer, you can shop for anything beer related, from growlers to beer soap, at the festival. And of course, there was food! You guys know I like my carbs, and fries are always a winning food pairing for beer. If you’re lucky enough to grab a bench, you can catch some views of the Williamette River while you snack. 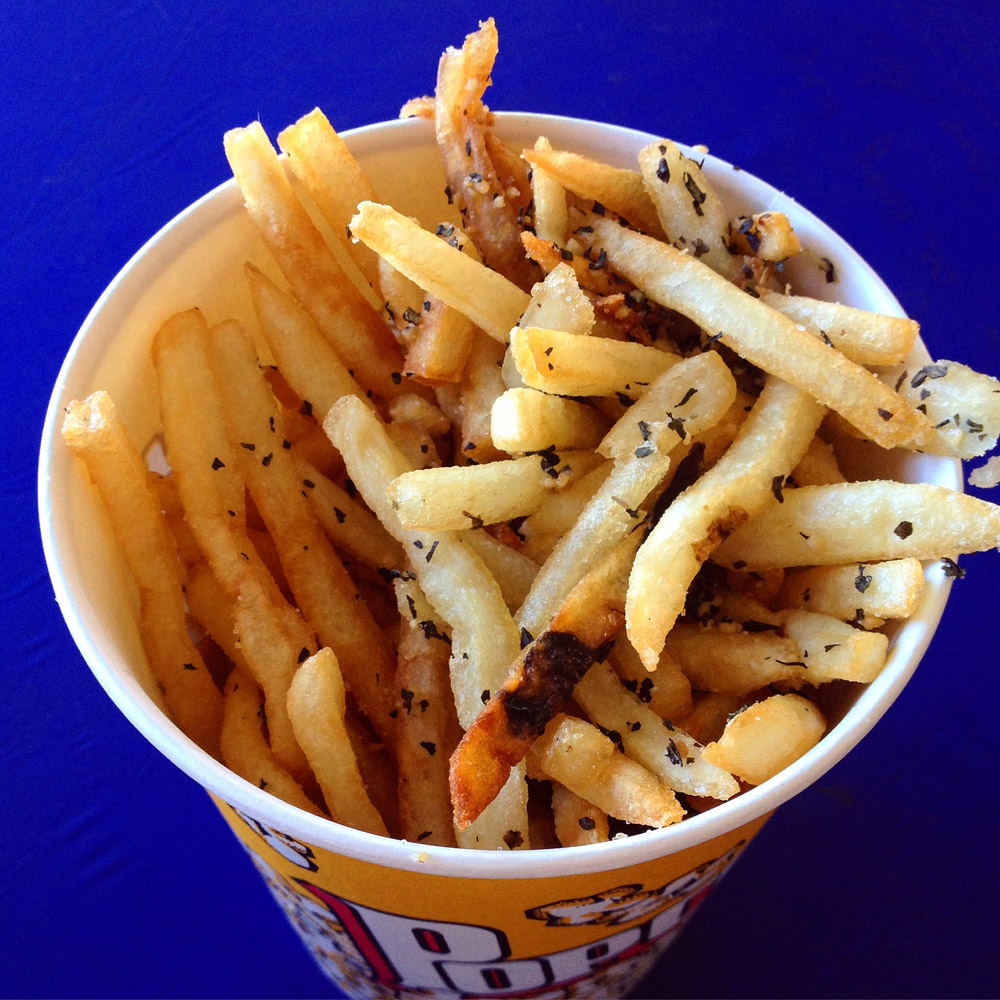 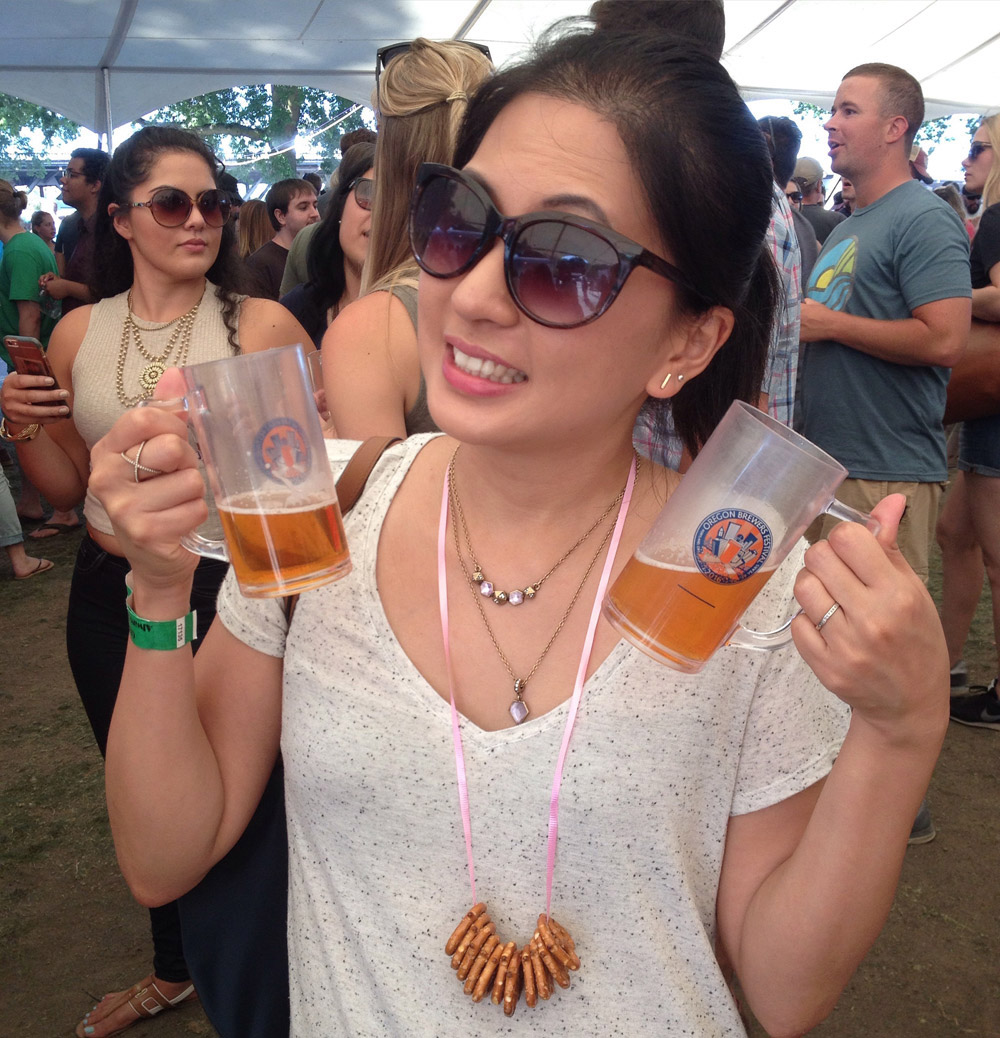 John took a turn wearing the pretzel necklace too and became the victim of this hilarious photobomb. I think the necklace looks better on him as the pink string complements his watermelon t-shirt. 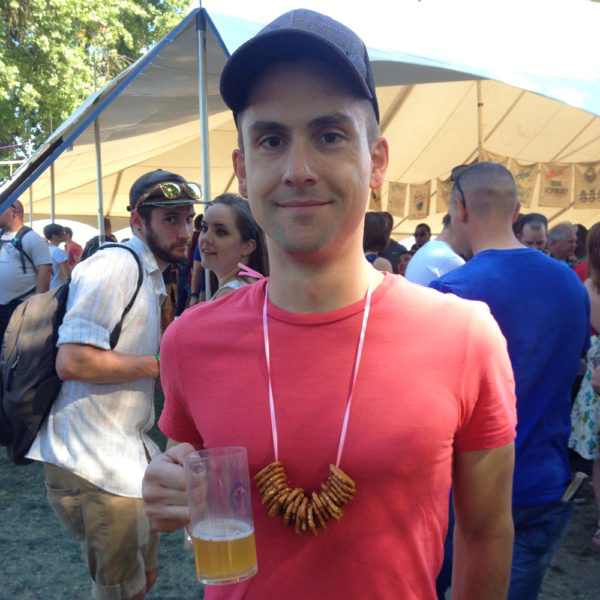 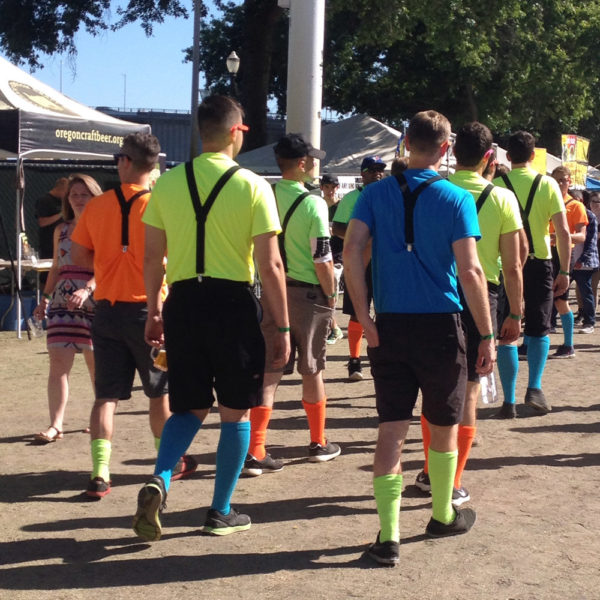 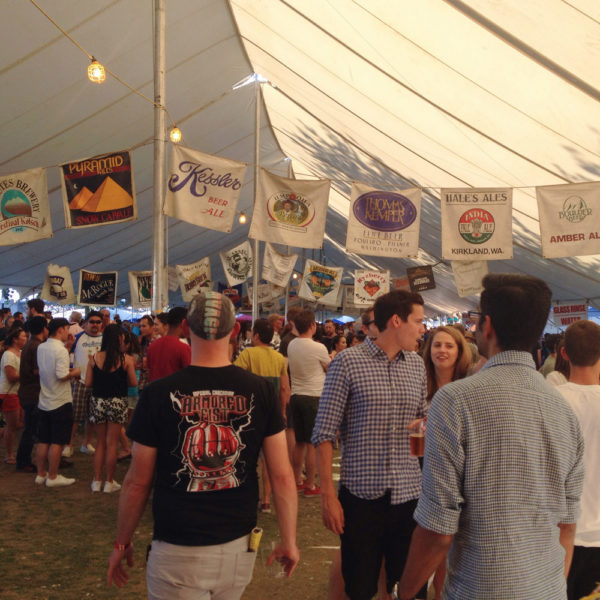 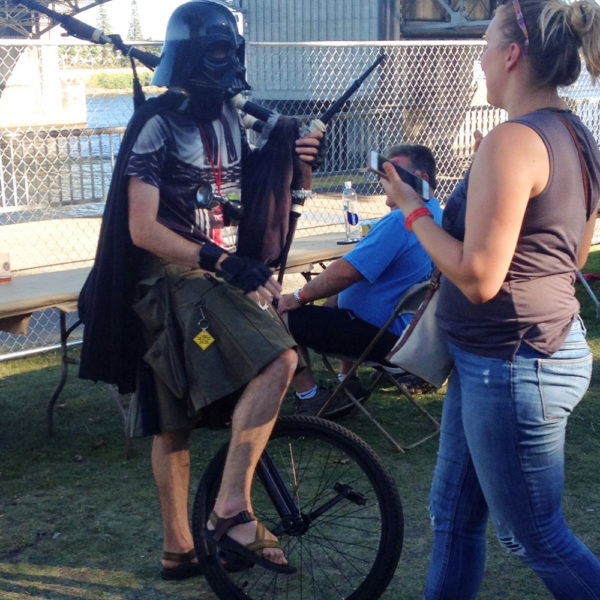 Some folks got dressed up for the occasion, and we even saw one guy with a large goofy looking hat covered in pins from every year of the Oregon Brewers Festival. Now that’s dedication. If you’re lucky you might even catch the Portland unipiper at the festival. Hope he didn’t get any beer on his bagpipes. I’m marking my calendar for next year’s OBF and so should you! 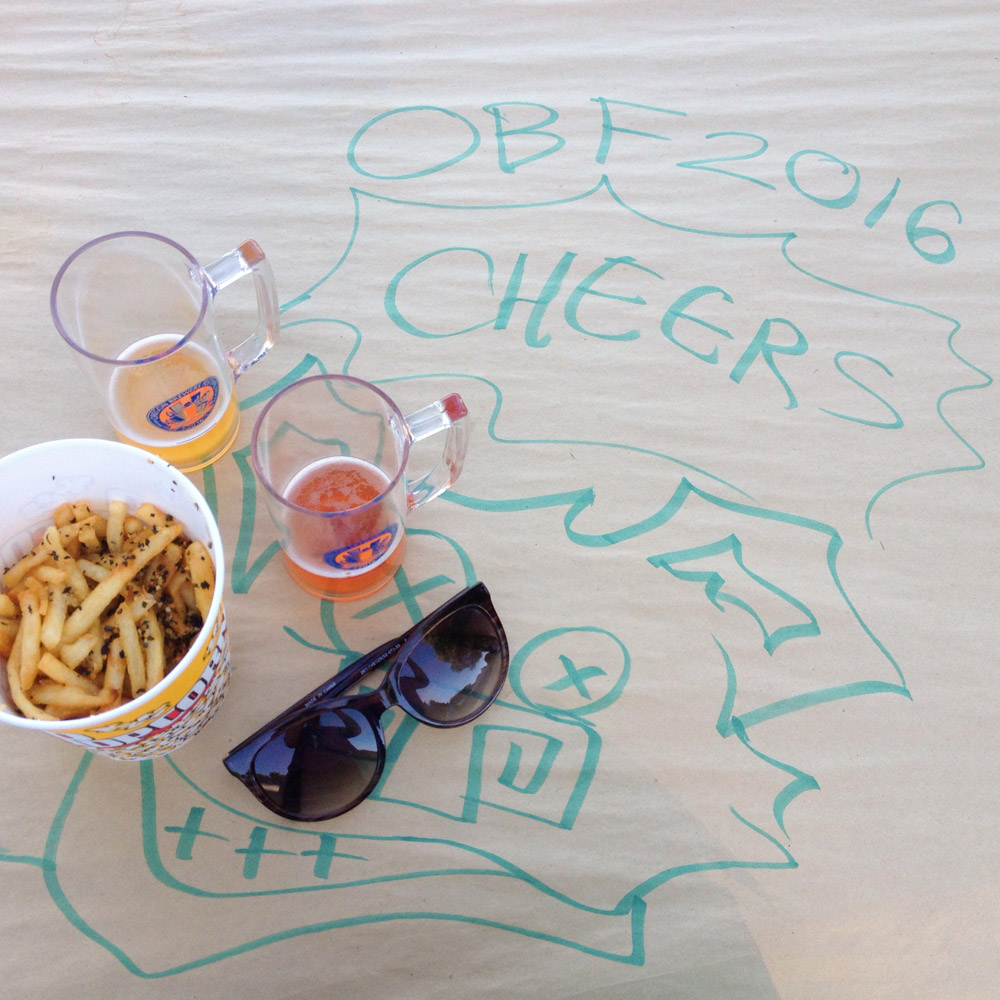 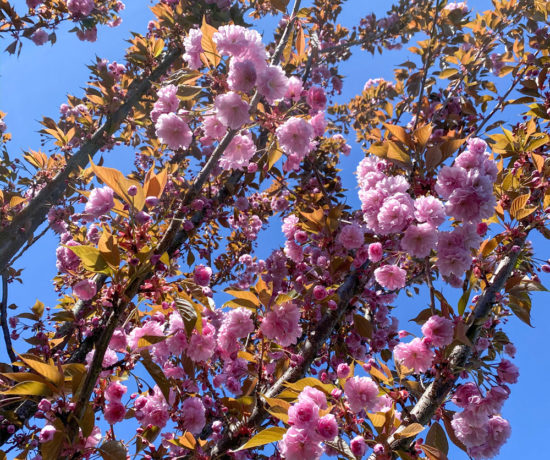 An Update from Portland 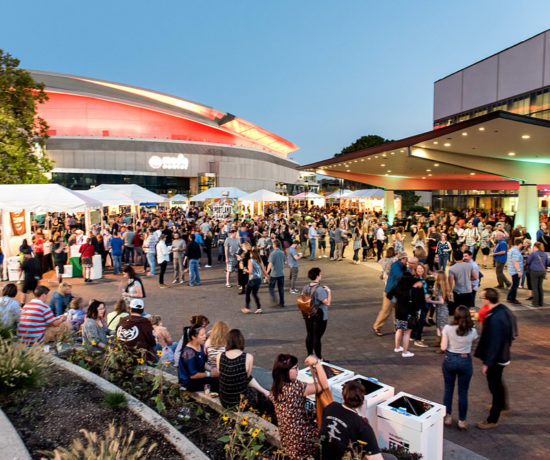 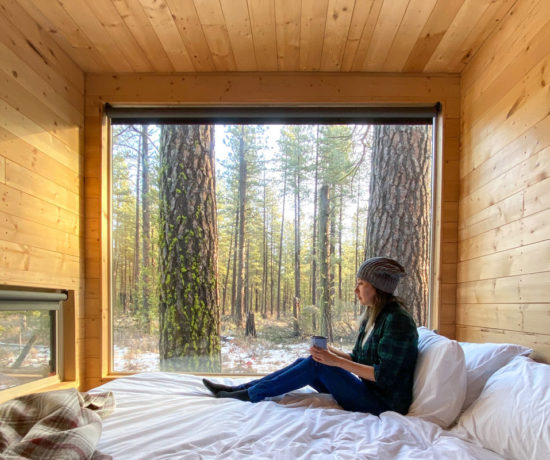