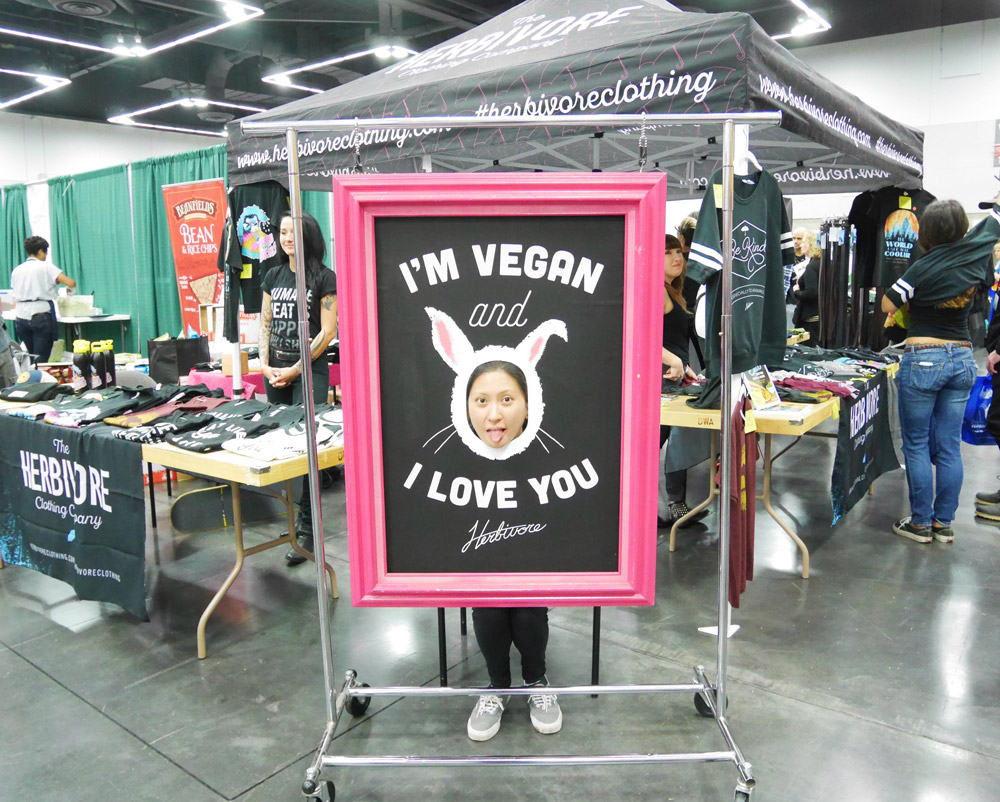 You guys know that I’m no stranger to vegan festivals, and as it turns out, Portland has more than one! We missed the big, boozy festival along the waterfront earlier this summer, but caught the 2016 Portland VegFest at the convention center last weekend. At $9, tickets are extremely affordable compared to many other festivals, and the exhibitors are comparable to those at other events. I lucked out and won a pair of tickets in an online sweepstakes. Kale yeah! 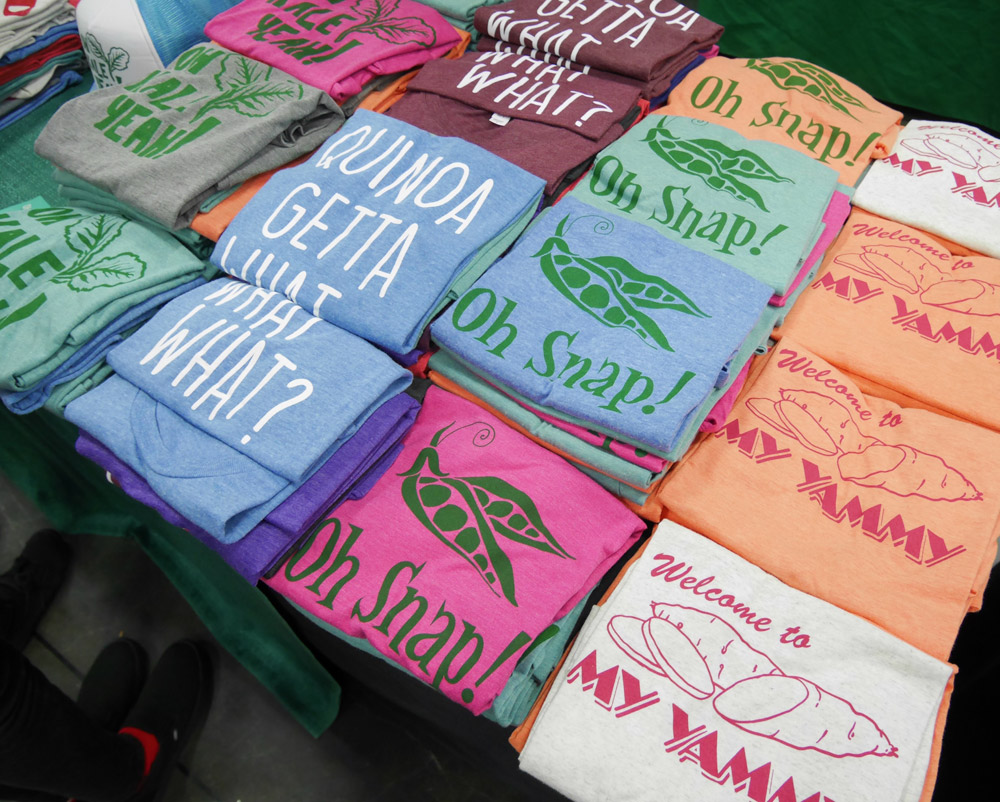 Our first stop after checking in at VegFest was the Pear Room for Alan Roettinger’s cooking demo. I didn’t realize this at first, but the demo ended up lasting an entire hour, which was a bit much for a salad and whisked dressing. We were starving by the time the demo was over and headed straight for the food vendors… 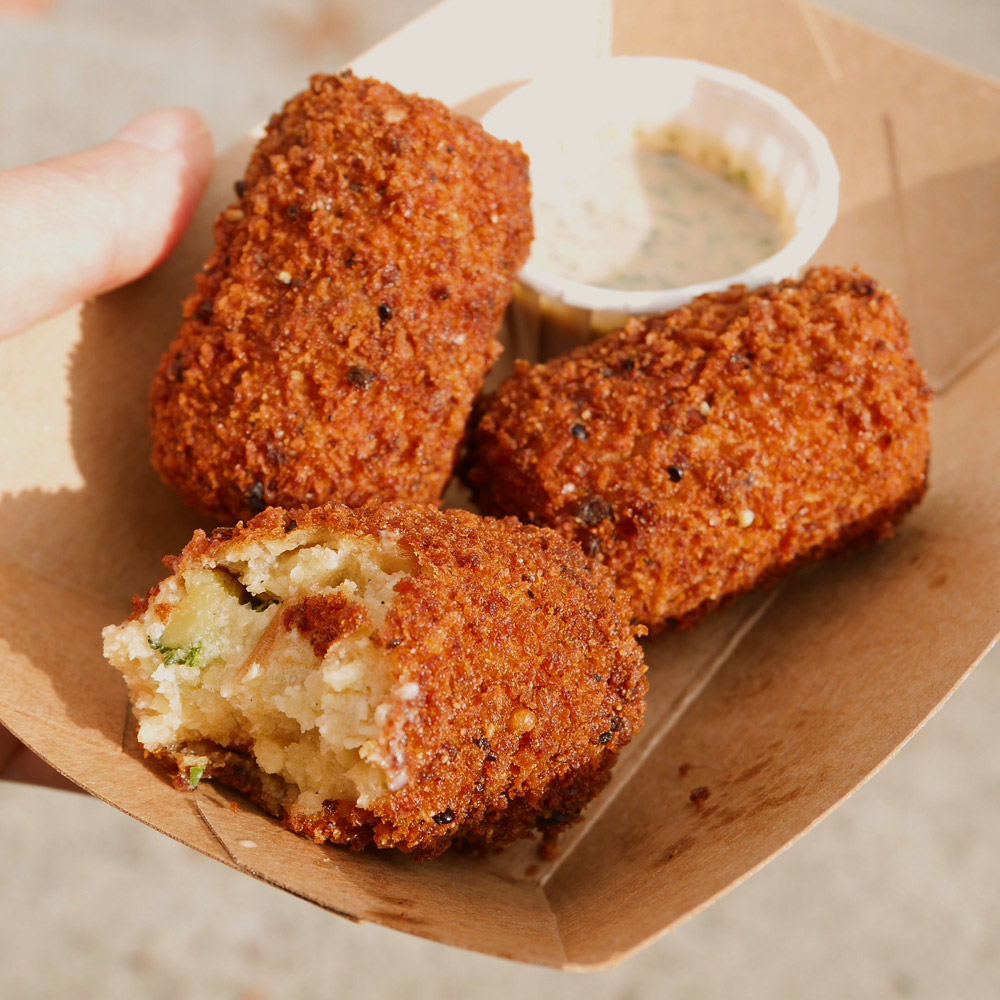 One thing I learned soon after moving here is that Portland seems to be obsessed with tater tots. Not a problem for me as I’m slightly obsessed with tots myself. I got an order of the giant tater tots from Obon. They fry ’em up on the spot, and the tots are lighter than the average tot as there are veggies mixed in there with the potatoes.

I know, I know… I can get Home Grown Smoker anytime from their deli or food cart, but it was hard to say no to the combo plate. The soy curls are tasty, but their smoked tempeh ribs have an incredible texture. No one does tempeh like Home Grown. John and I made the right call and shared the combo plate so we would still have room for food samples later. 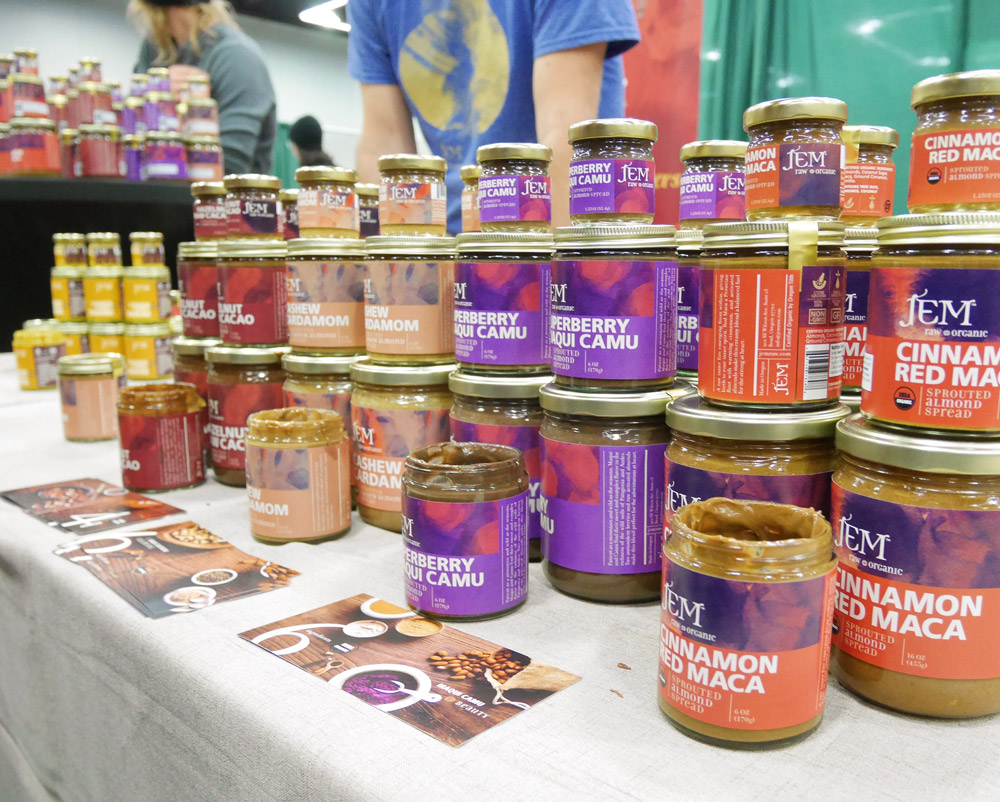 At every VegFest, you’ll run into a lot of the same major brands, like Daiya, Tofurky, The Jackfruit Company, etc. Out of all the usual festival exhibitors, the Field Roast burger was hands down the best savory sample! (I didn’t get any photos because people were swarming the Field Roast table, and it was difficult enough to grab a sample.) It’s fun to snack on samples from the usual suspects, but I’m always on the lookout for tasty newcomers. Here are some of the highlights:

Tofuna Fysh uses jackfruit and seaweed to make their tuna salad. They also have vegan fish sauce made of seaweed. 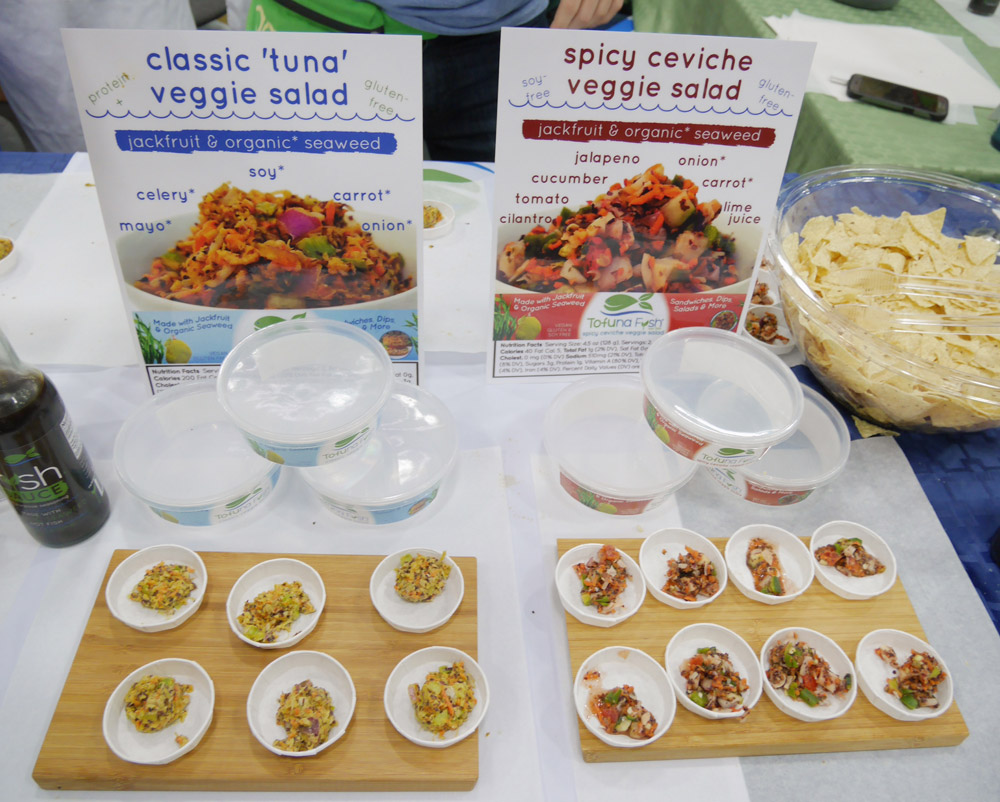 These might be the best kale chips I’ve ever had, and Starbucks apparently carries Rhythm snacks. They also make crunchy broccoli bites! 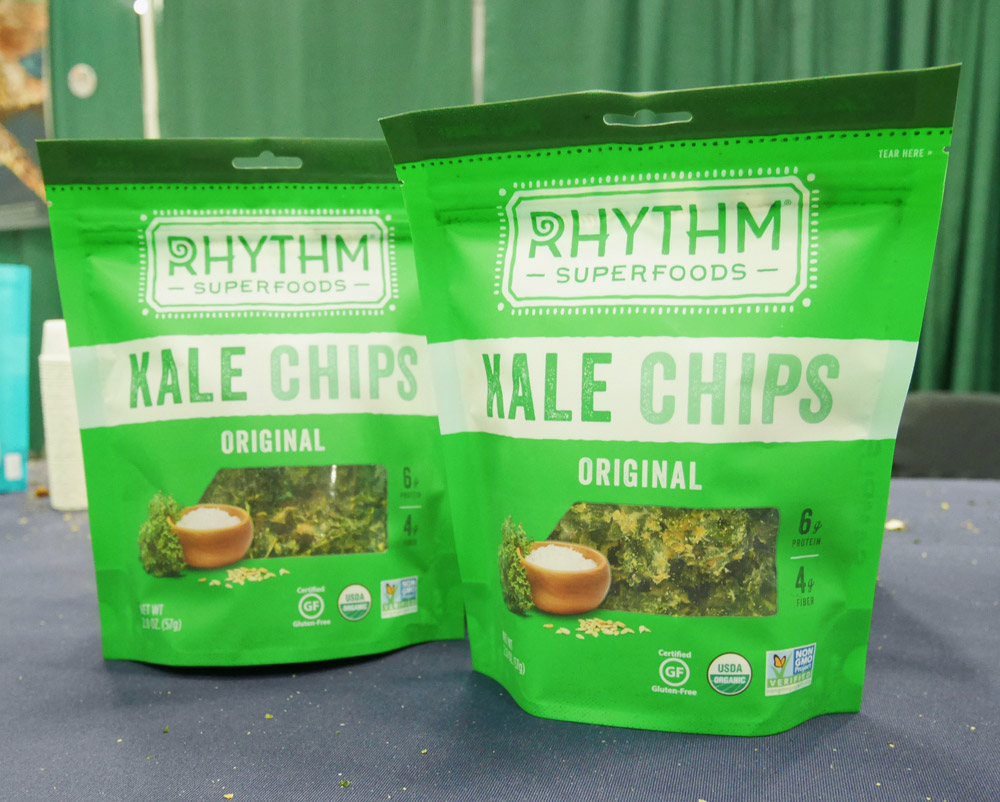 If I had not just purchased a vegan cheese making book and the ingredients pictured here, I probably would have picked up one of these cheese making kits from Urban Cheesecraft. 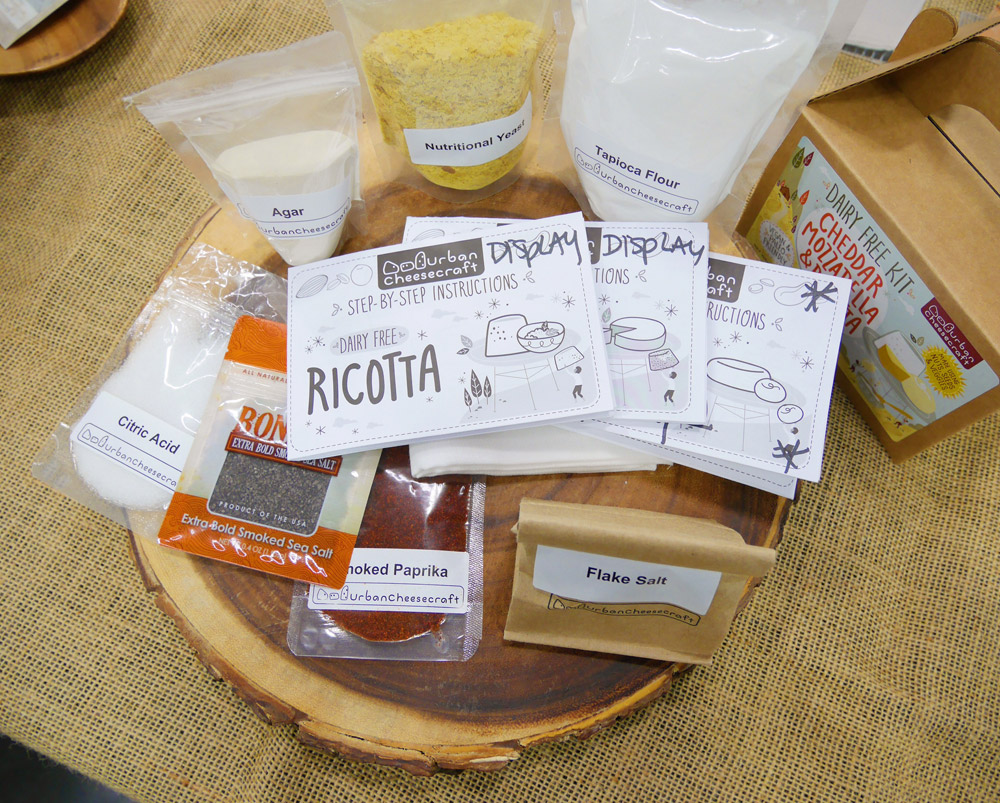 When you get thirsty, there are plenty of hot or cold beverage samples to sip on. My top pick was the white rose kombucha from Brew Dr. Kombucha. 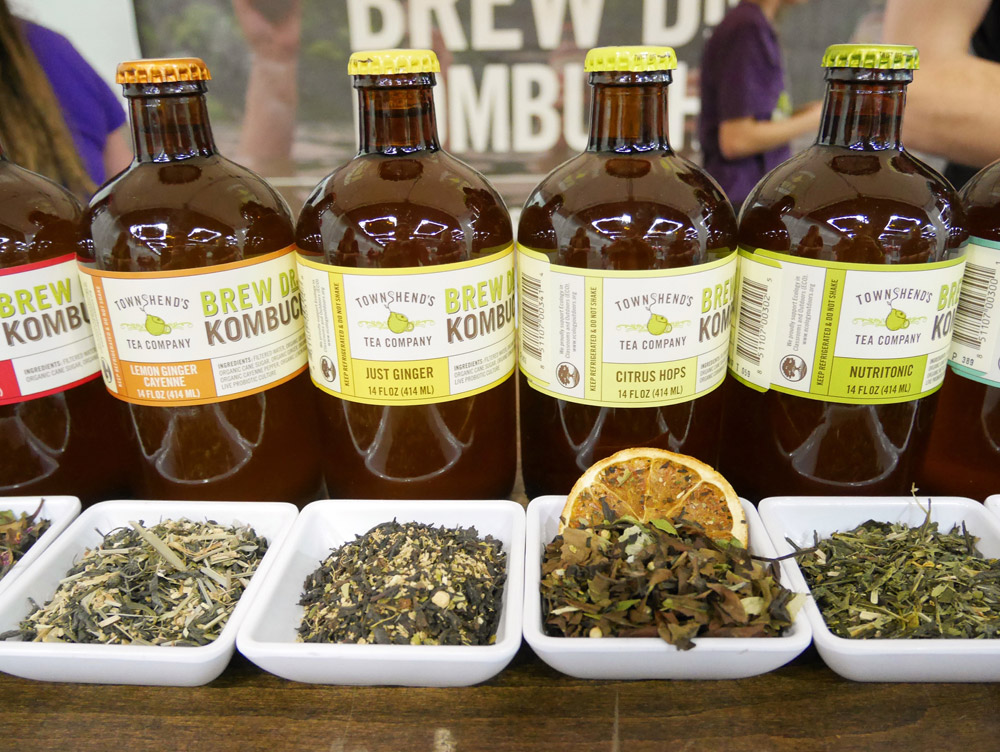 I tasted the hisbiscus health tonic from Fire Brew. Warning: these apple cider vinegar tonics are not your normal sipping vinegar! 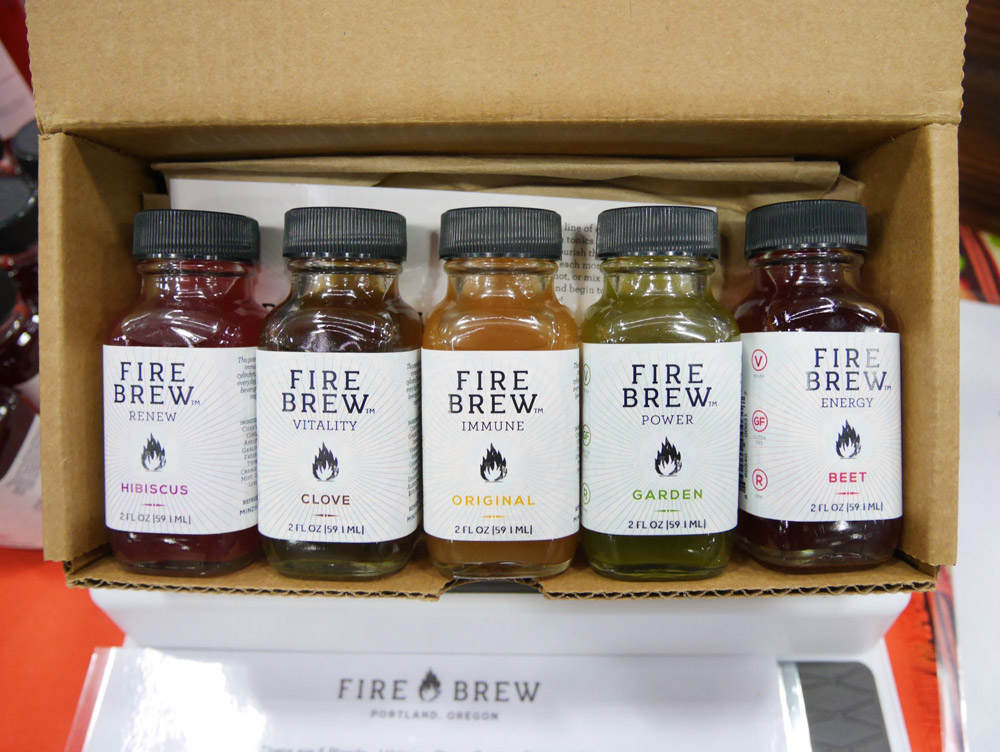 Then it was time for dessert samples, and Monkfruit sugar free chocolate did not disappoint. 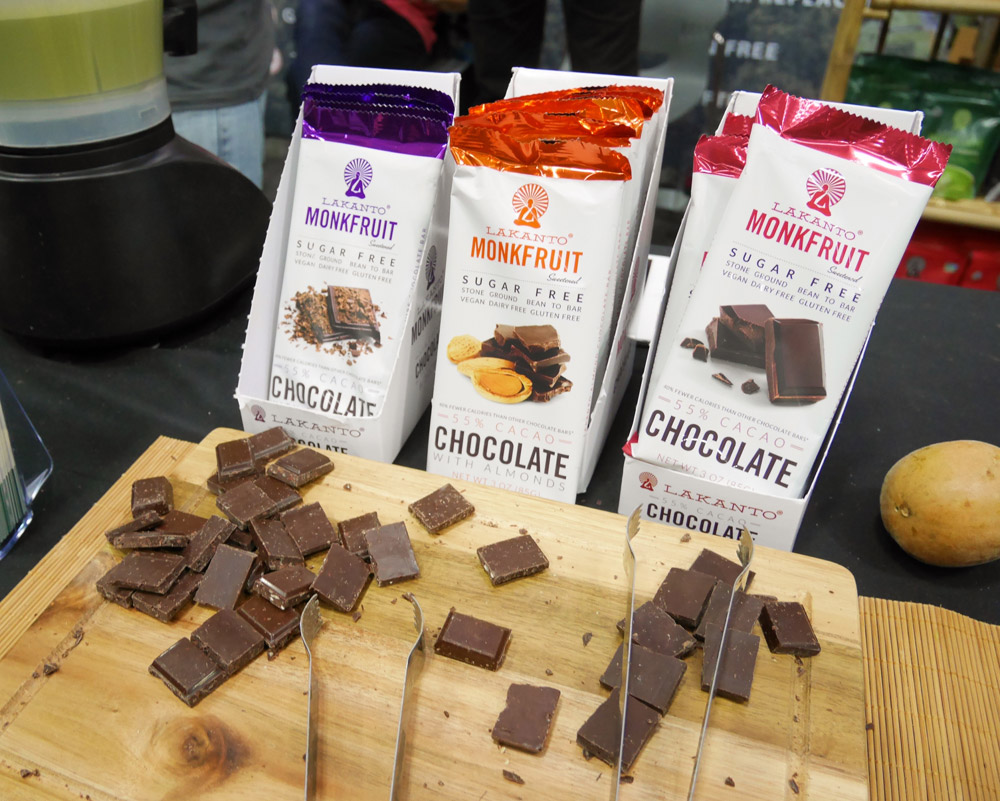 My favorite dessert sample was Almetta’s almond milk mousse. They’re based on Oregon, and they make tasty dairy-free treats. That dark chocolate mousse! 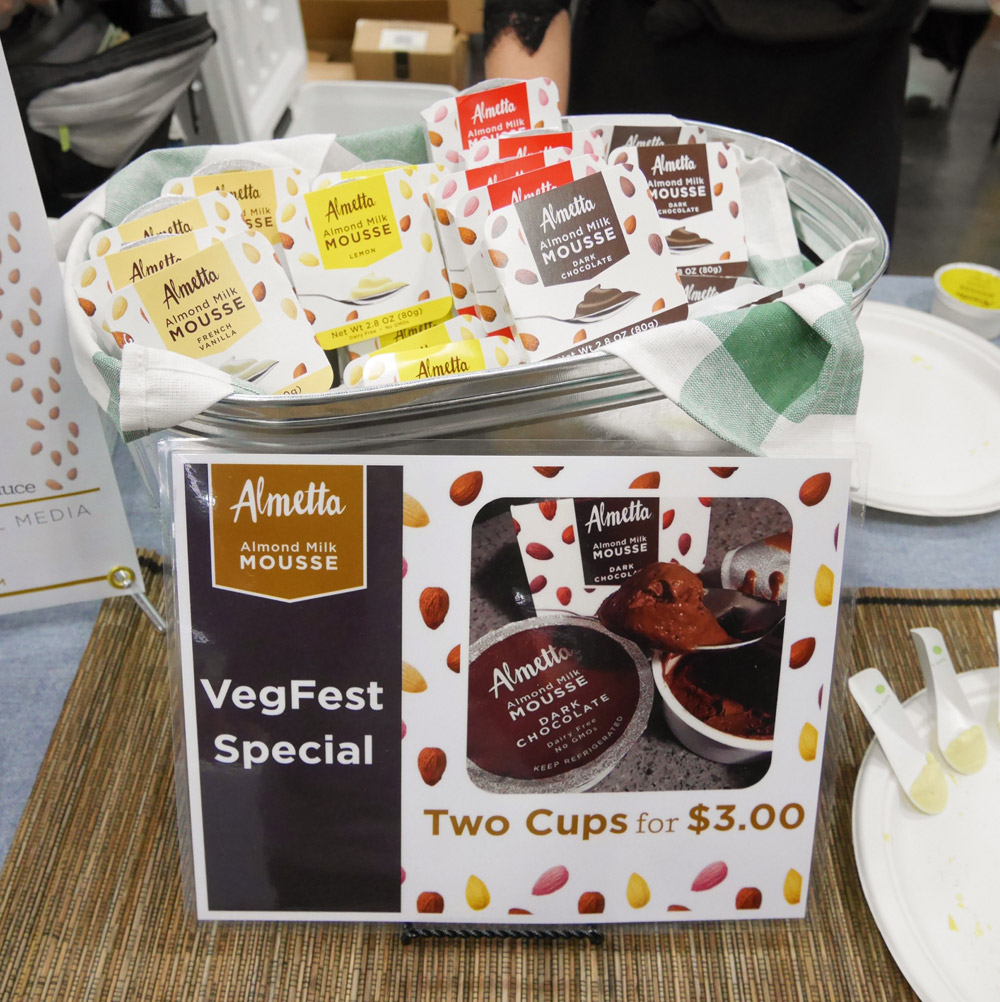 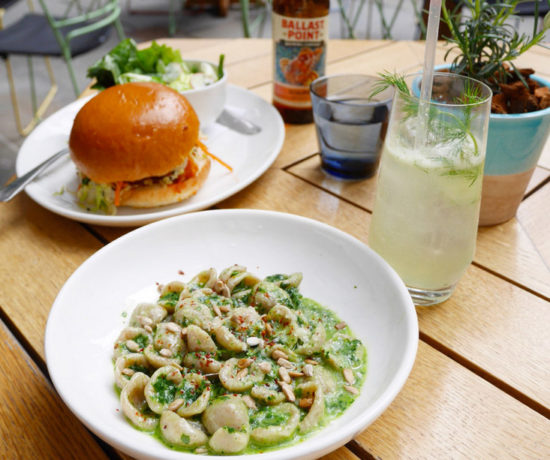 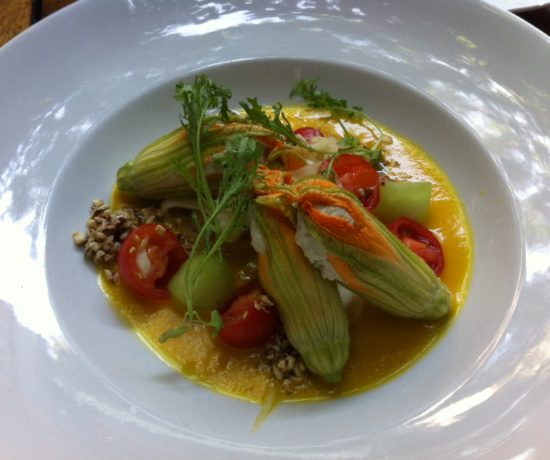 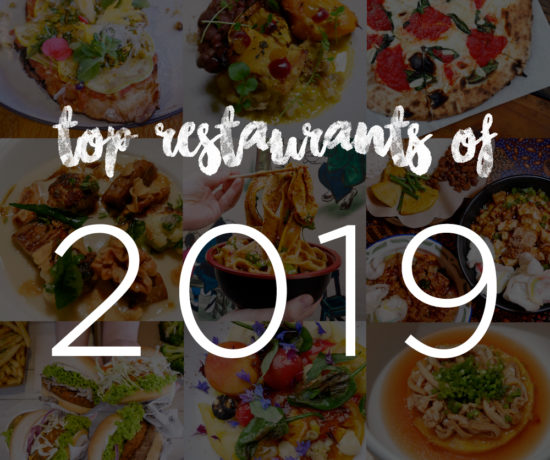