When Restaurant Week announced its winter restaurants list, I was thrilled to see that Dovetail was participating. Located on the Upper West Side, Dovetail is Chef John Fraser’s one Michelin star restaurant and has been on my to try list for a while. They’re known for their contemporary American cuisine and seasonal, vegetable-focused menus. On a regular day, it’s a bit of a splurge, but an excellent special occasion restaurant for both vegetarians and non-veggie eaters.

It was very empty when I visited for Restaurant Week lunch on a Thursday. This was clearly due to the snow, and I was tempted to cancel my reservation. It really was the worst day to step outside, but it’s not everyday that a Michelin star restaurant offers a 100% vegetarian 3-course lunch for $25. I had to do it! I saw on Yelp that some diners were initially disappointed that the RW menu was vegetarian, but most of them ended up being impressed by the food anyway.

Upscale and classy with lovely background music. Depending on the clientele, I wouldn’t be surprised if this place feels a bit snobby at times, but was very comfortable while I was there. The service was excellent and friendly. They seemed to be extra attentive, which was likely due to me dining alone. Yep, it’s just me and my sketchbook on a romantic lunch date.

My meal started with a fantastic piece of corn bread. I normally don’t like corn bread, but this was tasty. A balance of savory and sweet, plus the exterior had the best crunch.

I had a tough time deciding on what to order for my appetizer and entree. Too many vegetarian options that all sounded delicious. I settled on the Grilled King Trumpet Mushrooms with sunchoke, Asian pear, and seaweed vinaigrette. That seaweed vinaigrette had a really interesting flavor. The mushrooms were tasty, but the stems were a bit too tough.

For my entree, I ordered the Butternut Squash Manicotti with maitake mushrooms (more mushrooms for the mushroom monster!), walnut pesto, and preserved lemon. Absolutely delicious, sinful even. This was very rich and full flavored, especially that pesto, but when the richness seemed like too much, the tartness of the lemon shines through. They could probably cut back on salt without sacrificing the flavor, but this was really tasty.

For dessert, I considered getting the Devil’s Food Cake, but decided that the Coffee Semifreddo with dulce de leche, kumquats, and almonds would be a more unique dish.

First of all, what a beauty! Such beautiful presentation and combination of flavors. The coffee and dulce de leche were light, yet addictive. One thing I absolutely loved was how the flowers at the table matched my dessert, but that’s my designer heart geeking out over pretty colors.

I ordered the Wild Chrysanthemum tea to go with dessert. This was okay. The chrysanthemum flavor was light, but then again, I’m a tea addict and accustomed to strong teas.

There are a lot of Yelp reviewers that complained about still feeling hungry after 3-courses at Dovetail. Those stories usually end with them going to Shake Shack next door. I thought the RW menu, which tends to have smaller portions, was extremely filling. The food is rich and full flavored… I don’t think I could handle more than those 3 dishes. I really hope to come back here soon. Maybe for their Monday vegetable focused dinner menu.

Oh, and there was one review on Yelp that really amused me. One guy was still hungry after the RW lunch, so he ordered another round of the 3-course lunch. Hah, that’s the way to do it! 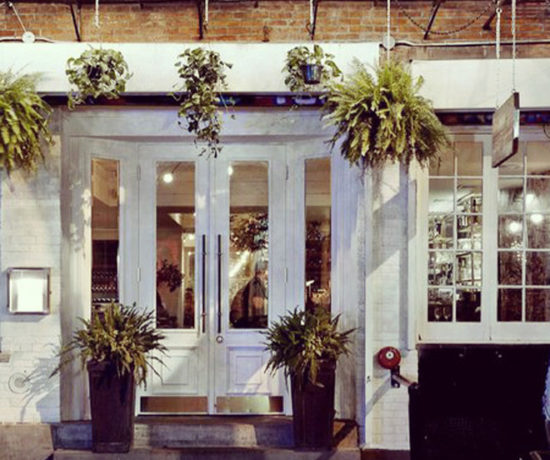 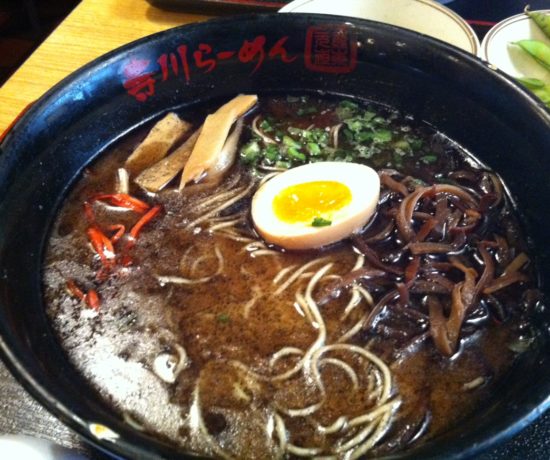 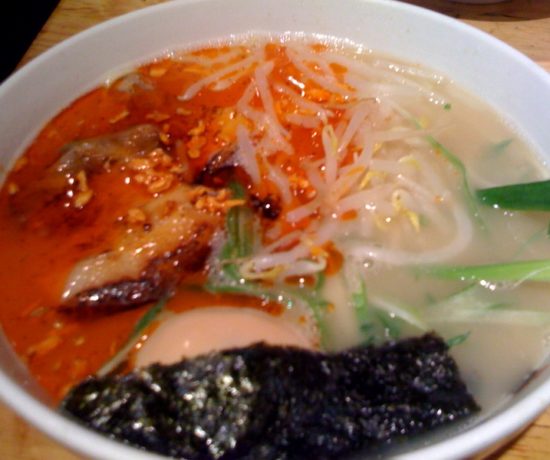